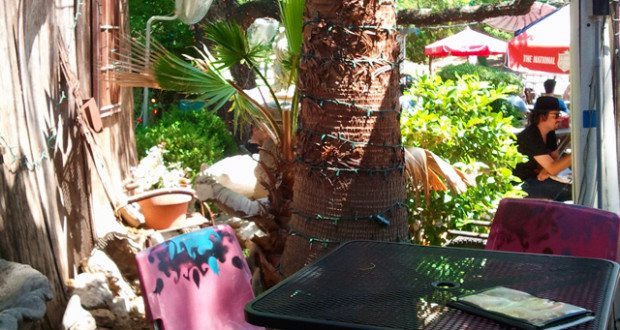 the pimp & ho tour goes through texas and into new orleans

this is my life on the road. the bikerMetric Pimp & Ho Tour! we’re kicking back under palm trees smoking tobacco, drinking beer and writing **** for you jerkoff motherf***ers.

thank you for being here.

the bikerMetric Pimp & Ho Tour continues it’s trek through the dirty south on our way to the bastards at dime city to get drunk at their party and cement my reputation as a revolutionary troublemaker none of you want to have anything to do with.

as of this moment, i am back in new orleans for the first time since september first, 2005. i can only tell you that i’ve wept and am glad to be home.

so much to tell….

after our trip through the floodlands it seems that finally the news has picked it up. i received so many facebook messages and emails from folks who had no idea. whoda thunk that bikerMetric would break that kind of news to thousands days before the “mainstream” media picked it up?

offing bin laden is not as big of a deal as our country being under water.

i ate and drank at the spiderhouse in austin for the first time in seven months. it was nice to return and see people who smiled when i walked in. they remembered me and were happy i was back. unbelievable. it’s the only place in that town worth a s**t.

we left austin, breezed through houston as all my clients and friends there wrote when they discovered we’d be coming about how they were out of town. oh well. see you next time. we moved on, laughing.

enjoy it while you can. 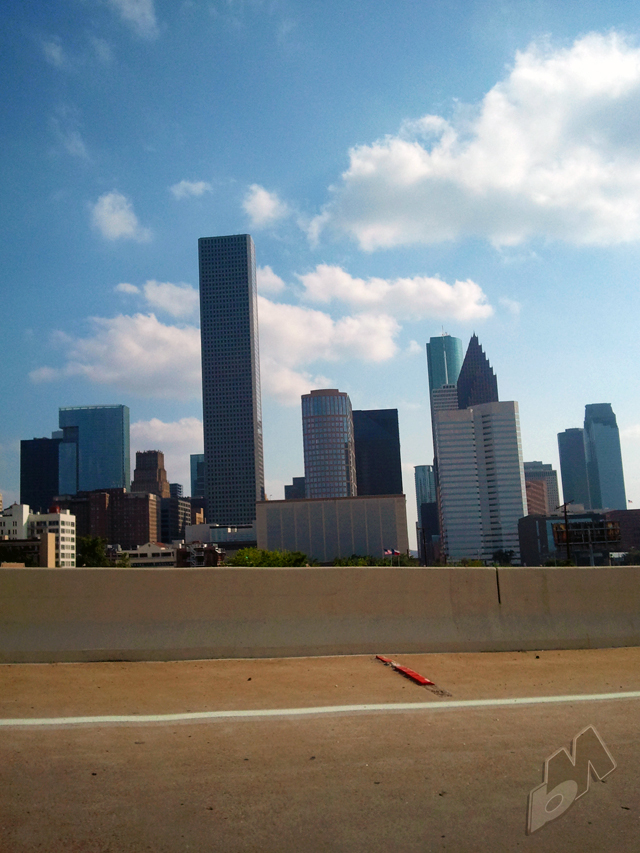 we landed in beaumont where i was kindly received in what was an “incredibly diverse” bar downtown called the orleans pub.

about that bar and it’s owner; it was a great place. on a sunday night it was the only bar in town that was open. i walked in around midnight and it was pretty dead. a black couple sat near the front of the bar and she got up to get me a beer, which i happily received. the bartender came in from her back patio and i introduced myself. after a few minutes of conversation i learned a few things. she is the owner, gay, it isn’t a gay bar, they have transvestite night, she rides a honda, her girlfriend rides a honda, she has two shovelheads in various various states of disrepair (mostly due to neglect) for sale for only eight grand, and she loves bikers and wants them to come to her bar to eat, drink, and have a good time.

i had a great time. being the only bar open in that dying town, i was thrilled to find it and find fun. i spoke with folks after they realized i wasn’t there to hurt “f*gs and nigg*rs” – which is what i get for looking look like a **** – and discovered many reasons (the bp oil spill, hurricanes rita and ike) why they struggle. it isn’t a catastrophe.

the oil refineries are laying people off.

“why are they doing that?”
“i don’t know.”
“i know. the world is pumping as much oil as it ever has. by slowing production of refineries, the cost of gas goes up. f**k the working man, the executives see profit when prices rise.”

then came the ingestion of more beer and talk of motorcycles and world domination.

the owner, chris, has a kawasaki two-stroke besides her shovels. she isn’t sure what it exactly is and i am awaiting photos. regardless, she’s selling it for only $500. come back to wherever you are and i’ll have info. if not, visit orleanspub.com and get yourself what you want.

now jesus cries back at me, matching my tears and anger with the promise of resurrection. it’s a meme of my life. it’s inescapable. i am here. you are there. words are substitutes for consciousness. 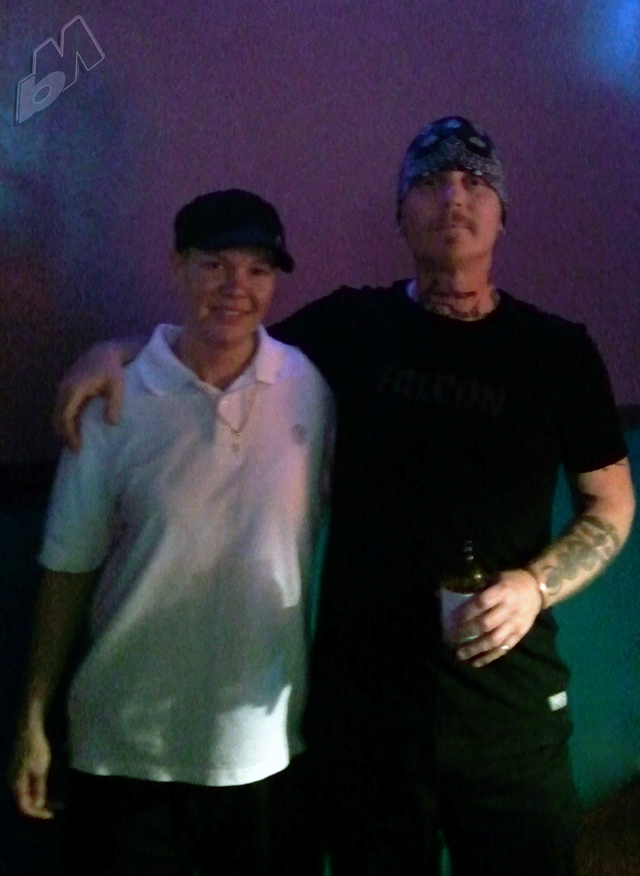 then we left texas. and this is what i have to say about that:

we drove and listened to music. no, i am not riding. we’re travelling with our dog and my bike is in a garage where she will sit until i can afford to fix all the f***ed up s**t about her.

the ho and i went to the alibi, an old hangout of ours. a wedding came in. the groom works for “a private security company” and was camped out on the roof of a downtown highrise in katrina’s aftermath and gleefuly told me how he “exploded that f***er’s head” with his long distance rifle because, in his estimation, the guy was carjacking some white folk.

all his friends were former marines. what fun. we talked about stuff. like murder.

now for the motorbike stuff. those of you who have read these pages for months or years know my belief that s**t is coming down and little economical motorbikes are the way to get around or die. this next ride is the epitome of that ethic.

according to the owner, the motor is “something i bought online for a hundred and fifty bucks.” it’s an 80cc thumper and gets 100 miles per gallon. by running with traffic, he guesses it goes as fast as 35 miles per hour, “easy.”

his half-gallon tank gets him around town all week.

joe fabbed the entire bike himself. i asked him how it steered. he laughed and i finished his sentence, “it weighs 40 pounds and you can do whatever you want, huh?” he laughed again and offered his card. if you want to love in new orleans, yes, love, because living is for corporate f**ks in cubicles with 50″ hdtvs, ring his a*s at 504.432.7042 and be where life is lived fully and a hangover can be cured at six in the morning, if you are so cursed as to have to wake an hour after you went to bed.

looking at his card, i asked if he was a contractor, as the word “construction” and an image of a guy bent over showing his a*s crack while seemingly building a brick wall was printed upon it. “i flip houses,” he replied.

we talked about that and then about custom bike shops in town. i told him i was looking for a good custom shop or three in town and that i’d been in contact with the guy who designed confederate motorcycles before the hurricane and how i blew him off because he was a jerk. he laughed and told me he’d heard that and directed me to places where i might meet like-minded mofos.

sadly, none were in new orleans.

i will have to open a custom shop myself.

the man who built this chopped and radical scooter is jordan vase. call him at the number above if you want to live in the city with citizens more prepared for the end of the world than any other city in america.

tell him i sent you. come and join us.

now for pictures of my first day in new orleans since three days after you-know-what:

we’ll be leaving nola in a day or two to get to tampa on saturday. if any of you motherf***ers are on our route, email my sorry a*s and buy me a beer. meet my top b**ch. we’ll eat greasy food and laugh. you better have a cool bike, or your beer money will be wasted. 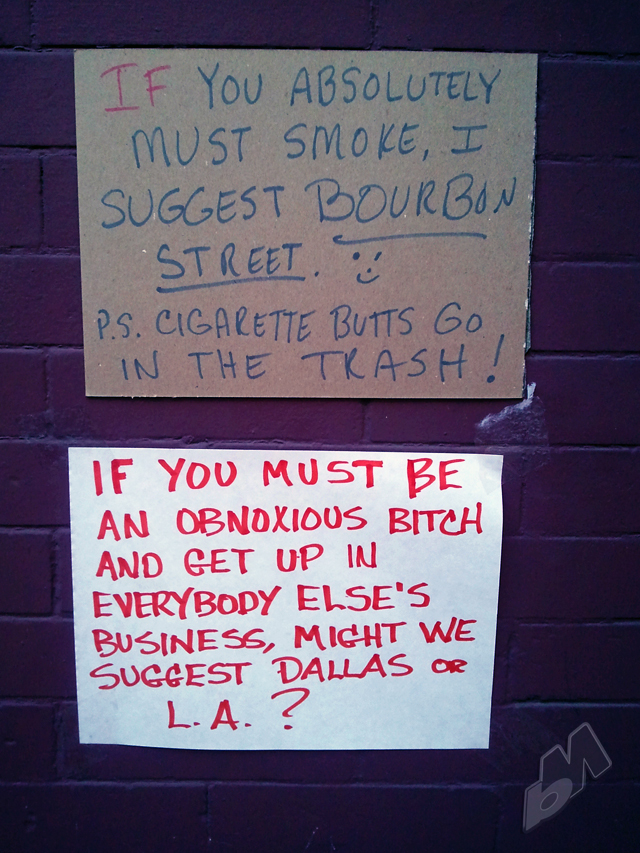