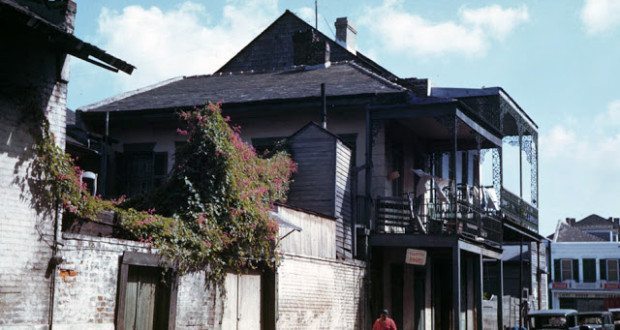 it is hard to pin down the origin of this song. from my research, my guess as i begin this is the tune is at least 300 years old. maybe older. the lyrics are american writ. 200 years old themselves. the melody, from somewhere…. maybe scotland. i play mostly older versions so far. here is one, recorded by woody guthrie in 1941.

that’s not old. this is georiga turner, who recorded the following when she was 16 in 1937:

but those are not the oldest versions. another version of the song was called “rising sun blues” and was recorded by a man named clarence (aka: tom) ashley in 1932. the song, he said shortly before his death in 1967, was “too old for me to talk about. i got it from some of my grandpeople.”

the song’s origins can be dated to considerably older than this recording as during the early 1930’s those who sang it, mostly in the appalachian mountains in tennessee and north carolina, said they knew family who had handed it down since the civil war.

many soldiers visited new orleans at that time and from all versions of the lyrics, it seems it was written by a man after his visit “down in new orleans.” also, to give credence to the “house of ill repute” connotations of the lyrics, the oldest lyrics are from a woman’s perspective with lines such as:

now boys don’t believe what a young girl tells you,
let her eyes be blue or brown,
unless she’s on some scaffold high,
saying, “boys, i can’t come down.”

if i’d listened what mama said
i’d be at home today
being so young and foolish, poor girl
let a gambler lead me astray

therefore, we go back to the mid-1800’s to discover the birth of the lyrics. where clarence’s “grandpeople” learned the song is uncertain. his family arrived in america in the early 1700’s from ireland which is where others say the melody was first written.

when ashley was 16, a medicine show came to his town of mountain city, in the far northeast of tennessee and before the show left, ashley joined as a banjo picker and singer. he traveled with “doc white cloud,” supposedly a full-blooded native american. the medicine show had a great deal of influence on clarence ashley and it’s sure he sang what is now called “the house of the rising sun.”

as far as i can find, ashley’s recording is the second oldest – the oldest being a record from 1928 by texas alexander titled “the risin’ sun” – and it was being played long before his birth.

as for the “house” itself, “the rising sun hotel” may have been located at 535 conti street in the french quarter. in january of 1821 new owners took over an an advertisement for the hotel in the louisiana gazette stating how they will “maintain the character of giving the best entertainment, which this house has enjoyed for 20 years past. gentlemen may here rely upon finding attentive servants. the bar will be supplied with genuine good liquors; and… the fare will be of the best the market or the season will afford.” while the ad does not prove anything illicit was happening at the rising sun, it certainly suggests it was a place where men went for a good time. the hotel burned to the ground a year later and was never rebuilt.

now we have some history of the “house” dating to the turn of the 19th century, over 210 years ago.

in 2005 this site was excavated by archaeologists in search of ancient native american artefacts, and some interesting things were unearthed, making the former hotel “look impressively like a bordello,” according to the lead archaeologist, shannon dawdy, who cited finding combinations of broken pieces of “tons of liquor bottles” and several “rouge pots,” which would have been common for ladies to possess as a place for what we today call “makeup.” but liquor bottles and rouge pots together? one can easily surmise drinking men and “ladies of the house” spending time together.

that historical fact is about a house in new orleans called “the rising sun” where men surely gambled, drank, and possibly paid for *** from 1801 to 1822. from other records (mostly letters) it was known as “a place where working men could sleep and women would please them should they ask.”

seventy-six years later, in 1897, city councilman sidney story’s city ordinance was enacted legalizing prostitution within a 16-block area in new orleans as an effort to control and regulate it. over time this area was to be affectionately known as “storyville,” and it was estimated to house as many as 2,000 prostitutes. twenty years afterward in 1917, the department of the navy convinced the city to close down the district “in an effort to curb vice because of the proximity of armed forces personnel.”

ironically, 24 years later the same navy legalized prostitution in an area of honolulu during world war two to “control and regulate it,” mostly to keep their servicemen from catching syphilis and other nasty sexually-trasnmitted diseases. after the war, that changed.

another story speaks about a famed house at 826-830 st. louis st. which was allegedly a brothel originally run by madam named marianne le soleil levant, whose surname, le soleil, is french for “rising sun.” she ran the brothel from approximately 1862 until 1874.

today, the three-story white house is owned by attorney darlene jacobs levy. she inherited the building when her husband died in the late 1980s and she began renovating the front apartment of the derelict home as a place for her father to live. workmen at the site discovered risque postcards of half-dressed women from the 1800s behind a wall and uncovered fancy fluted columns and a ceiling mural of a golden rising sun surrounded by three cherubs. levy contends the house was a bordello operated by a succession of different madams for many years before her husband bought the building. when he bought it, she dows not say.

eric burdon, the vocalist for the animals, who scored a huge hit with “house of the rising sun” in 1964, wrote in his book “don’t let me be misunderstood” about meeting levy and touring her house.

“it was all i’d dreamt it would be,” burdon wrote. “a palace in the new orleans heat. it was a wondrous feeling learning that the place i’d fantasized about for thirty years wasn’t some run-down shack but was in fact a place of beauty.”

the song, then called “the first folk rock tune,” changed everything. what it changed, we will leave here, as folk rock exploded after the song was released, which was recorded live on the first take in may, 1964, and an edited version (ie: cutting out the good parts with the final still “too long” for record executives) sold a million records within two months.

mister price has said the song originates in england and is about a soho bordello. how convenient. nice organ work though, man.

back in new orleans, the owner of the levy-owned house says she has no legal documents to prove the building’s past as a w****house, saying, “it has been passed down in history and folklore as being the ‘house of the rising sun,.'”. levy restored the house out of a duty to conserve historic structures, she says. “what you see now is what we feel is the original house as it was in the 1800s.”

i think the house the lyrics refer to was the one burned 109 years ago.

throughout history, the lyrics have also changed. like the childhood game “telephone, (as it was called to me in 1972)”, the song traveled and new lyrics were used as it was spread by “word of mouth.” forget a lyric by the campfire or waiting for the train to come or even earlier, sitting on your porch with family after supper or hammering spikes into the ground in a rhythm and a song comes to mind to make your day better. singing it. improvising an old blues tune…. hallelujah!

how many wanted to go to new orleans when their work was done?

sing it loud. hammer it down. sing “the house of the rising sun.”

here is my version. as a musician, sound engineer, and songwriter, i hope to record it one day. my guitar and me. no drums. no bass the words in parentheses are sung by the chorus.

(dead people in the stagnant stream)

don’t tell my little sister
she’ll come and tell me no
put that bottle down, she’ll say
and go to walk alone

i gambled and faced forgotten words
waking she says what?
momma send some cash right now
they think i am a cop

(and they told me to believe) 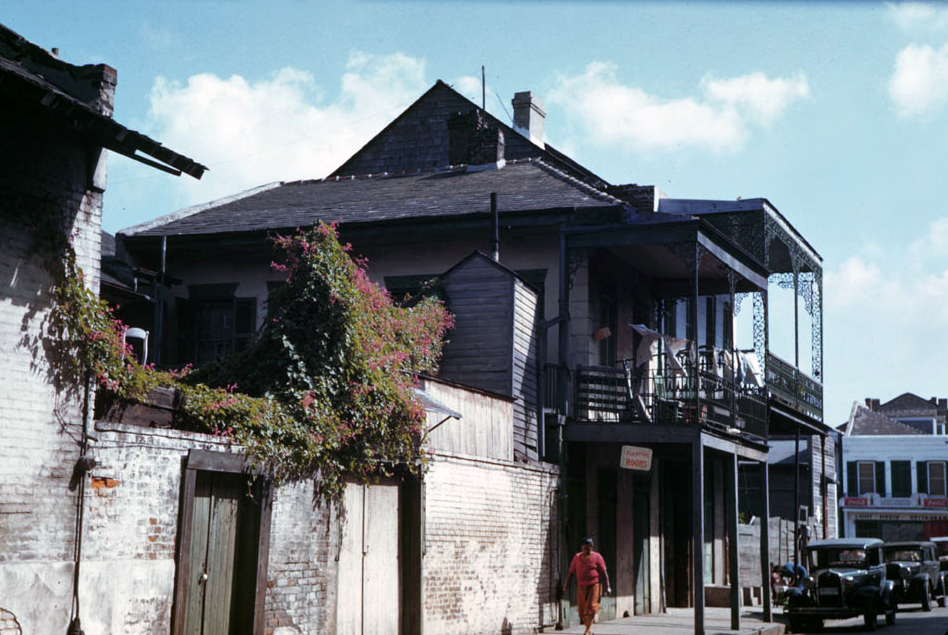 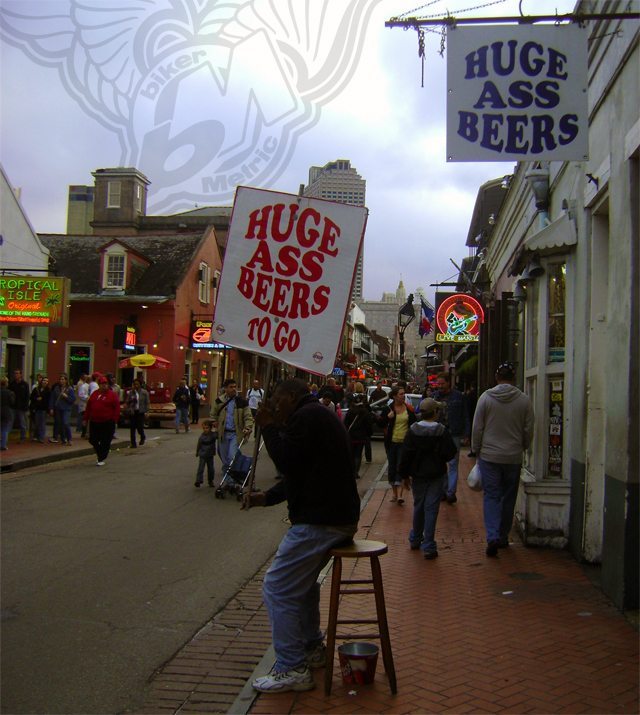 i missed it again. yesterday was national beer day! i just set ...