Home / Friday's Post of Cool Stuff / friday’s post of cool stuff #67: the end of the year as we know it

it’s the last day of the year because as often happens, friday’s post of cool stuff isn’t done until saturday. i’ve been busy obsessing over the declaration of independence, and have edited it in greater detail than i did in a post a few days ago.

you can see a perfectly readable version on facebook, with capital letters and the dramatic foundation laid down by thomas jefferson, among others. click here to “attend the event” on july 4, 2012.

we may soon discover what is truly important, and it won’t be driving a new ford truck, dressed in affliction t-shirts. 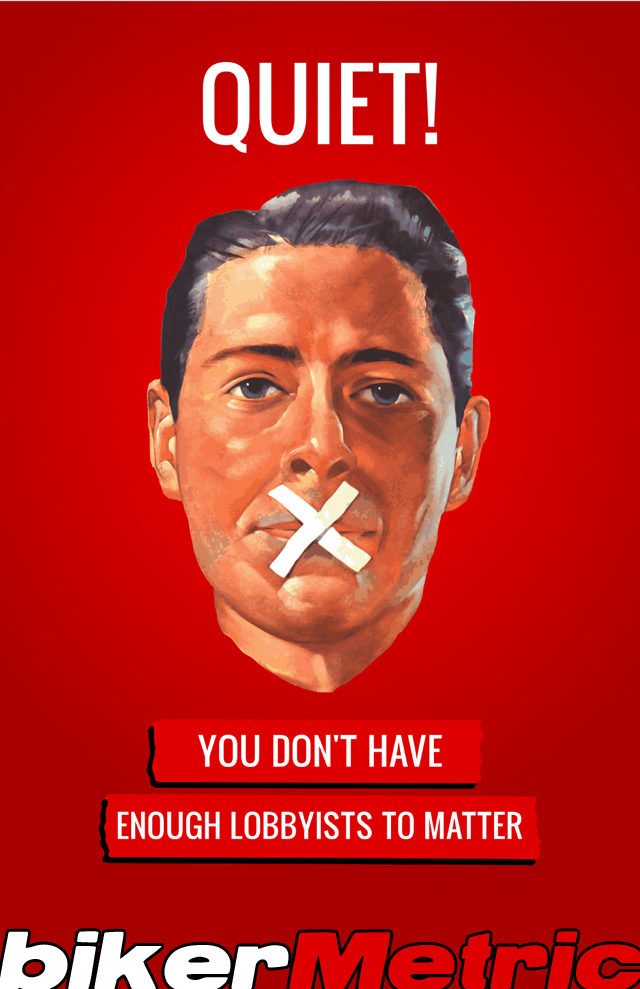 all right, now for a little metric mayhem, some masculine motorcycle madness, a bit of motobiker bro-ha-ha, and it starts with bikerMetric supporter don wood.

those that don’t know much about don wouldn’t know he’s a “moonshiner.” well, seems that’s the latest cool thing to be, and while don was cool before this kind of cool was cool (note to self: get a thesaurus), you may enjoy this little vid:

lately the bikerMetric facebook group has been gaining a lot of cats from bali. one of the new members of our little club is a dude named eka. that’s him on his raked-out metric chopper.

as you may be able to tell, his chop has a pretty small motor. that’s because the balinese government does its best to limit the size of motorcycles to under 250cc. it’s a relatively small island (90 by 70 miles) and it seems the government doesn’t think anything over 250cc is needed, so they jack up the taxes on larger motorbikes, effectively putting them out of financial reach of the average bali biker. 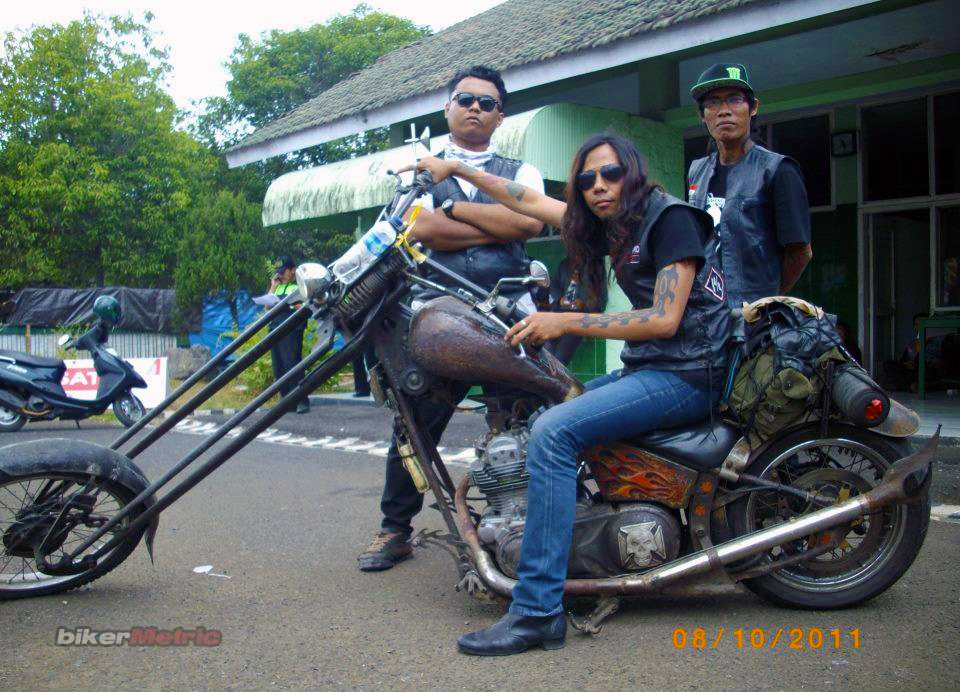 work with what you’ve got! i dig it. it’s radical.

another group of bali bikers on bM is bobbers bali. they’re also musicians:

right the f**k on, gentlemen. thanks for your membership and support.

finally, another bali group is suro wildhogs. here is the bike ridden by one of their members: 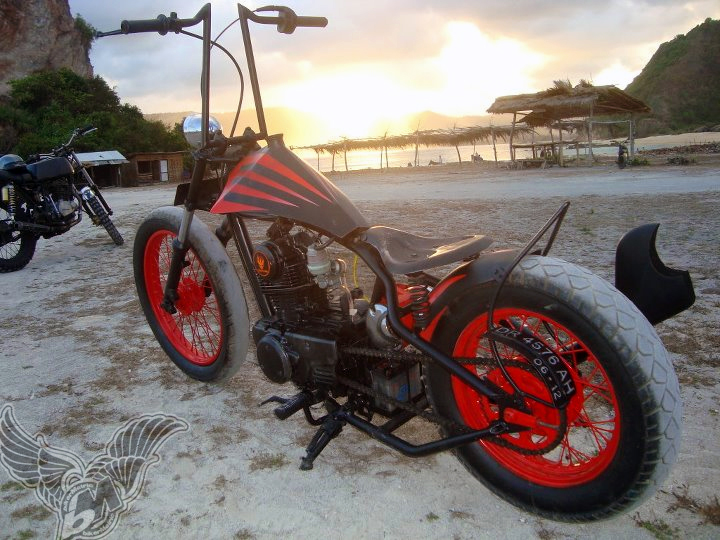 another bikerMetric wastebook member who can build a killer bike is david belhassen from nice, france. he built the clean 2004 triumph thruxton 900cc bobber you see below.

after the wheels (21″ front, 16″ rear), almost every part on this bike was hand-made by david. the frame come from the states but needed major modification to accept the motor, radiator, and other more modern elements of a new trump engine. 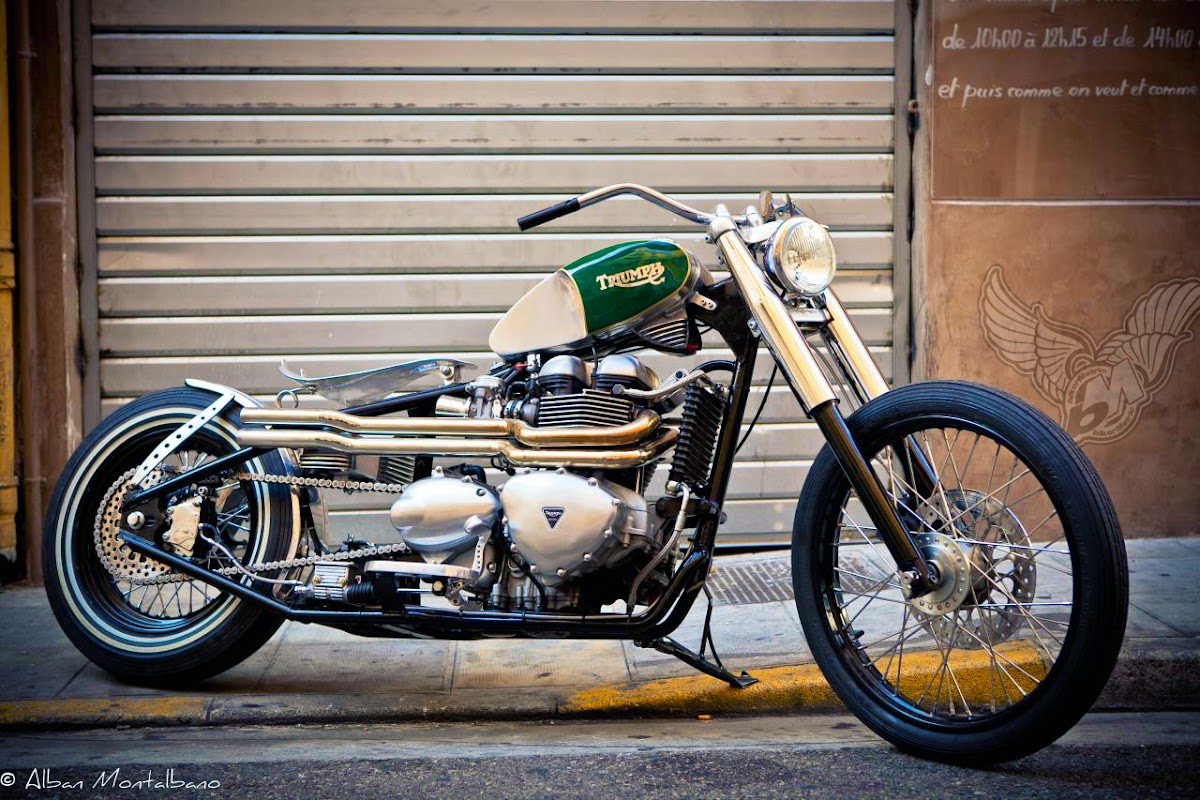 many of the parts david made are solid aluminum, including the 2.5 gallon/9.5 liter gas tank (the first he ever built), floorboards, controls, many engine components, the electric box, fluid resovoirs, fender, and the seat pan. he also built the exhaust, the forks, and scrambler-style handlebars. this fine thruxton bobber has an internal throttle and is about to get a two-into-one exhaust. nice. 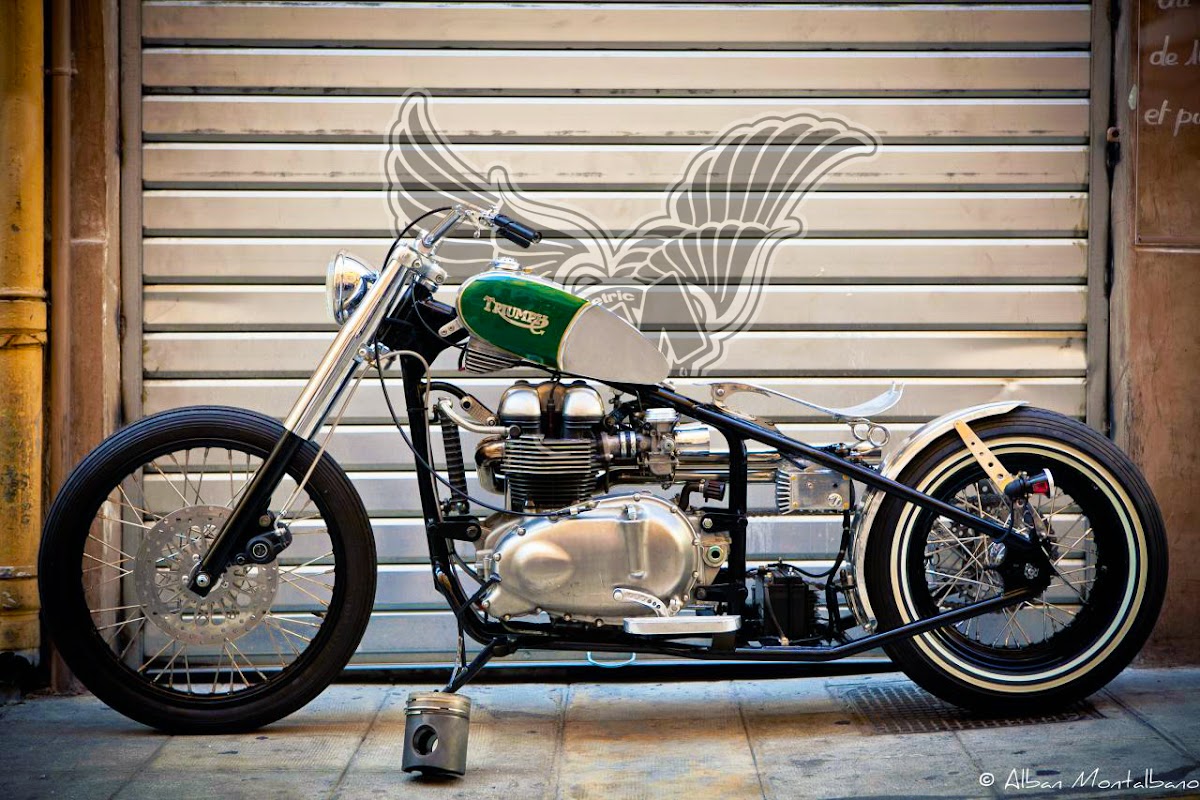 that was funny. nice. he lives in nice. get it? whatever….

i don’t make money doing this but i keep working because it’s been made clear to me there is a need for more than the same old sh*t, different day. whether it’s in metric motorbike form or socio-political rants, i’ve heard from you and you’re digging it. thank you all for your patronage of these alternately drunken, rude, poetic and sometimes sublime pages.

affordable custom metric motorbikes is a metaphor regarding who we are, what we are doing, what is needed, what is not, and why we care. it’s a philosophy of how to live when everything is being taken from you, and not wanting it all back when you toss the thieves and liars into a mass grave and light it afire. 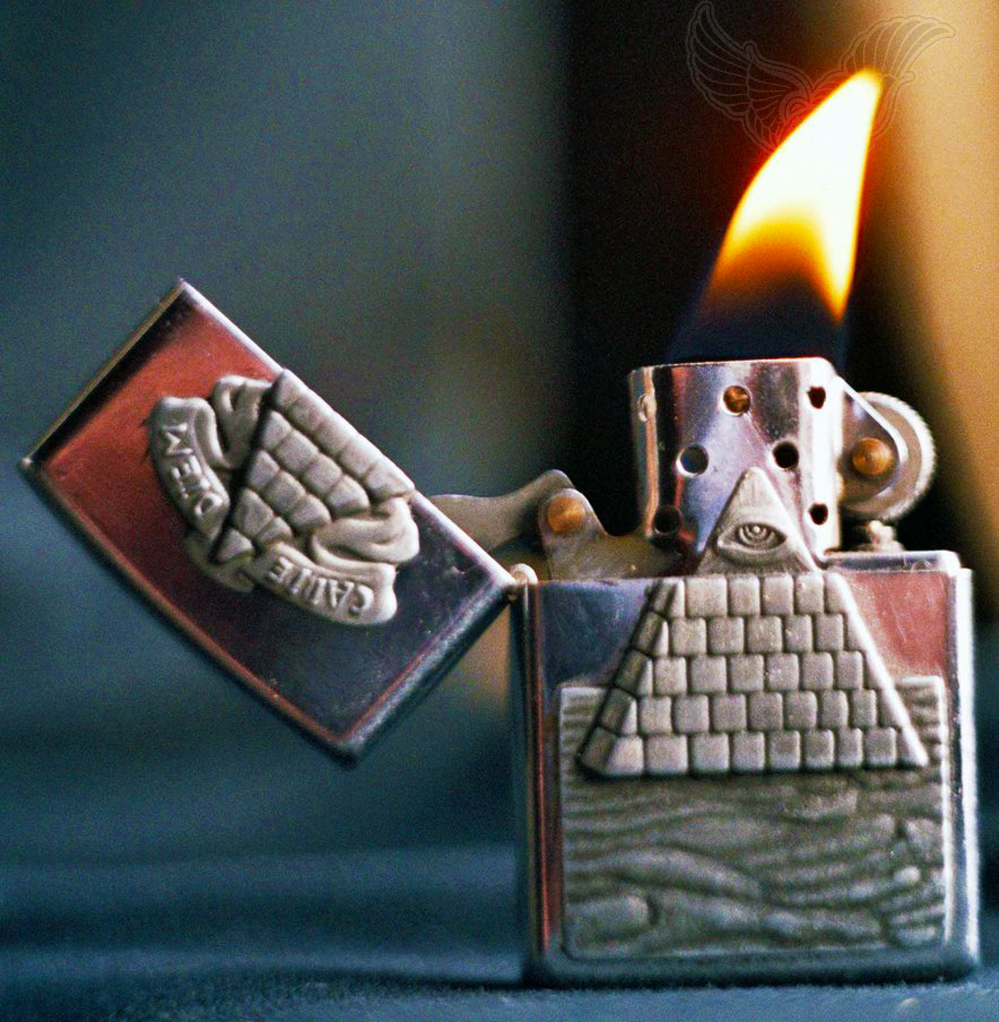 that’s all i’ve got, folks. it feels like there is more and i’m sure there is, but i am going to enjoy new year’s eve in new orleans with the woman who inexplicably loves me. it might be the last one. let’s make the best of it…

Previous: a cruiser and a cafe from free kustom cycles in barcelona
Next: honda cb650 cafe racer | ugly motor bikes