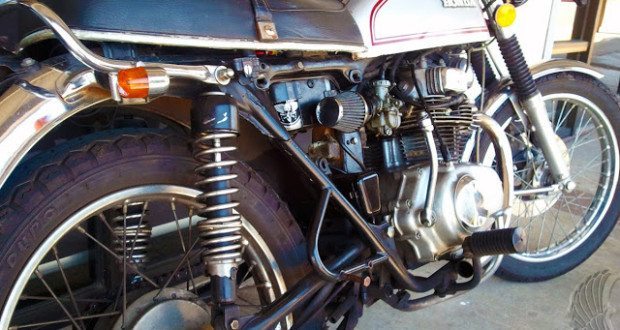 Running errands yesterday led me to my tobacco shop, where I wanted eight ounces of my favorite pipe blend and a new Zippo because the one I bought on eBay sucks. Parked in front was a nice little Honda CB350 cafe bike. 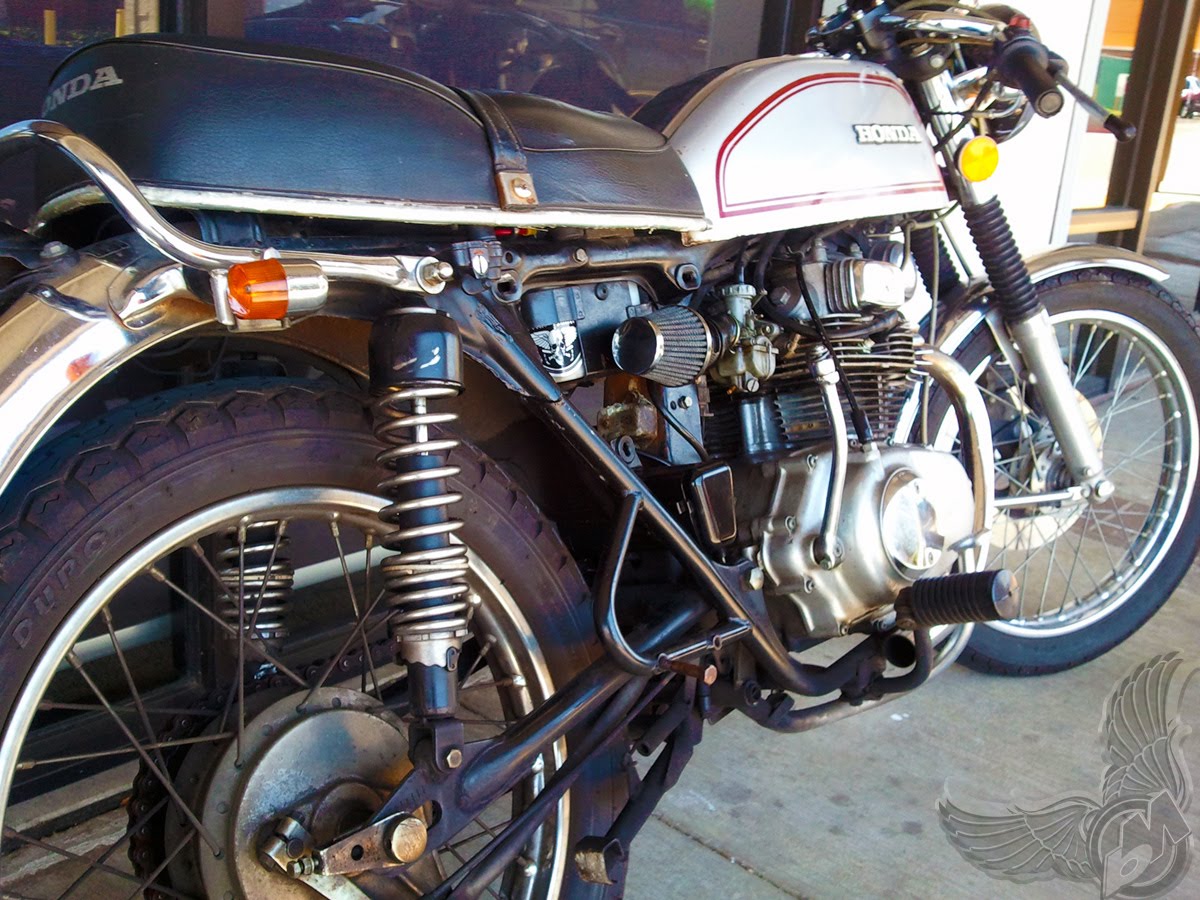 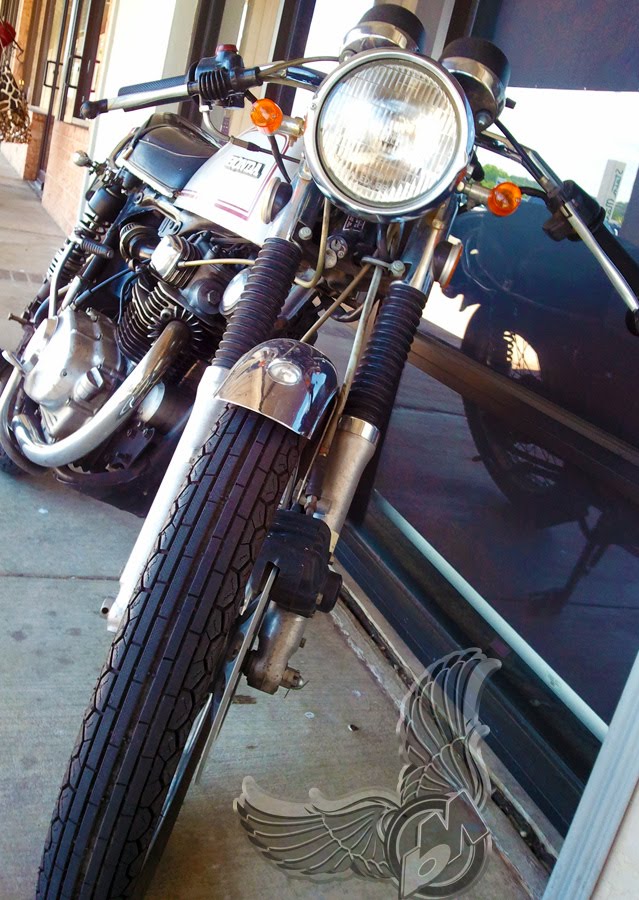 I walked in and asked who owned the bike. The young man was named Todd and he started telling me about an XS650 cafe racer he is about to start building with the help of a girl he knows who apprentices for a guy with a little shop in town. Seems this guy has built a killer XS cafe.

“Oh, really? Is she a cute, smart and bright-eyed brunette named Courtney, and the guy’s cafe is yellow and bored out to 750?”

“That’s Chris from Limeybikes. I just came from his shop. He’s doing final mechanical adjustments to my XS chopper.”

We talked about XS motors and metric motorbikes in general while an older gentleman stood around looking impatient.

Indeed. Then I went home, dicked around on the computer and made a few phone calls, realizing it was the last place I wanted to be so I went downtown to drink some pints of Bootlegger at Lovejoy’s with friends, acquaintances and strangers. I am working on this freaking laptop far too often, and was having no fun. Too much work and no fun makes Trent a f***ing a**hole. Yes. As opposed to the standard a**hole I am normally. 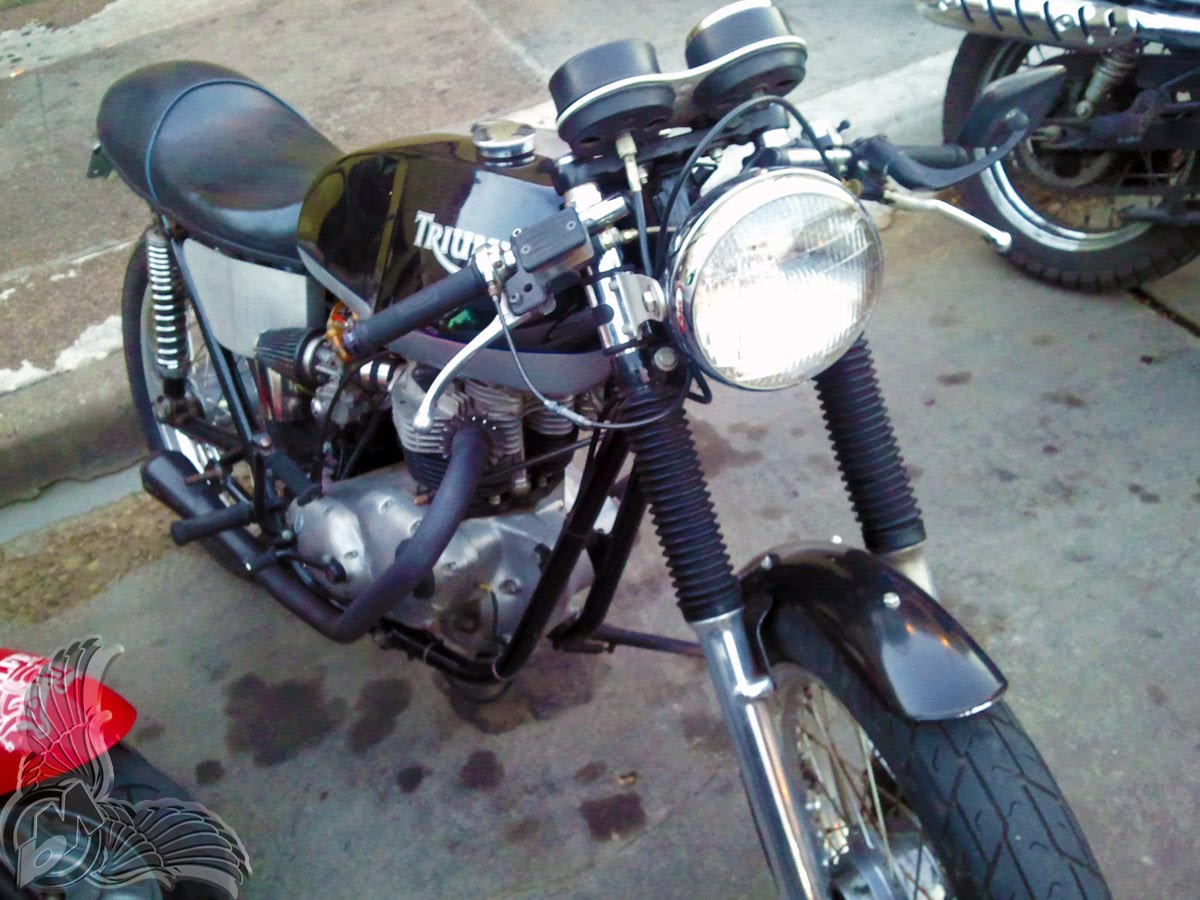 Lovejoy’s is a bar and brewery where a lot of bikers hang. Not the Harley-Davidson logo draped dudes who sneer at anything that isn’t exactly what they are, failing to comprehend the fantastic irony of it all as they drunkenly blab about freedom. No. Lovejoy’s is home to scooters and choppers, cafe racers and trackers. Triumphs. Hondas. BMW’s. Kawasakis. Jawas and more. 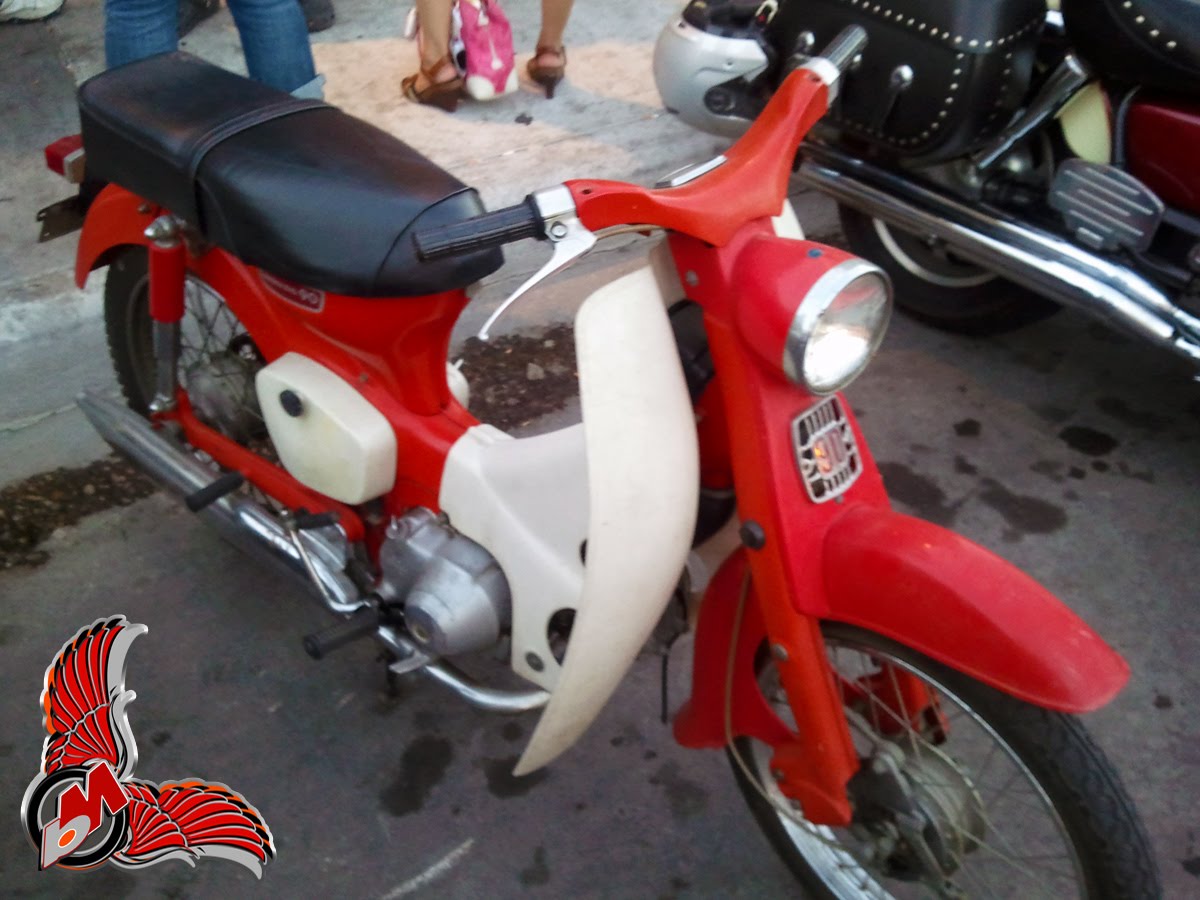 I got loaded. Made new friends. Showed off my latest scar and had a great time for a few hours. When in Austin, visit Lovejoy’s. 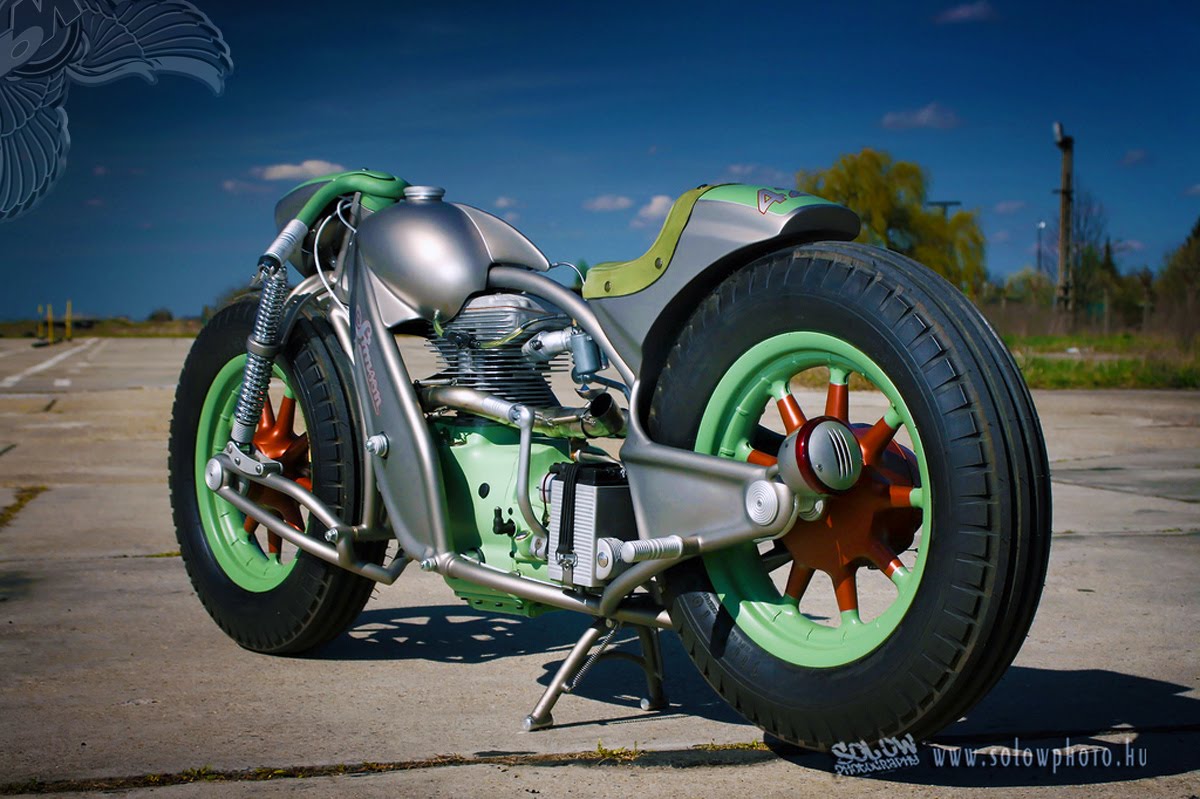 Received a bunch of photos from Michael at Visual Impact today. He recently completed a sweet XS650 brat-style bobber. I’ll post some killer photos and info about the build tomorrow.

Have a great Saturday night, bastards. Thanks for dropping by. 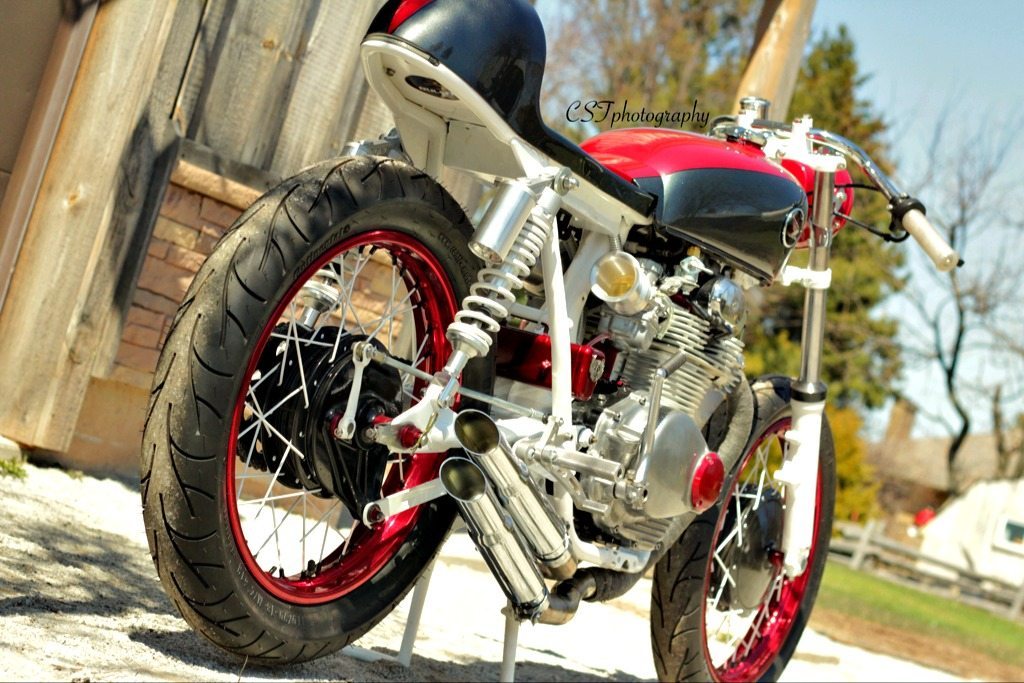