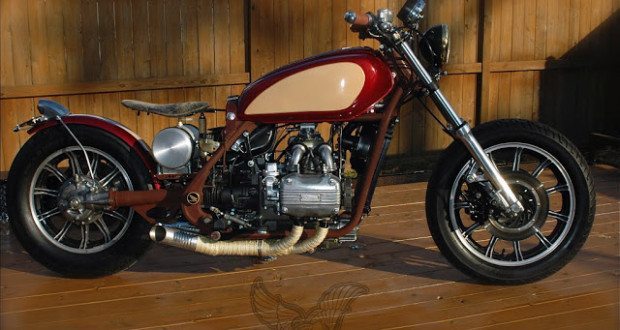 you first saw richard’s goldwing work on bM at the beginning of the year with his 1976 gl1000, the condor. 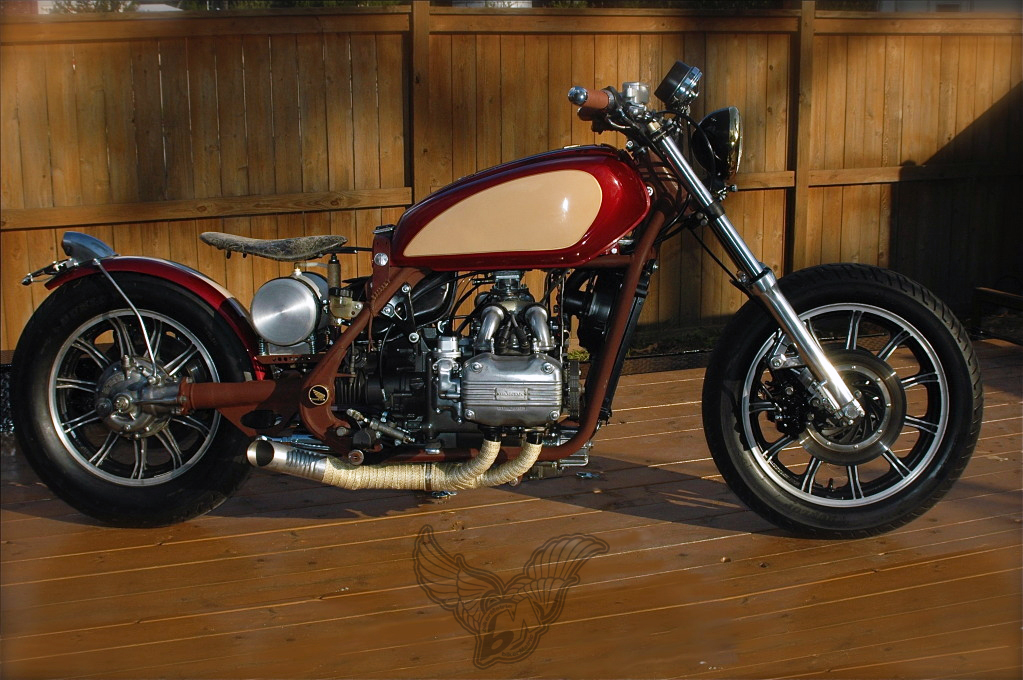 the goldwing was introduced in 1975, the liquid-cooled flat four honda gl1000 was an amazing technical achievement. at the time, it was the world’s biggest, heaviest and second-fastest mass-produced motorcycle; second only to the mighty kawasaki z1 900cc, shown here as a modern streetfighter: 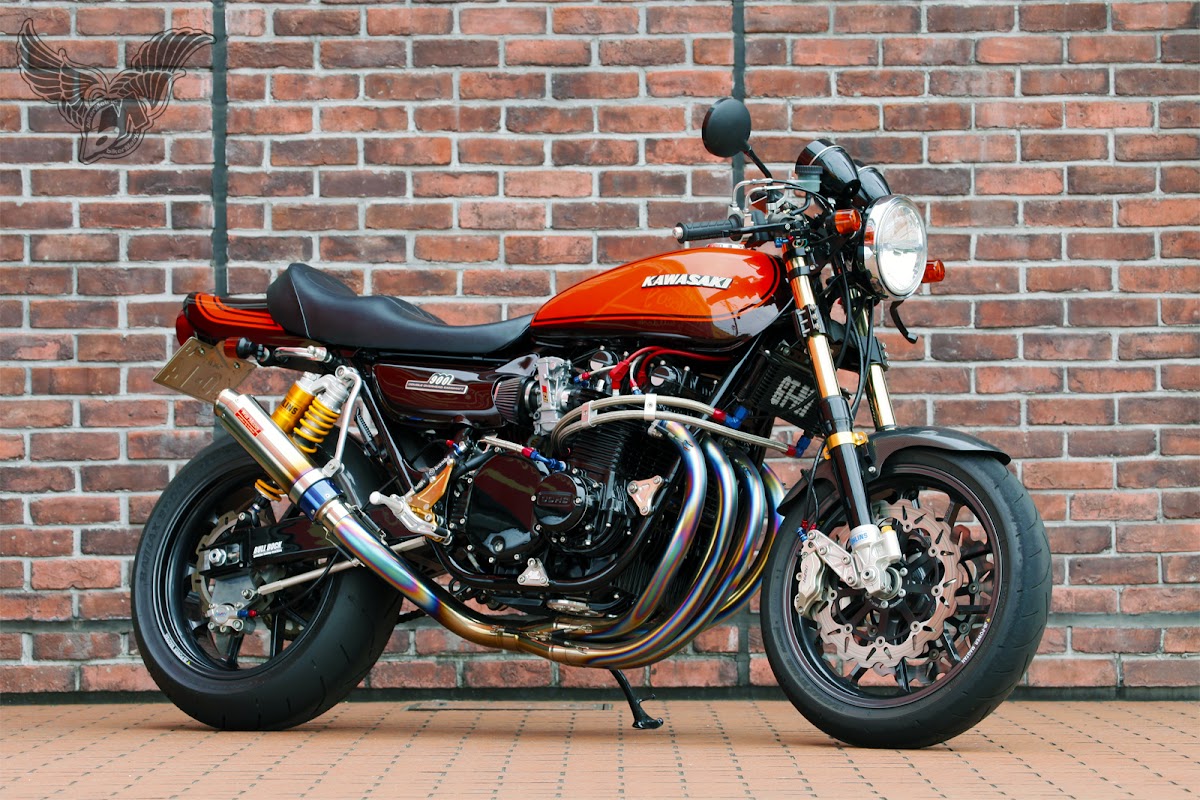 the standard z1 looked more like this (thanks mfotd) and made a whopping 80 ponies. i guess we were more innocent in the ’70’s. 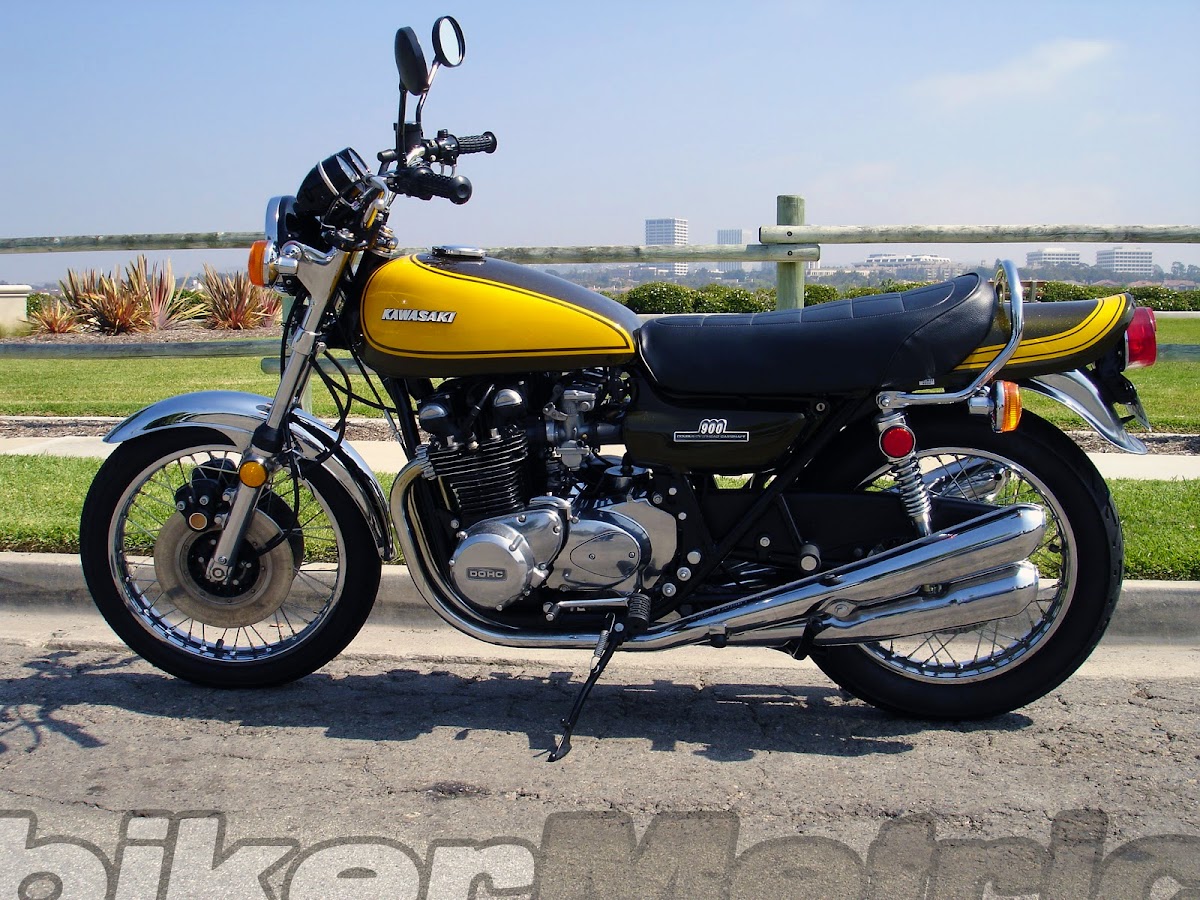 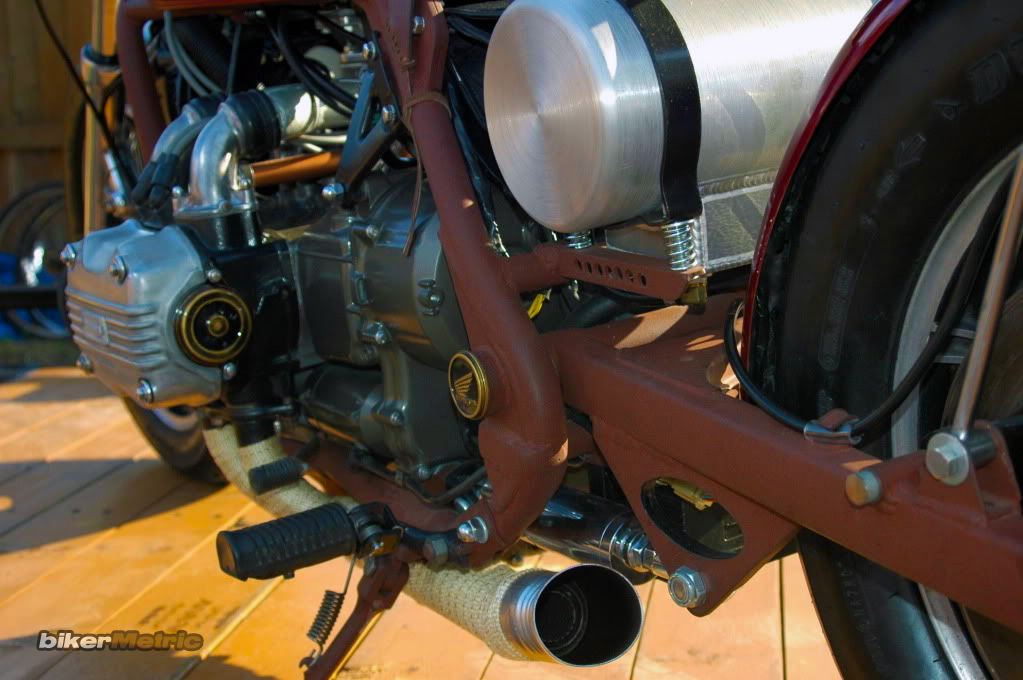 richard’s bobber took approximately six months to build from the time he purchased the machine until it turned into this finished piece. 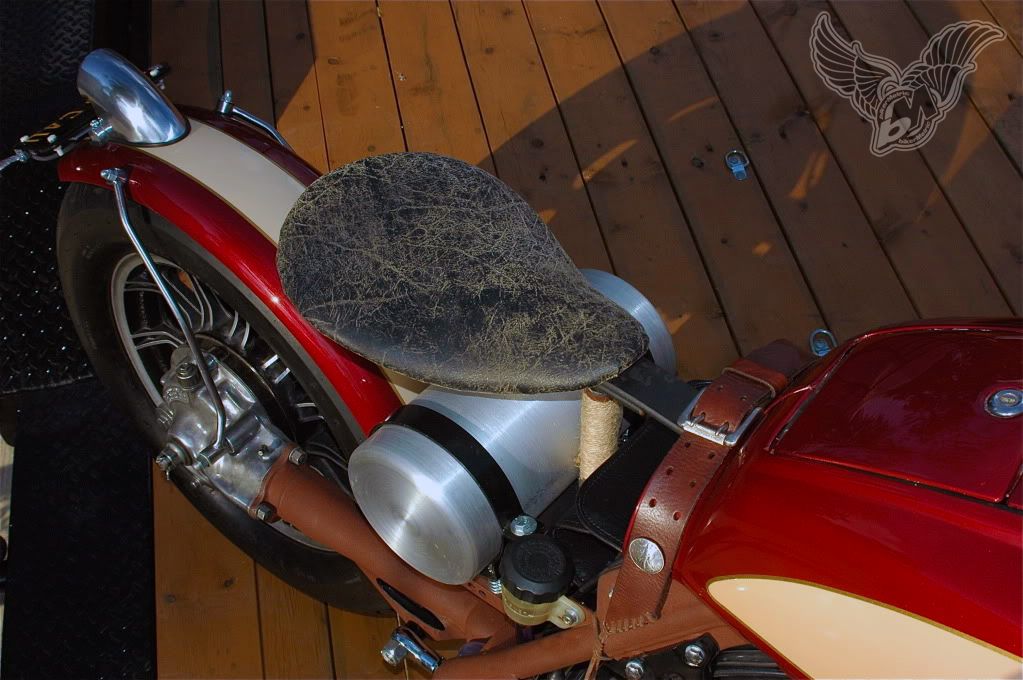 to read more about the build process and see a great gob of informative photos, visit his page at the ngw goldwing forum. 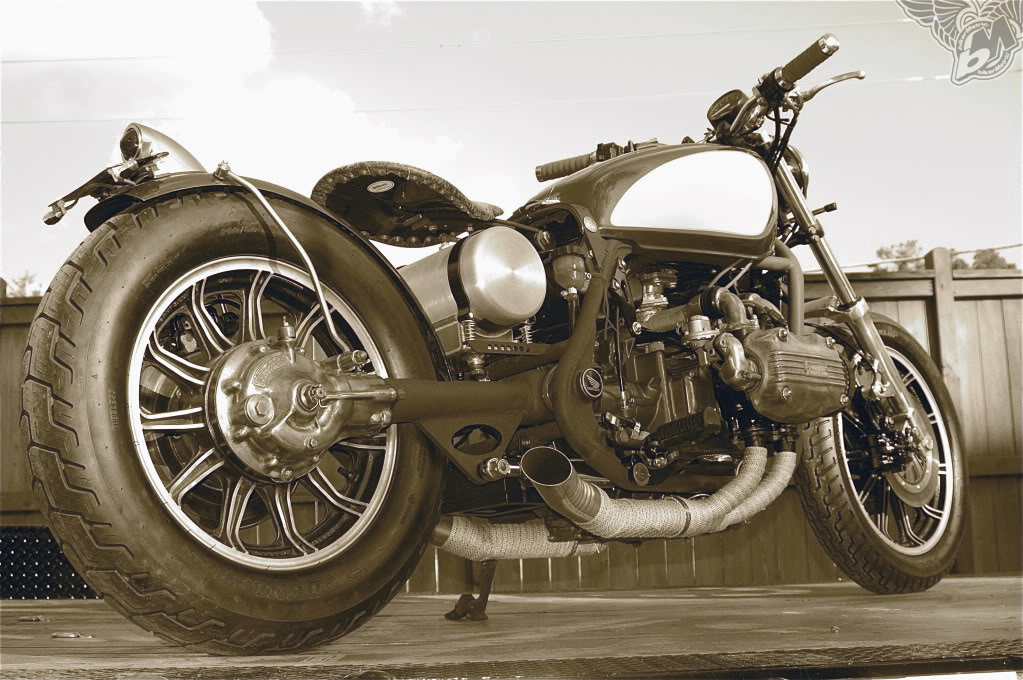 Previous: the poll, some custom motorbike pix, and the occasional bomb
Next: friday’s post of cool stuff #72: giant sale! cameras! bicycles! gas masks! everything must go!