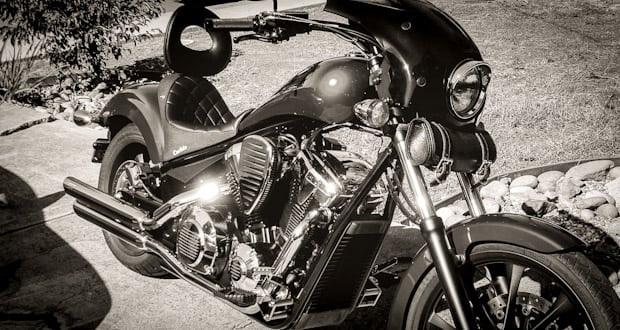 As I write this I am left with a hurt no Harley, Indian or Victory owner has felt. It’s a pain of owning a brand new sweet metric cruiser. Knowing you made a wise purchase and saved some money. That you bought quality and longevity over fad and ego. Knowing your bike is just as much “American assembled” as the HD and Indian guys bike. The hurt I speak of is called –“No aftermarket parts or selection for metric cruisers”. No before you jump my *** saying “Wait, bro, there is”. Let me first tell you GFY and I will win this argument.

Case in point. I just bought a 2018 Honda Fury with ABS. The bike has been in production since 2010- virtually unchanged. Now I purchased this bike knowing the 1,300cc liquid cooled motor will smack a Sporty upside the head and well, it’s a Honda, and it will run for days. I also knew it was no brainer at under 13k OTD. I also knew once I put pipes on this thing it will sound like what a Harley should have sounded like 50 years ago if it was actually machined and assembled correctly with a proper tranny and frame. This bike will be better looking and handle better than a $40k plus custom HD. 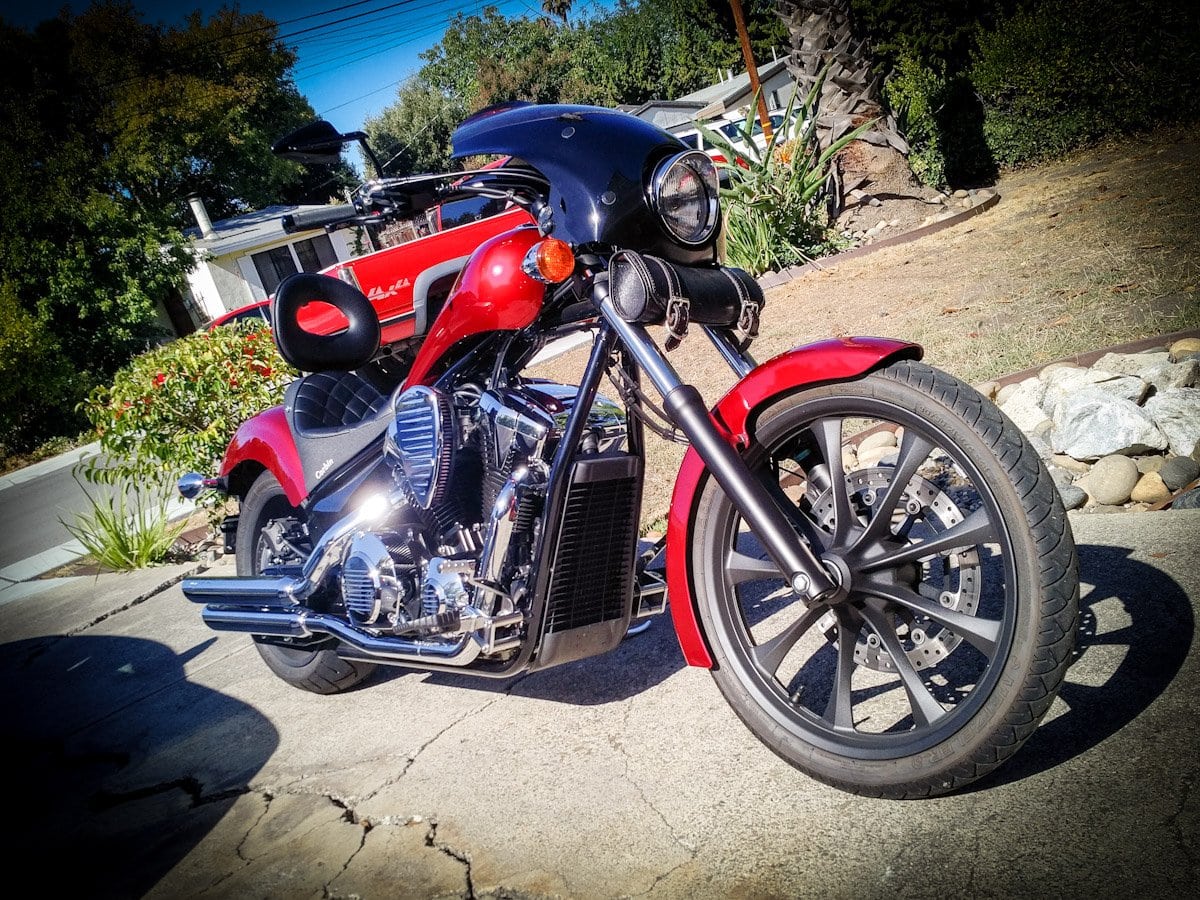 I got the bug of wanting a V-twin after working for Harley and Indian. But I just couldn’t handle the quality of either company and how those motors were built and put together. Let alone the “standard” fixing procedures for the Harley. But What Harley and Indian do have, and what the big four still need to take note, is what I call “uniqueness.” You also must realize since Harley has been around guys have customized them. Not to make it cool, but the original need was to make it work better. The coolness factor just came with 110 plus years of customizing and trying to make those heaps run better. That’s where the big four are snobs and don’t realize they have already won half the battle (reliability and comfort).

Anyway, I get the Honda Fury. I ride her home. First thing I do is start doing research on parts. Mind you I have worked in the industry long enough to know where to find cool parts no matter what brand. Now If you are like me you want your bike to be unique and you want to make it your own. And you just want it to reflect you period!

My search was on! I found plenty of exhaust from the staple companies same with EFI programming. There was only major company and we all know who they are that did have a “Fury” line of products. They start with a K. Great company and products but I don’t want my bike to have more chrome plastic and designs that are really weak. I want my bike to look current, ot a OCC reject that got in a fight with a flea market chrome dipper. But that’s where the trail goes dark. Honda literally has less than 20 part numbers for their own bike. A bike that has been in production since 2010? One of the best motor making companies and racing design companies (HRC) have only less than 20 part #’s? Something is wrong. Harley has a billion ways to make your Sporty your own, and Honda has less then 20? The parts from the Honda factory that are available are like vanilla with some cinnamon lightly sprinkled on the top. Not my flavor and not very unique. 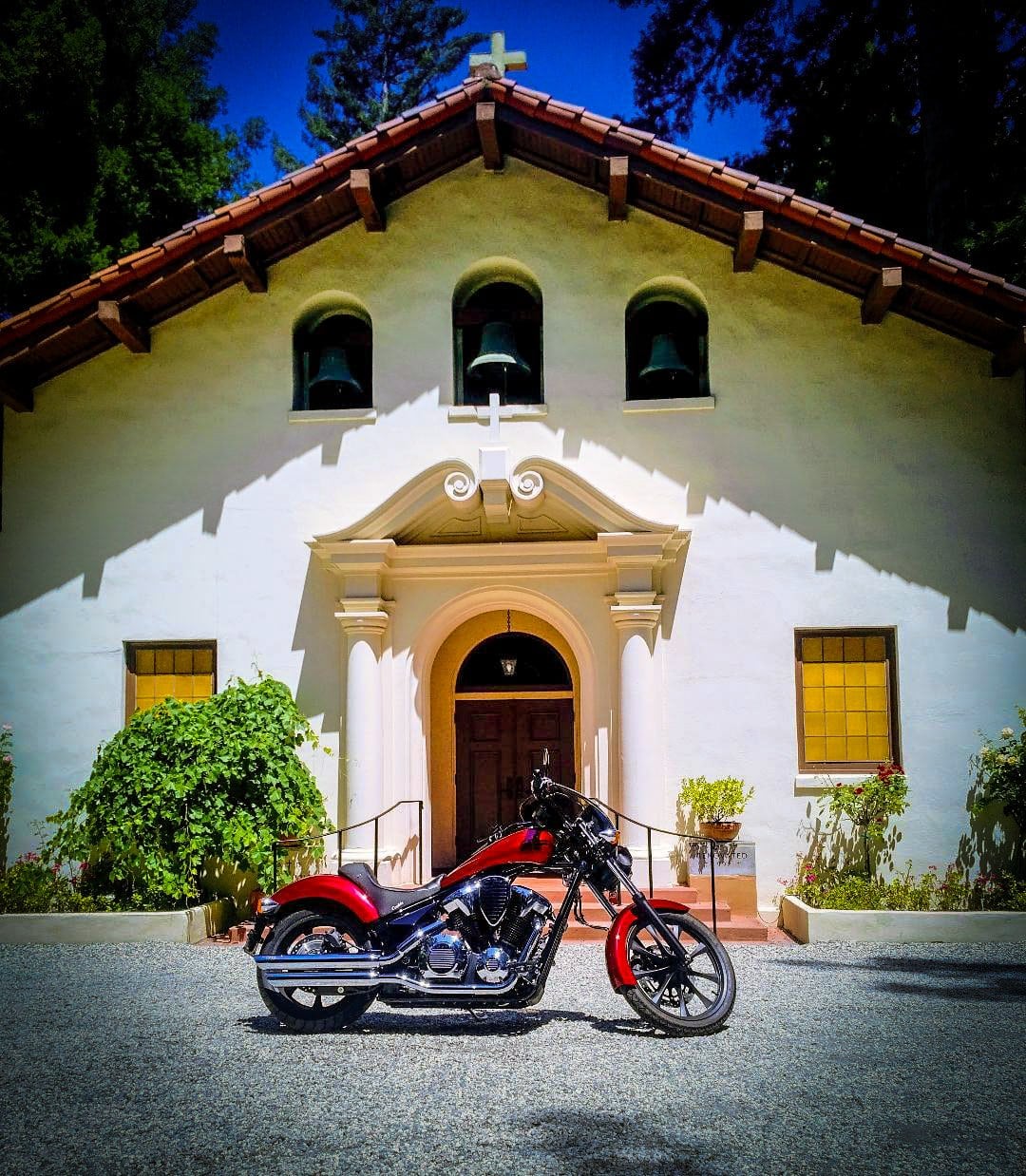 That led me into the smaller “ma and pa” custom shops and their websites and the guys that try to sell their stuff on their websites. There are many guys who have a metric only website with metric only parts. Have you actually tried ordering anyone of these parts? They are being made by guys in a shop for fun when they have spare time (or in some cases the dope to make the parts). These guys are classic. You pay for a part. They send you a confirmation then nothing…. And nothing… And nothing.. Then two weeks go buy and you call. Hey Mr. Ma and Pa do you have this item I paid for? “No we are waiting for the manufacturer”. Ok… I track down the manufacturer to see if he has the stuff. “Yeah I should have those shipped out soon”. WTF? Cause most people would buy stuff at a shop or online thinking its in-stock if it is being advertised as for sale right? Wrong! We get to wait months for a “might get them next week tag line that goes on for months or until you forget you had the part on order. Lame!

What can we do? How do we get manufacturers to make big four aftermarket parts? Don’t tell me numbers don’t support it. That’s a lie when metrics (big four plus BMW and Ducati) own 55% of the market and HD only owns 35% in the US. Last I checked 55 was bigger then 35. Why are machine shops and HD parts makers snobs to our industry? Where can I find a rich machine shop owner who wants to make more money and employ a staff that makes parts and ships them out in a timely manner? Any investors can contact me. 😊

2018-08-09
PhatKid
Previous: 3 affordable tools you didn’t even know you needed
Next: the phat kid story