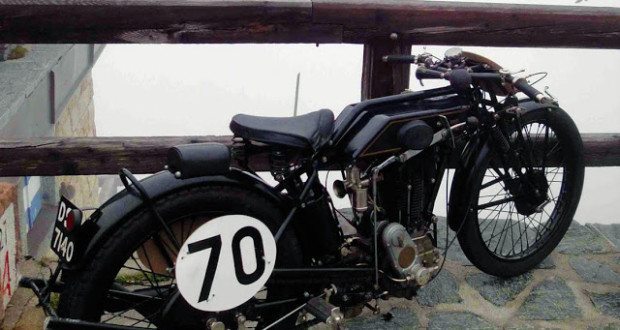 Yoinked this photo off The Vintagent. 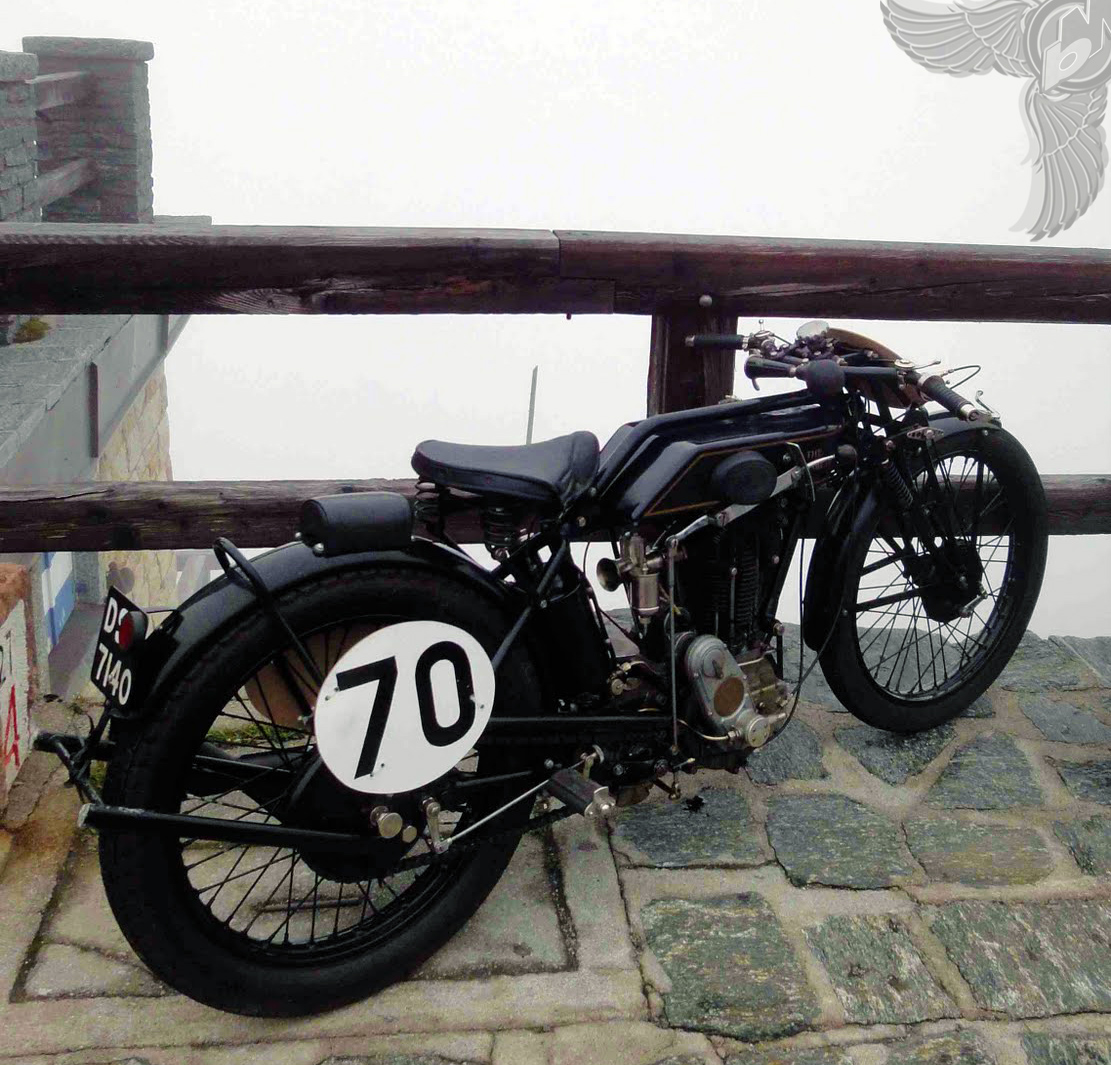 This bike is a 493cc OHV four stroke single.

The company which eventually became Sunbeam is listed as being established in 1790, although it’s possible the origins began 50 years before this date.

The Sunbeam name was registered by John Marston in 1888 after he decided to enter into the booming new bicycle industry.

What was it like to live in a world where the bicycle was innovative technology?

In 1898 Mr. Marston established another company next door. Part of the premises faced Villiers Street so John named it Villiers Cycle Components, which soon became a successful company in its own right.

had the financial clout and engineering expertise to develop and manufacture their own engines and by 1911 they were selling four stroke motors to manufacturers throughout England.

Sunbeam Motorcycles began production in 1911 and by 1914 Sunbeams had a reputation for high a quality finish and superb engineering. They were raced and kicked ***.

John Marston died in 1918 at age 82 and in 1918 the company became the property of Nobel Industries which became property of the chemical company ICI, who continued building motorcycles until 1937.

The brand name “Sunbeam Motorcycles” then became the property of AMC who designed a completely new range of Sunbeams while keeping the quality and engineering standards for which the brand was renowned. Sunbeam enjoyed a very successful racing campaign up until the start of the war in 1939 when AMC became a producer of military machines.

In 1943 the Sunbeam trademarks were acquired by the BSA, who produced low quality “war-grade” Sunbeams until the introduction of the new Sunbeam S7, dubbed the “Gentleman’s Tourer” in 1946.

S-Series Sunbeams were produced from 1946 until 1956 when all Sunbeam motorcycle production stopped. However, BSA did use the Sunbeam name on a couple of scooters in 1959. Ouch.

As Dave Helrich reminded me last night, it’s better to die than to fade away.

Previous: 1962 international scout 80 hot rod
Next: one of the best fng’s ever