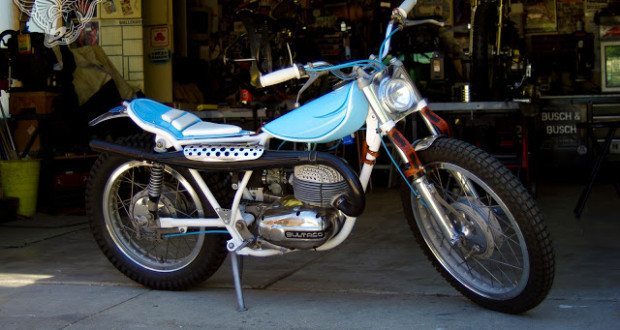 as i promised on independence day, if somebody sends me something cool, i’ll post it. here is the first cool bike with great photos taken by lance busch and some nice build info to go along with it. 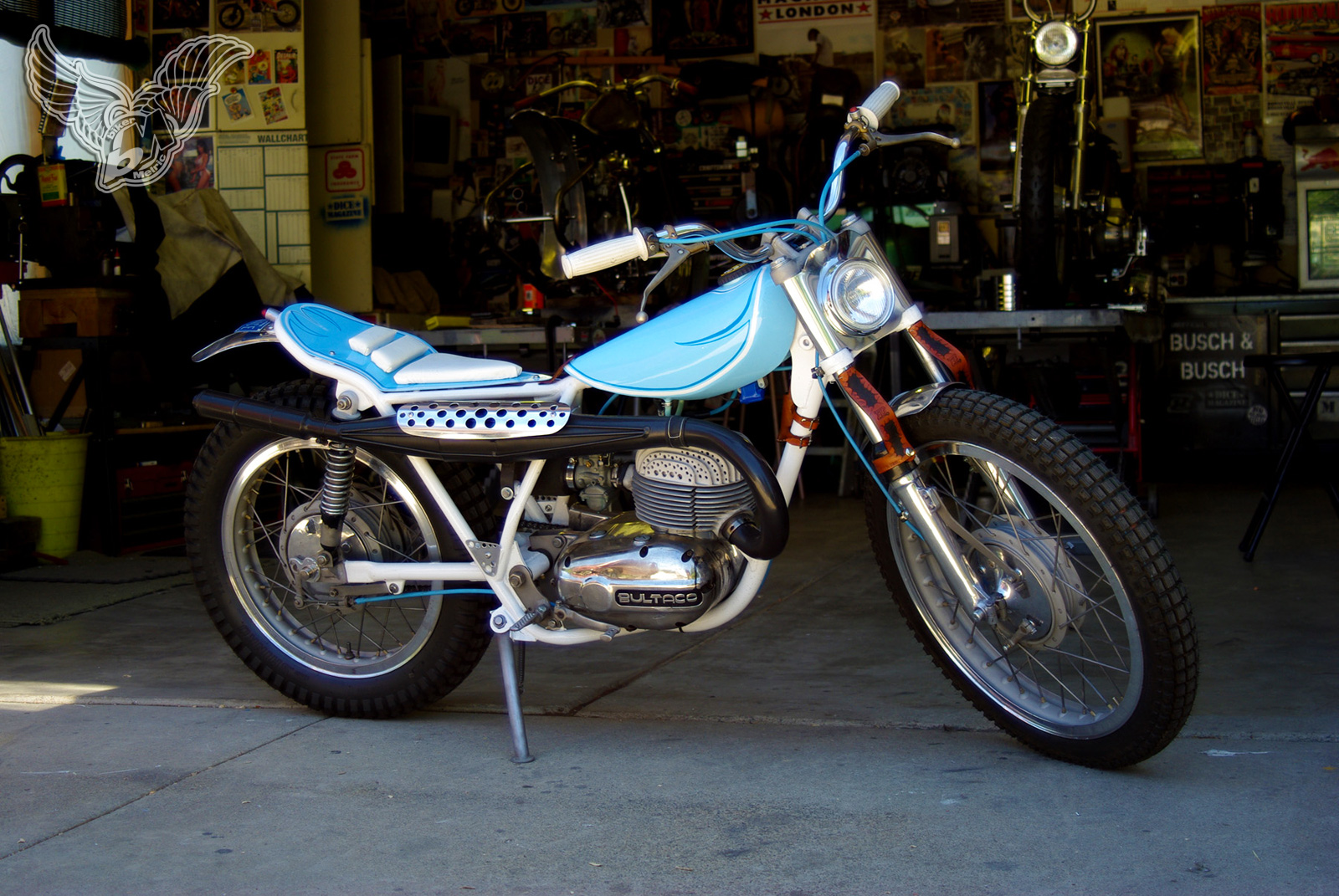 here is the story of the bike build as told by lance busch. i think:

Holy ****! This so late I know, been a hectic summer but we finally snapped pics of the ‘Taco for you. 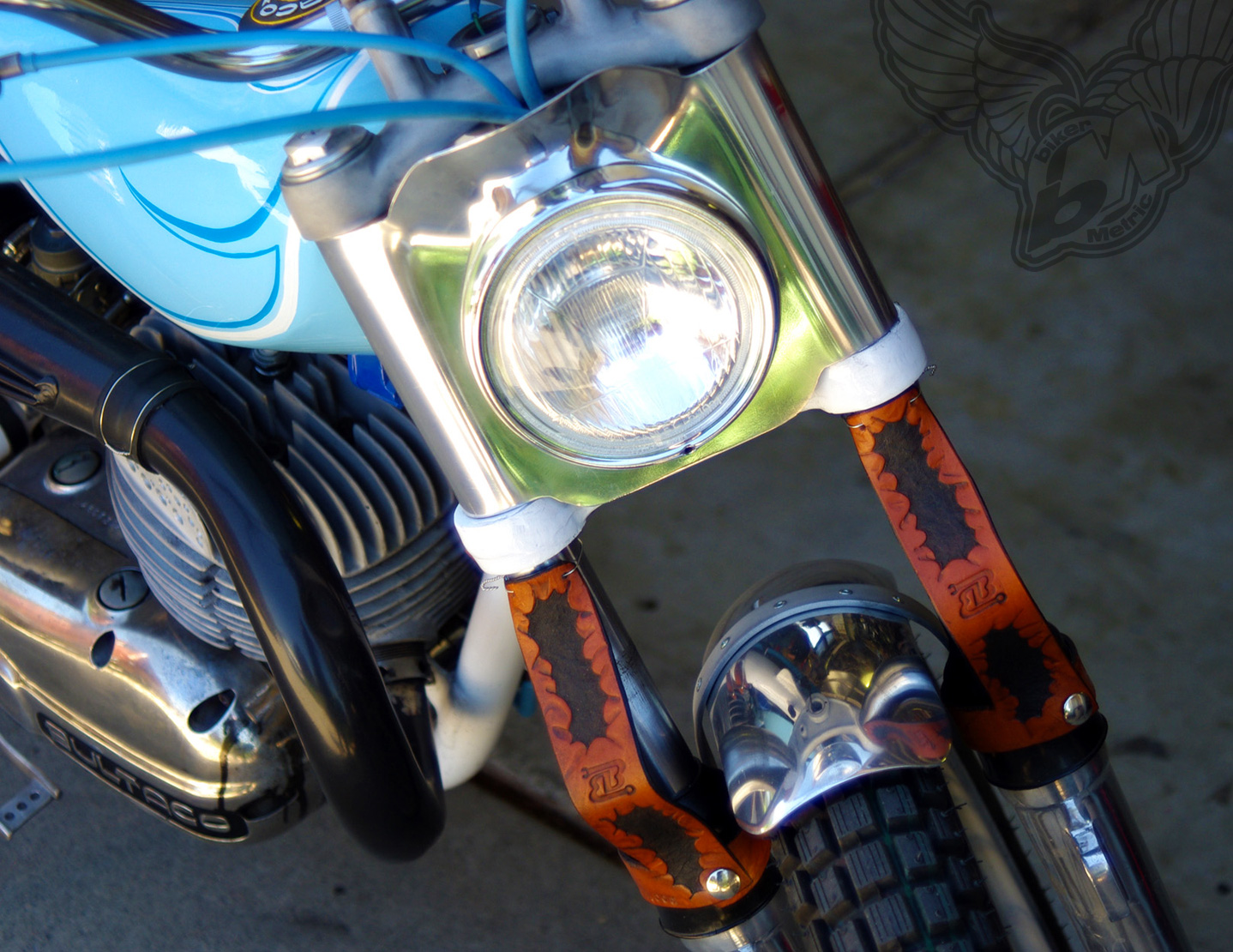 It started life as a late 1960’s Bultaco Matador 250 Enduro. We ditched the stock fenders, fiberglass tank, side covers, and bulky seat. Then we started by scratch by building a steel gas tank to look sort of like an old Yamaha TY175 tank, except cooler. 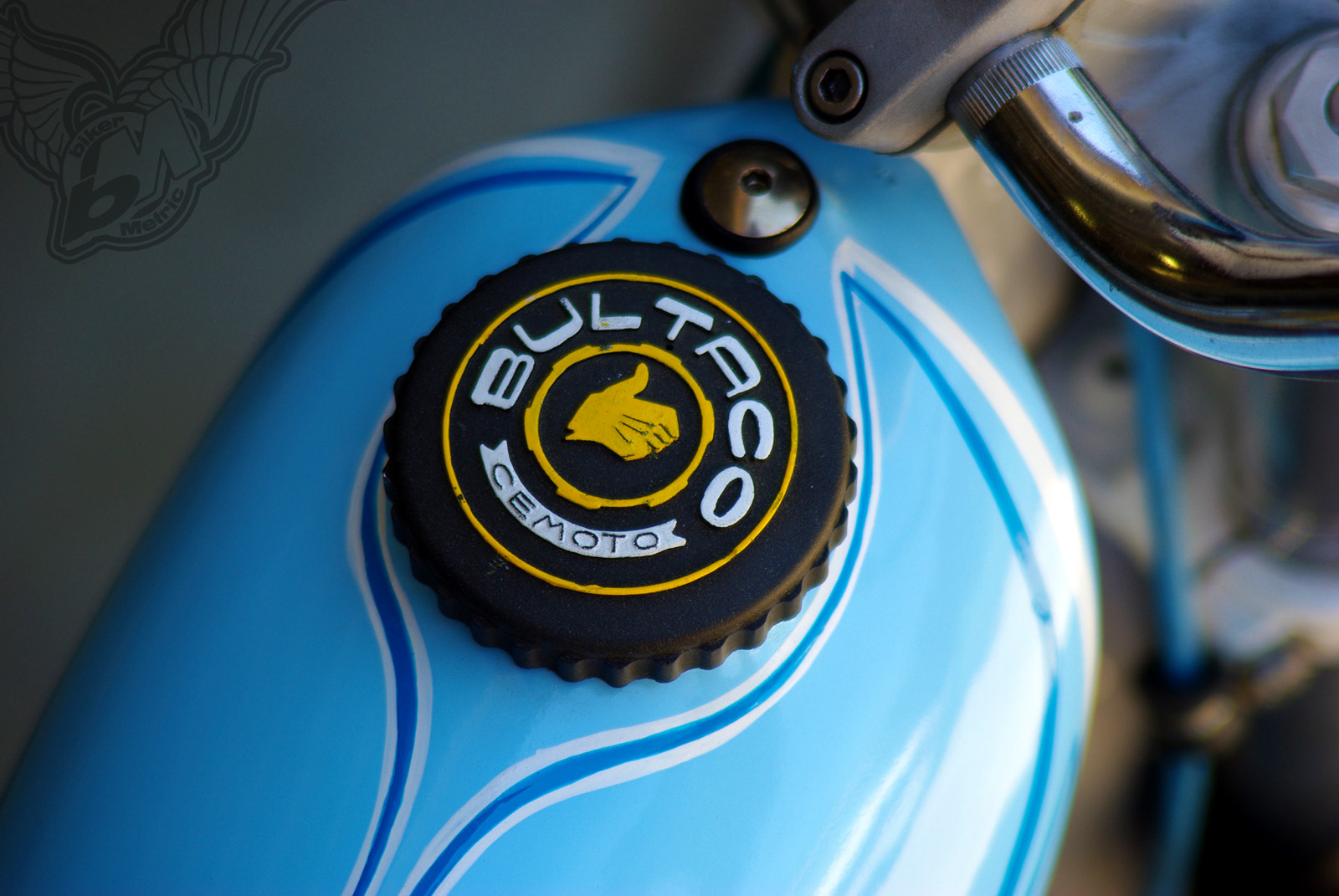 The gas cap is the original Bultaco unit but we had to form a filler neck from 11 different bits of sheetmetal to retain it! Then we made a flat seat pan and upholstered up some miniscule seat pads, just enough to sit on comfortably for about five or six minutes. 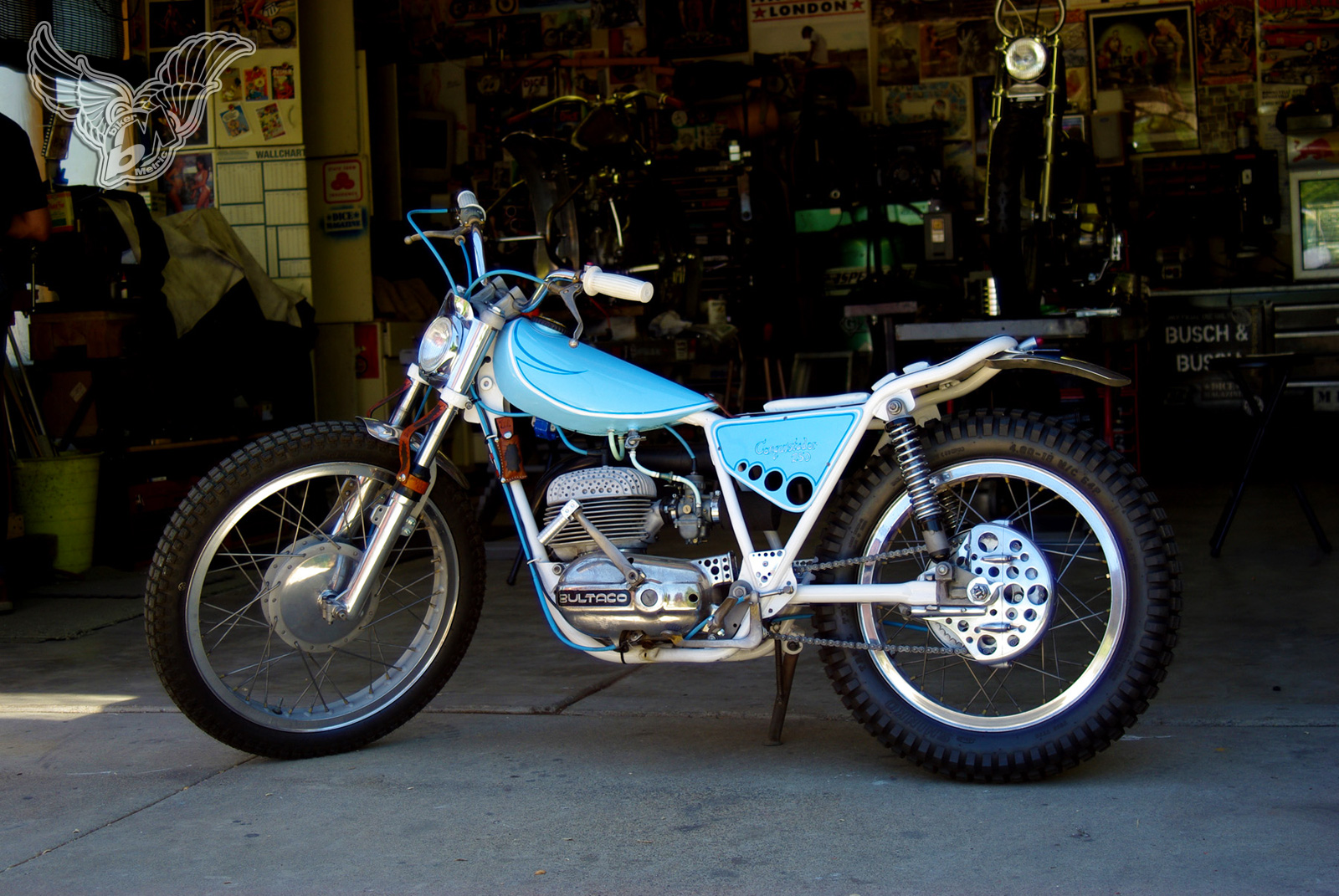 The headlight is an old Puch moped lens we fit into an aluminum number plate and lit by a Harbor Fright LED flashlight.

The tail light is a “Mini-Sparto,” which is a bent 1″ round tube fitted with a red dash lens. The fenders were formed from aluminum sheet by Danny and he also tackled the machined kicker lever and the amazing “Thumbs Up” snail adjusters. 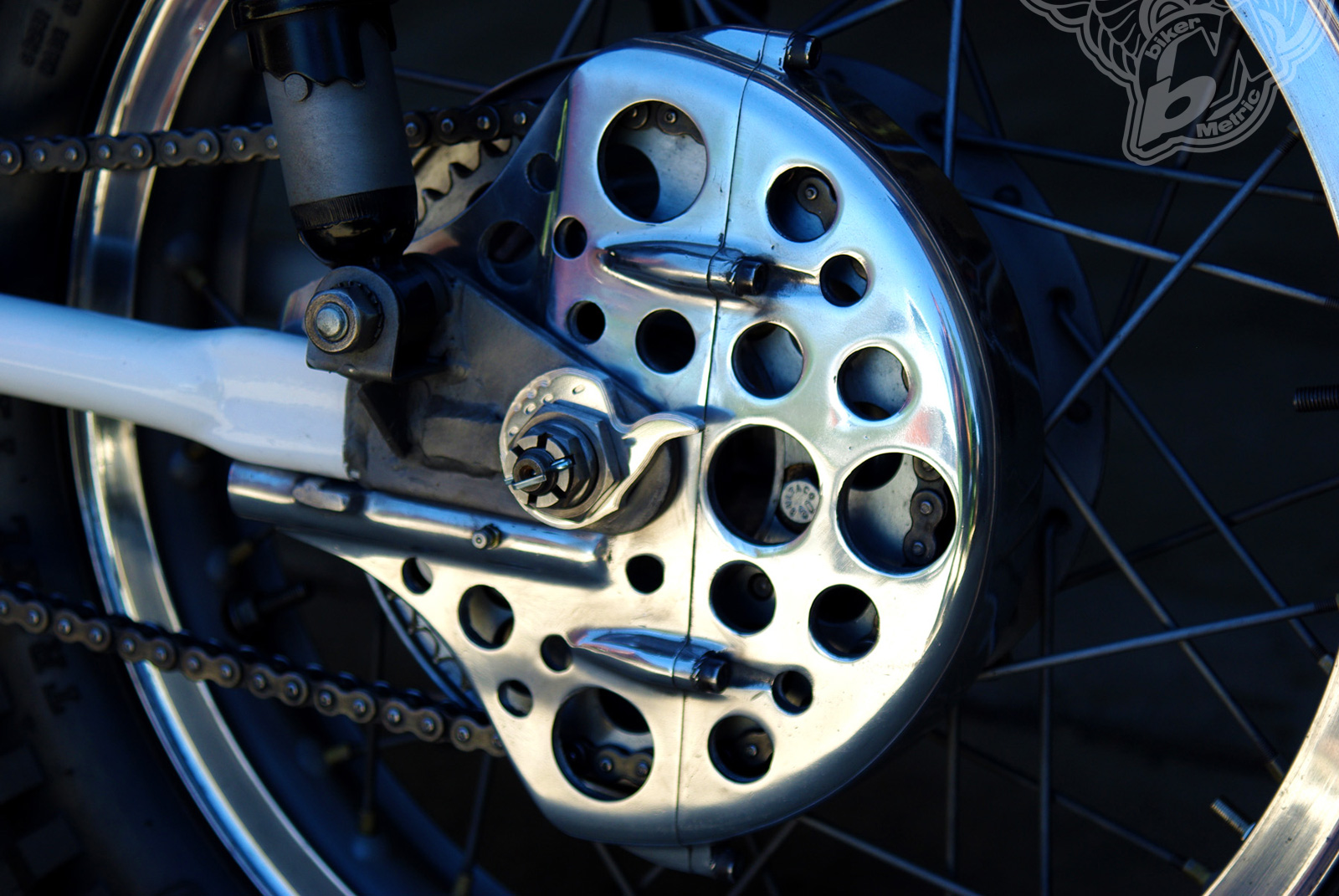 We drilled out the original enclosed chain cover, along with the cylinder heads and part of the case. Also, we needed some drilled aluminum heel guards and an exhaust heat shield for protection from the burning hot expansion chamber of unknown origin. 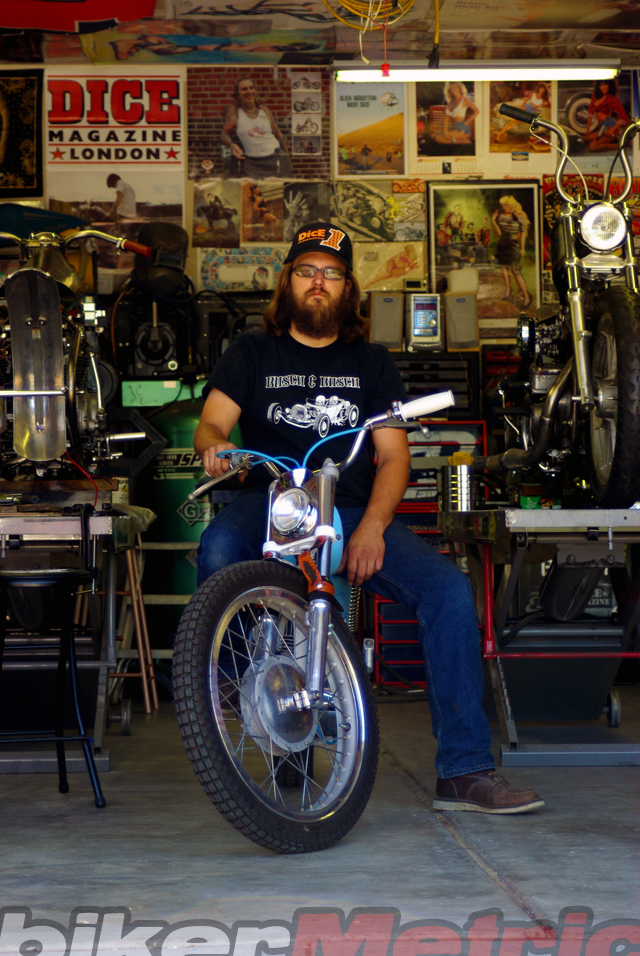 The tires are trials tread and the handlebar is from our old ATC trike. The only mod to the engine was the fitting of a VM28 Mikuni carb and Uni filter, along with a cylinder hone. 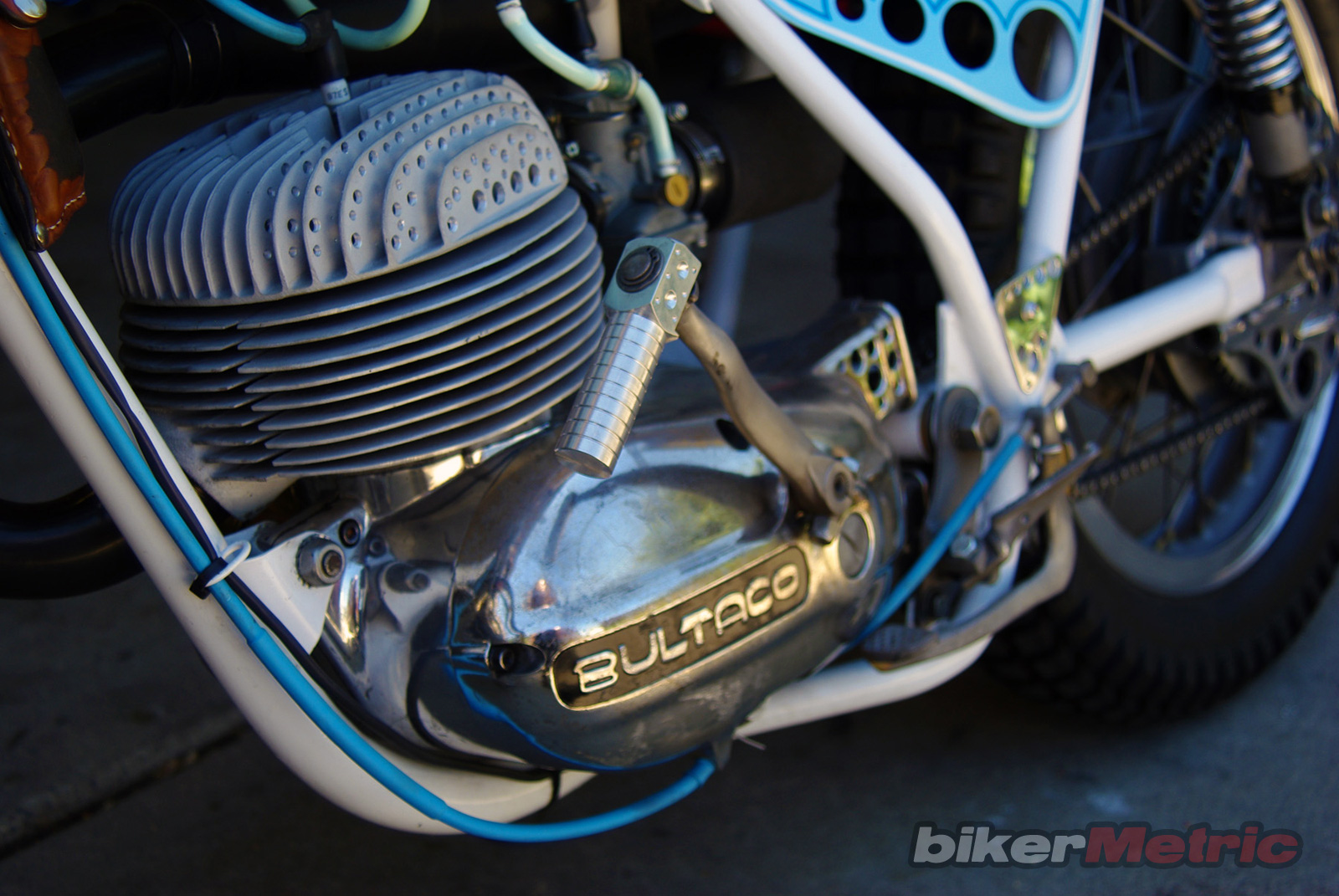 The bike really frickin’ rips, is a blast to ride and that’s all that matters, right? Take it easy, Trent.

the tank is most definitely cool. you guys like baby blue, doncha? and who has the long hair? i thought it was lance but your beards blow me off course, freak me out, and make me wonder. are you twins or some miracle of inception/conception/f***! we look a lot alike! again!

like it matters. killer bike. thank you for sharing it with the ever-increasing cult of bikerMetric. 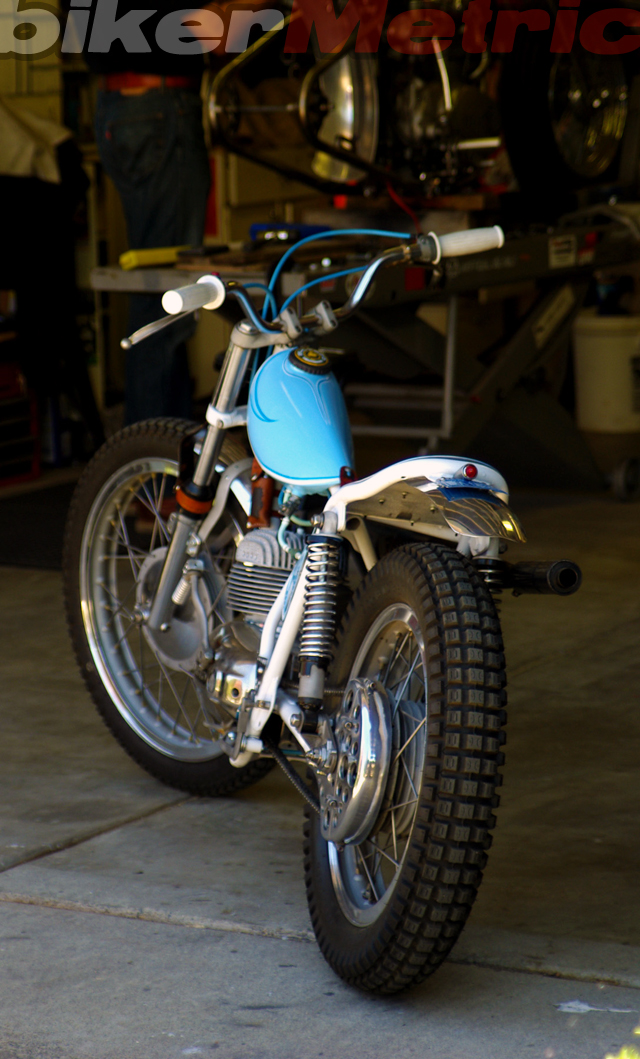 Previous: this is what i want to be
Next: estonian zydeco music biker vid 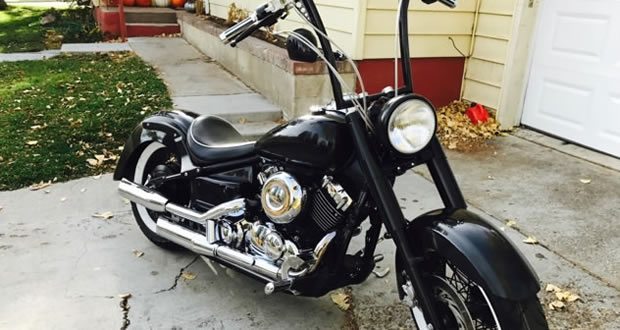