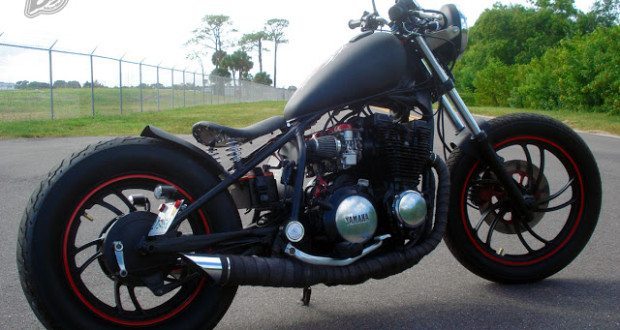 the soul of bare bones rides

a few years ago two brothers had one goal: to do something that they love to do and follow a lifelong passion. they opened a motorcycle shop to build custom cafe racer-style bikes and one-off, aggressive street fighters, bobbers and rat bikes. they wanted to keep the theme of “getting back to basics,” which gave rise to their name, bare bones rides. 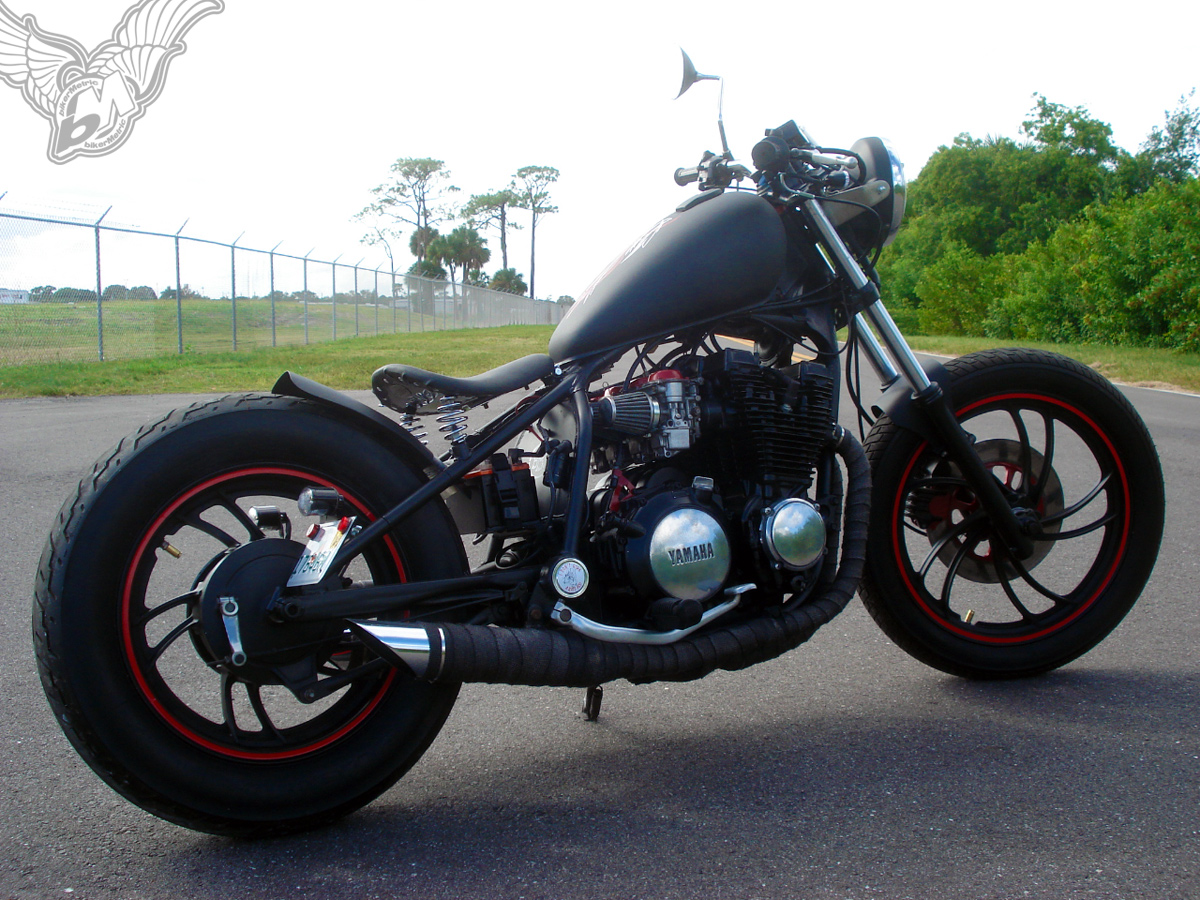 one of the guiding principles at bare bones is to build bikes that are affordable to the general public. james and joseph hope to be able to offer unique, custom, one-off bikes at a price that most bike enthusiasts can afford.

they know there are still a lot of wealthy folks out there (soft meat!) who can afford to buy and want to been seen on custom bikes that cost over $50K, but the brothers realize that those clients are already covered by people who have been at it longer they have, and besides, who wants to deal with some corporate douche playing outlaw biker a couple times a year at the local biker rally?

the dudes at bare bones rides prefer to sell their bikes for two to five thousand bucks.

growing up in the inner-city philadelphia neighborhood of olney, the “lang boys,” as they were called, acquired a passion for motorcycles during the early 1970’s with the purchase of an e-z rider minibike for $15.23. 15 cents filled the tank and they were off to cause trouble. 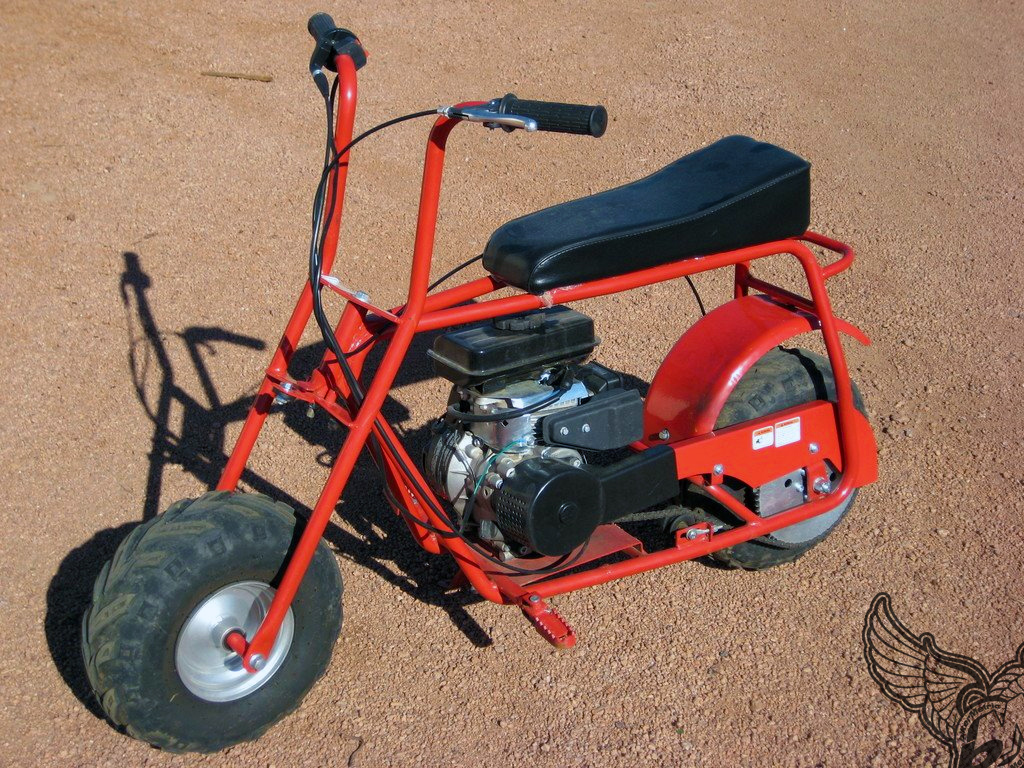 the scooter had a 3½ horsepower tecumseh motor, extended forks, no suspension, zebra seat, sissy bar, and foot brakes. the brothers scraped their chuck taylors along the street, dirt and sidewalks while twisting a throttle which consisted of a piece of string attached to the carburetor linkage. they were hooked, even though many of their neighbors and cops did not share their passion. 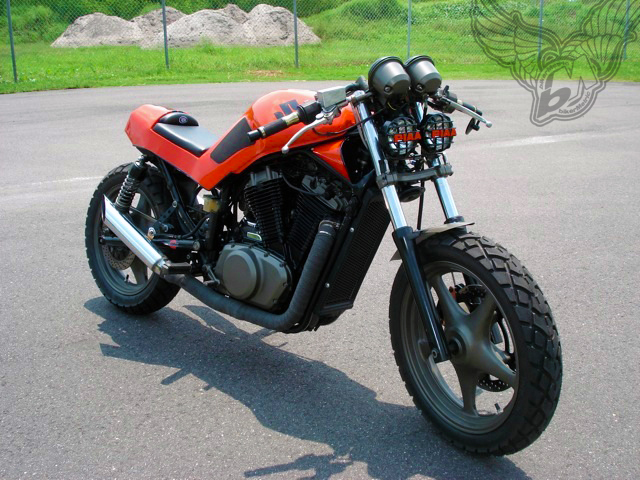 having owned and wrenched on dozens of bikes during the past few decades, that passion has only grown. opening their own shop had always been a dream that the lang brothers discussed many times over the years while family, careers, mixed-up priorities, and excuses always seemed to keep it just that…. a dream. 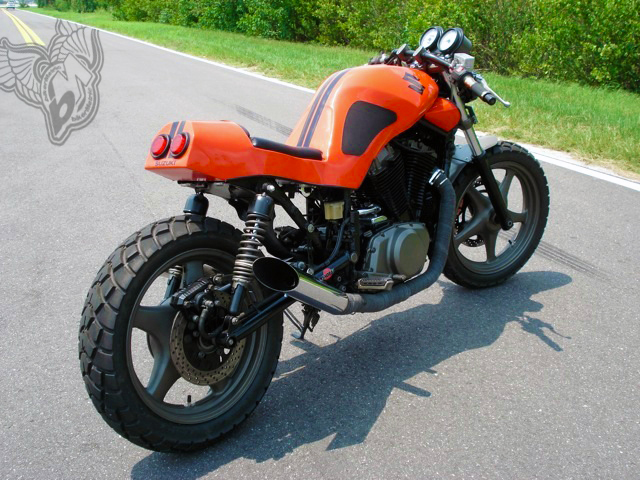 finally, joseph decided he might need to stick it to the corporate man. he hung out in malibu for a while to gather his thoughts. eventually, he left the beautiful babe beaches and his lucrative career in the pharmaceutical/biotech industry after realizing what and who he was working for was in conflict with his core values and principles.

i think that means he was bio-engineering a sentient super drug that would make the host body believe anything it was told by the television and joe realized it was wrong when he discovered that beer was the antidote. 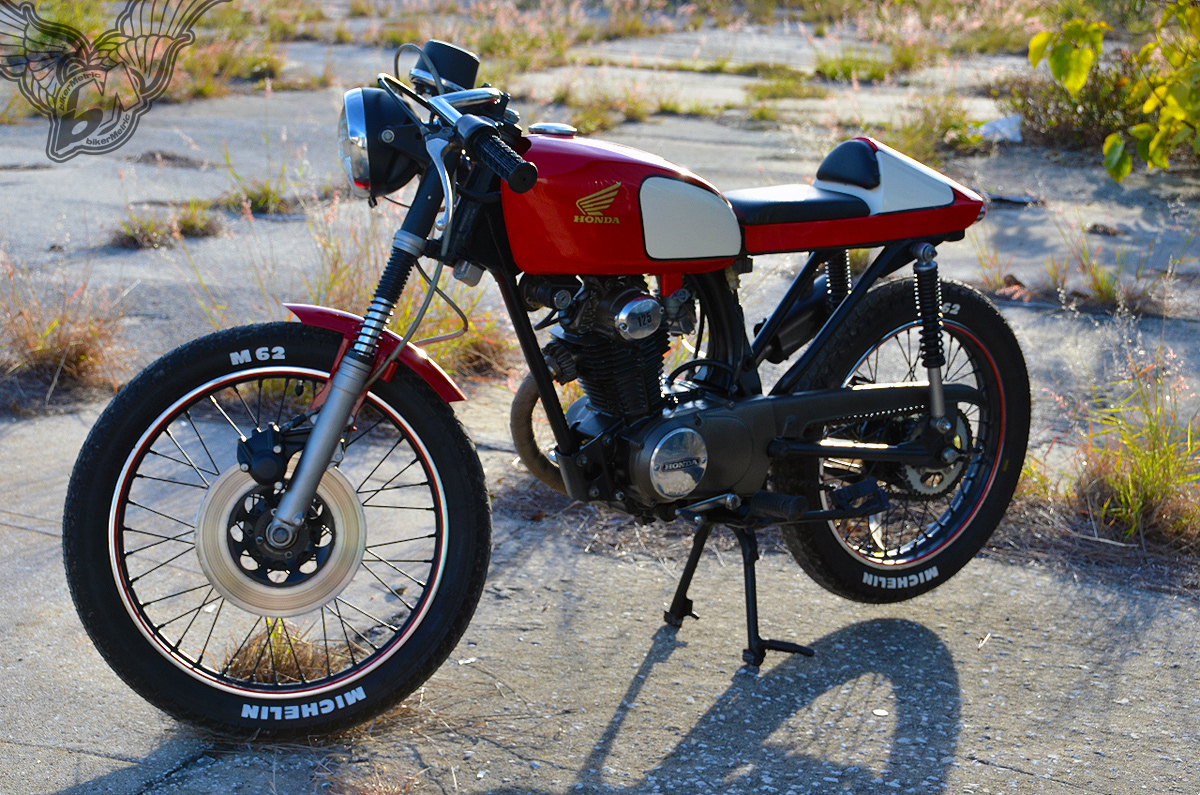 truthfully, joe consciously understood there was no morality in the manner with which his industry sought profit and he could no longer compromise that knowledge for a fat paycheck. this is what the woman who inexplicably loves me (aka: the ho) and i call the soul vs. money effect. we have made a rule to choose what brightens our souls first over making dollars doing something – or working for someone – we believe is corrupt.

with this realization, joe went to florida to be near his pop and older brother, jim. after several discussions between them all, bare bone rides, inc. was born. 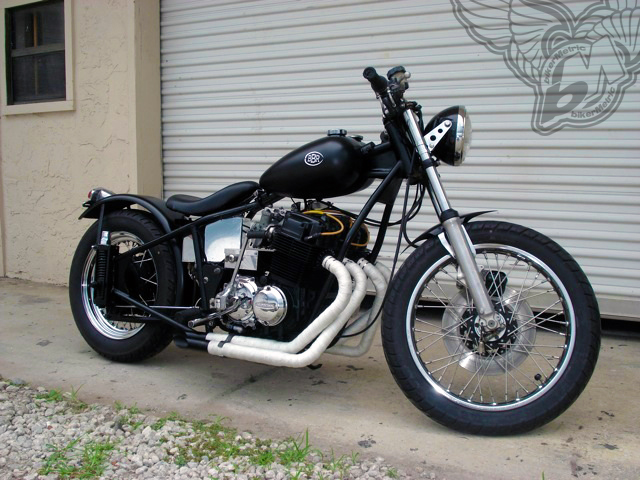 jim and joe are convinced every motorcycle has a soul, a true personality that is often disguised with unnecessary parts, plastics, and tin. they do their best to expose the true soul and essence of these machines.

in many cases, bare bones bikes have been rescued from a one way trip to the motorcycle graveyard (aka: the “salvage” yard) where the meat on these bikes is slowly picked to the bone, leaving them empty, soulless husks. before they end up as a rusted skeleton waiting for the elements to reclaim their remains back to their original basic materials, the lang brothers plan on saving as many motorbike souls as possible. 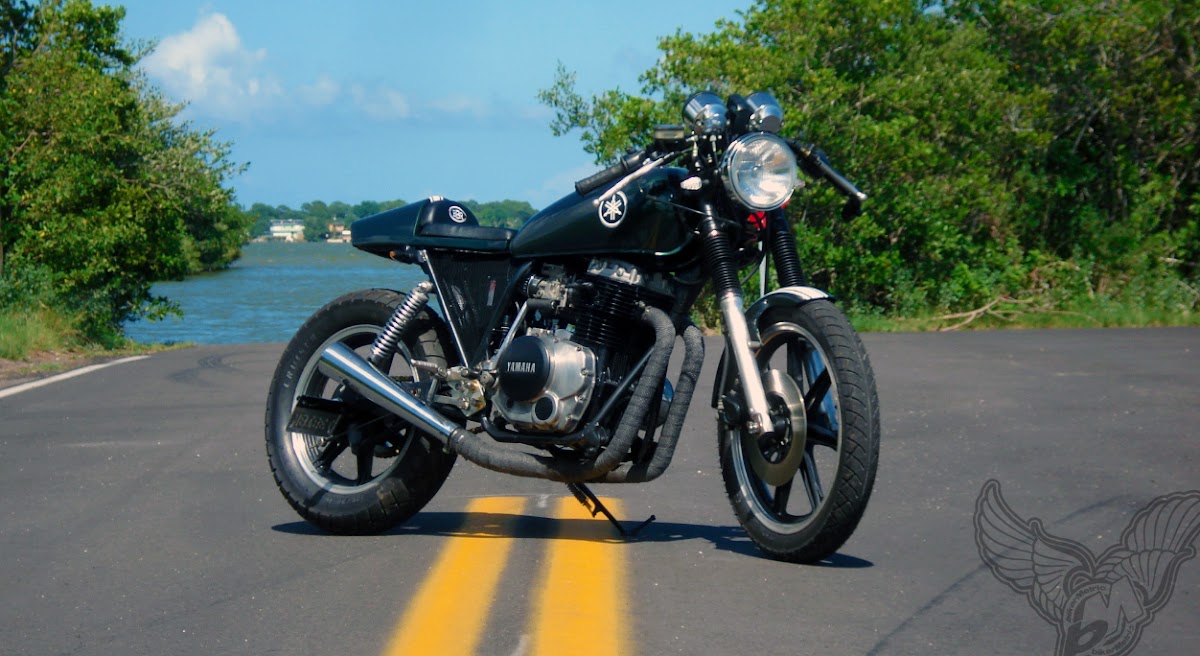 the guys at bare bones believe all bikes have a great soul regardless of size, race, color, creed, or religion, and have many project bikes planned for the future including american, japanese, european, and reverse-engineered ufo cycles.

with limited resources and a shoestring operating budget, these guys were able to scrape enough money and equipment together to open their own custom motorcycle shop in merritt island, florida. their garage is small but equipped with the right machinery and tools necessary for them to build their one-off custom bare bone rides. 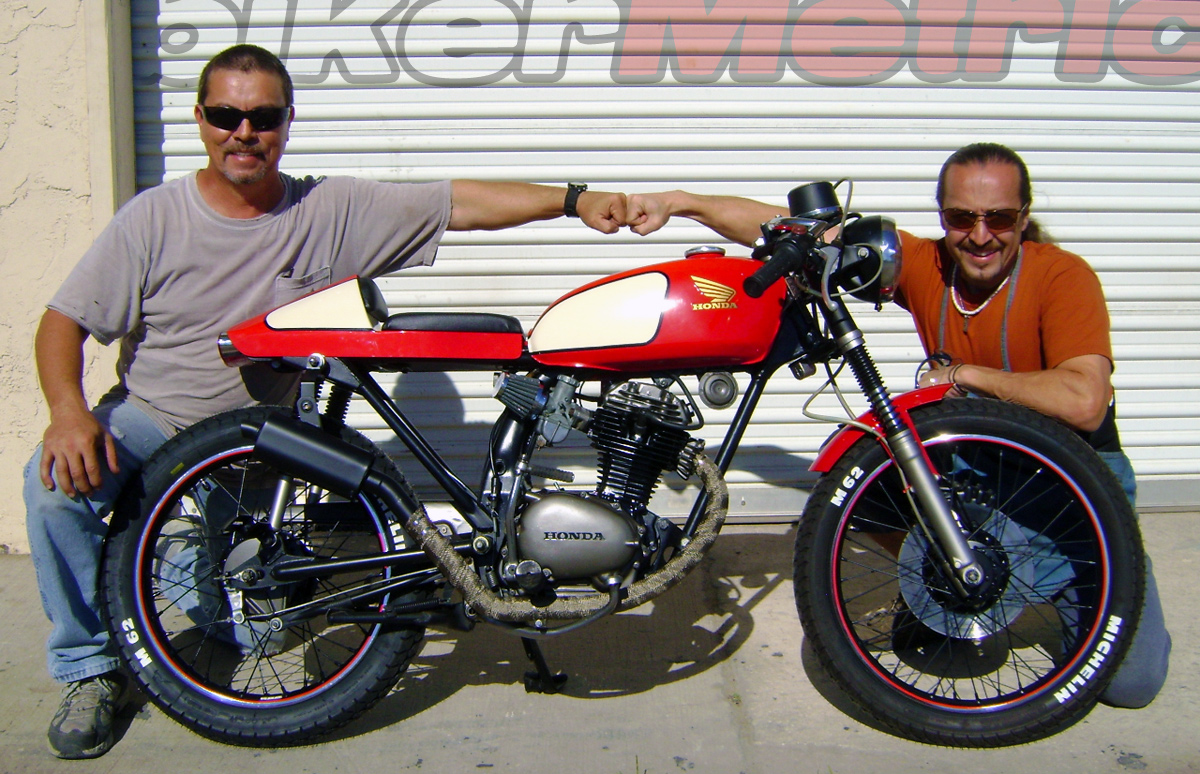