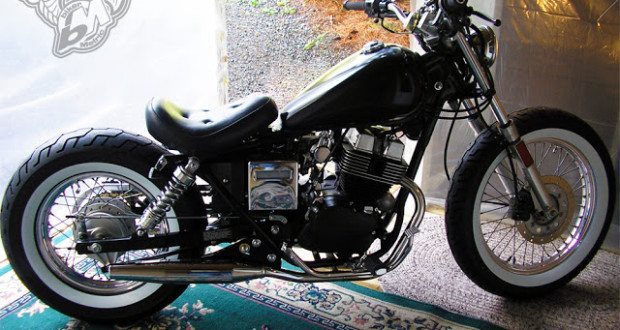 this is why i do this stupid blog. that, and the hopes that the unique motorcycle parts i am about to unleash will pay my bills so i can afford strippers and beer.

according to frank, he came across this blog by accident about six months ago and since then he has read literally every page. i’m surprised he doesn’t think i am mad. maybe he understands i’m a pint of bukowski, an ounce of hunter s. thompson, and a gallon of beer that doesn’t give a sh*t sometimes. every once in a while somebody tells me what this place means to them and it’s darned humbling. thank you, frank.

he says i inspired him at age 42 to build his first motorcycle and he’s looking for his second build already. 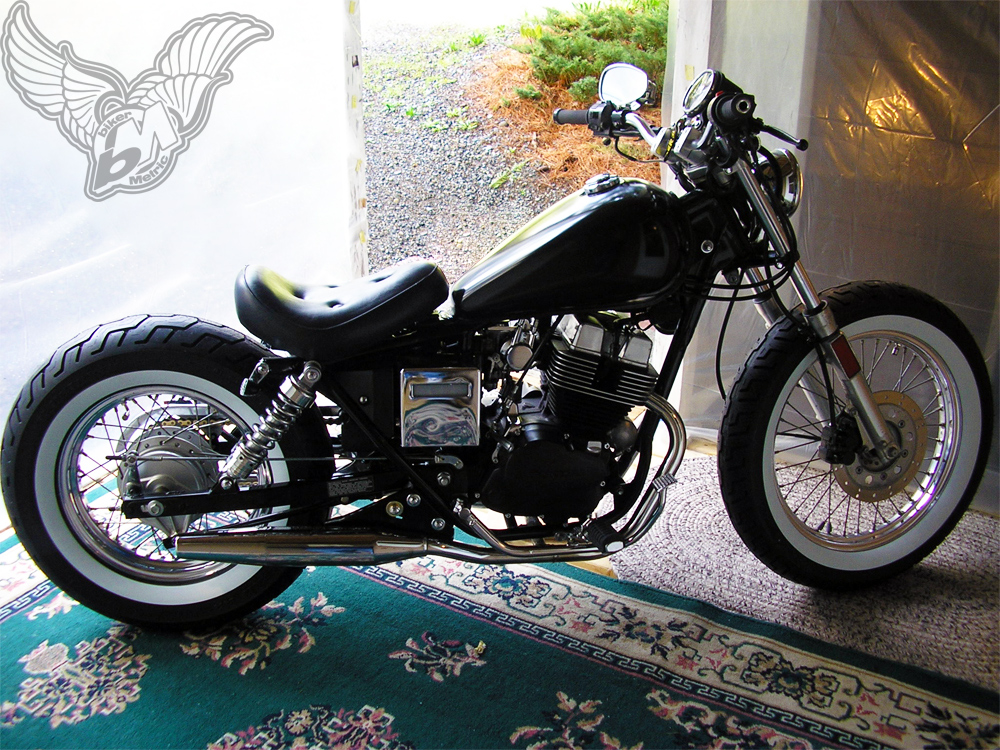 frank has a background in muscle car restorations, so a lot of this came relatively easy as he possessed some skills and tools which helped. the problem was he had no place to build his bobber. not being one to mess around and cry about it, he found a 1986 honda rebel 250cc and tore the whole thing down and rebuilt it on his front porch in two weeks, from start to finish.

what he did not know, he’d research until he found out and had no help on this project, and not a lot of money.

so far frank has a little pride in building it himself and has 230 miles on it without a problem. he’s named the bike “pigglet,” since it’s too small to be a “hog.” i dig it, man, but get rid of the reflectors on the forks. i know they’re integrated into the darned things so get your grinder out! 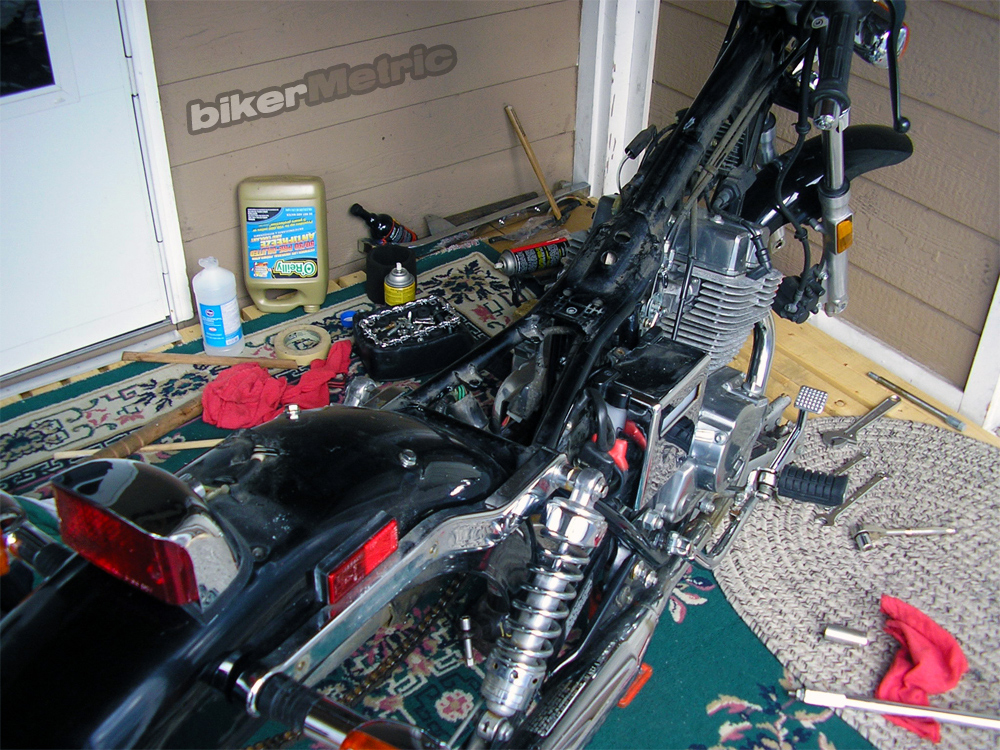 soon you’ll learn to lower the rear of the frame for a ****-scraping seating position, and where to hide as well as simply get rid of things like horns and chain guards and turn signals and speedos. depending on local laws and your thrill of defying death. regardless, not to be critical, doing your first bob in two weeks on your porch is impressive.

it looks like the bike a sane man would ride but to prove he’s crazy, he wrote that “we think alike on a lot of things. i am learning digital design/graphics at a local college and you made a difference in my life by your blog and for that, i thank you!” 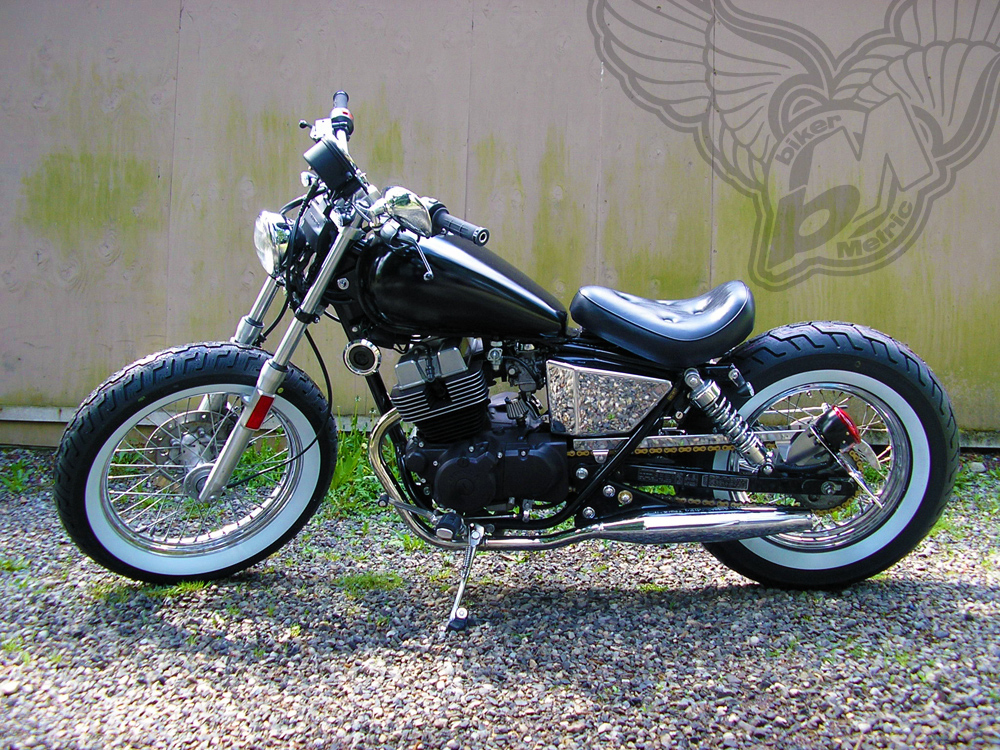 well…. i don’t know what to say, dude. the days of picking through 80k art director gigs are much harder to come by than they were a decade ago when i was knocking through that kind of salary in a nice job in san francisco, but you’ll learn a lot you can use for many applications, as it seems you did with this classic-looking bobber. i’ve seen many first-time builds that don’t look good at all and that people had worked months to make. it’s apparent you have a good eye and will find success at whatever you do.

kick ***, frank. i’ll look forward to sharing your next bike with bikerMetric’s readers. 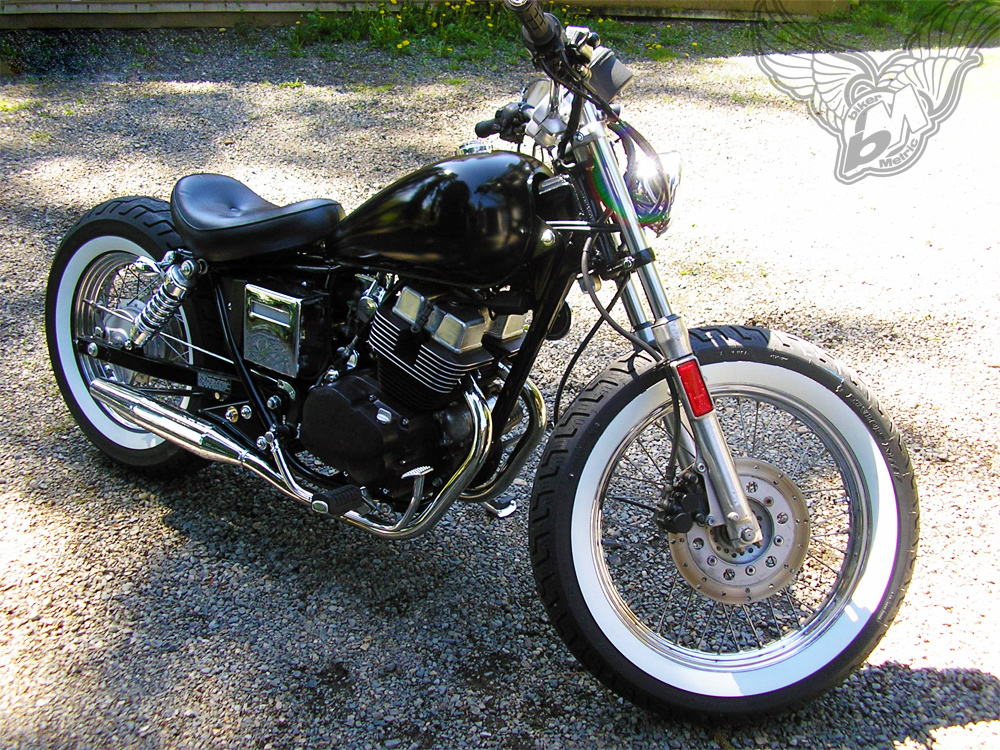