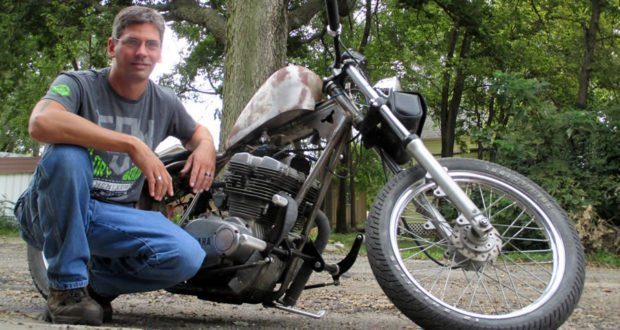 Jeremy Huff is a fourty-four year old tool and die maker from Kansas. He has a son, two daughters, and a beautiful wife. Growing up he would help his father build motorcycles and hot rods. His grandfather and great uncle owned the fourth and fifth motorbikes in Kansas, so the two wheel life runs in his blood. He’s always wanted to build a rat bike, and this 1978 Yamaha XS500 is his first build.

bikerMetric: How did you come to get the bike?

Jeremy: My buddy won it at an auction, and it was a total mess. It had a crooked neck, incorrect neck gussets, the axle mounts were really bad. You name it. Jeremy’s friend who won the bid decided he just didn’t want to deal with it.

bikerMetric: One man’s trash is another man’s treasure. Then what?

Jeremy: He didn’t want to mess with it so I bought it and got it all straightened out. It’s been on the road about three weeks now.

bikerMetric: Nice, how did the build go? 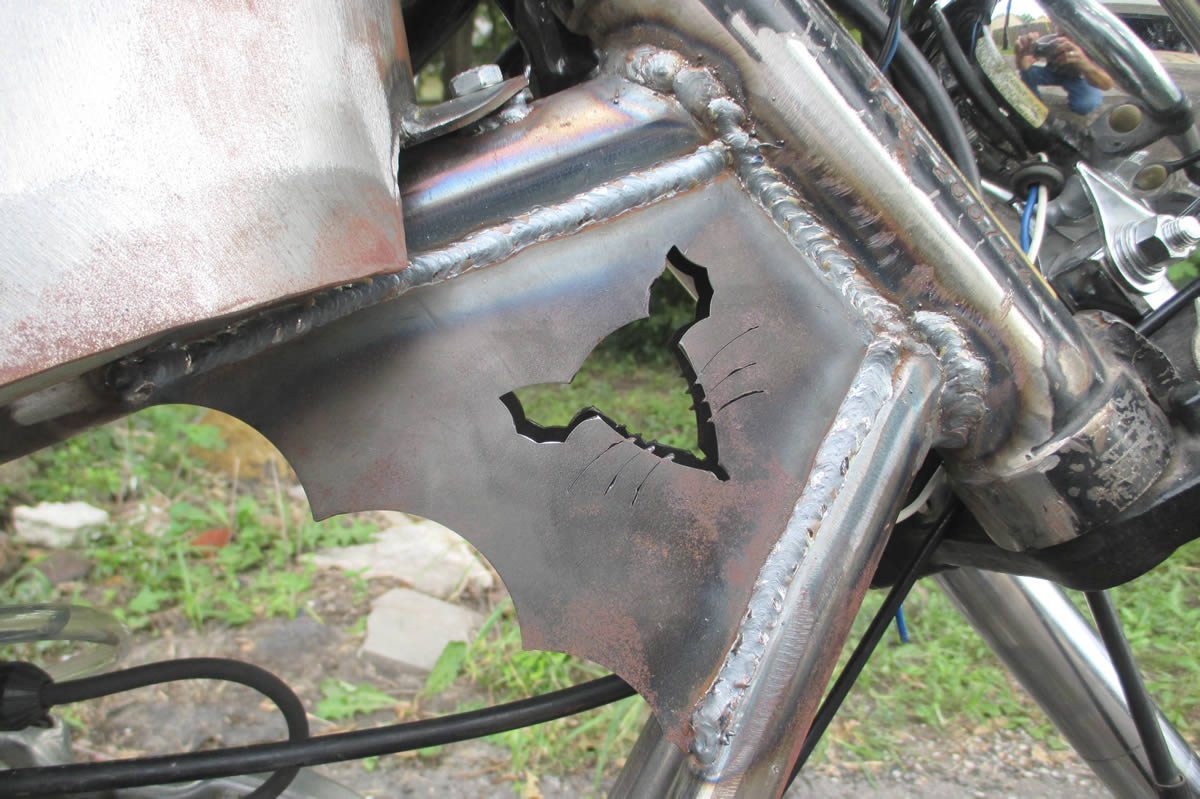 bikerMetric: What’s up with the bat, anyway?

Jeremy: My oldest daughter thought it needed a super hero (she’s a Batman fan) so she designed the “bat rat”. I decided to cut it into the neck gussets. The axle mounts and pinstripes carry the theme also.

Jeremy: It’s been a fun project. My favorite part of the 1978 Yamaha XS500 brat build was watching the rust set in. I was going to paint it the typical flat black but the rust just came in perfect. And that is literally my sweat that made that rust. I did all the work myself. 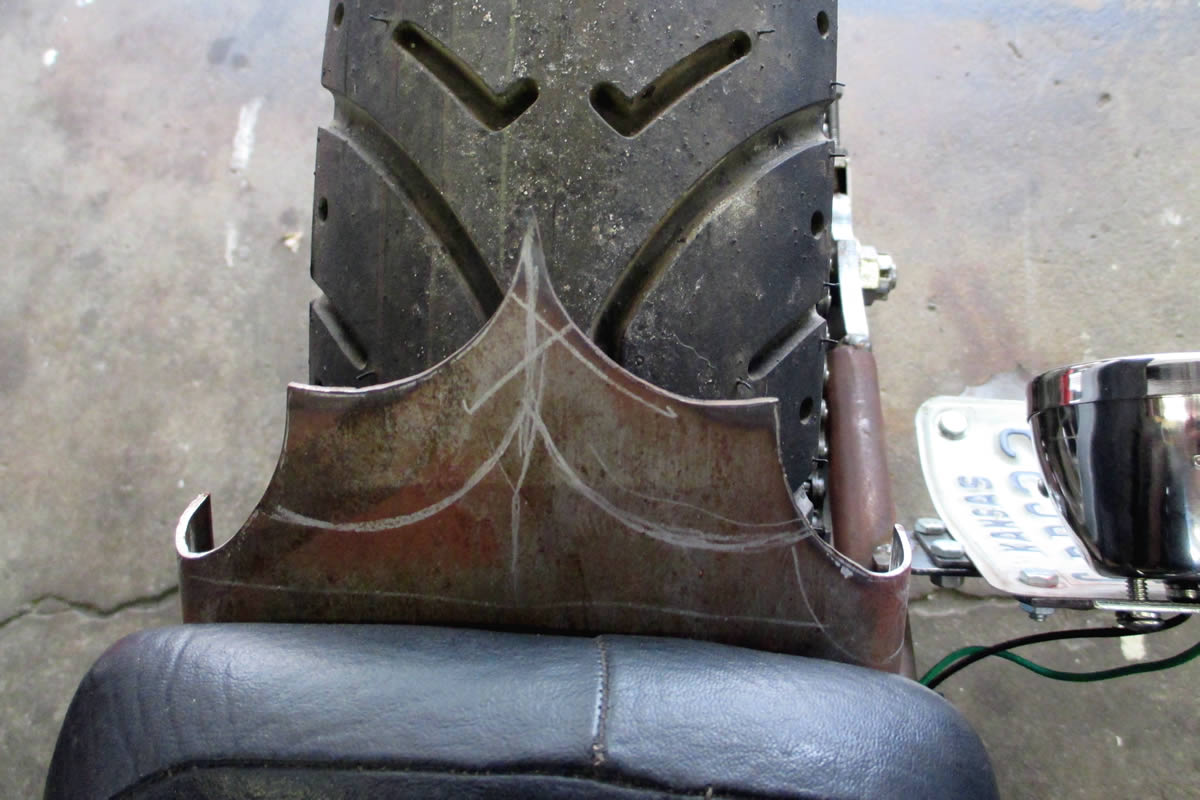 bikerMetric: Is she all done?

Jeremy: I have a few more things I’m going to add to button everything up. I’d like to add a fake oil can, battery strap and clear once it gets a little more patina.

bikerMetric: All in all, pretty sharp little brat.

Jeremy: Thanks. I tried to stay true to the rat culture and built it in my garage with what I had to work with. But I admit, I have a laser at my disposal so yes, I used that for the neck gussets and axle mounts. Just made it a little quicker build. It took about 6 weeks altogether. 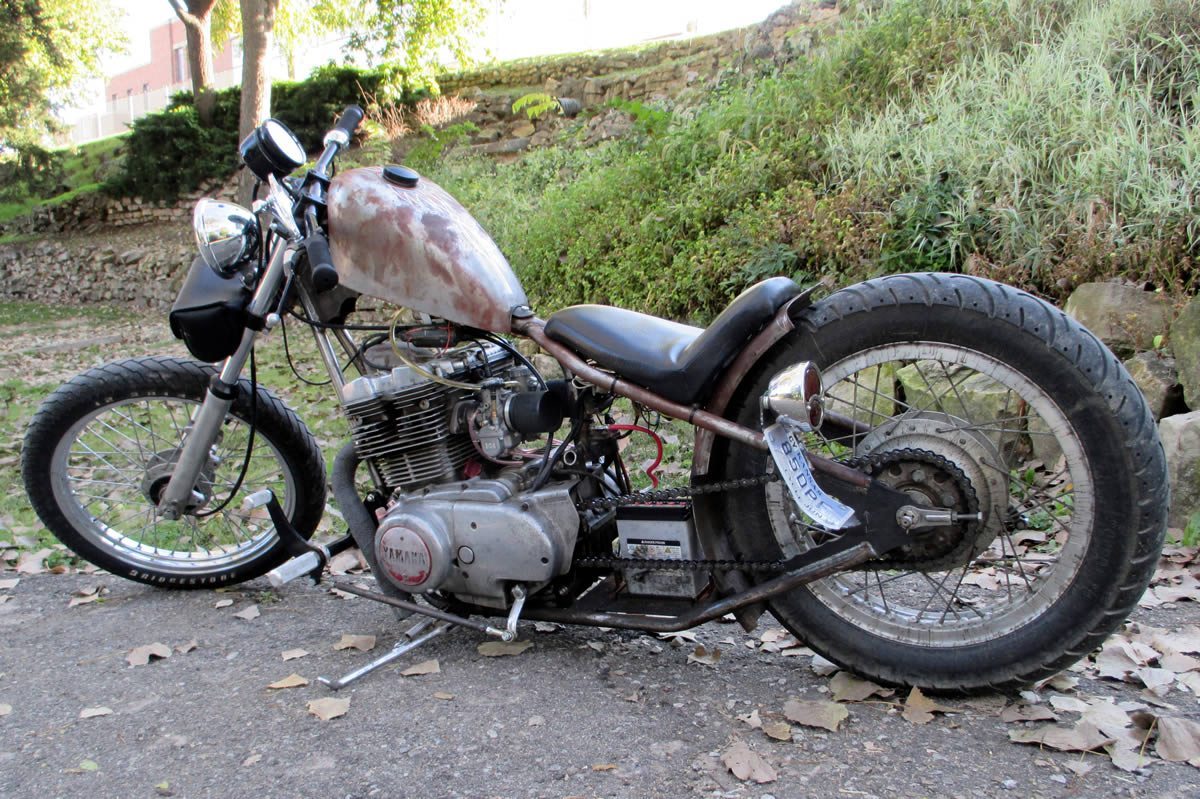 bikerMetric: So we’re looking at a bike that’s about 40 years old that just got a serious face-lift. What’s the next chapter in its life look like?

Jeremy: I think my son will end up with this bike. He got his M class when he was 18 just like I did. We are a two-wheel family over four generations now.

bikerMetric: You can’t learn that in school. Way to go, Huff-fam. 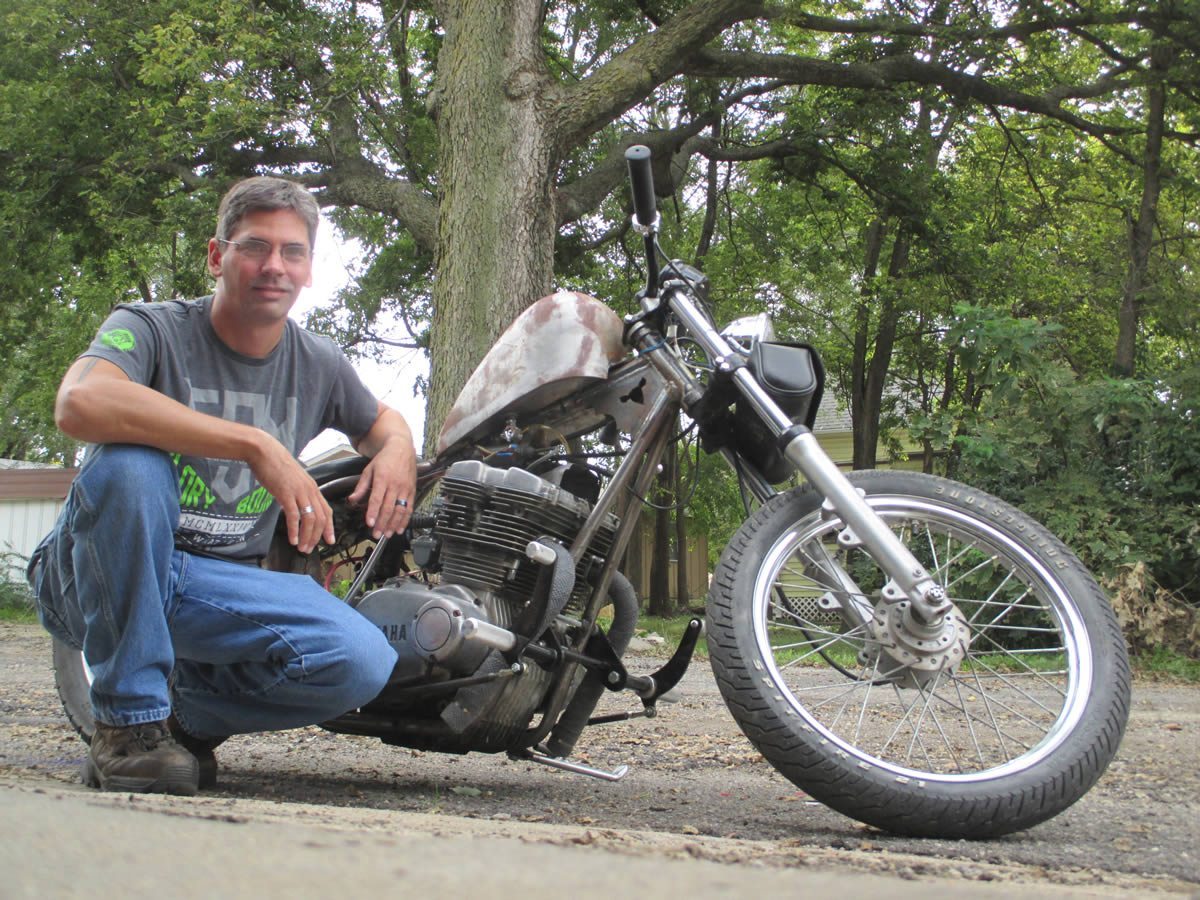 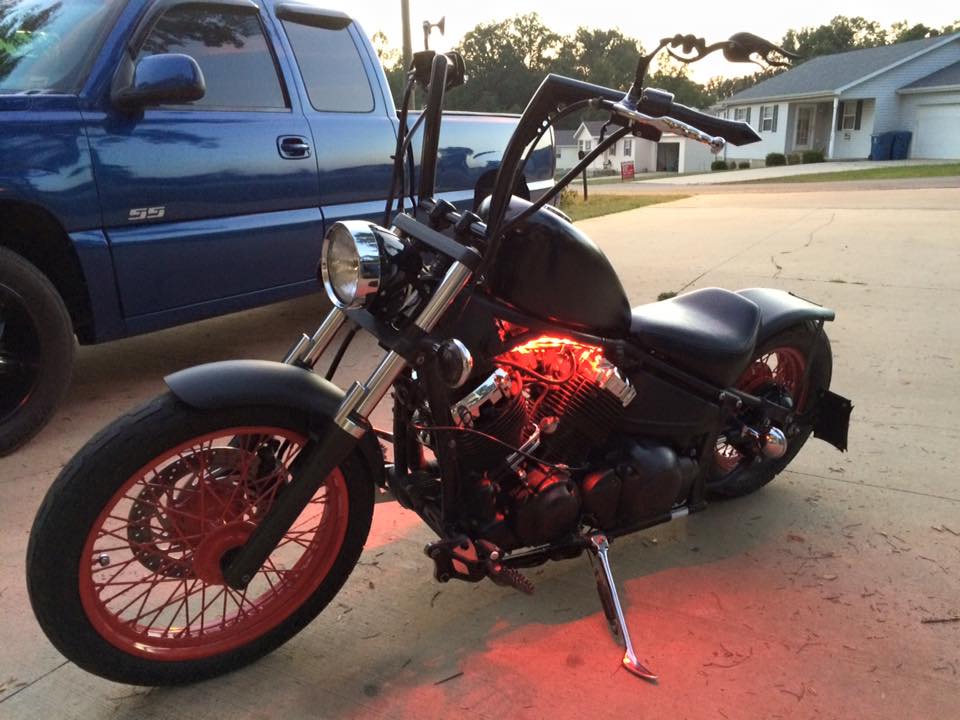