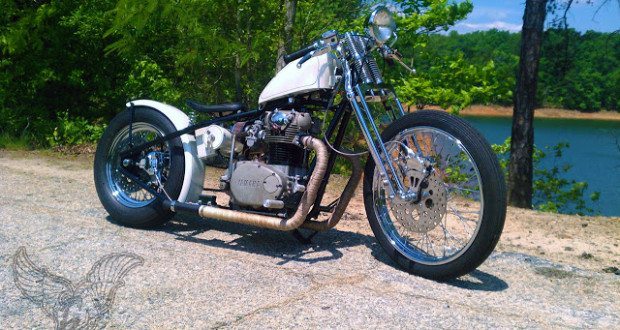 tony is a regular contributor to the flakebook bikerMetric page. no you don’t get a link like i always give. finger it out or yourself. if you can’t. i don’t care. wash your hands, jerkoff.

this bike was sent in by antonio riu. he wrote that after a year and a half of spending more time d*cking around on his cb500 than riding, he decided it was time to get a built runner. he’s not much of a builder and either am i. i am a f***ing writer. he buys the first round. 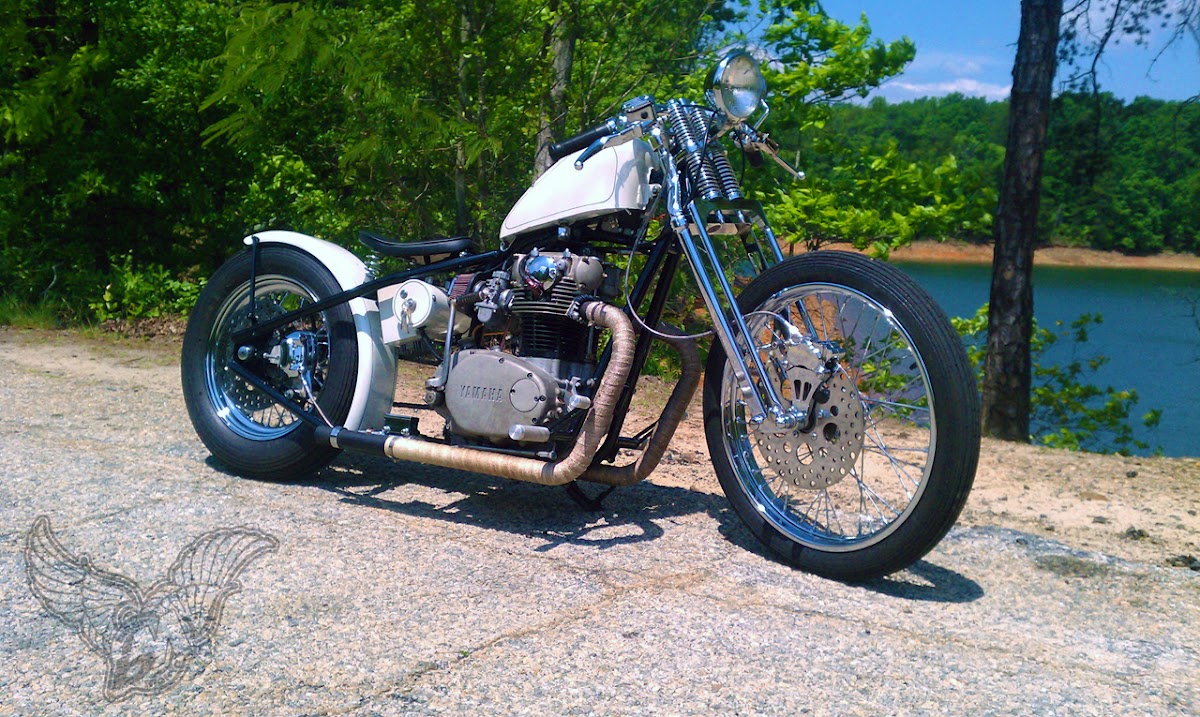 tony sold his cb500 on a friday night and picked up this 1980 xs650 that weekend. it was mostly built with parts by guys from colorado who must be high because i’ve emailed for two years and never got a reply so f*** them. 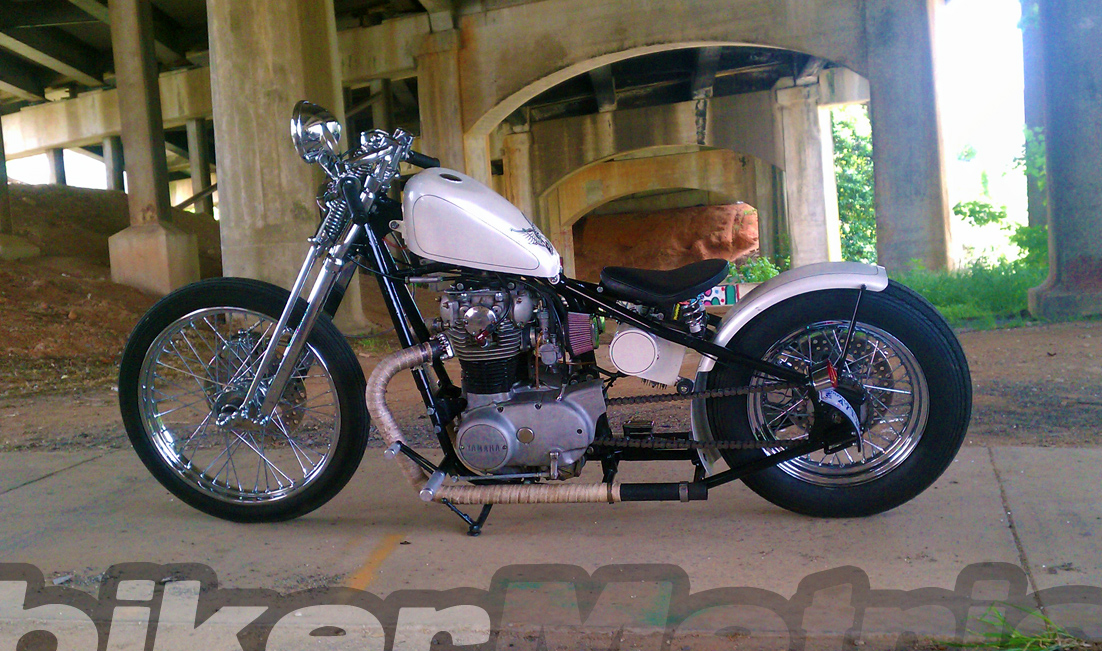 tony’s scooter has a sporty tank and now he looks at it and thinks, “it looks almost like this guy bought a kit.”

except for the bikerMetric sticker. that’s an upgrade you have to wait weeks for. it comes from the factory and as you can see, the factory is very busy.

nothing wrong with kits, either. ryca is making a living off that because for most, to simply use a wrench and change a part is a big deal, and that’s all you need to make a decent kit bike. 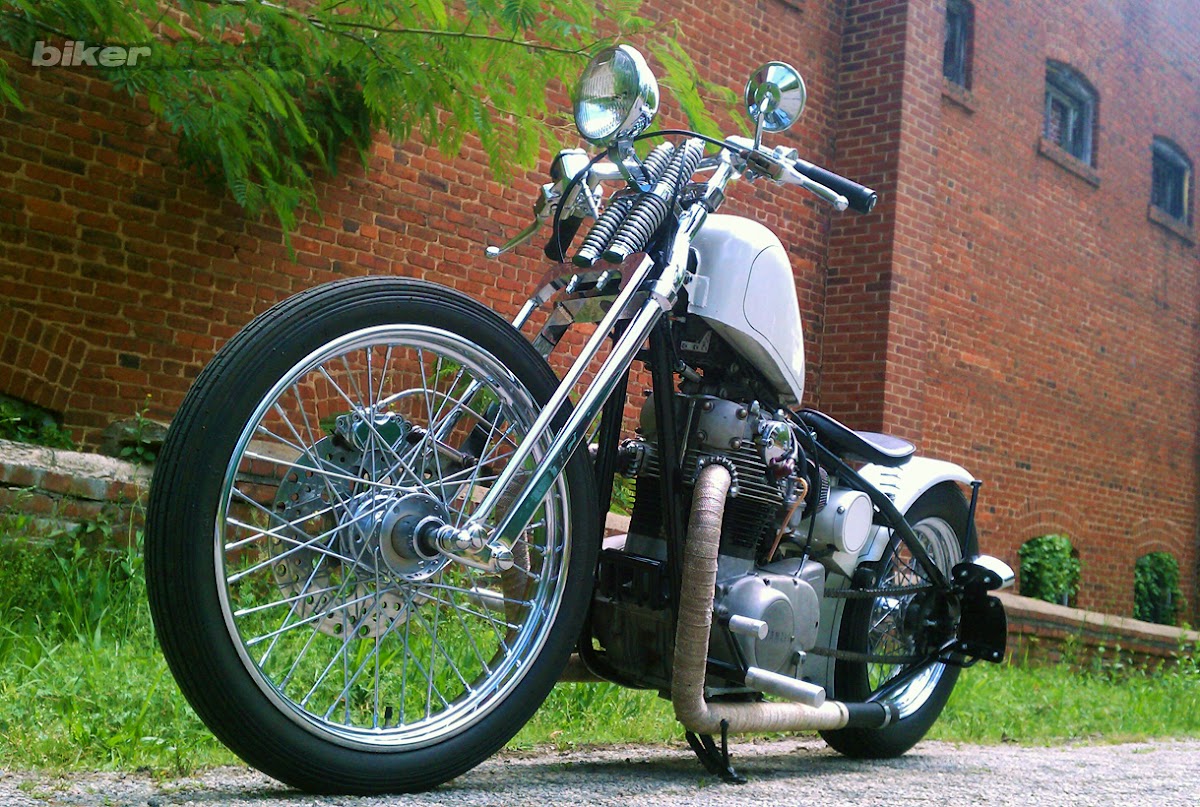 it has a dna springer he ought to replace as soon as possible, giant brake discs front and rear, with 21″ front and 16″ back rims. the motor was rebuilt and bored to something he did not specify but ought to comment below with specs so i don’t mess with him too hard.

he’s put about 300 miles on it without an issue great or small. if you like it, love it. he does, she he rides it.

to be smart, it has a kick and electric start, and the paint is pearl white matching his el camino. 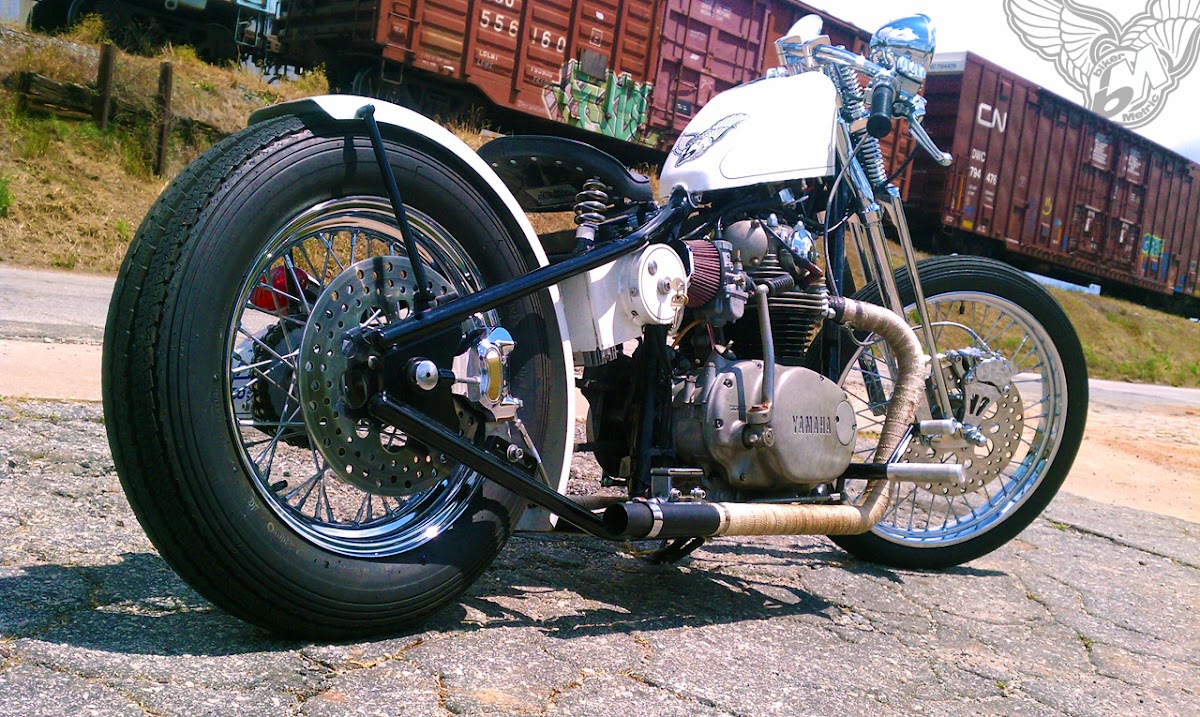 he asked you to guess the year of something, the el camino paint color i suppose, as if we know paint names from cars built 40 years ago. some snooty big-name jerk would know because he was raised to live and breathe that kind of info. i’m just a poser writer with photoshop.

what year was the el camino made with this pearl white on it?

they won’t answer. i am beneath them. pulling the nails out from under their soap boxes…

tony added another thing about “the power of attraction theory.” dude. you like what you like. you took in a sample, they put it on your bike. i am the only one who writes poetry about quantum physics and the connectivity of everything around here.

it looks good. thanks for sending it in, mad metric ****! rice hard and fast.