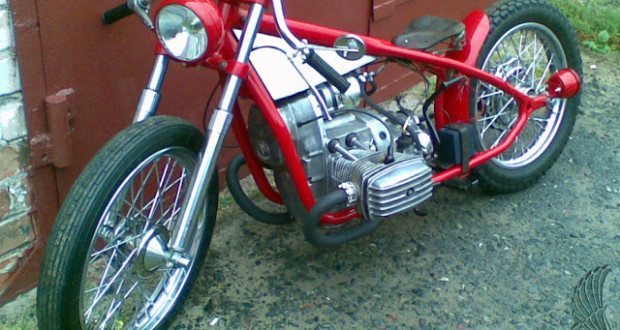 you may remember a reader rides post from a month ago where i profiled maxim’s mt9 dnepr bobber. it seems that they’ve modified the bike in a big way since those photos were taken. 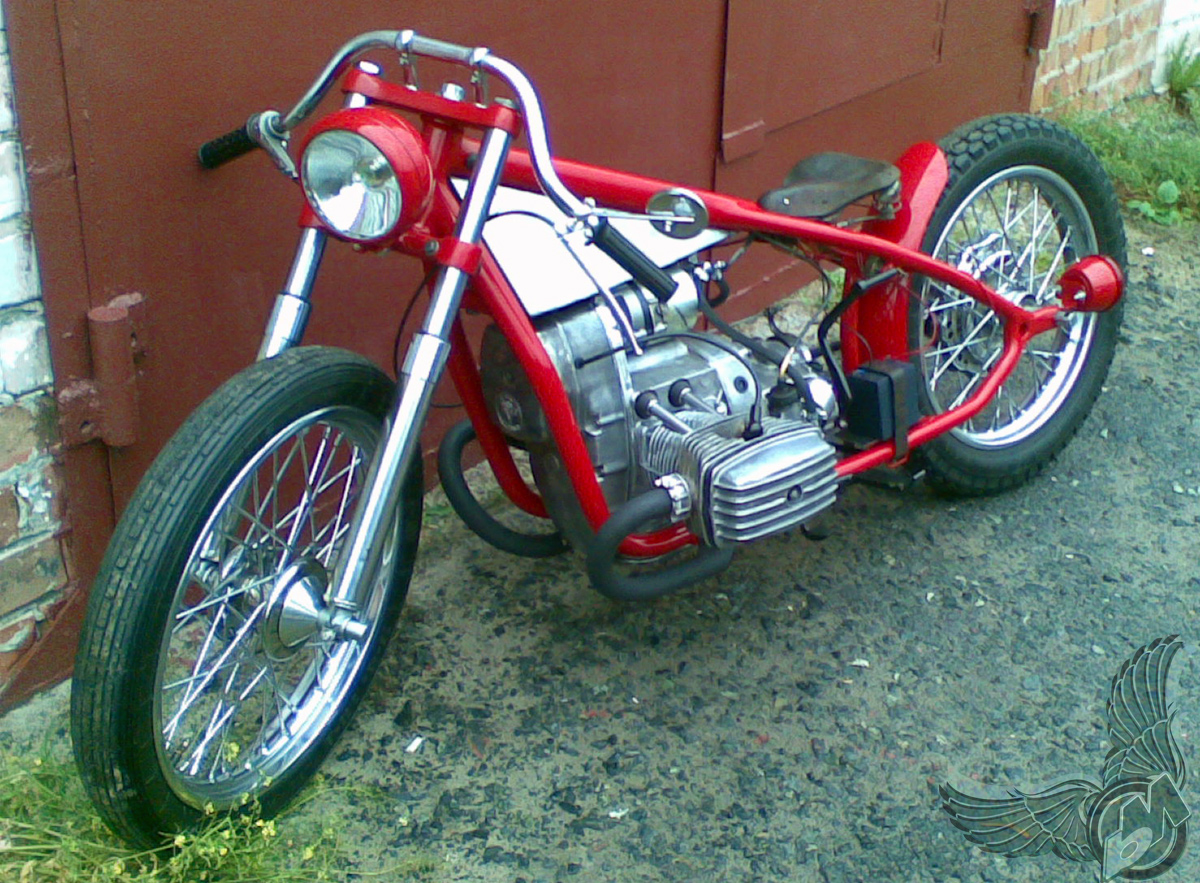 maxim wrote with new pix and told me “you have got the most exciting blog about metric custom motorcycles. keep it real!” i do my best, man. thank you.

if you folks recall, this bike started in 2006 as a beat up “piece of scrap metal.” then, in the summer of 2009, the bike was stolen. a year later he and his friends found the bike by accident during a ride. 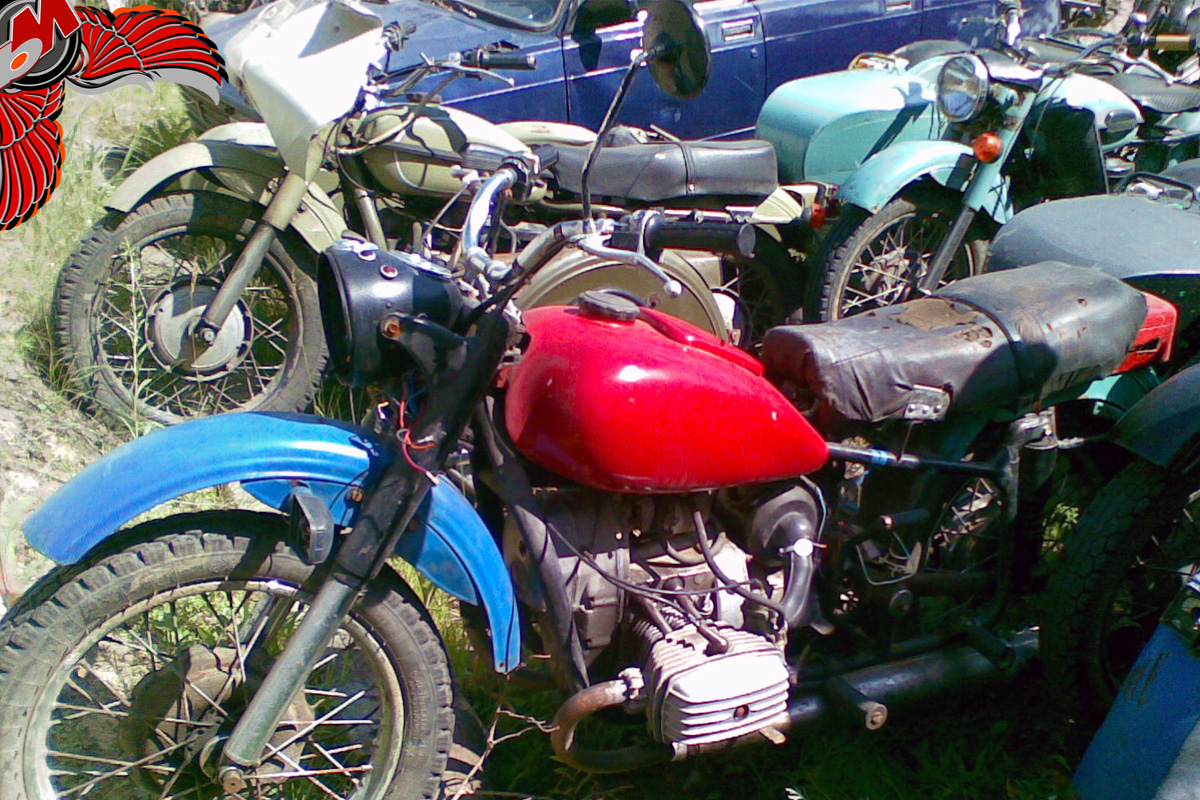 it was time to start over. 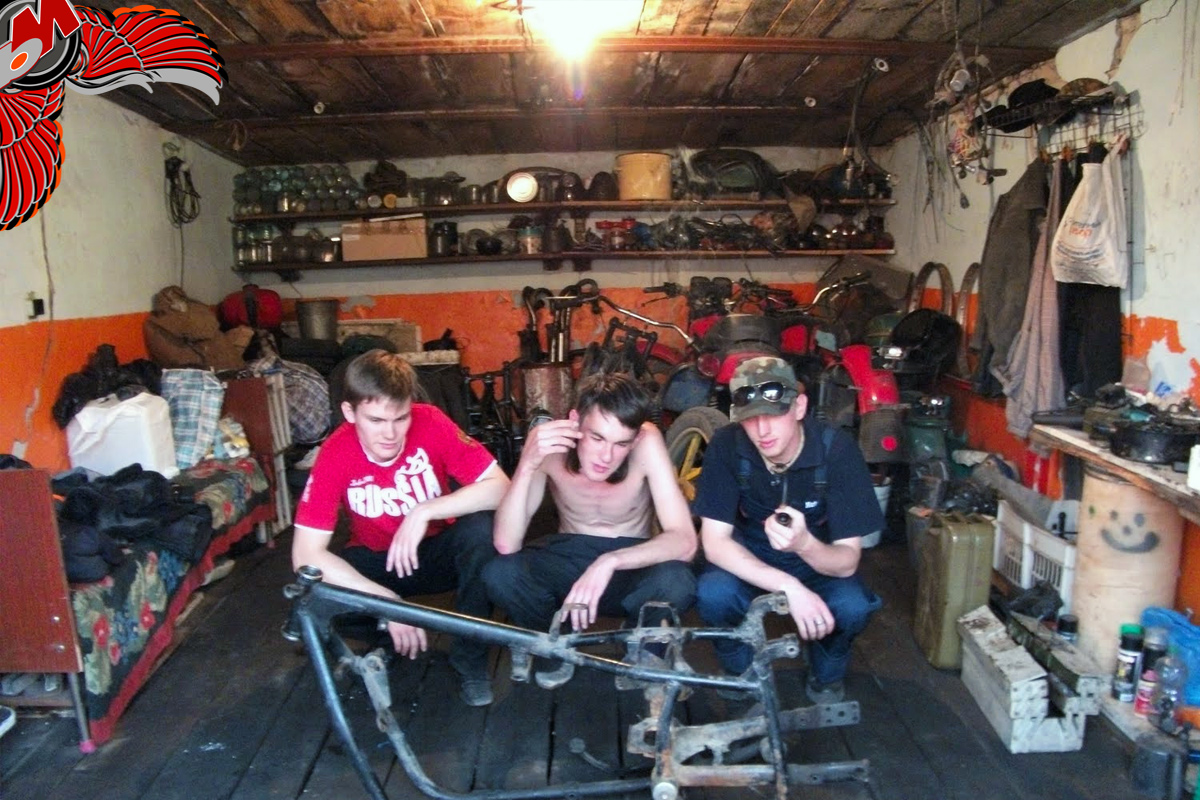 they first bobbed it a bit and painted it red. the first iteration can be seen here. then they went to cranking out some more custom stuff to make the bike even more bobbed and a bit radical. 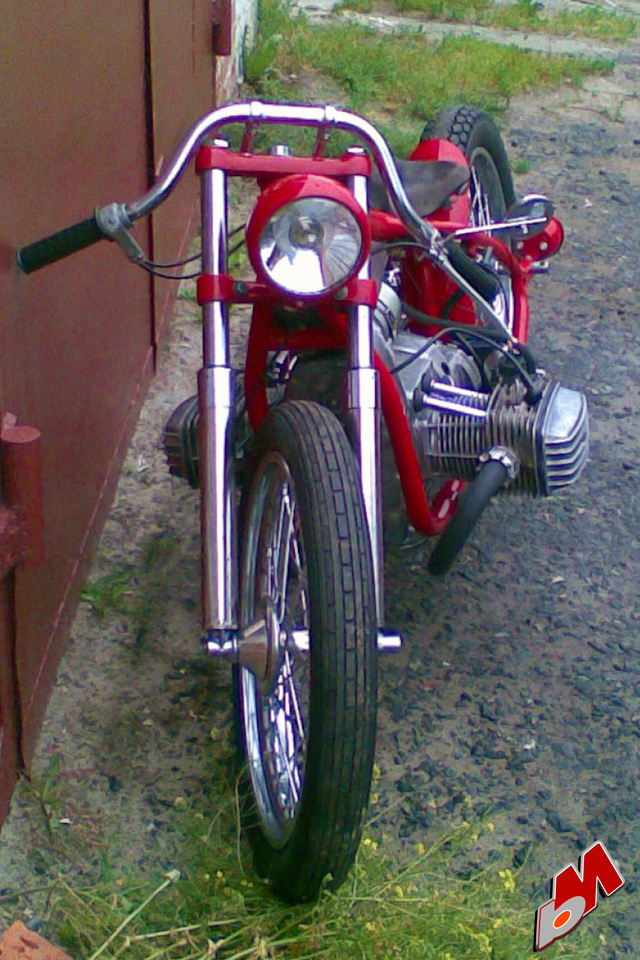 as you can see, she’s had her front fender tossed, her rear fender heavily bobbed, the frame has been painted and hard tailed, it’s given old school boardtrack style bars, the tank is custom, the wheels have been cleaned up, the front end is new, and probably much more. 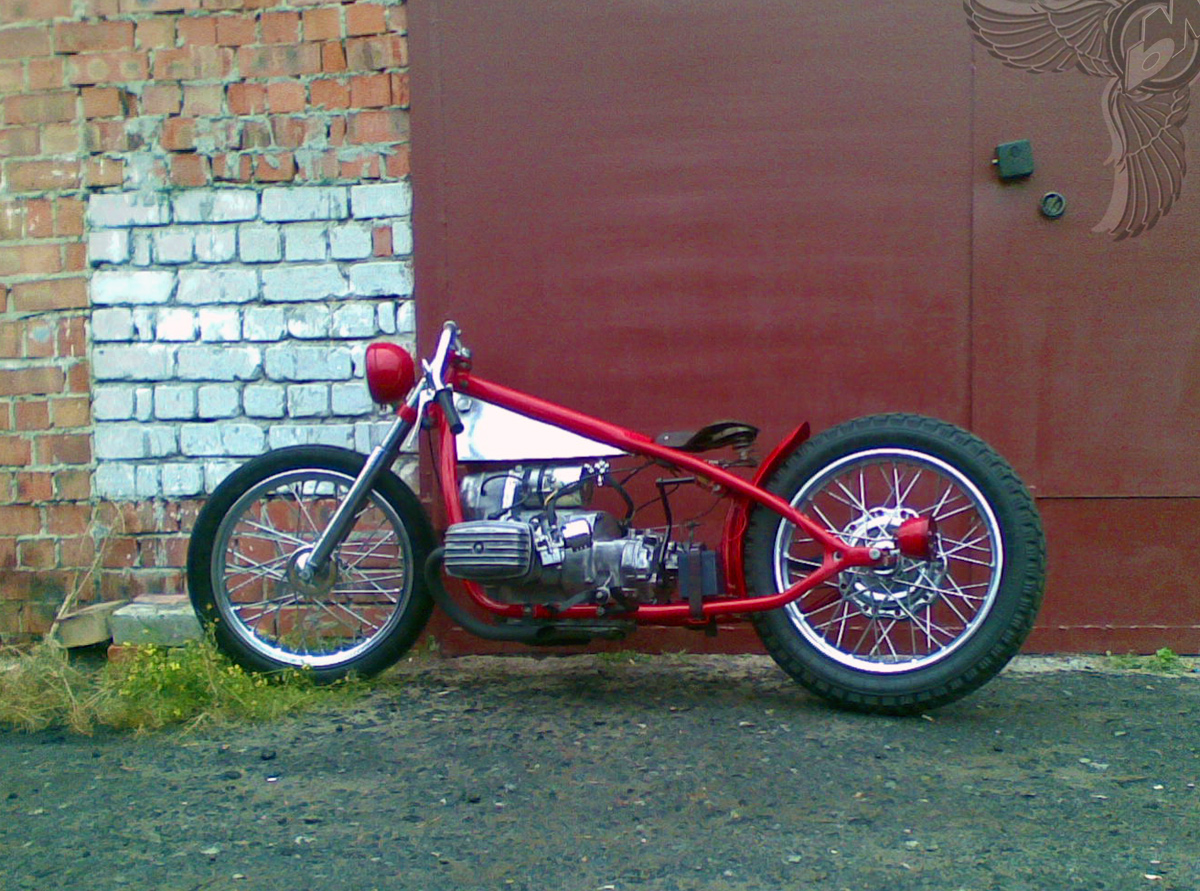 this dnepr weighs only 330 lbs (150 kg) so she probably scoots well down the road for having less than 35 hp. it also looks clean and cool.

to read a bit more about the build and see other pix, check out maxim’s blog at 117 kustom.