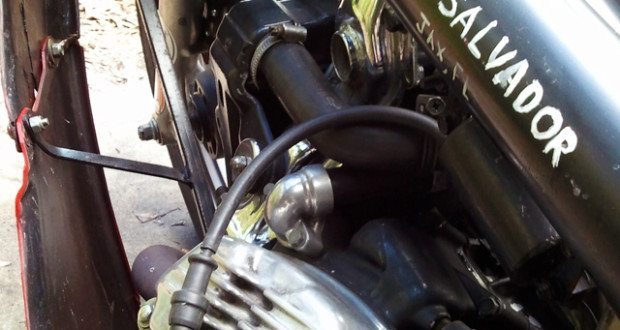 this is the current world record holder in the 500cc pushrod class at bonneville: 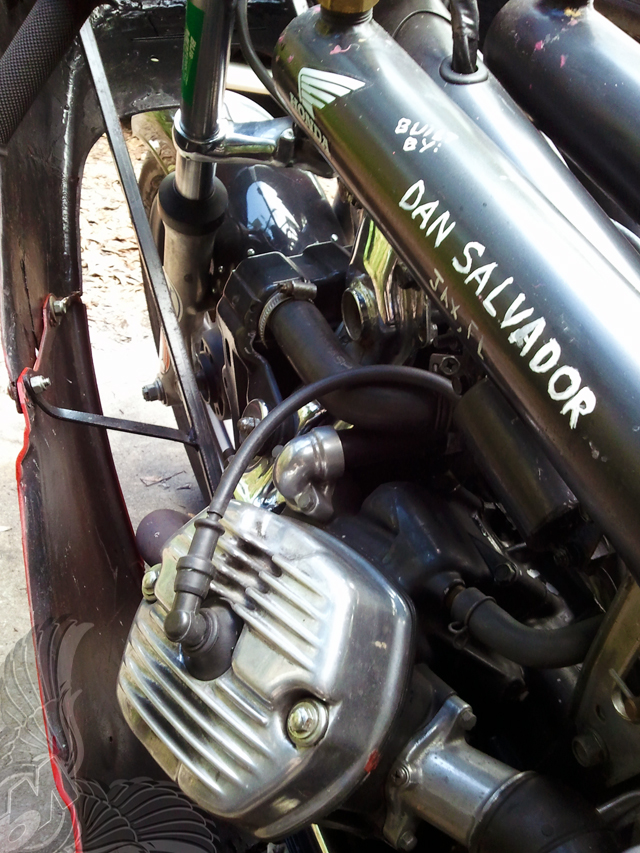 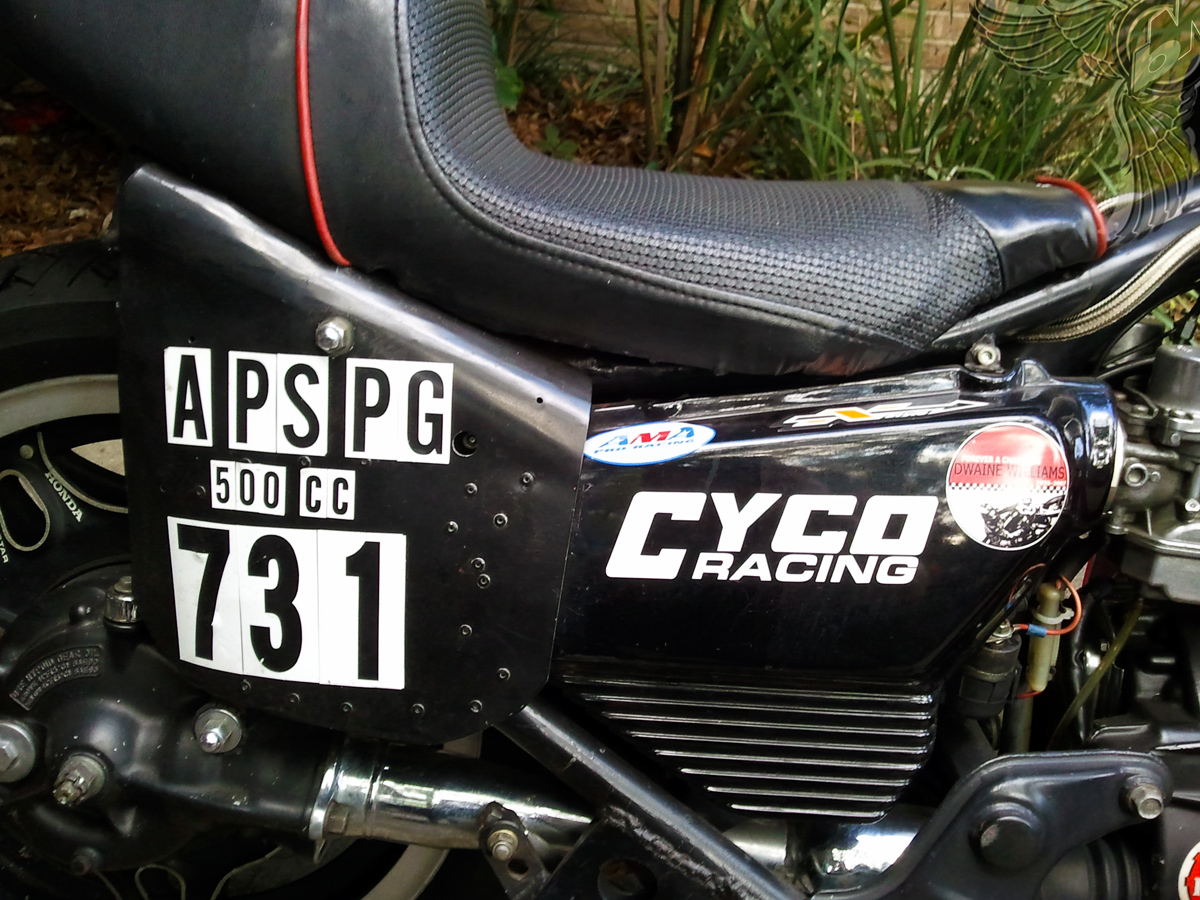 they hit over 114 mph with a stock motor and half-assed body work in 2008. watch the video below. i filmed a few more minutes but my camera video blanks after about five minutes. until i can afford to get something that won’t cut out on us, this is what you get instead of missing moments where dan, the builder, kindly humored us on how the bike was constructed and detailed the meanings of the designation numbers on the rear, shown in the photo above.

mucho plethora ga-joob thanks to scott taylor from godfrey vintage for giving me the opportunity to meet such wild men.

i was also drunk when i took this lame assed video.

dan, the mechanic of this bike, who is speaking about it and owns it, is also a tai chi instructor. the facial hair gives him away. stan, the mad rider, drinks michelob ultra! i know! i always brought at least miller, the champagne of beers, or even better, yuengling. 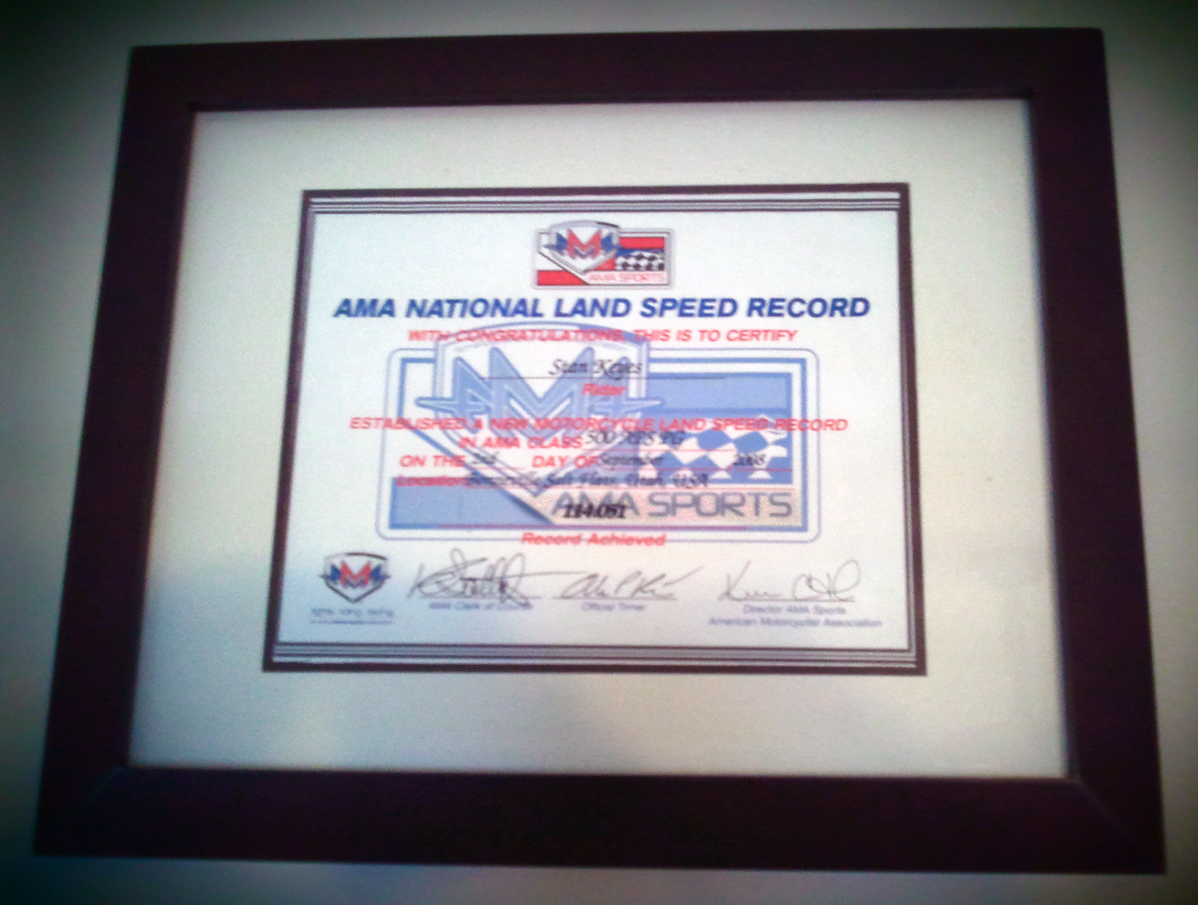