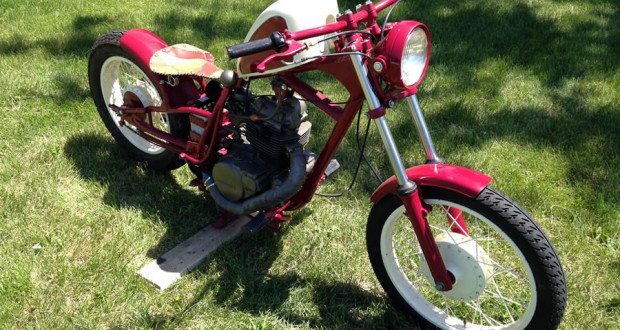 We got an email from Travis about his latest build. Who? Travis Bennington. He’s our attorney by day and backyard motorcycle builder by night. In November Travis sent us his 1981 Yamaha SR250 bobber build. The SR250 bobber’s color code was based on a painting he made of his wife years earlier. Now he’s at it again, this time with a new 1981 Kawasaki 250cc bobber.

bikerMetric: Ok brother, we saw your first work last year. What was the inspiration behind this build?

Travis Bennington: Actually inspiration for this bike started as an idea I had to pay respect to the early Indian Chief. I saw a 1907 Indian with the traditional color scheme of Red and Ivory but the tank had the traditional colors reversed. I thought if the wheels and tank were predominantly ivory it would be eye catching. But I didn’t have a real idea of shape. Then I saw the bike above. I loved the shape of the tank being higher than the rest of the bike. My tank is a 1970’s Harley so it is longer and I had to stretch the back bone 4 inches to fit it. I cut the frame down to the engine mounts, essentially, and built the rest. When I was done with the color I wanted to do something cool with the paint, yet keep it looking old. So I stole from the 50’s lowriders and lace painted the tank on the sides and rear fender. 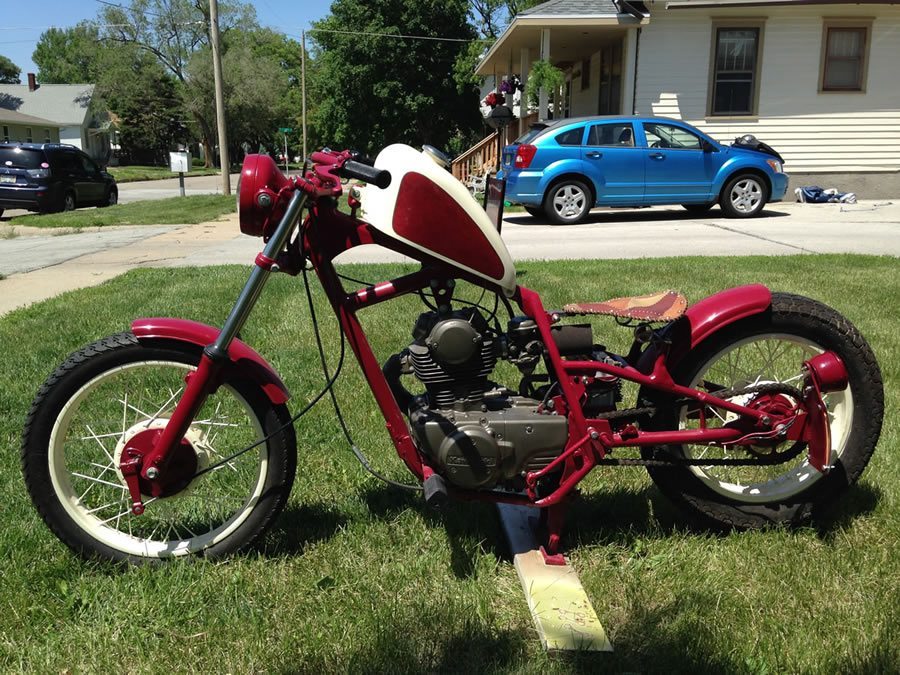 bikerMetric: What kind of shape was the Kawasaki in when you got it, and what was your goal with the build?

Travis Bennington: It was a low mileage Kawasaki that ran great and was in awesome shape, but it wasn’t art. I wanted to build a mobile piece of art that would leave people wondering just what they were looking at. The first day I drove it to our local pub I sat inside and saw 3 people stop and take pictures. Really a great feeling.

bikerMetric: What modifications did you do to the bobber?

Travis Bennington: Built the frame; made it a hard-tail; 4 inch stretch 1 inch rise; made the wiring harness from scratch. All it has is an on/off switch, start button, head and tail light. Bobber style. Stripped down.

bikerMetric: What’s your favorite modification to the bobber?

Travis Bennington: The tank height. I like the attitude. That and the short straight pipe. It sounds like a lion.

bikerMetric: Which mod was the most difficult?

Travis Bennington: The suicide shifter linkage. It couldn’t go over the engine, so I had to run linkage behind the engine and around to the transmission. 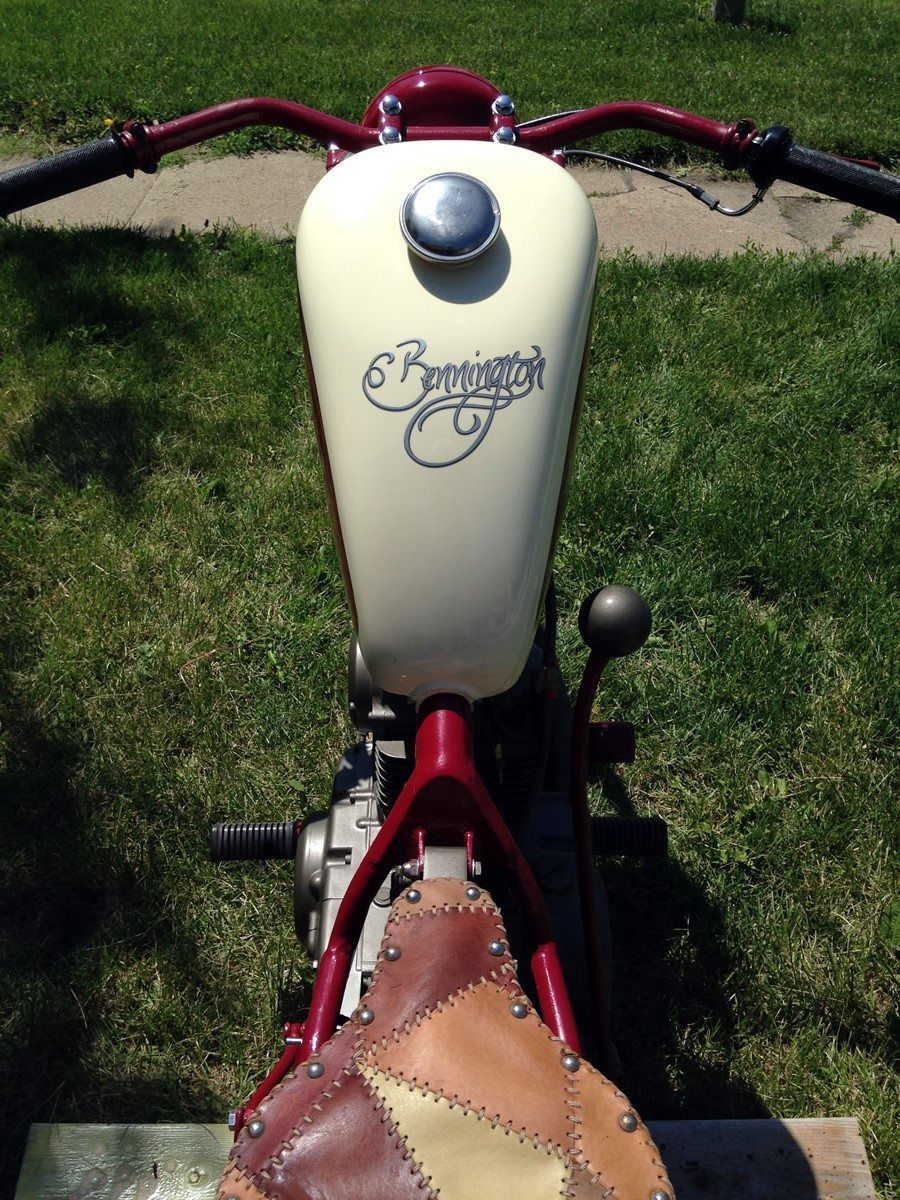 bikerMetric: Do you feel you’ve developed a certain style now that you’ve got your second build under your belt? Is this a style you’ll stick with, or more of a convenience or coincidence than anything deliberate?

Travis Bennington: I like the one-off feel of building something by hand. Buying the parts and putting them together is not really art.

bikerMetric: Oh, kay… Any plans of selling the bike?

Travis Bennington: No, but in a dream world I would build bikes for people instead of doing what I do.

bikerMetric: Any plans for what’s next?

bikerMetric: Anyone you want to give a shout out to?

Travis Bennington: Shout out to old Indians and the guy on BikerMetric who inspired mine.