i support tc bros. they walk what they talk. 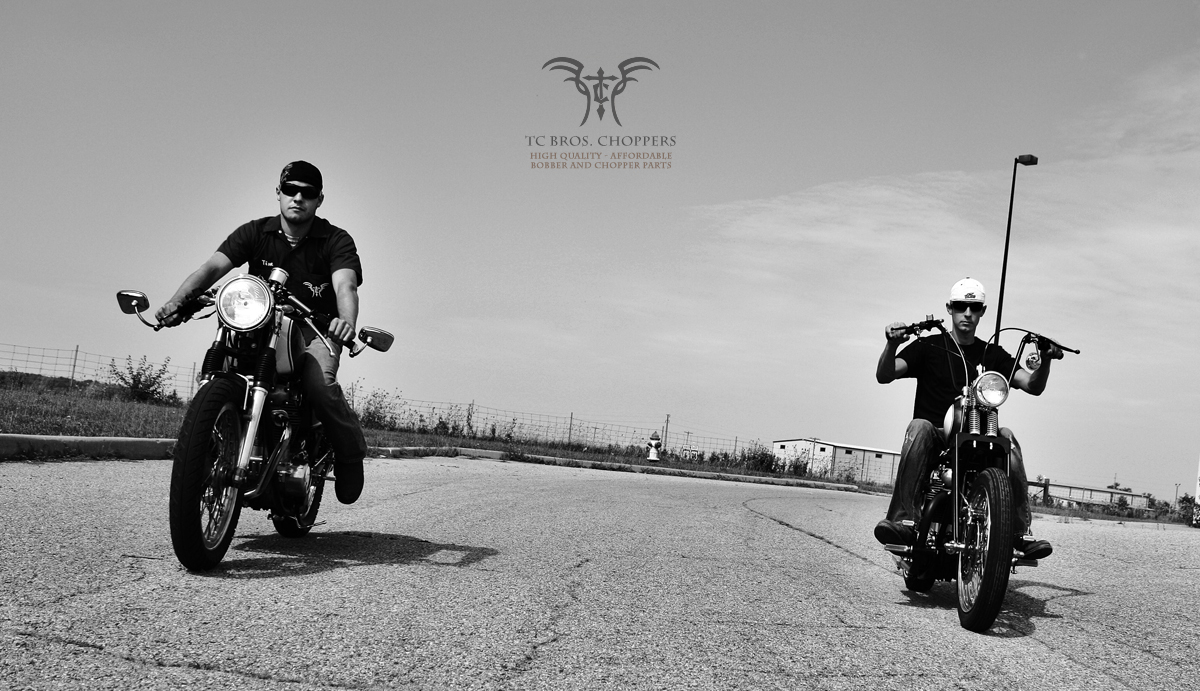 tim (left) and tyler (right) are the men behind the logo, the custom hardtails, and the kick** one-off parts of tc bros. choppers.

yes, one-offs. you want something you cannot fab because you don’t have a lathe or a cnc machine? call tc and make it happen. tell them it’s my fault. they’ll do everything to accommodate you even though you might have found them on bikerMetric. 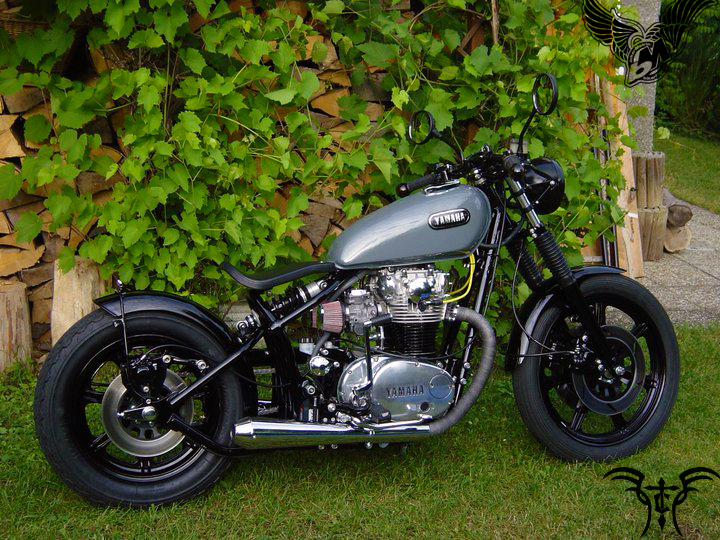 what you might not know is they make entire custom metric motorcycles, not only parts. cafe racers, bobbers, choppers, cb, kz, xs. you name it. they have done it, or they can. without doubt. again, tell them i said so. 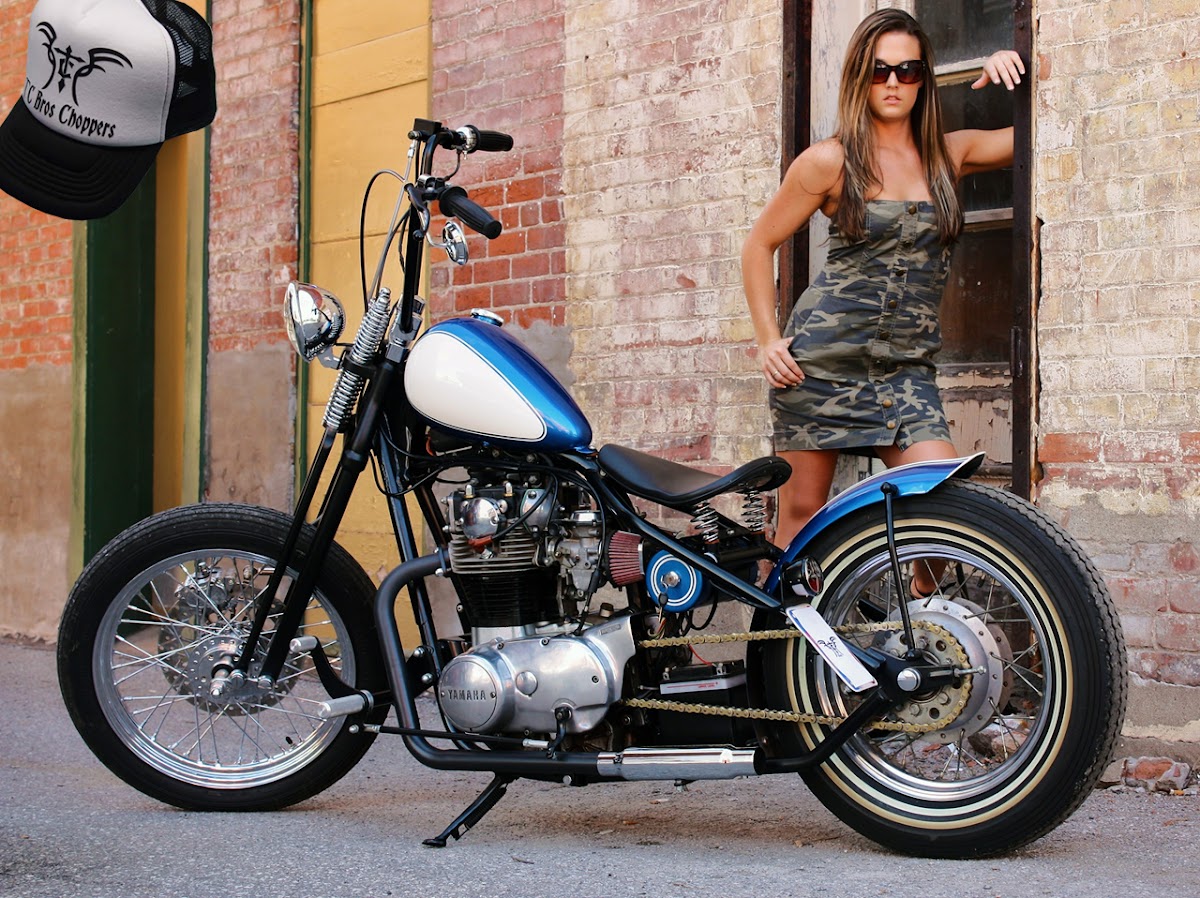 here are the specs on the bobber you see above: 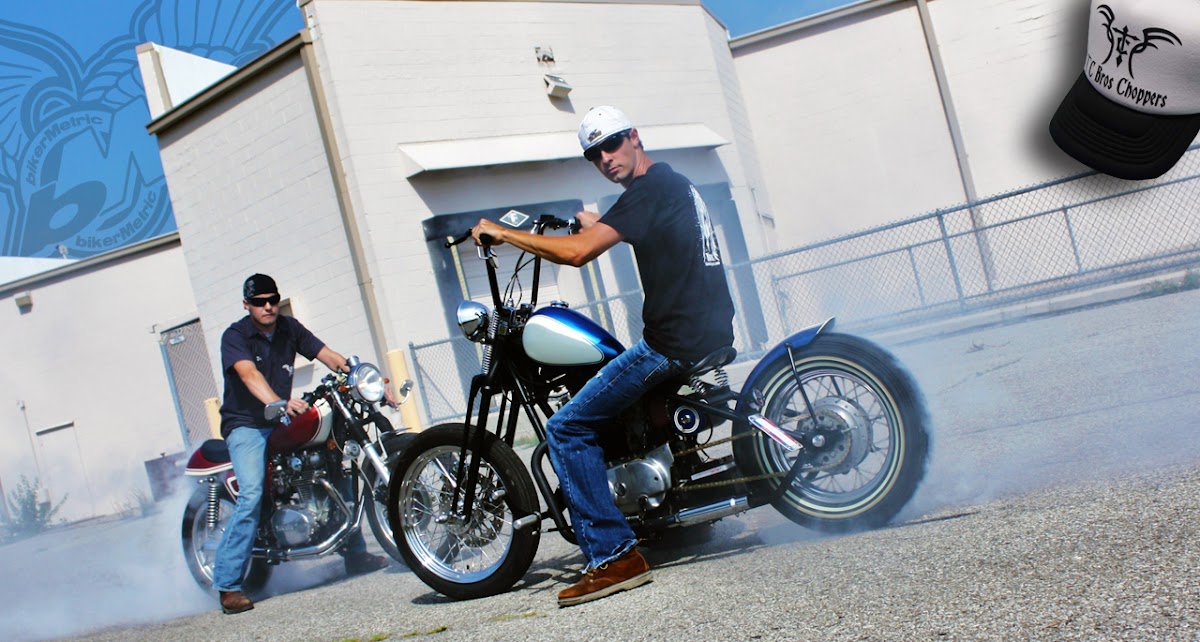 the brother’s main goal with this bike was to create a classic-styled, rideable bobber that people can build using tc parts. they wanted to show the average, at-home builder who’s working in their garage how they could make something great on a reasonable budget; which gave the bike it’s name, the “blue collar bobber.” 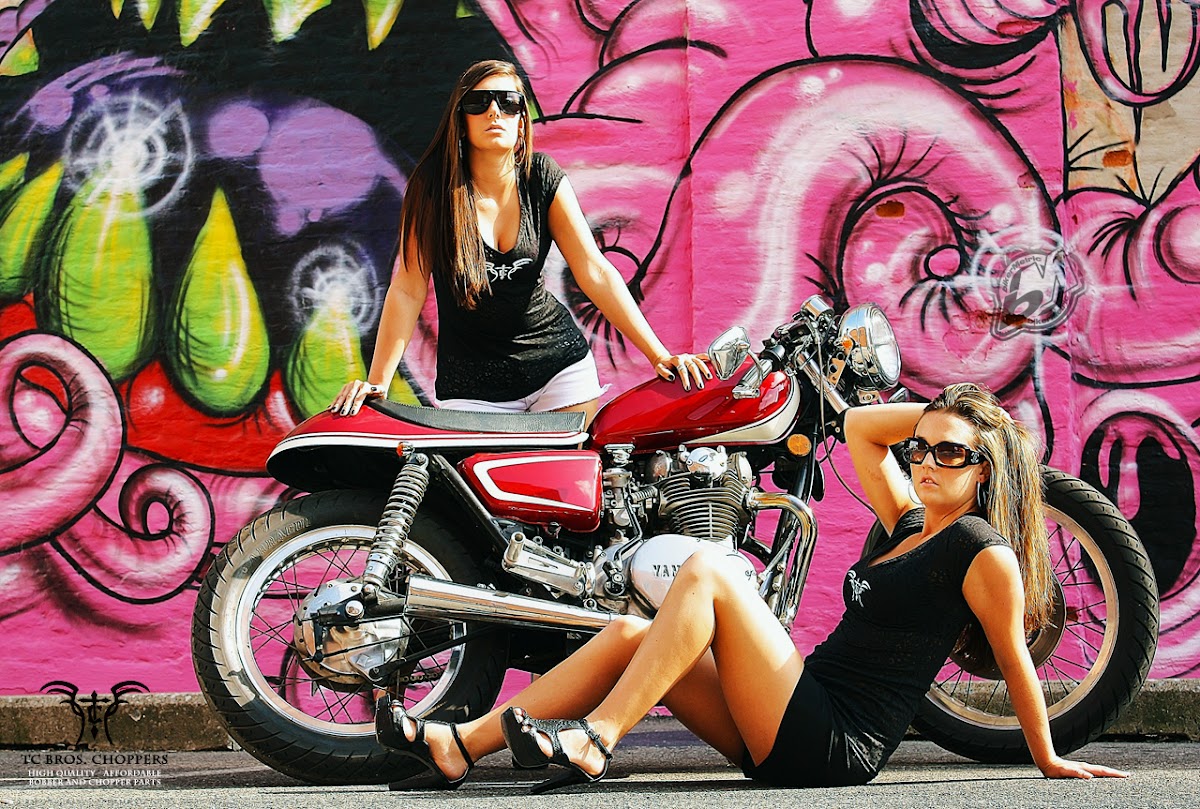 the bros like to bring the bike around to shows and swap meets to “open the eyes” of people who think they need 20k to build a nice bike. 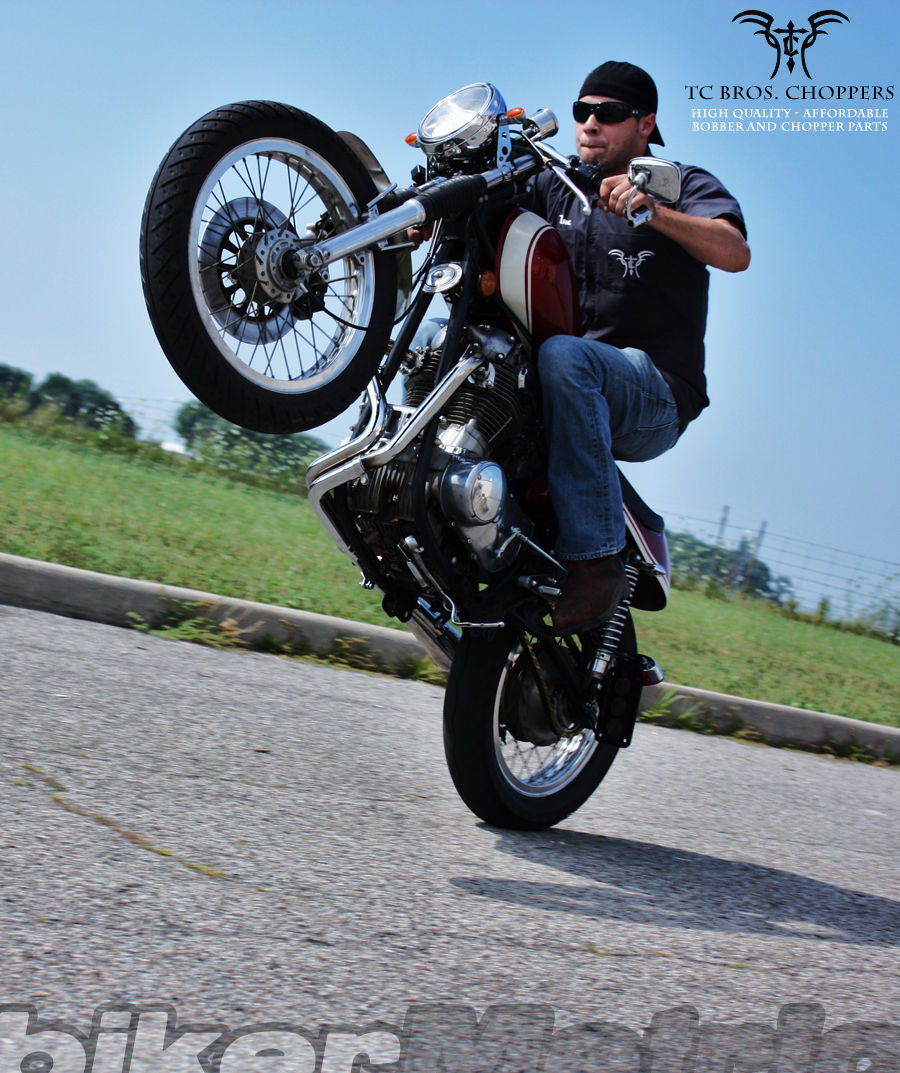 check out tim popping a wheelie on his xs650 cafe as you contemplate how the tc bros. offer great customer support and always answer their phones during business hours.

how do i know? people tell me. then i tried a few times to verify. they answer every  time. i have learned the hard way to discover who helps their customers and who does not and my first rule is how fast they get back to you.

you don’t get faster than somebody answering the phone and making things happen right there the first time.

i’ve been into this much longer than the day this rambling blog began. longer than most of the builders who read my blog.

now for a burrito. 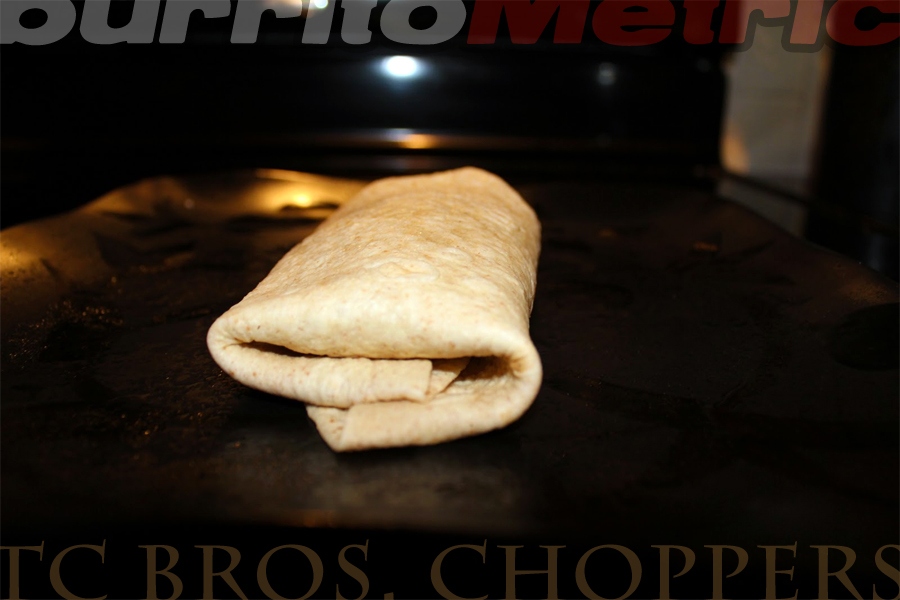