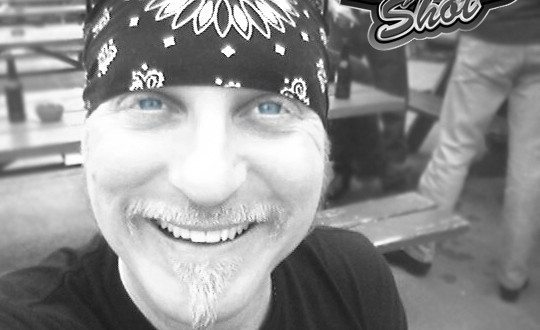 this week i was at a mom-n-pop store in oak ridge, tennesee, talking with the proprietor who told me i ought to visit a local garage where they specialize in old goldwings. cool. my laptop was in the shop and i had nothing better to do, so i took off to meet these folks and see what’s going on. maybe i’d take some pix and tell 30,000 people about their biz. i had a bad feeling when i walked in and was greeted by a still-in-the-closet lesbian dressed in camoflauge trousers and tucked-in t-shirt who would give me a run for my money in how many pushups we could do in a row.

giving her my card, we spoke and i struggled to hear her words as the radio was blasting “classic rock.” she walked to the gray-haired man with blue eyes sitting at a desk past the radio in front of a computer and gave him my card. i asked if i cold take a photo of a specific bike, a torn down old gl1200 with an all-black motor. the gray-aired (yes, i spelled that how i wanted) man sitting past the blaring radio, who had glared at me the entire time, suddenly yelled “a photograph for what!?” 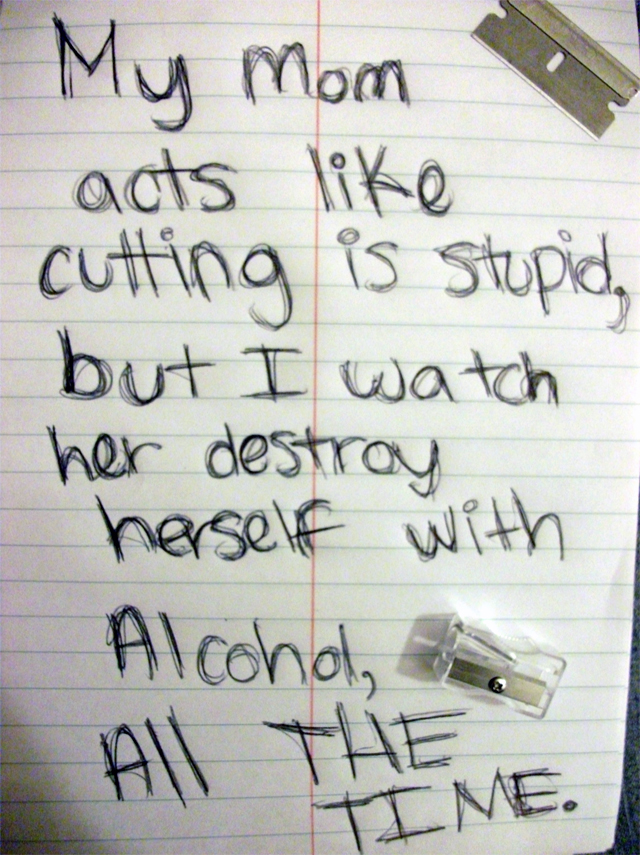 “do not judge, or you too will be judged. for in the same way you judge others, you will be judged, and with the measure you use, it will be measured to you.”

he turned to his 15″ crt monitor and after a few minutes yelled, “i can’t find your website!”

she yelled back, “it’s on his card!” the woman went to turn def leppard down.

i knew he wouldn’t like what he saw on bikerMetric. i’d passed a half-dozen “jesus saves” and “*** is the lord” business names for two miles and knew who i would be dealing with before i walked through their door; tight-a***d “christian” hypocrites who are first to judge, or open, honest people who understand the golden rule.

sadly, my experiences have led me to bet on the former. 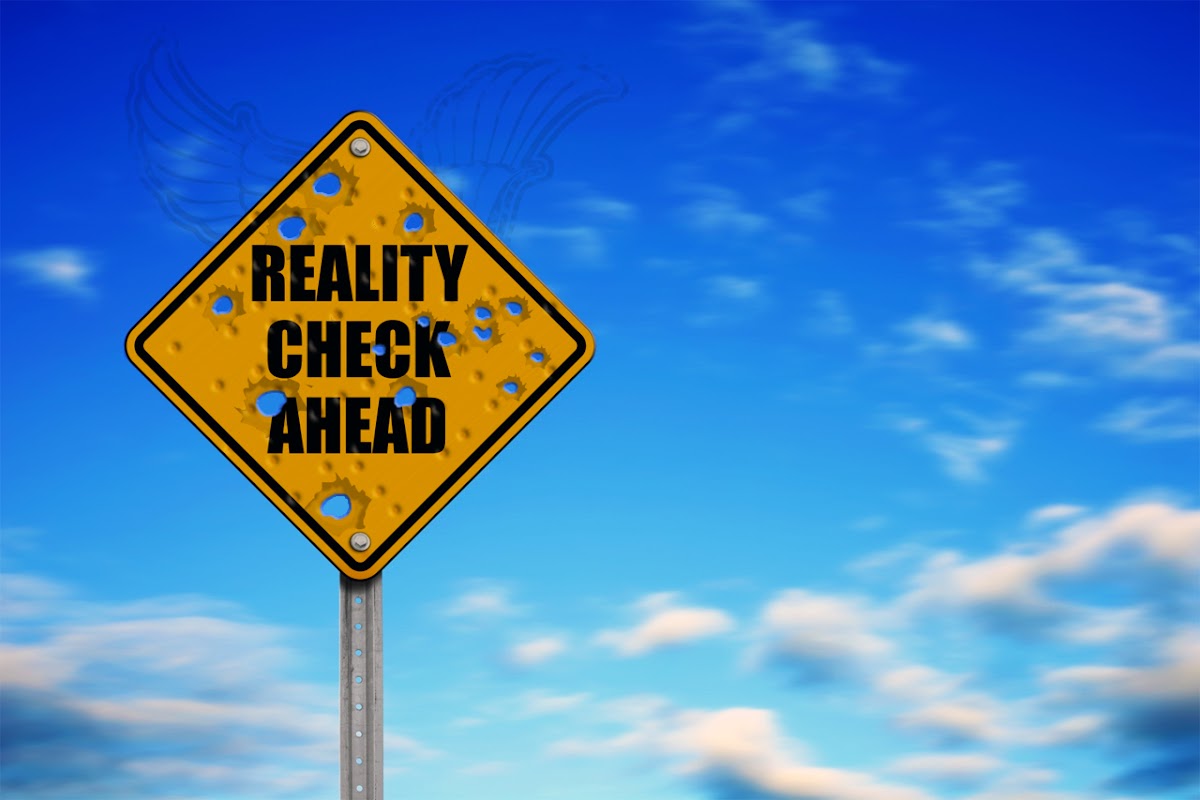 this was not going to turn out well.

i spoke with the closeted lesbian about what they do, which is mostly clean old gl carburetors and she listed the sites they are “well known” on. i asked if they had an ultrasonic cleaner. i looked around the small shop, knowing what they look like as she replied, “we have something like that.” i then turned to meet her eyes. she was lying.

i’m going to guess it’s one of their a***s, squeezed real hard, and out pops a clean carb. feeding them buddah quotes would be less expensive than an ultrasonic, and would have tightened their sphincters nice and hard. i debated in my mind about mentioning that. being sober, i did not. 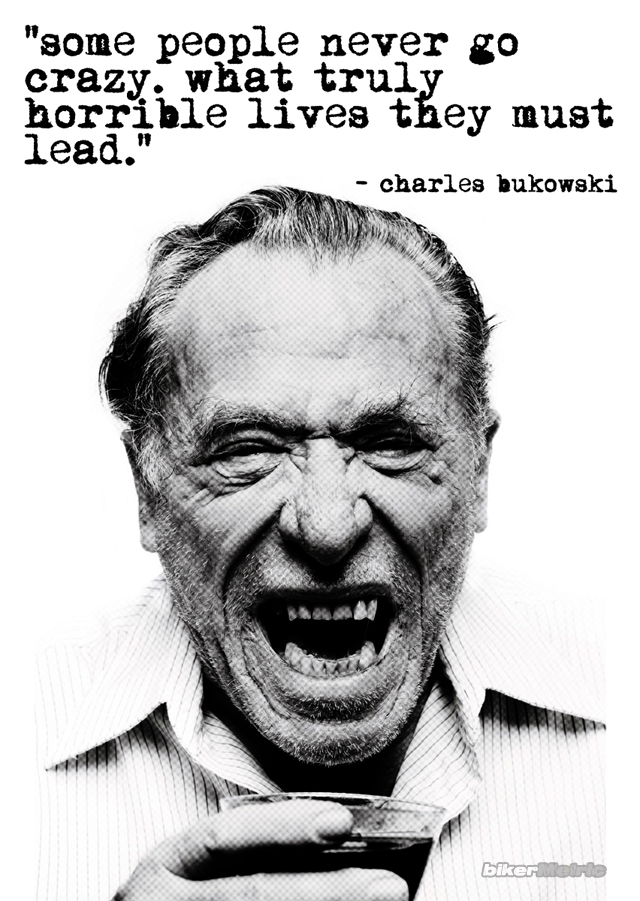 instead, we spoke a bit about the tens of thousands who read bikerMetric, the previous night’s poem about drunk driving, written for a friend as a reminder of our old troublemaking days, that my words online are a persona to get reactions, and not how i treat small businesses who grant me a little access to their shops. for some reason i was pretending to care instead of just walking out and telling them their version of christianity is like a dead person. seriously, van halen was on the radio now, singing some s**t about a teacher. instead, i continued to go on about how many of my readers would be interested in their services.

i told her that i sometimes travel the country, looking for shops like theirs, and how i wanted to share with my readers their biz because old ‘wings are becoming more popular to bob, chop and cafe right now. she made a point that they only restore them to factory specs, pointing to a 37-year old catalog picture on the wall.

yawn. she wasn’t listening. i was not telling her what they should do, only what is popular and that if they refurb carburetors, one post can expand their market with the garage builder.

i asked if they had sources for old gl bikes as the old man walked up, set my card on the counter and said “i don’t think we’re interested.”

the look in his eyes was one of hatred. 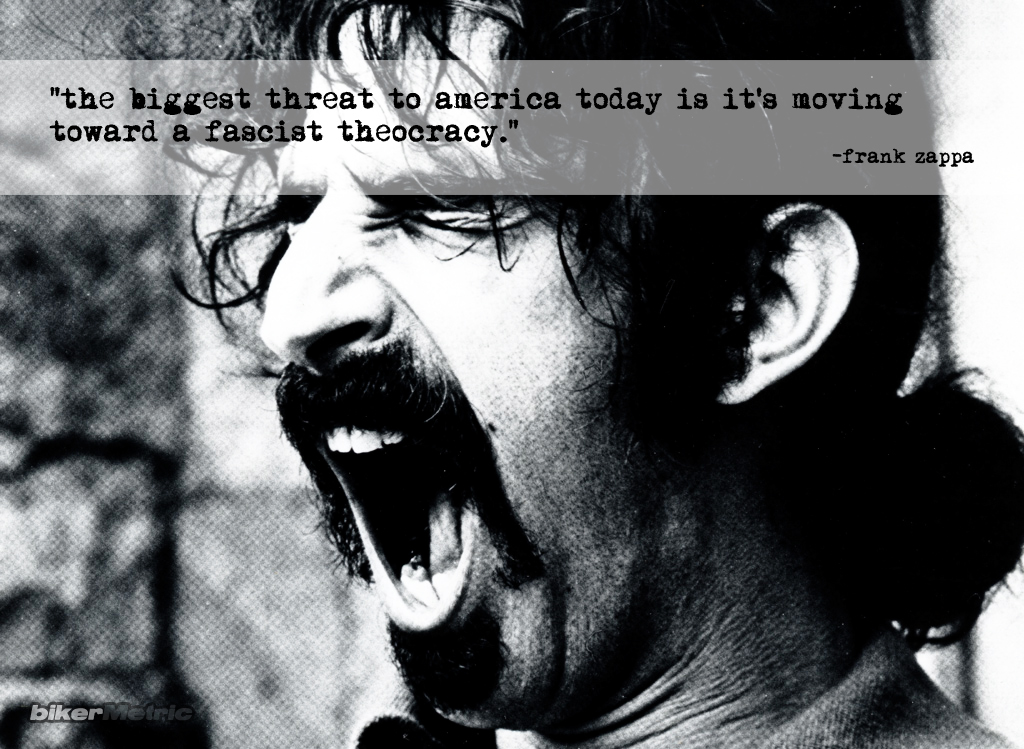 looking into his eyes squarely i spoke, “no, you don’t think. you have judged me.” i smiled politely but probably sarcastically, took my card, and began to walk out. he wished me safe travels with spite ringing in my ears. or was that “hot for teacher?” i replied, “the sooner i get out of this hypocritical town, the better.”

i judged them, too, but was willing to give them a chance. just because she had sexual identity problems and he was a grumpy old man didn’t mean they’d be rude. not that i’ve met a closteted lesbian  i’ve ever enjoyed, much less an open one, but you never know. they gave me no fair chance. may *** bless them and open their minds and hearts.

now for a moment of sticking it to the black hearts of bankers: and back to the noobs!

Rui the mix correia is a portugese cat who has a blog of blurry sh*t and outhouses. what is he doing, following me around?

looking for a bass player with a beard? look no further, Gabe Hunt is here!

47CYCLES hit me up a while ago…. or did i? can’t remember. i spend my brain activity on how to best hurt bankers and world domination. anyway, he does stuff and you can find it here. 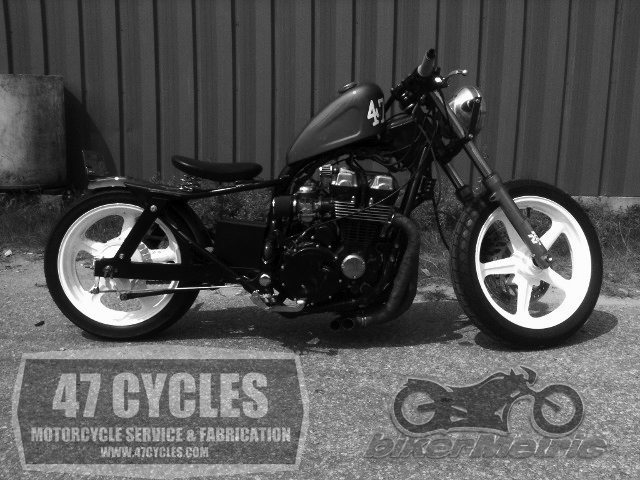 make sure you’re drinking beer and fart loudly in the elevator, man. then point at the dude in the suit with your mouth agape.

RetroCustomRaceR is a noob to the net, or he wouldn’t bother with what is laid down here. banker brained blood splatter and the stench of beer farts? i’d expect he’d visit chopper gay or **** ****, or whatever they’re called. thanks for digging what happens here anyway, rcr. the rest are propped-up television fakes and their buddies seeking a moment of illusionary fame on their backs. i believe this is his blog.

here is a photo he snagged from somebody who snagged it from the builder. it’s that old japanese dude in los angeles who builds all kinds of killer stuff, yoshi. 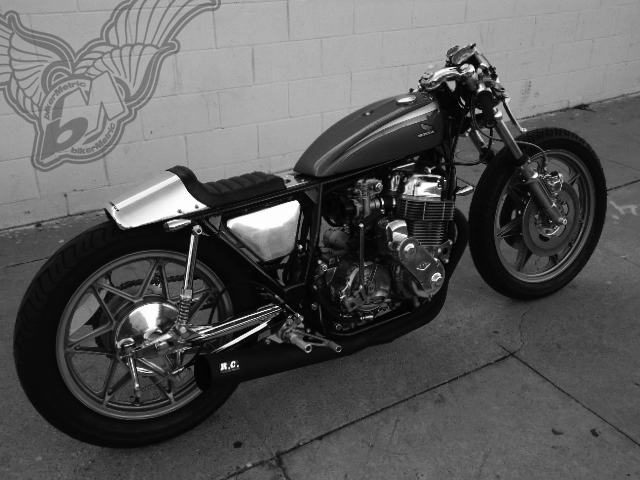 as always, i am amazed when bM is the only site somebody follows. the latest are some spanish cats from Crazy Garaje. they do some nice engraving. check them out here. 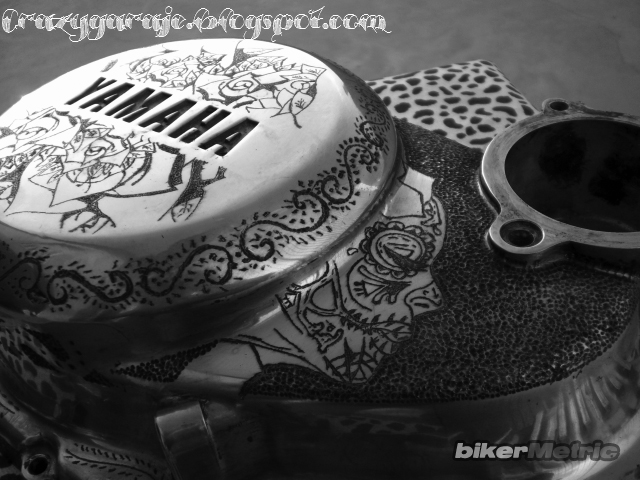 spend more than 30 seconds on Joey Alizio Jr’s blog. i dare you. he’s an outlaw legend, it seems, and a hit man. he might not be much of a web designer, but that doesn’t mean he has no other skills, such as breaking the law, hustlin’, and wearing nike’s.

don’t know much about Jegerleonk. he follows three blogs and i’m going to guess he is indonesian. welcome to the metric funhouse.

i’m always amazed when a woman follows this rabid swordfest we call bikerMetric. with all the strippers and lighthearted politically incorrect misogyny. thanks for coming by, Susan Ayers. it seems she refurbishes old furniture. check out her blog at the ponderables of life.

Spanky seems like a nice older gentleman. what the **** is he doing here? he’s been an amateur photographer for over 20 years from what i can tell and you can find him here on flakebook. maybe i can interest him in my cool old canon eos 700 with ultrasonic lens. 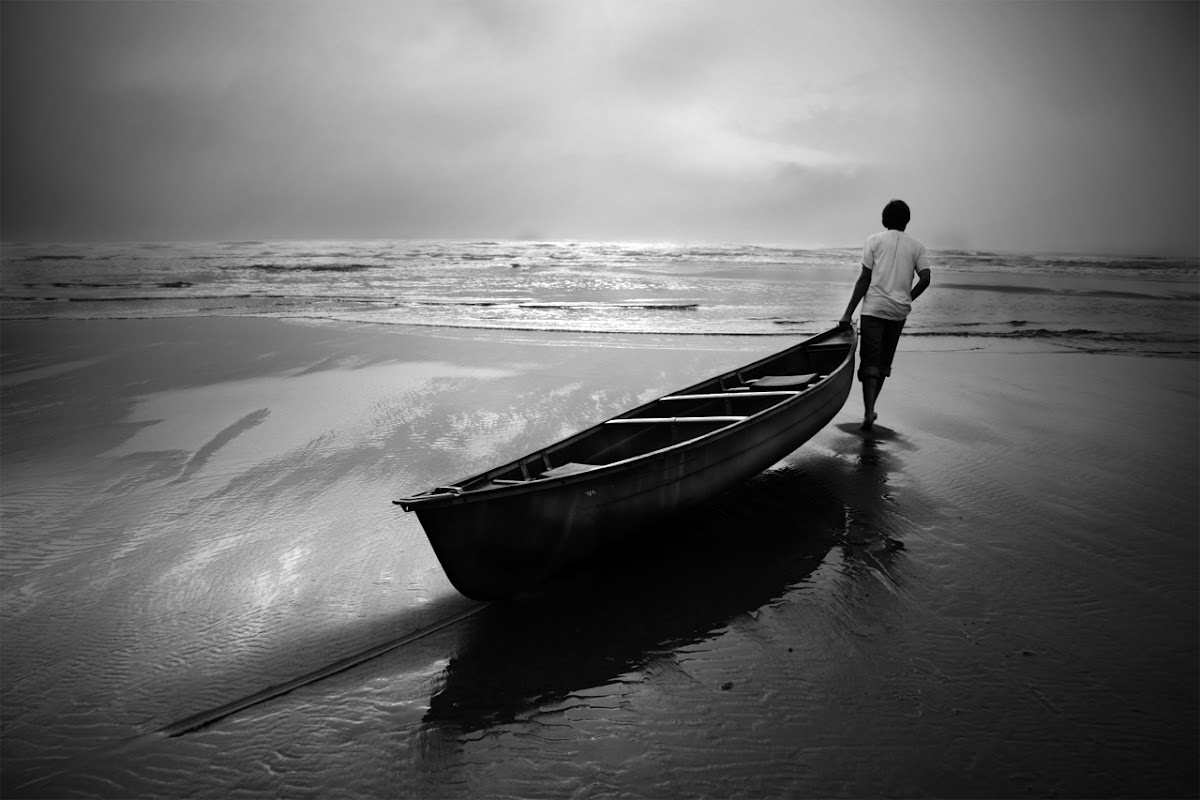 follower of many of the popular blogs out there, BAD*** CYCLES decided to follow this one. why? i’m going to guess it’s a mental problem. you can find their blog here. 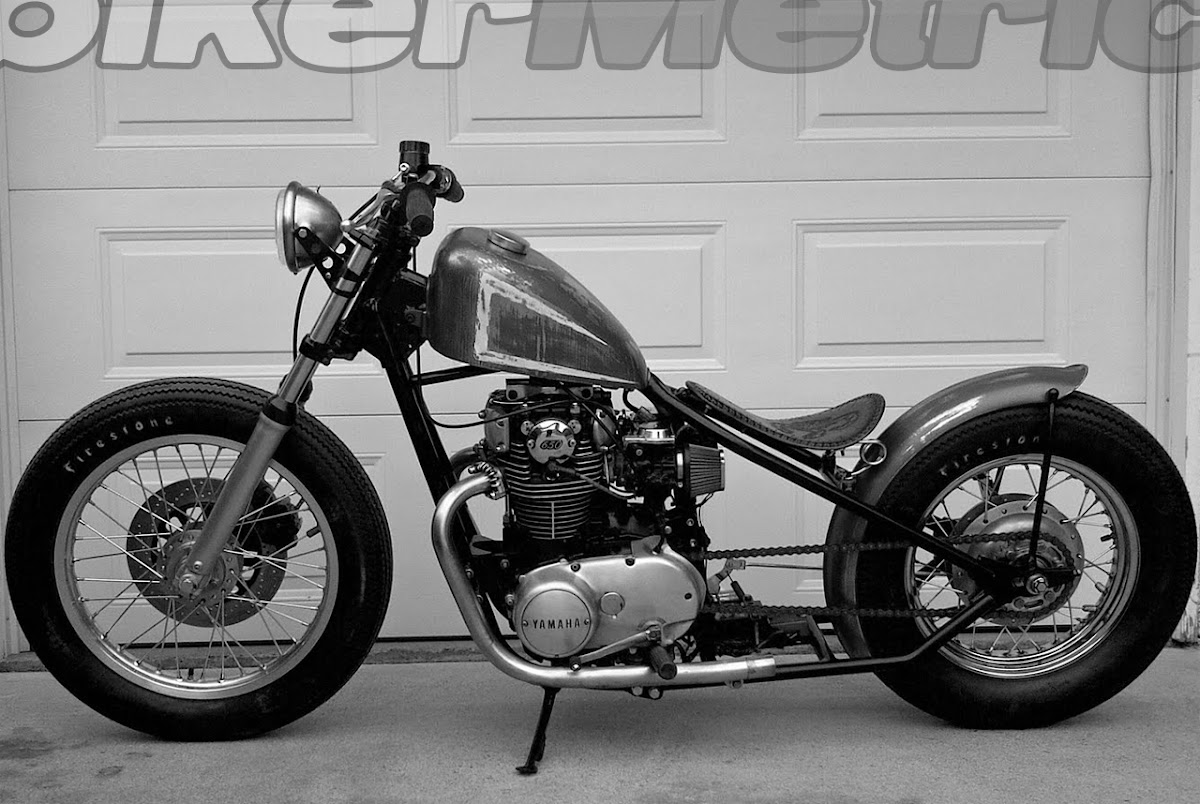 that bike is for sale. hit up bad*** on twatter about it.

Kurt Hultsch follows bikerMetric only. i cannot tell you anything more. i may be killed.

this romanian dude, Styx, is a sagittarius. i bet he gets all the babes. check out his new blog at za bobber. 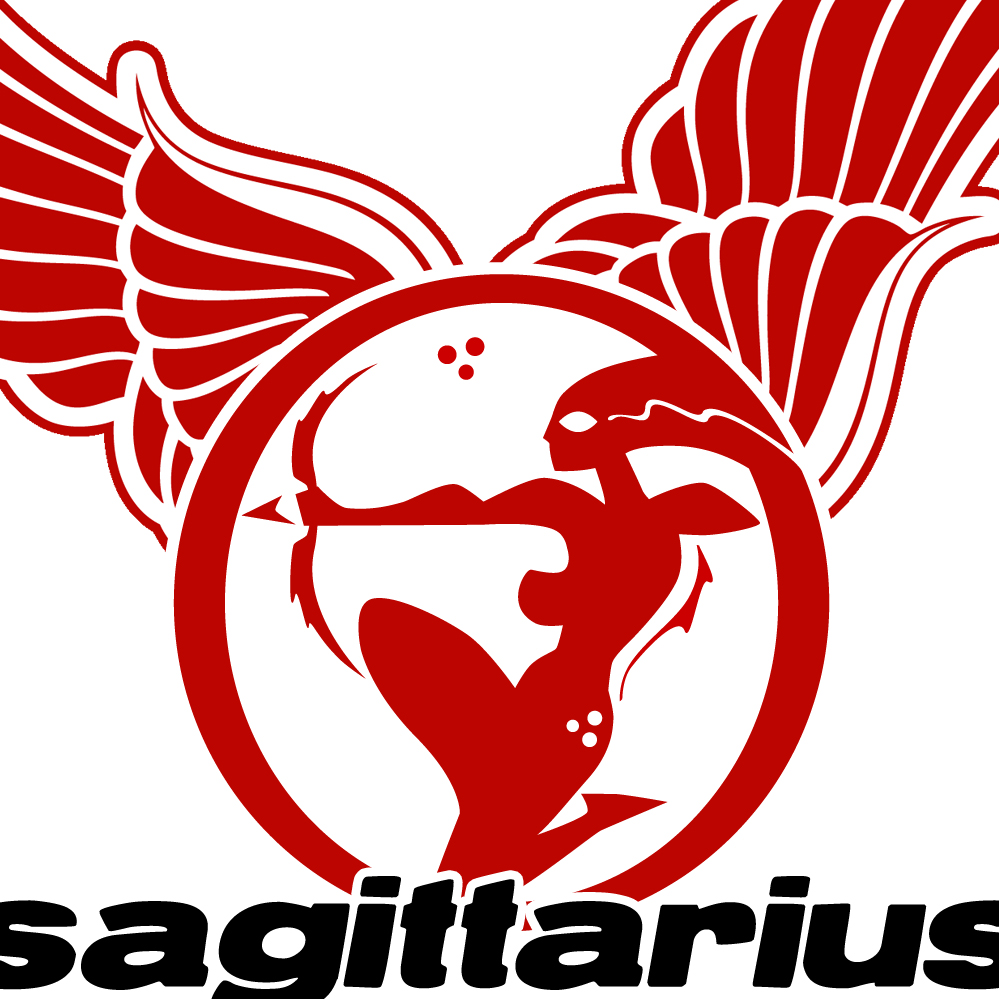 Jan Drasnar has no avatar and no info but from the handful of sites jan does follow, i can safely say he speaks czech and is a “futures trader.” that makes him a banker! dude. seriously. get out. your money is no good here. 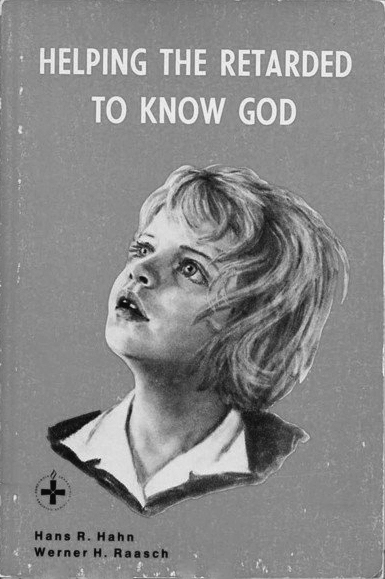 i don’t know what the deal is with guys that follow only one blog, and that it’s bikerMetric, but that is what Leigh Pattinson does. i’m going to guess he likes tattoos and metric motorbikes. he’s also an active member of the bikerMetric flakebook group and a supporter of the declaration of re-independence. right on, ****!

Patrick Rhyne might be an american living in ireland. or maybe not. so much secrecy, so little time to care.

and finally trouble is here, which is hysterical and perfectly ironic. better watch out now! he only follows this fart-stained den of swap meet c**p. how appropriate.

my promise to *** was not naming the business which started this missive. no need to make it harder for them than it already seems to be.

thank you all for coming around. see you soon…

Previous: money talks
Next: what cannot be held inside any longer