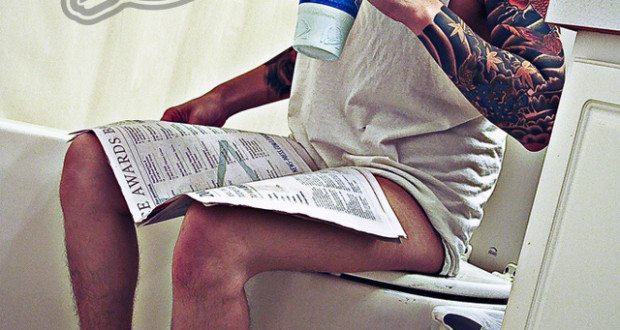 it seems i have a “friend” on facebook who likes to periodically report my “friends only” images which repeatedly get me banned. either that or i am on a list.

here are the last two that were deemed “unacceptable:”

can nobody take a joke? or appreciate creativity? perky nipples under a shirt hiding impossibly large *****? is it wrong to be weird? bad to be funny? sweeny todd would have your head! teeth.

they were both posted on fb over a year and-a-half ago and nobody has complained about my pinterest pages.

somebody has time to waste(book) on their hands, and is a petty dark-souled *****.

the official bikerMetric statement about these photos is, “if you don’t like them, f*** you.”

i don’t do this for money. if i did you’d me making me a sandwich on your knees and your teeth would be in a cup.

facebook can be fun, but most often wastes my time, as it does yours, and generates a whopping 1 to 5% of the viewers who visit bikerMetric (depending on which analytic source i believe). with 45,000 viewers last month, no more than 2,200 came from facebook. so who cares. it does this while marketing to me by stealing my info and selling it to others. 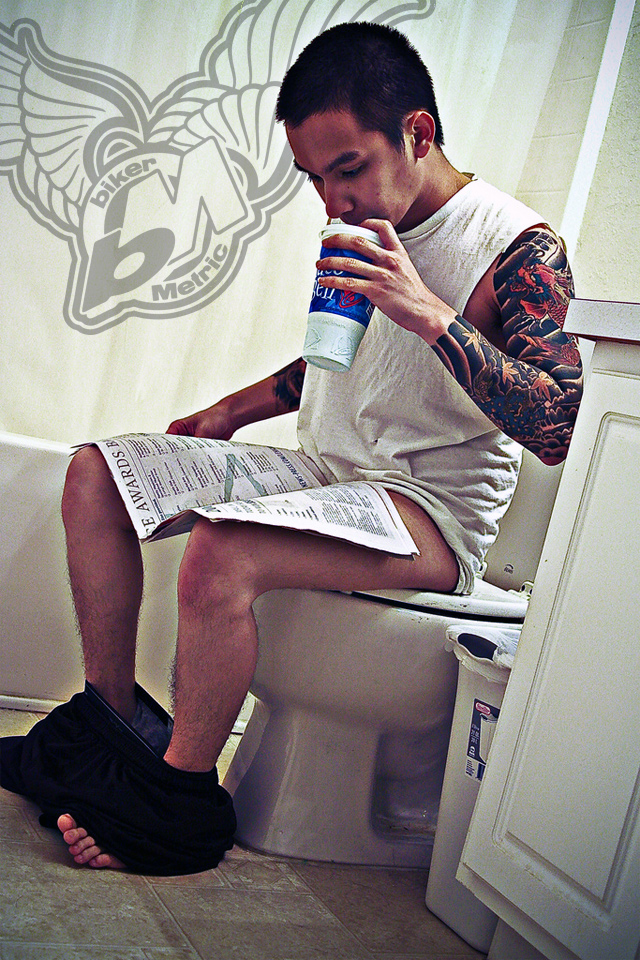 so f*** you, facebook. i got along fine without you 18 months ago. when i return a week from today, i will post on my “timeline” after i delete all my images, that i will be gone, and the entire bikerMetric group will be deleted within minutes.

be sure to show up for that final post, and the images that will go along with it. they won’t be there long.

for those of you who like the bM group and it’s interactions, i apologize for your loss. a lot of people got exposure there and help, too. at one point we had over 900 members before i went on a cleansing purge after myself, and others, began to get “banned” by facebook. the group has 800 members now. this site gets almost twice that amount of viewers daily. therefore, you’d be better off – and will gain more exposure – to email me your custom bike builds, info and questions. i’ll post and see what i can do to help.

because of the hassle and waste of time, it makes no sense for me to remain on fb. i don’t care to mess with it any longer. i do not need to be told what to do by some a**hole in india making a dollar an hour paid by a billionaire ***** in the usa who sells my “preferences” to corporations for profit. neither do you. so f*** you, zuckerberg. see you in the room we share in ****.

the image below is what the $1-an-hour lackey uses to judge what you post on fb. the site this was purloined from claims their workers are paid $20 an hour. this link proves that claim to be a lie.

no, it isn’t a photoshop trick by trent. 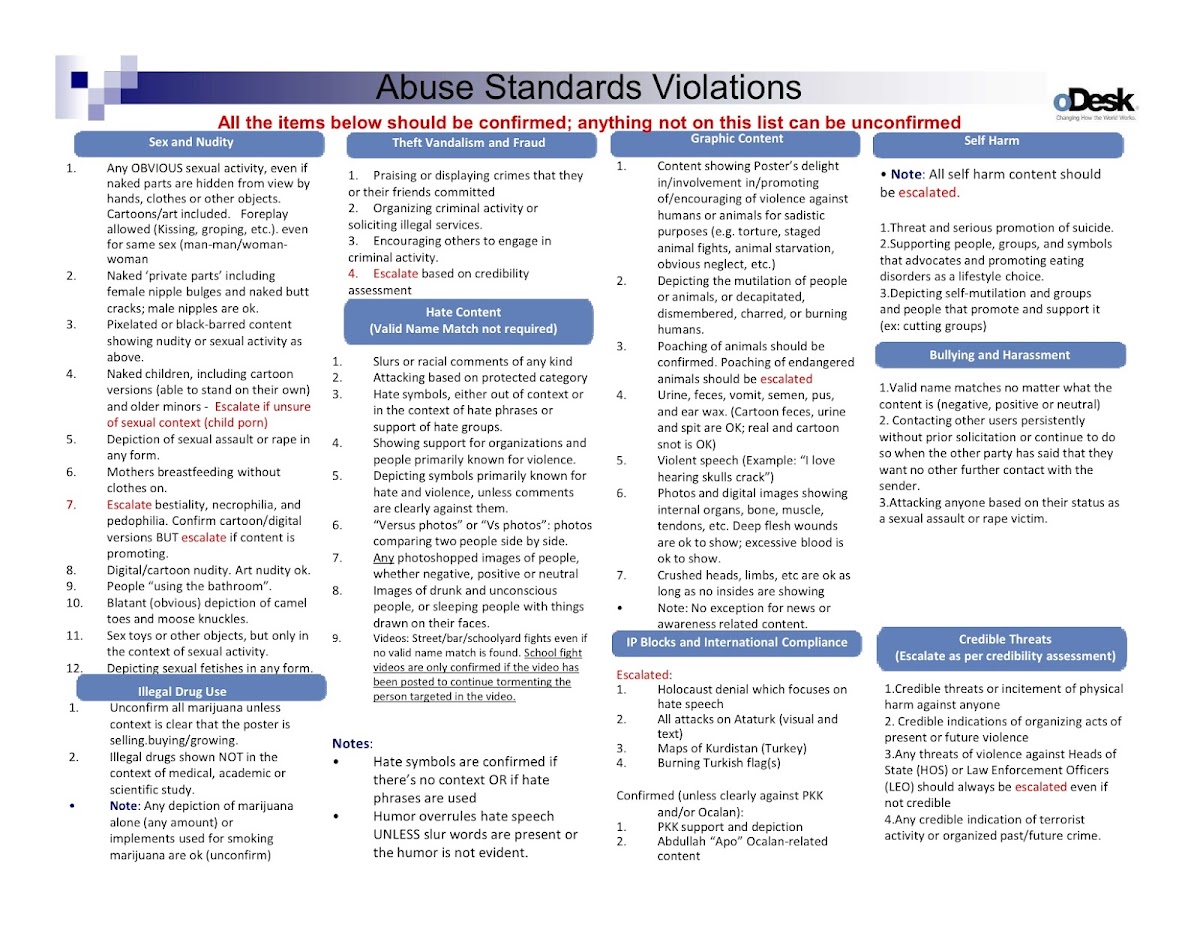 here is how it really works: read closely. the interview is with the odesk ceo (completely everything obfuscated), gary swart. he is the liar’s liar. he even says $30 an hour, contrary to his own website. $30 an hour to censor facebook members and whatever else they do for aol and wikipedia from india and russia? how can i get a passport fast? i can make real money in moscow!

how many times have you visited wikipedia to be assaulted with a “please donate” banner at the top of the page? as if they have $30 an hour plus what odesk wants on top? has nobody ever worked for a temp agency? a client pays double what you get paid as a temp to not have to deal with hiring or firing you, paying benefits, or otherwise giving a sh*t.

odesk contracts 100% foreign labor, although you won’t find that on their website, they will charge you more if you wish to use your own staff through their program because you believe americans understand americans better than a russians or an indians. this is the company facebook uses to “police” their site and it’s members. foreign labor is paid pennies to judge you and me. the 30 bucks? 29 goes into that a**hole’s pocket. i will not support overseas/outsourced bullsh*t. this is just one reason out of a dozen that made me leave facebook.

another thing you may realize by leaving facebook is your network is smaller, but stronger. so, fellow bikerMetric facebook group members, click here to find all you are missing is dead weight. 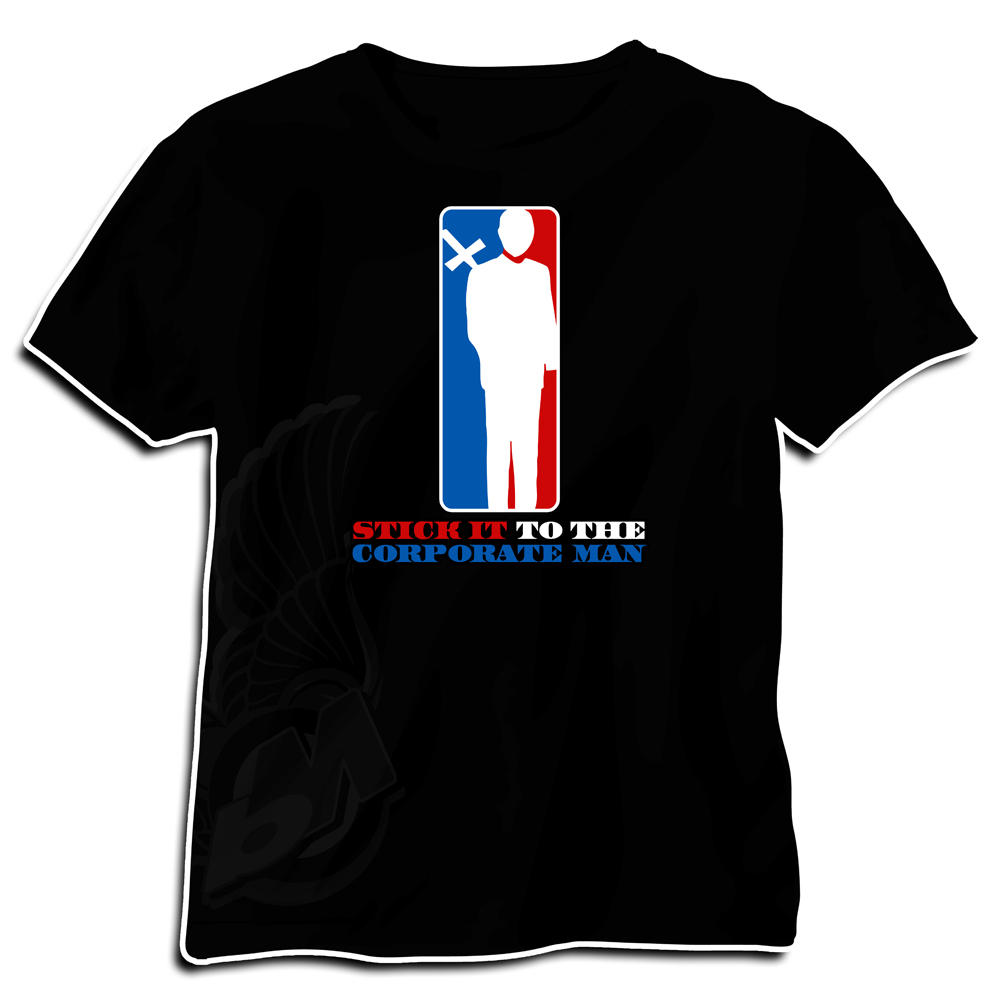 guess what? i have a link to the pdf of the book “100 bullsh*t jobs and how to get them,” by stanley bing, whoever he is. anyway, some of the bullshit jobs include advertising executive, agent, consultant, escort, politician, vice president of the united states, and blogger. some is dead on and i love it. i’m a blogger and consultant and i know exactly what bullsh*t it is that i do. so there, a**holes. have fun!

as for that one or ten loser “friends” who have their karma coming, what you do means so little, i don’t even need to bother past this “stick it” post, which i like to do every once in a while, anyway. thank you.

here is where it’s at. facebook is wastebook. it is the cia’s b*tch. it is the ultimate corporate w****. this was bound to happen. i called it weeks ago. somewhere. i don’t care to research my past regarding predictions. it’s the future i am concerned with.

to those of you who build bikes and only have wastebook pages, i will not promote you. do not email me. your “i just posted this on facebook” tweet will be ignored and eventually i will stop following you. get a lame blog like this, or even better, wordpress. post to your own blog, not facebook. get readers on your own site. get off the teat where they won’t let you post what you really “like” and free yourself, your privacy, and your life from the inept waste of your time in the cell of the facebook corporate lie.

it’s like buying made-in-china motorcycle parts from those who obfuscate with a sly “american made” company brand with 300% profit margins or me, making them in the usa and working my a** off to make it happen?

liberate your dreams from the liars and the thieves. rebel against the corporate overseas machine. we can do it all here. in the united states of america. and what you “like” and what you say is yours and yours alone. 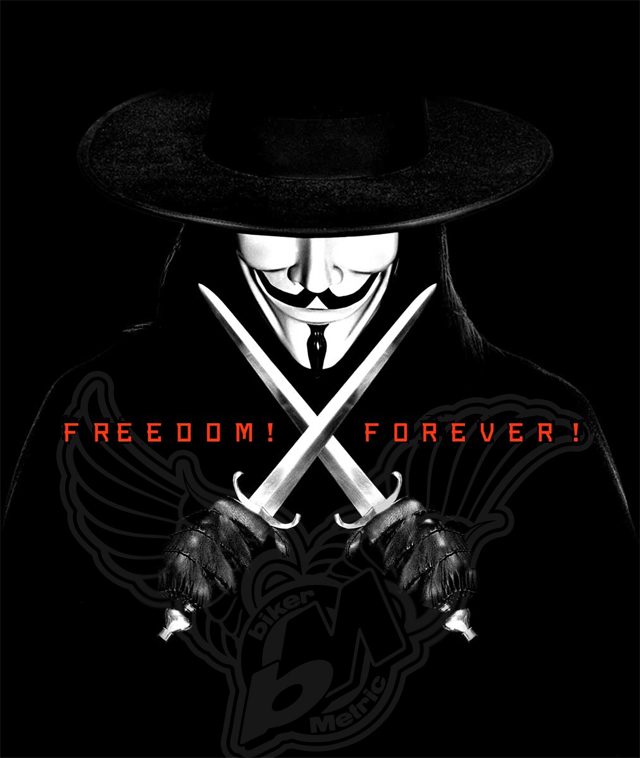 see the photo below? if i put this in one of my “friends only” photo folders on facebook, i could get banned for a month. i found a better place. or maybe it’s “re-discovered.”

i’m going to post this on chop cult right f***ing now. let’s see if i get a message like the screenshot below. 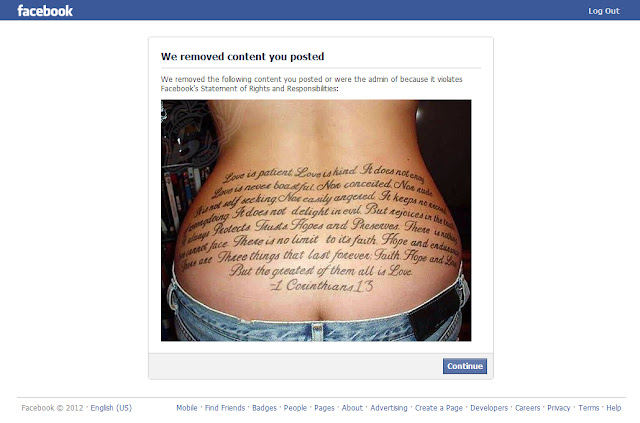 the best thing about chop cult, besides how they supported me with free swag i gave away two years ago when i threw a big party in austin to unveil the piece of **** that shat motorbikes super glued together is that it’s a freaking motorbike site. no children and only a dozen or so who hate my guts.

sign upand help get it rolling. it’s easy to maneuver around and more fun than the latest joke from wanda the cubicle worker who makes you wonder why you’re “friends.” we’ll have our old group happening, maybe smaller, but smarter. less lurkers. more builders. 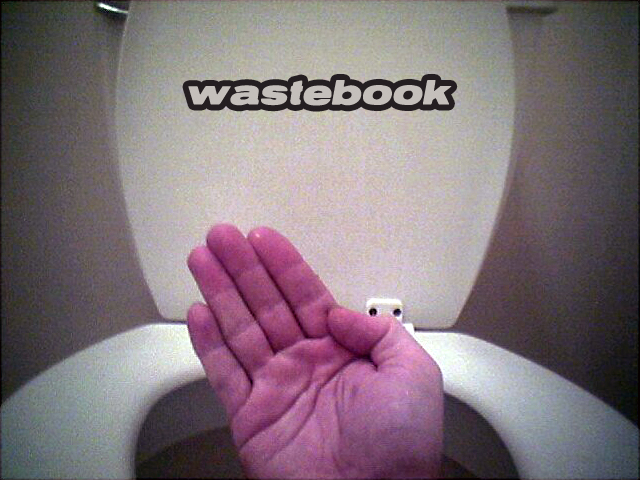