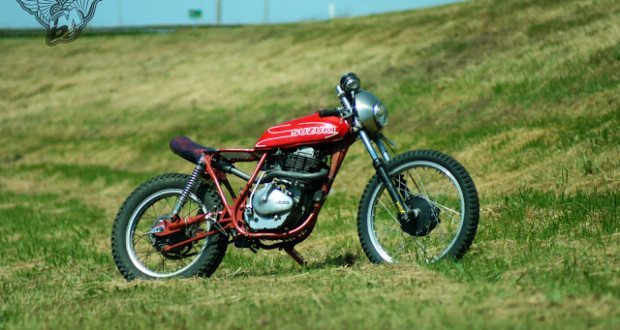 one of the blogs i visit when i have a chance is run by a dude from holland named michiel. he had a cool bmw cafe-oriented blog that often showed many other bikes built by his hands, that he photographed, or simply struck his fancy. i went to see what he was up to yesterday and found he got off blogger and moved to a slick new site at shedbuiltbikes.com. i was going through the projects he’d built and found something i had never seen before. 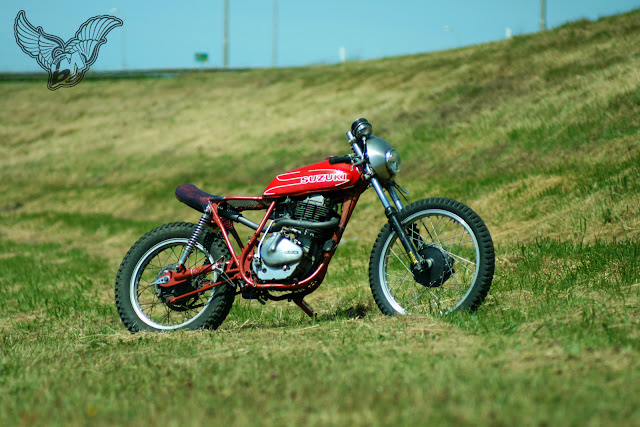 a suzuki sp370 that i guess is a cafe but also looks like a street tracker. i like it because it’s hard to classify and has some nifty details.

i wrote michiel and asked if he’d mind sending some pix and info about the bike, to which he replied, “thanks for you interest! you’ve got a great website going on. i can relate to quite a lot of your political ideas. it would be great to see my little sp on there.” 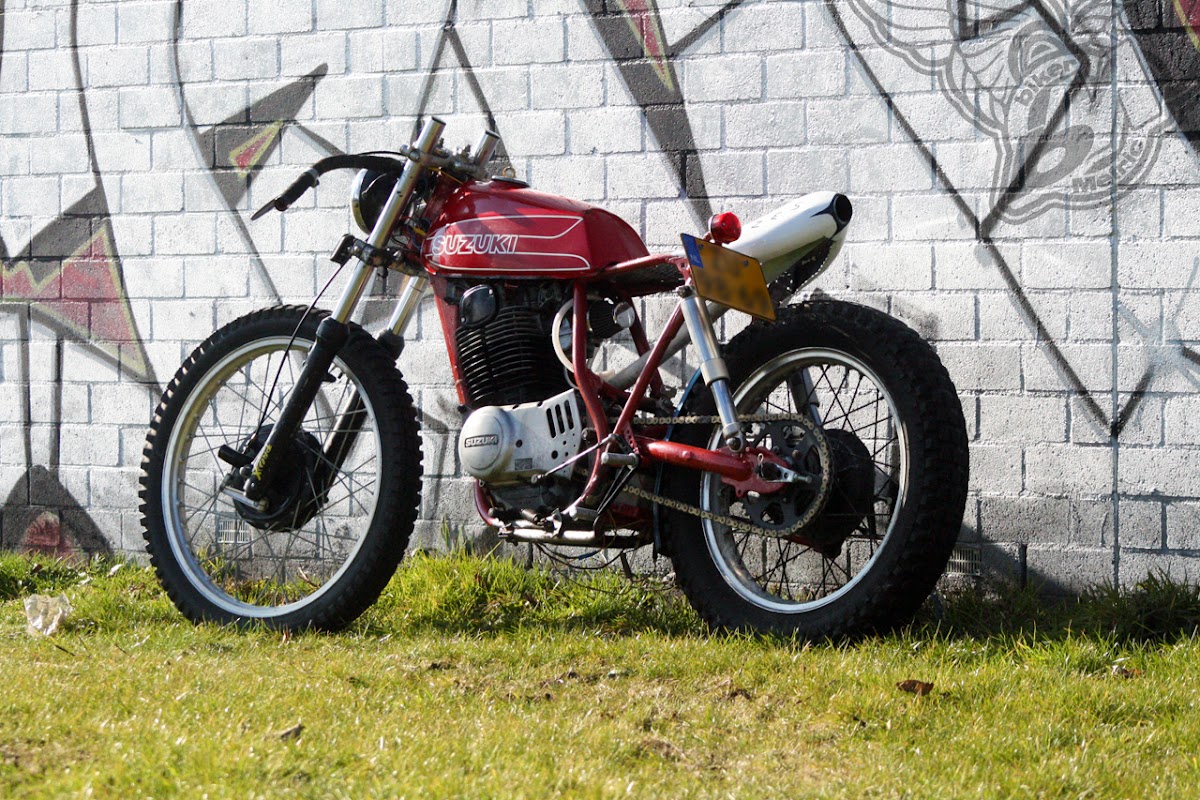 so here it is, man. thanks for the compliment. it’s nice to know i’m not the only one and i need to get off blogger and onto wordpress, too! congratulations on your move. i dig your new site a lot.

michiel told me he is “a bit addcited to working on bikes,” but as a student, his budget is always extremely tight. when he got the opportunity to buy the 1978 suzuki sp370 four-stroke single, he didn’t hesitate. he also wrote that he prefers to build choppers, but cafe racers are very fun to ride. this bike was intended to be a little thing to scoot around town. 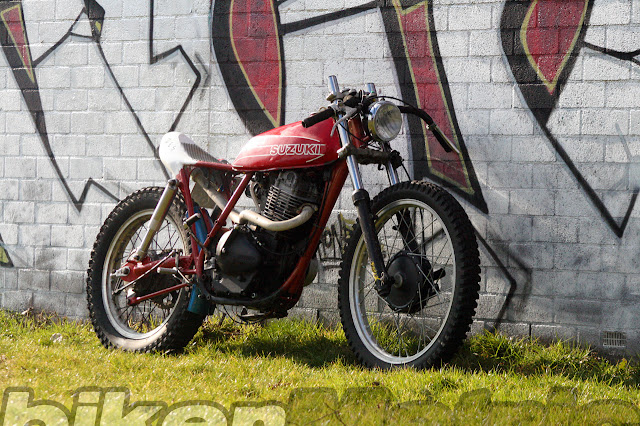 everything on the bike is extremely low (or no) budget. michiel used parts he found in home supply stores and “found” materials, including a salad bowl for the headlamp cowl. the housing for the speedometer is a stainless steel drinking cup, and the handlebar grip wrapping is from a tennis racquet. 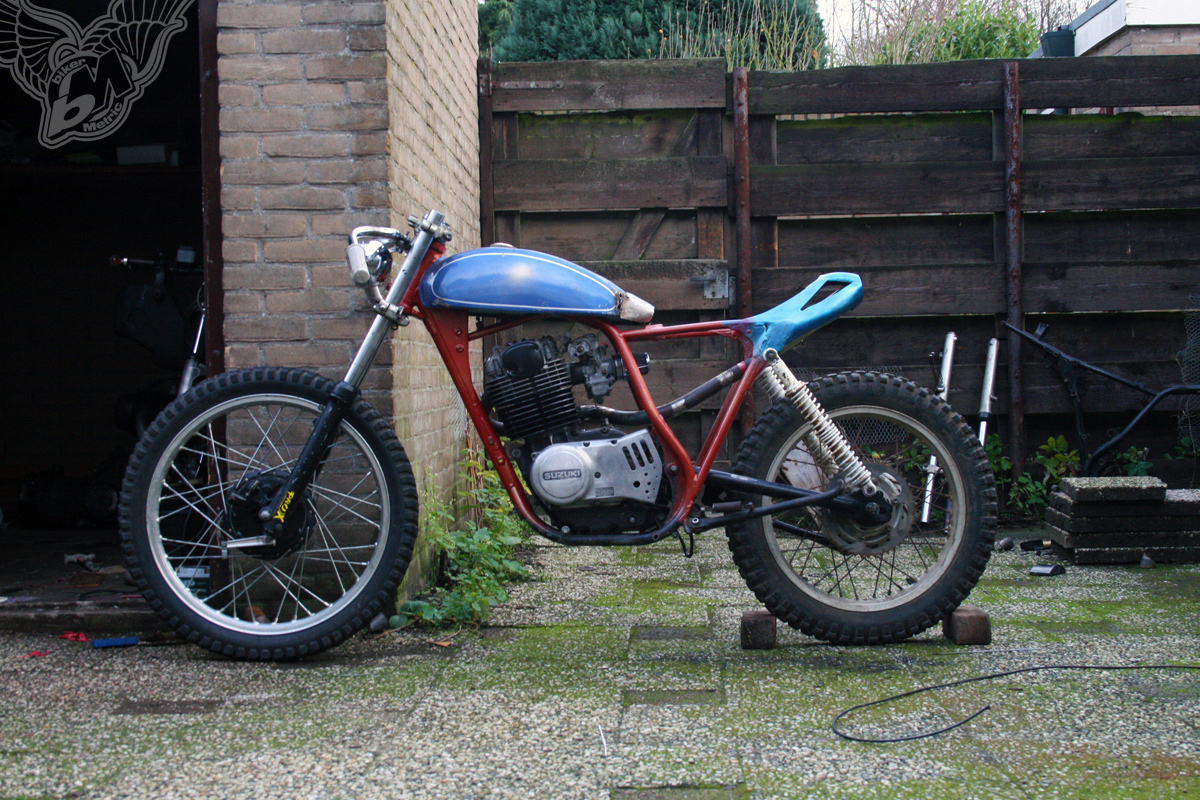 he re-used old parts such as the handlebars he found somewhere, cut up, and re-welded. he also made his own parts such as the rear sets, the wiring loom and the exhaust, which i really like. michiel made it out of car exhausts he got for free from the dumpster of a local auto repair shop. 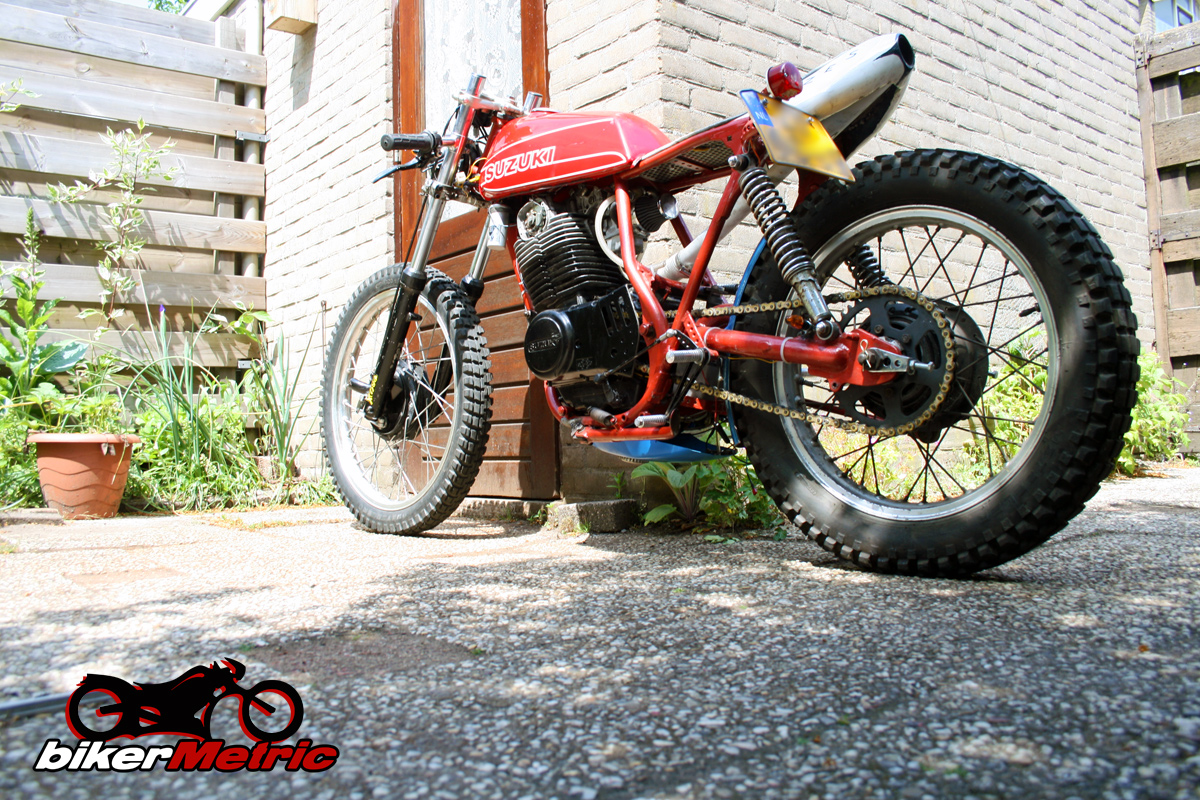 after the bike was done, he realized it was a bit small for even him to ride, as he is a relatively big guy, so he sold it shortly after it was built to buy a cb750 you can find here.

looking forward to your next “no/low budget build,” man. thank you most sincerely for the photos and info. 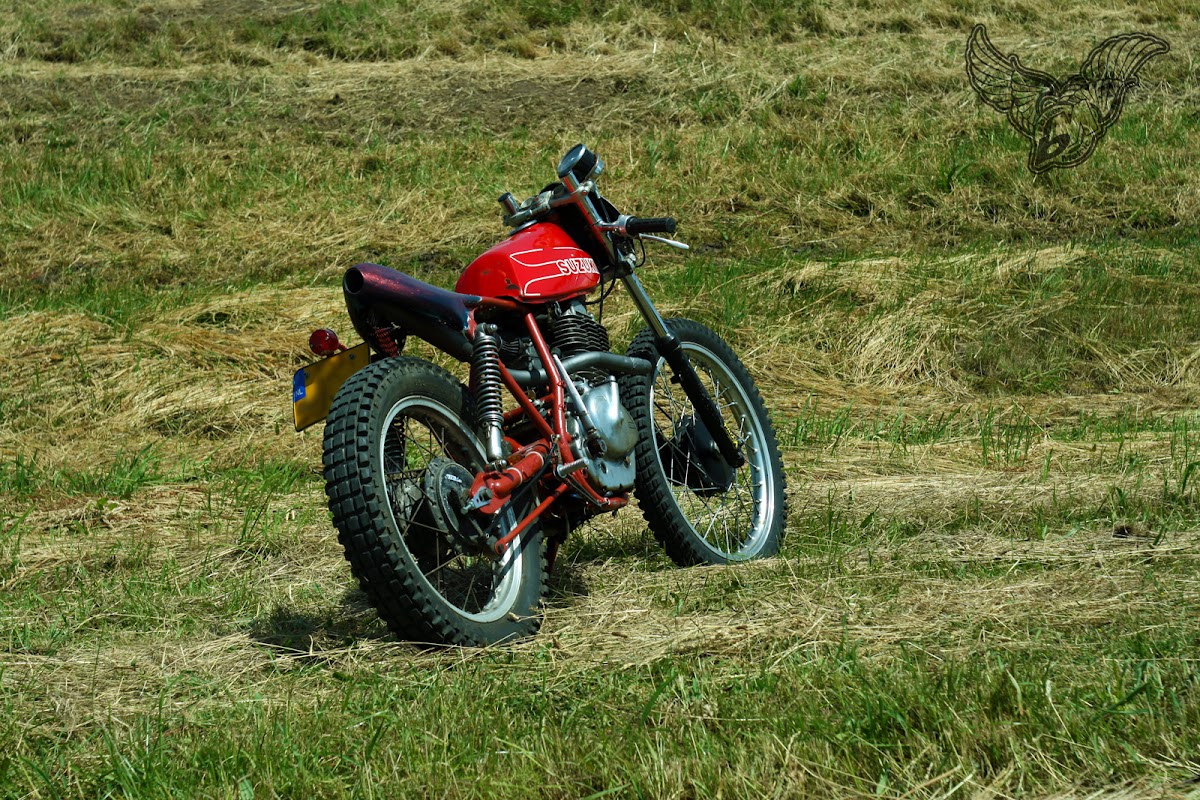