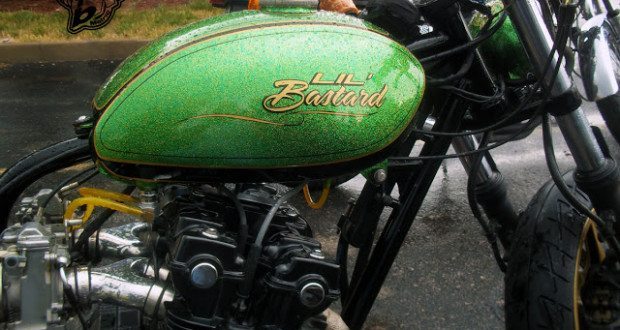 posted an image of this bike last night. here is the rest, all detail shots, sent by bikerMetric member TOOLS1: 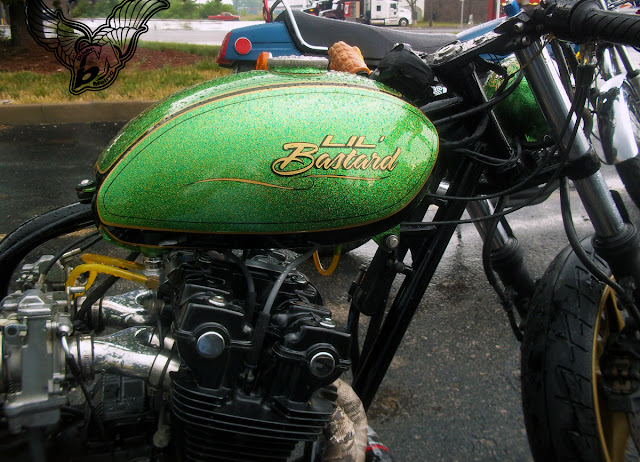 this bike was at the all japanese show and swap meet put on by the kansas city chapter of the vintage japanese motorcycle club last weekend.

it’s owned by a chap named logan adams and it started out as a 1982 honda cb900c. logan and a buddy hand-built the frame and converted the engine from shaft drive to chain as well as doing away with the “high/low” transmission. 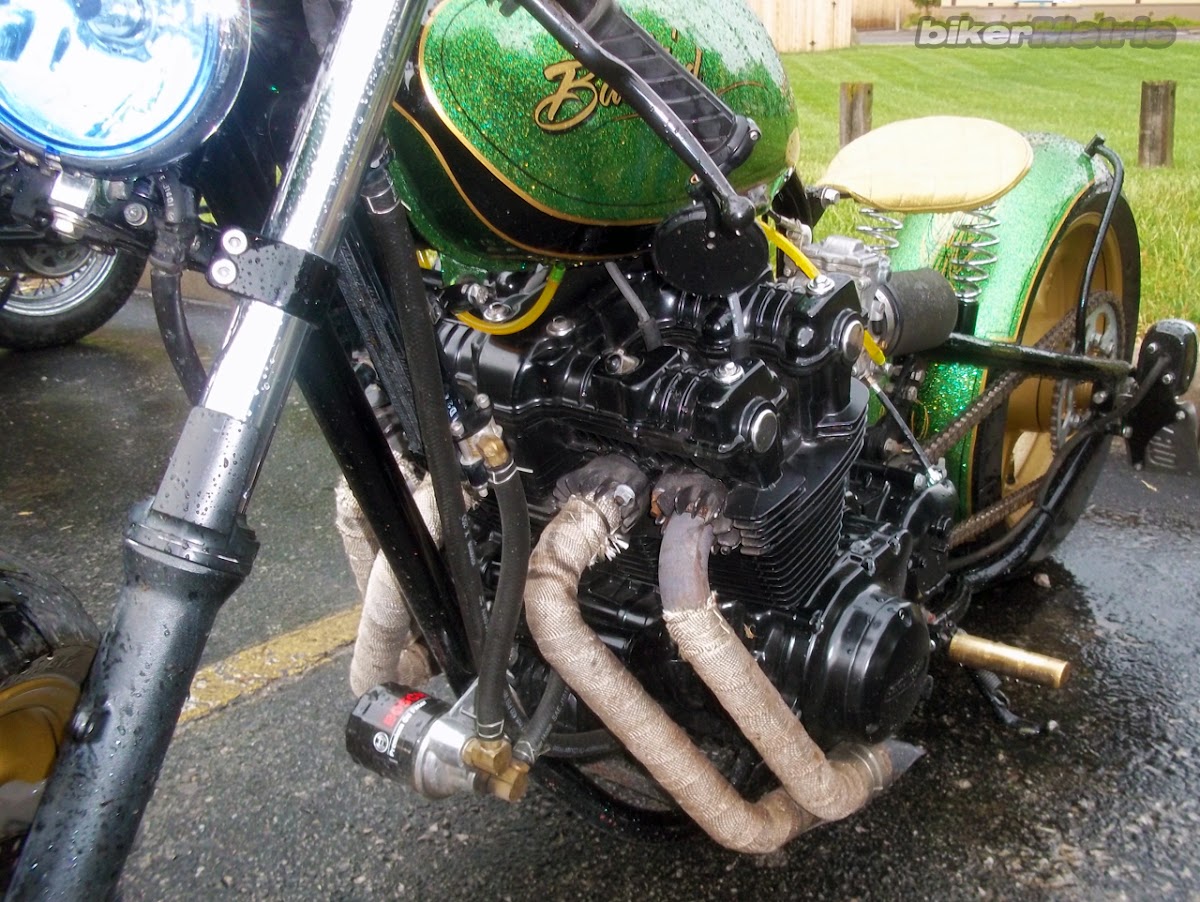 when the cb900c was made, honda was trying to use as many cb750f parts as possible and had to couple a left side transmission output stub to a right side final drive. this called for complicated measures.

what the engineers at honda did was to add transfer gears, a jack shaft and a right-angle bevel drive in a housing that wraps around the left side and rear of the main transmission case, but it wasn’t made inseparably. honda also doubled-up the transfer gears which occupy space originally taken by a sprocket and added more **** to give the cb900 a “two-speed secondary transmission.”

while not a mechanic, i’d guess what the guys did was get rid of a bunch of excess **** and make a left-side chain drive from a right-side shaft. nice. 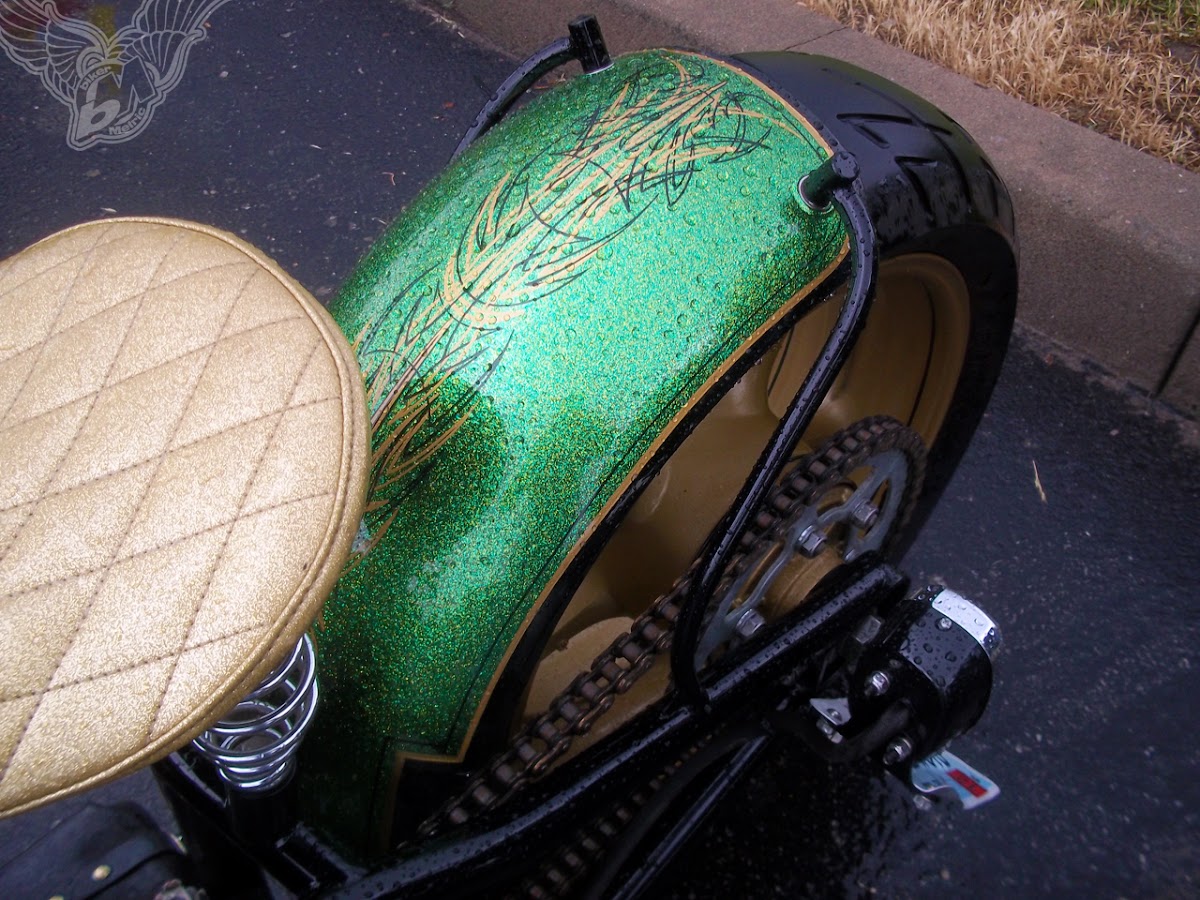 logan also made his own molds and cast the custom intake manifolds to fit two 48mm mikuni flat slide carburetors off “some unknown motorcycle of american origin.” uh huh. 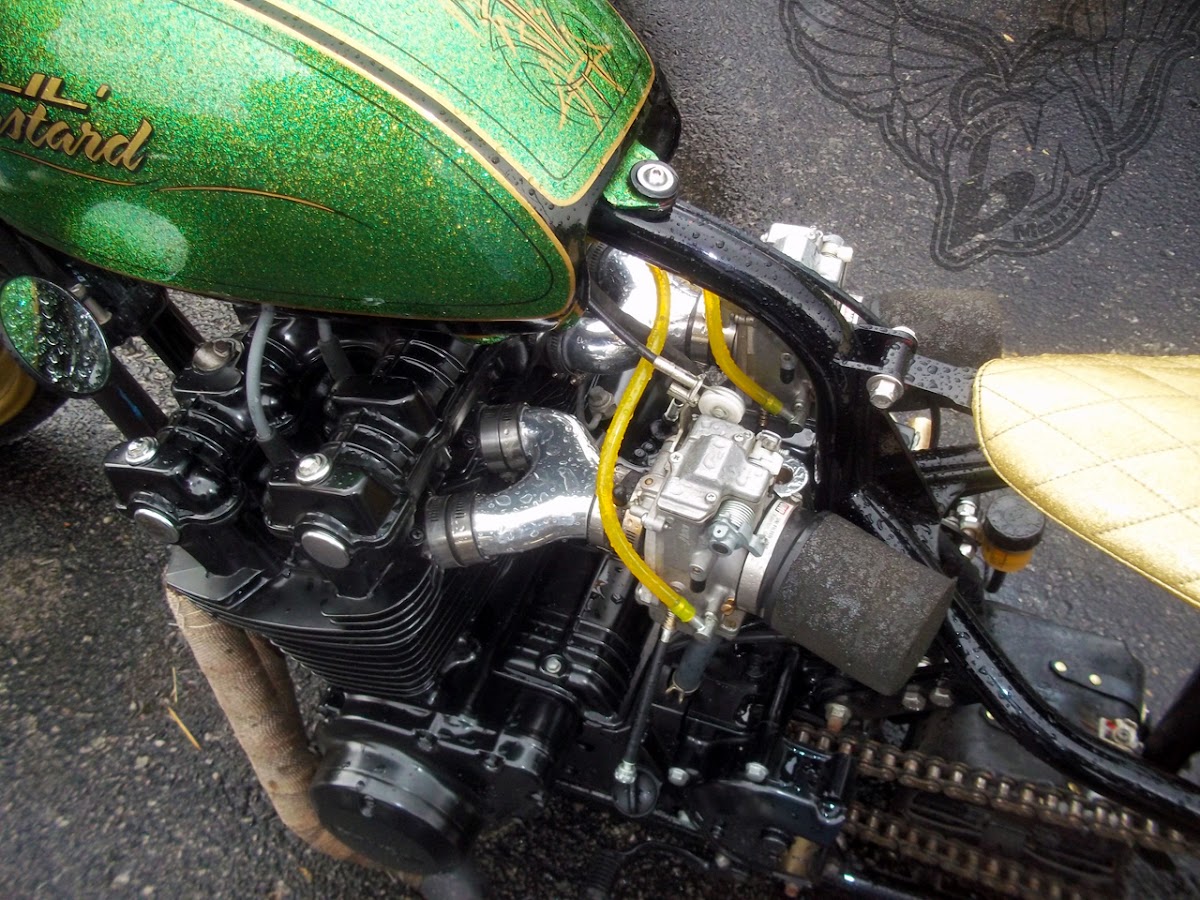 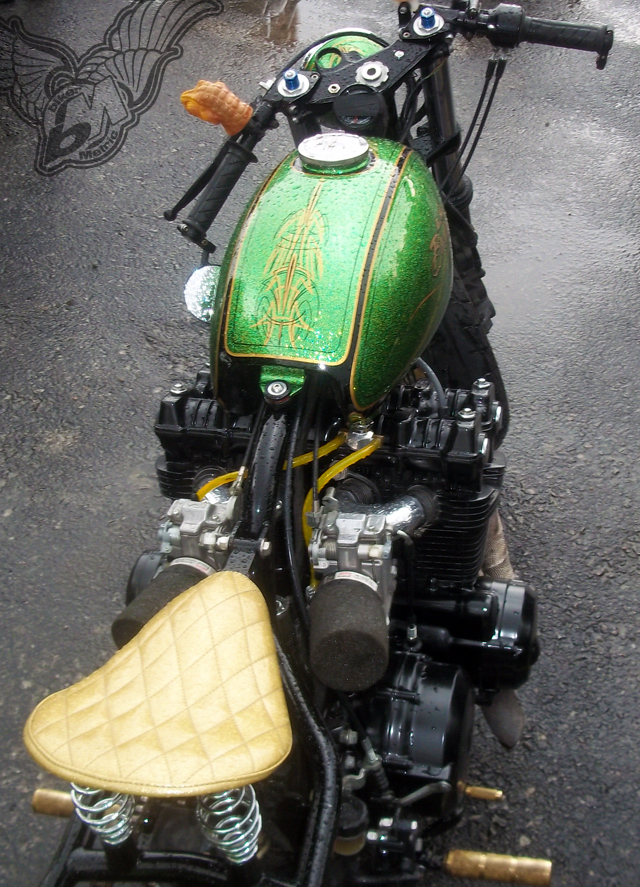 Previous: biker art of the day
Next: leave facebook