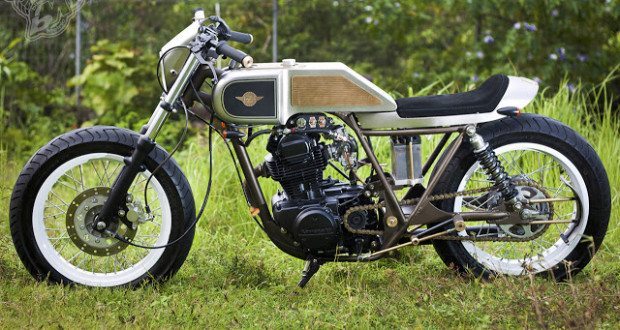 it was a year ago yesterday when i introduced dariztdesign to my faithful readers of motorbikes and madness (and mammaries), and it has slowly grown to be the most popular post on bikerMetric.

then, as if on cue, i discovered this in today’s email: 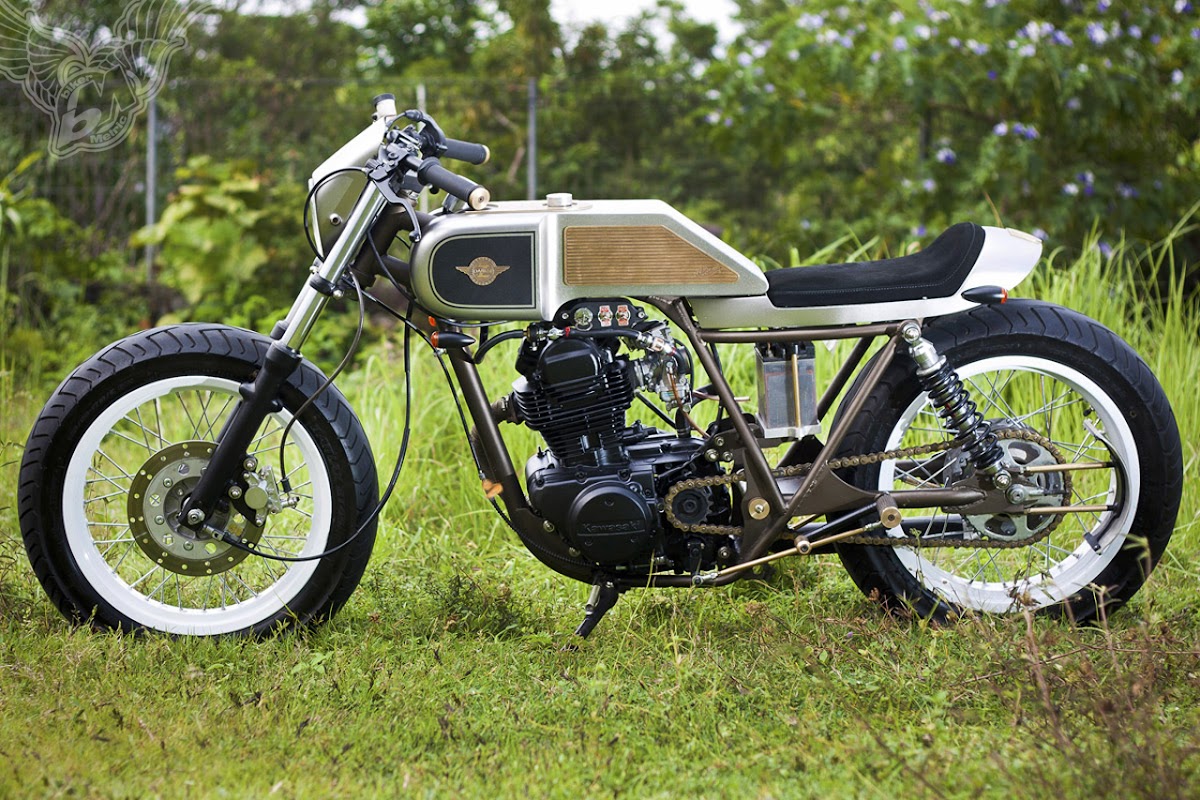 it is called the 12th attempt, and i’d say it was a good one. i dig the angles on the bodywork. 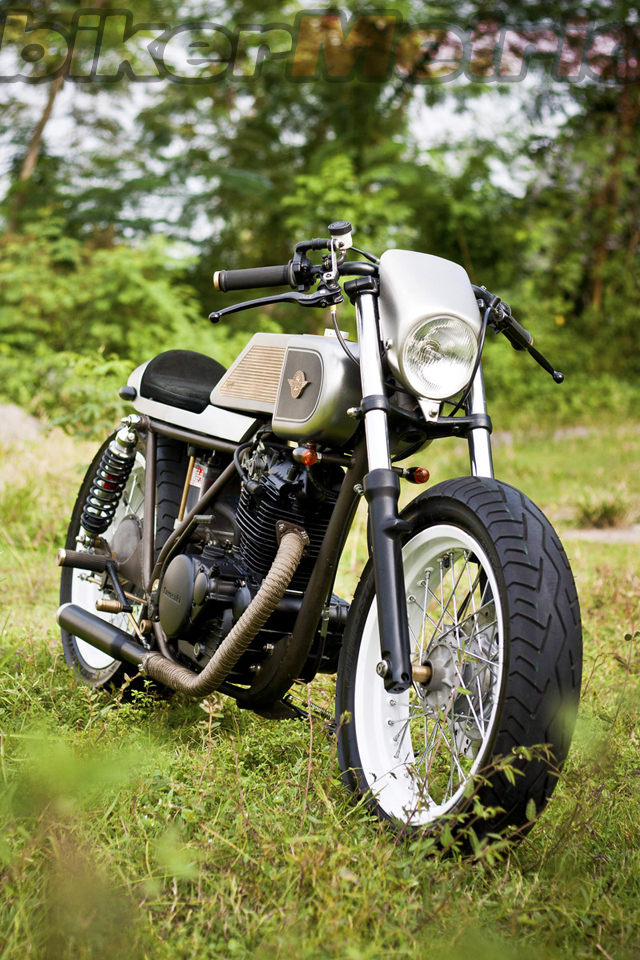 the brothers faiz and agus have once again created a gorgeous little motorbike out of their yogyakarta shop.

according to faiz, the bike is a cafe racer, but i may “call it as you will.” i was once told when i posted a bike that it was not really a cafe because a cafe has to have the hump in the rump. so i guess we’ll call the 12th attempt a cafe racer. 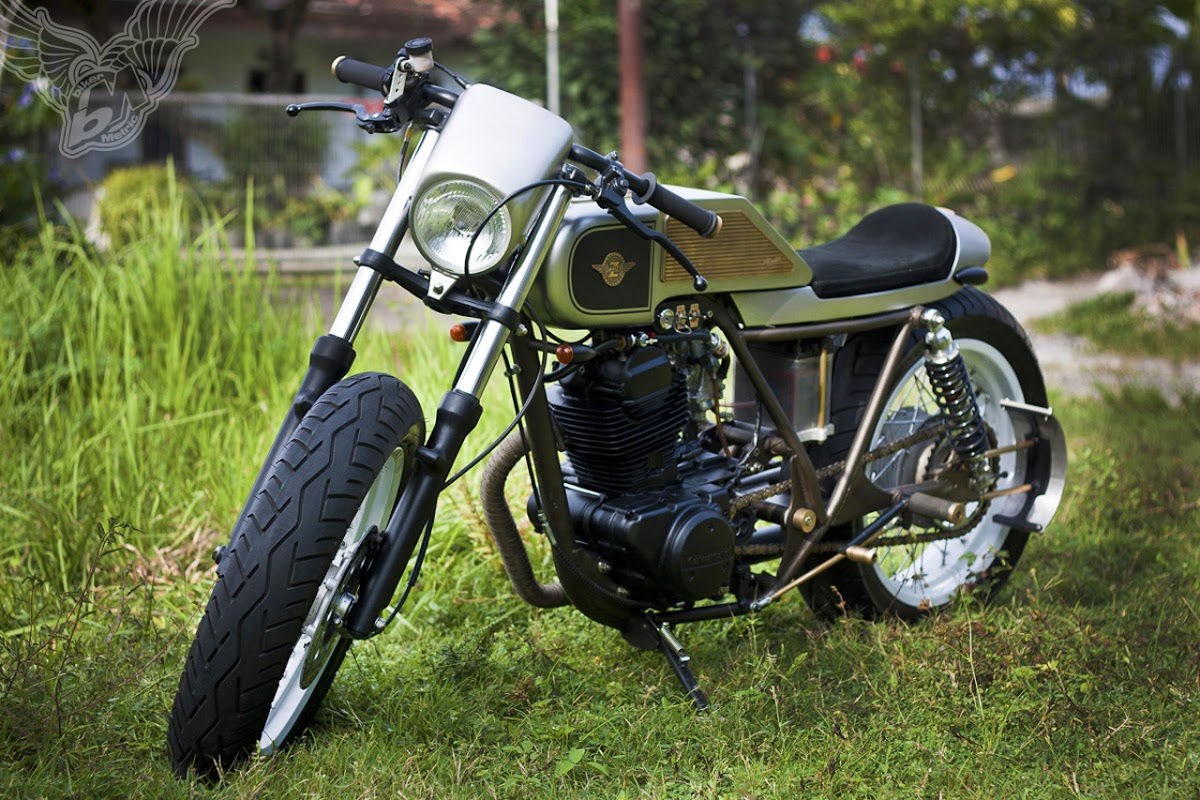 the motorbike is based on a 1983 kawasaki kz200, with many components from an older 1981 kz to make it operable. the engine work added two extra months to the project, as the bike itself was completed at the end of january. the brothers had great difficulty finding spare parts and felt lucky to find another kz200 motor to scavenge. 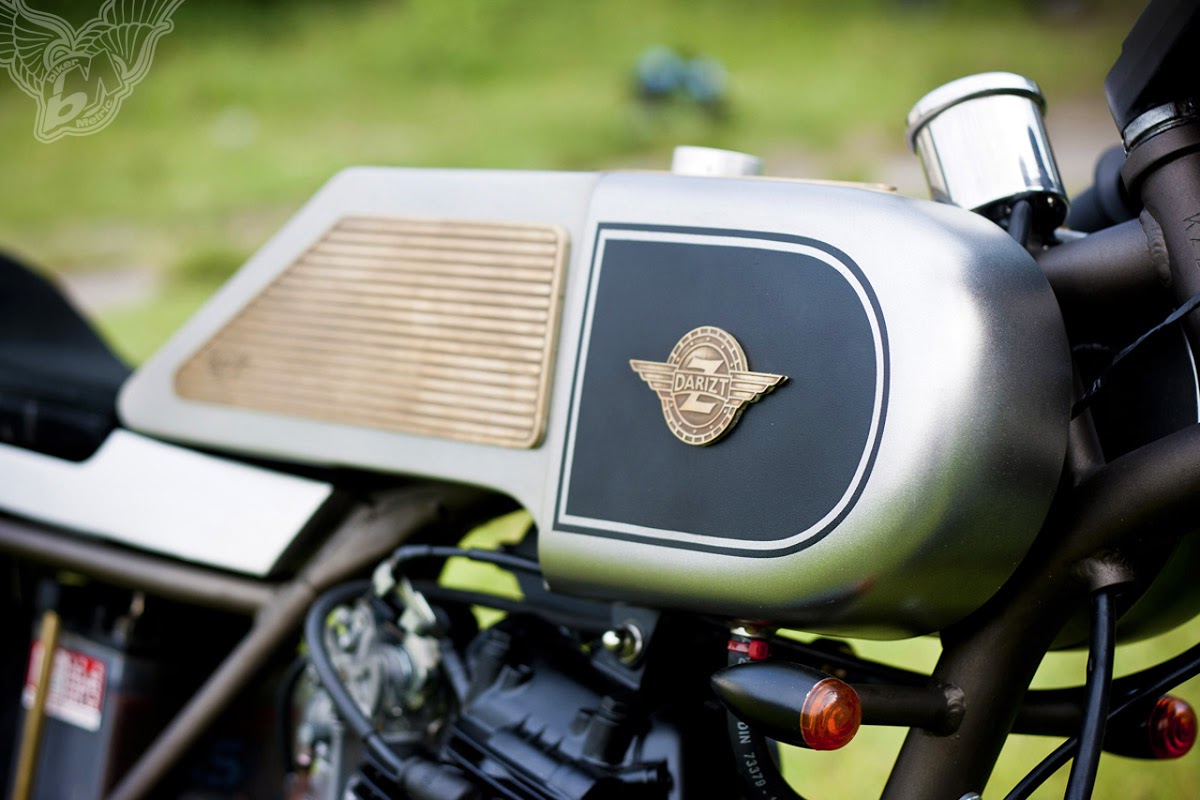 the front wheel runs a 120/80-17 tire, which looks great with the meaty front end and i know it adds stability at higher speeds in the city, over bumps and potholes, as well at high speeds. it helps keep the rubber down. the added weight on a small bore bike is negligible. 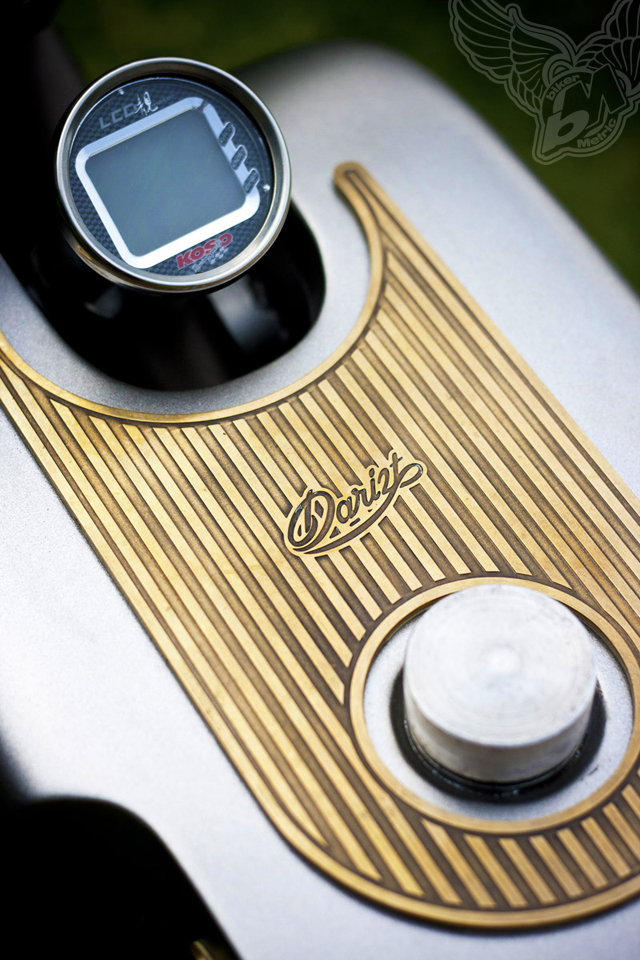 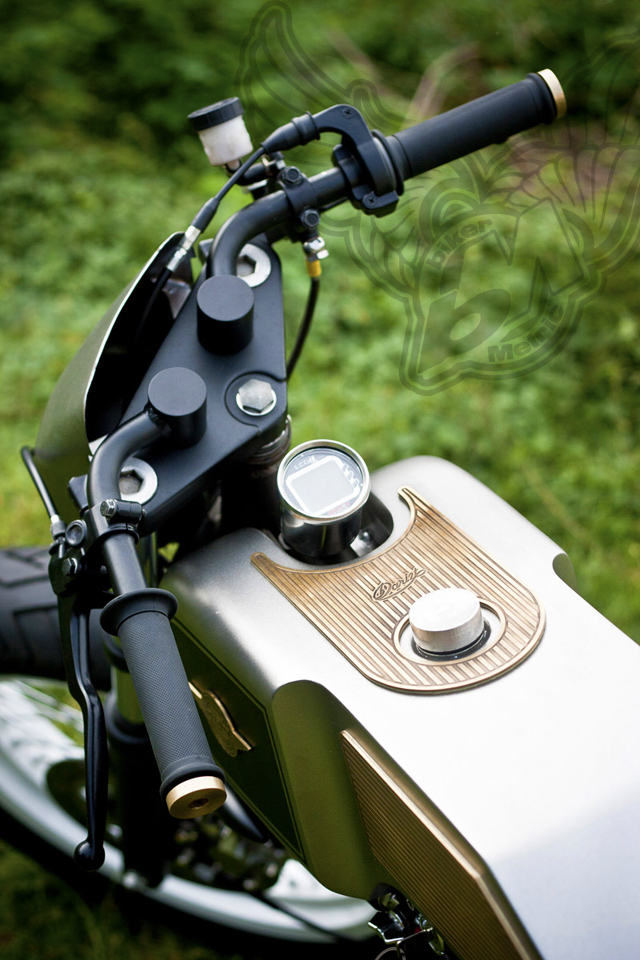 the rear is a 150/70-17. darizt took the stock frame and modified it to properly accept their beautiful body work. finally, the front end is from a yamaha byson (aka: fz16) and the rear suspension is simply unnamed aftermarket shocks.

they get a name on this bike, however; “sweet!”

after checking out all the great photos faiz took of their custom kz cafe, i realized there were no shots of the right side. those will be coming, and i’ll add them to this post when they do.

thanks for the pix and info, faiz! tell agus he rocks and we’re looking forward to #13. 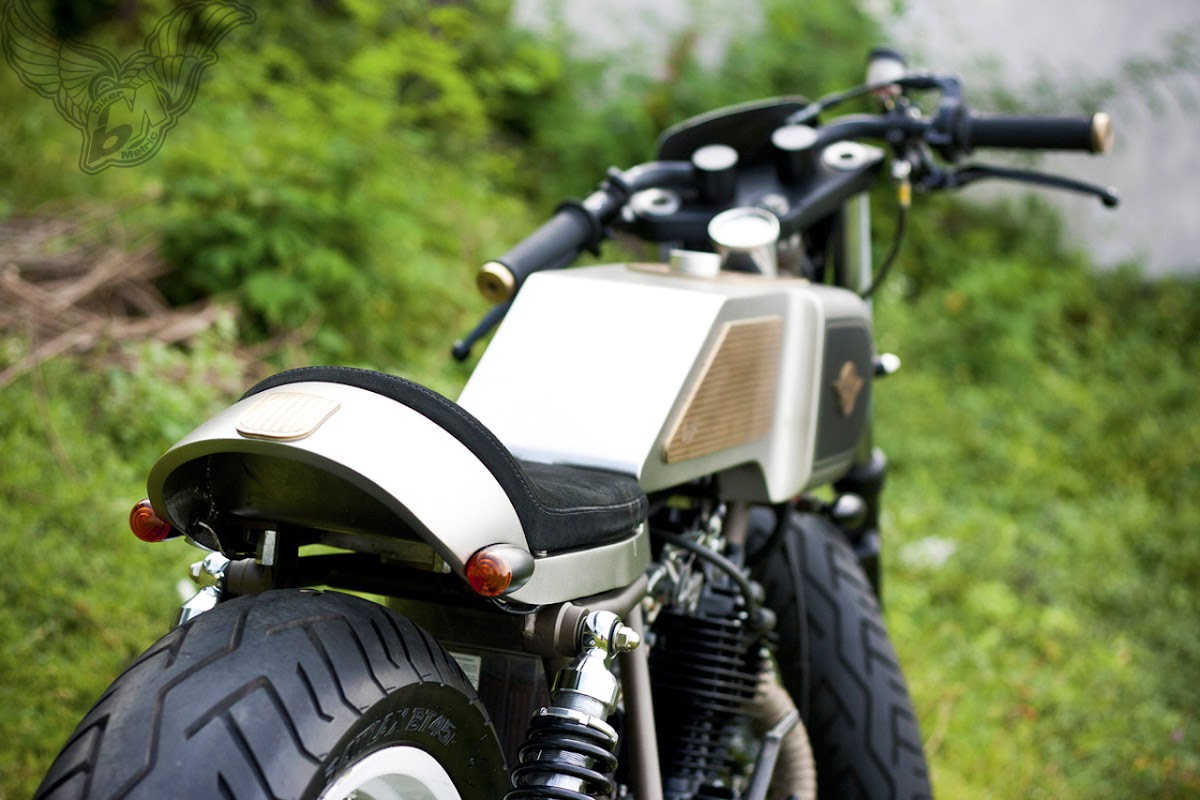 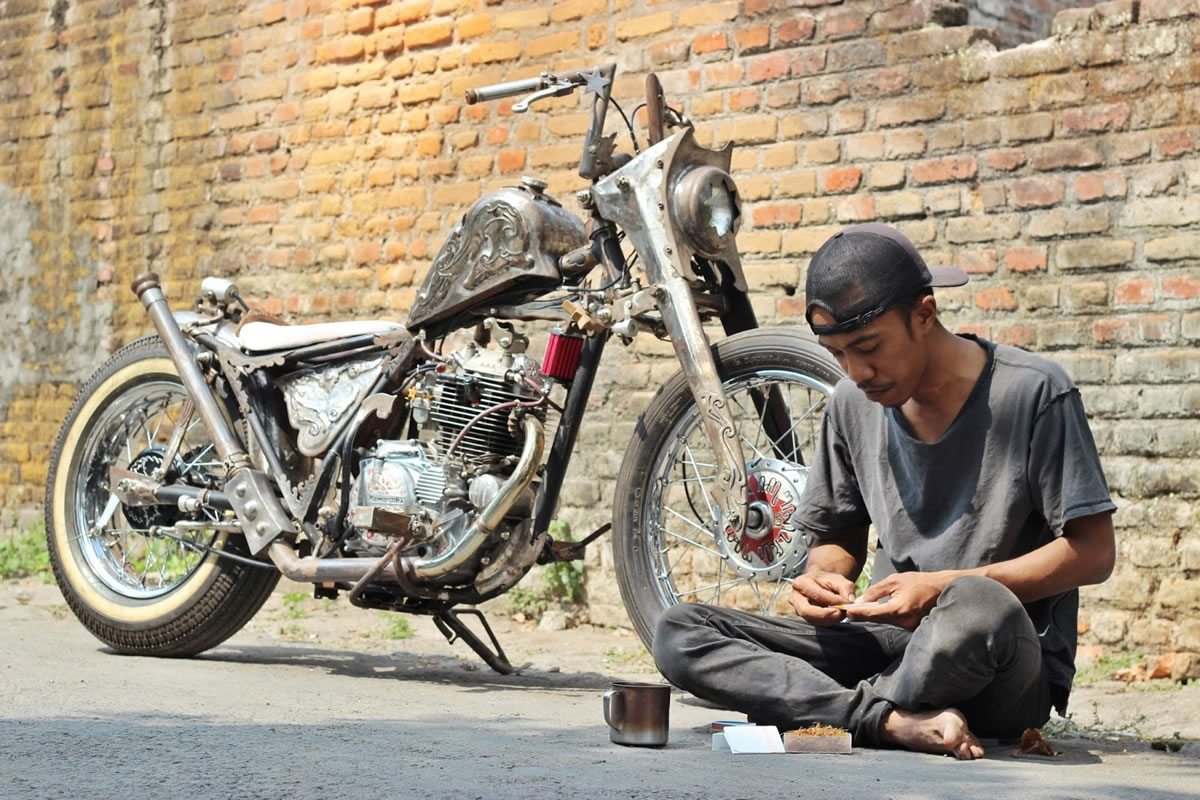