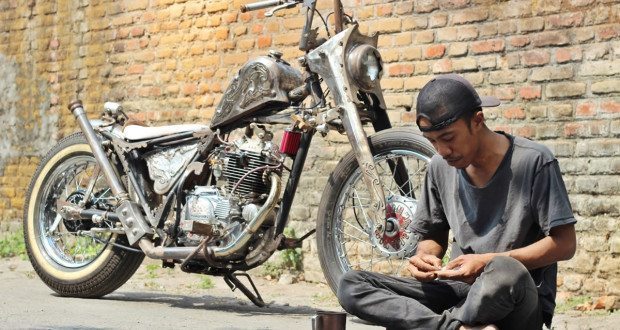 I built this motorcycle for my friend who ask me to build his bike with the “Keris” theme, full of java culture. 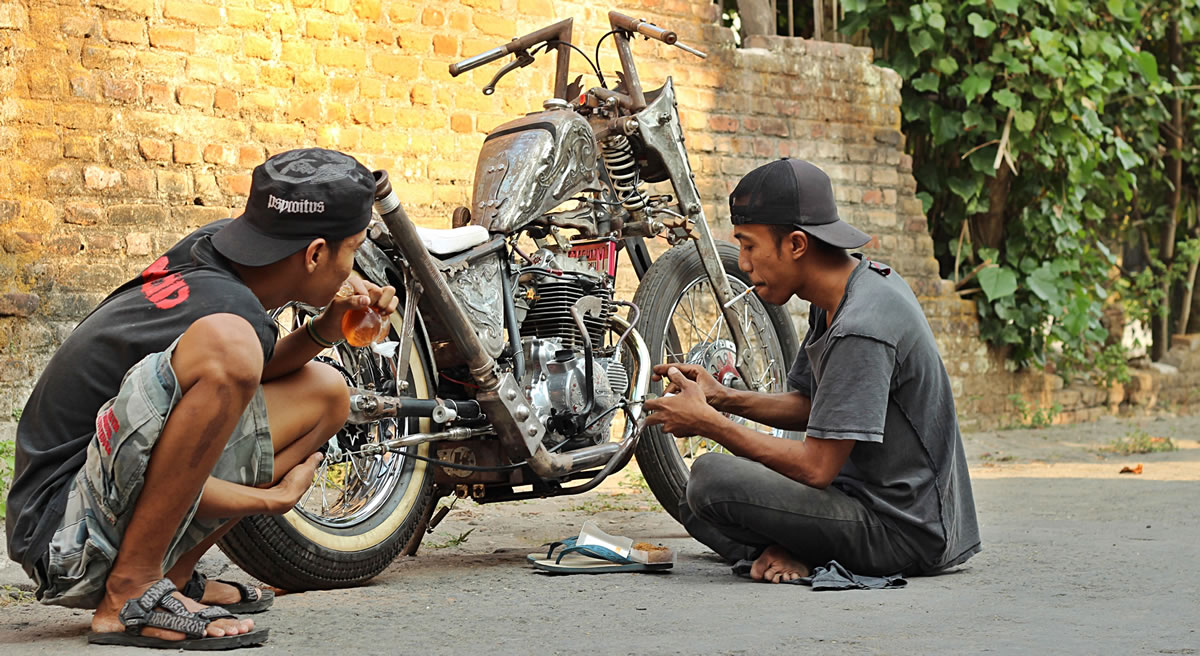 From Wikipedia: the (Keris) is an asymmetrical dagger with distinctive blade-patterning achieved through alternating laminations of iron and nickelous iron (pamor).[3] While most strongly associated with the culture of Indonesia the kris is also indigenous to Malaysia, Thailand, Brunei, Singapore and the southern Philippines where it is known as kalis with variants existing as a sword rather than a dagger. The kris is famous for its distinctive wavy blade, although many have straight blades as well. 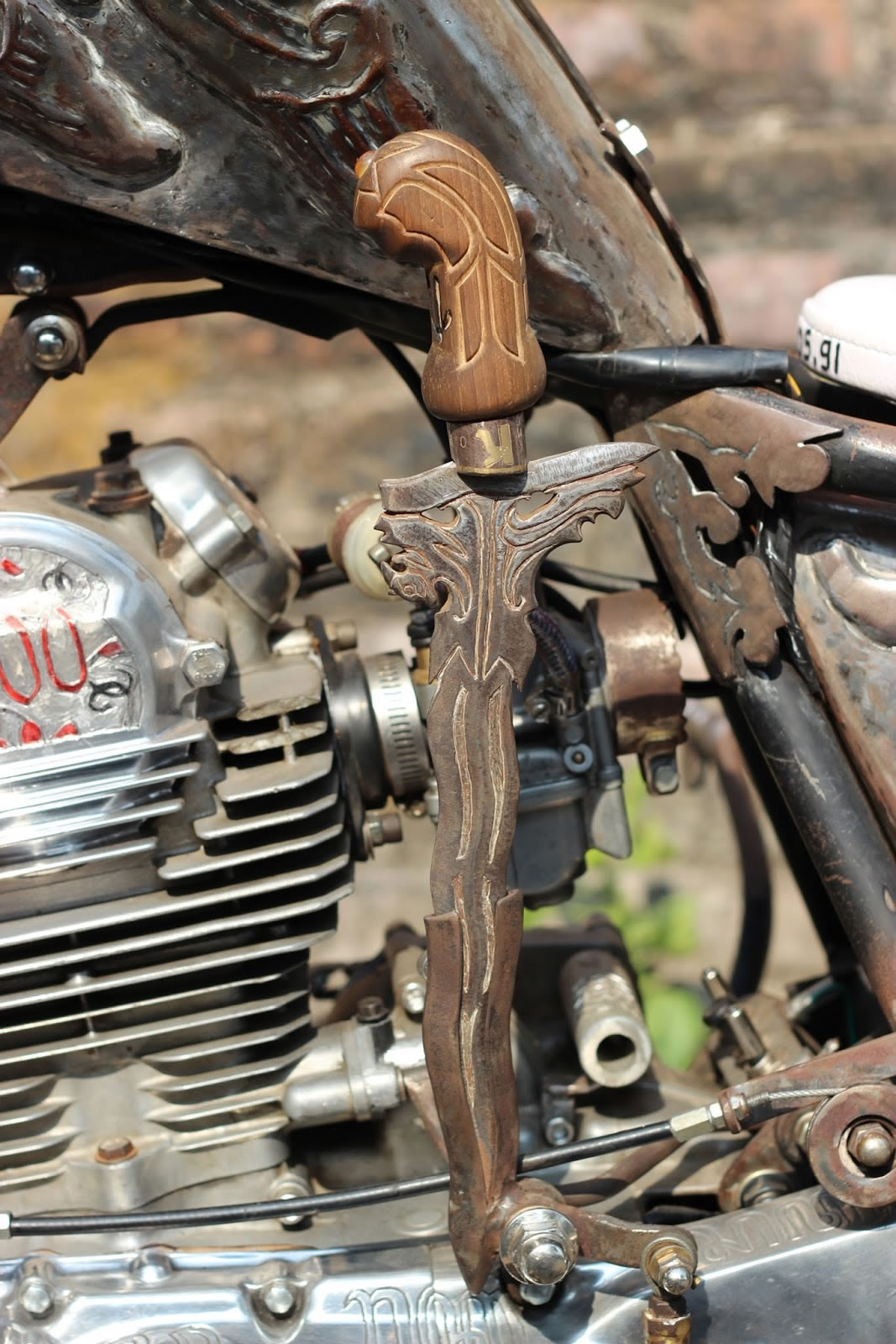 From A to Z , I took all data that I needed from internet and applied it in this bike. But I put some detail into it. At present the motorcycle is done in the “rust style” but in the future it can be polished, chromed, painted, etc. 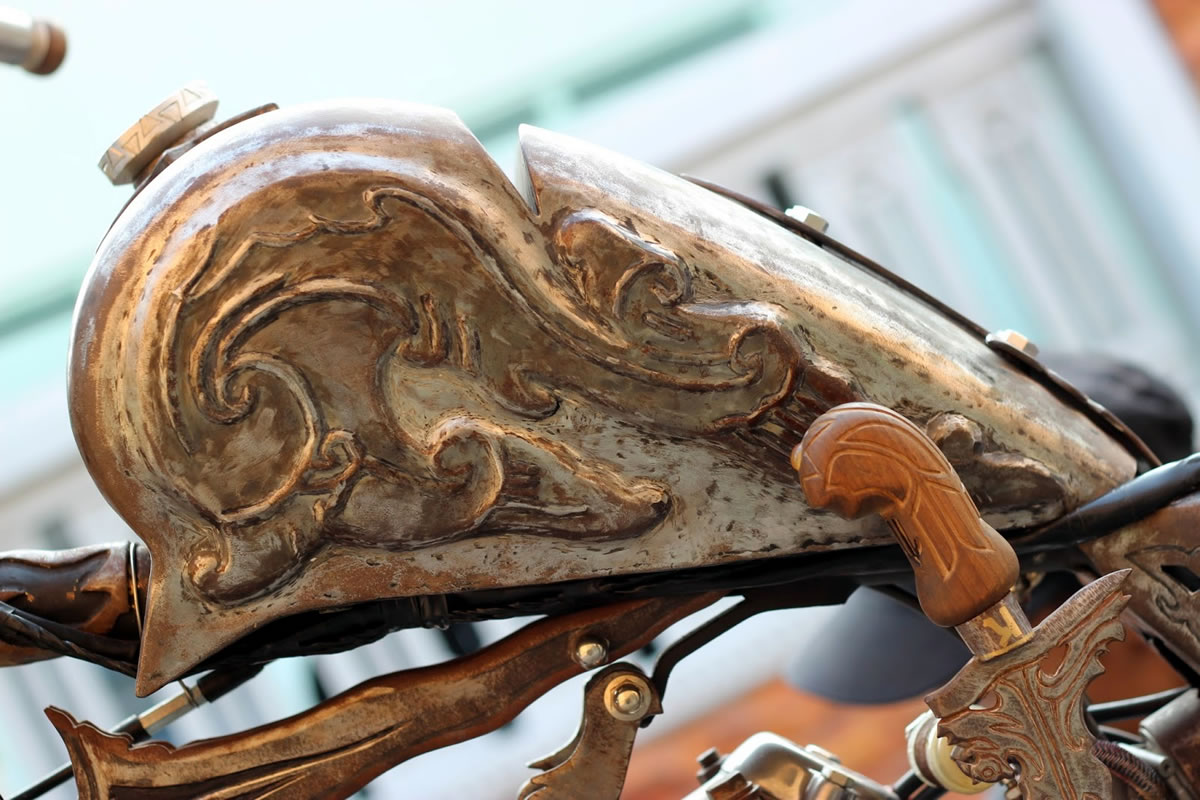 This bike called Keris GarudaMukha. I got all of the ideas from the internet and I spent about two years thinking about the details on each part. The goal was to present java culture in a motorcycle … Basically majapahit (batik and ornamen). You can call it JAVASTYLE. 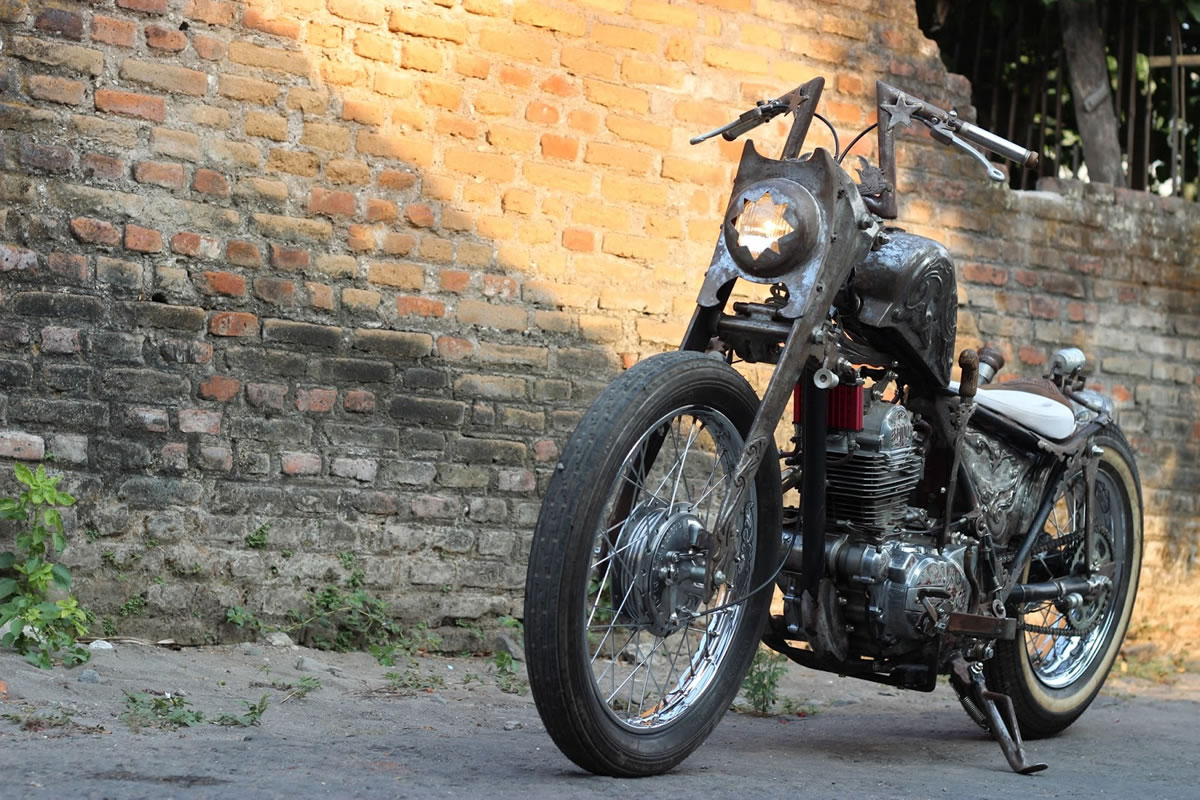 I love the bike although it isn’t my best work. I only used about half of my ability into this build but I still really like it a lot. 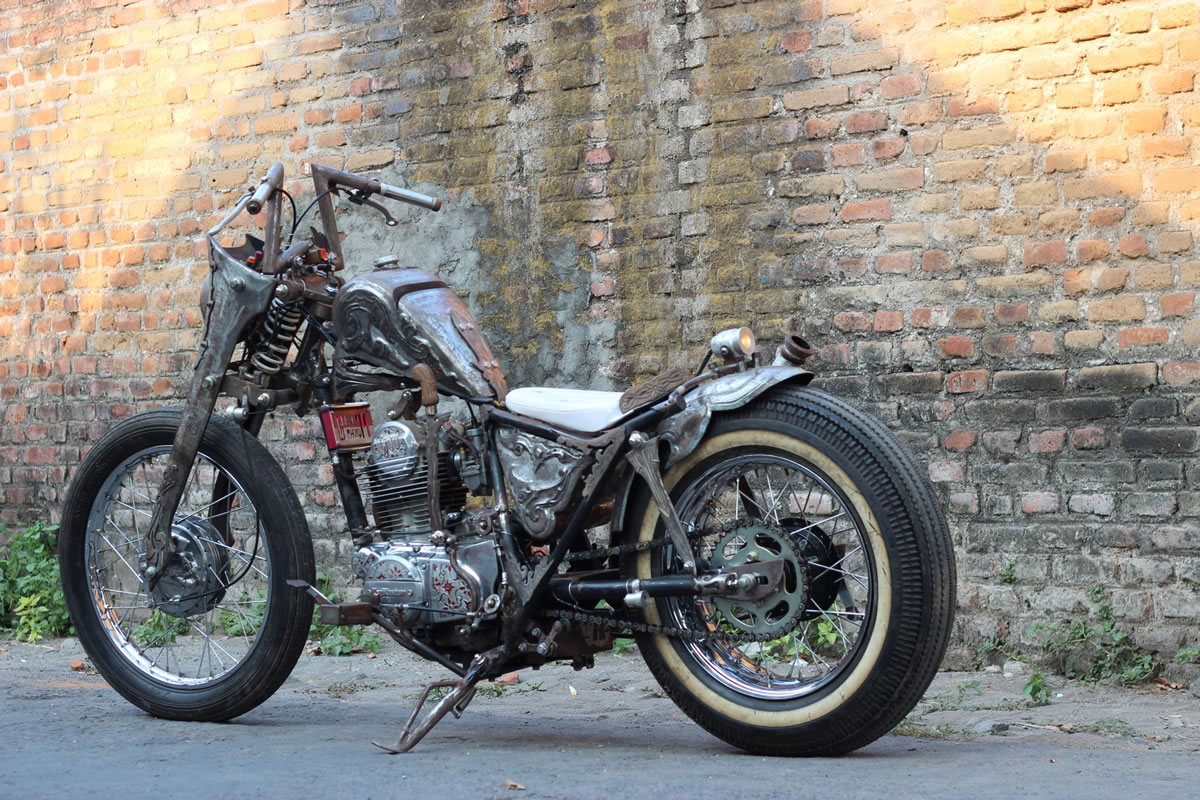 Some parts of the build were challenging though. I used, for the first time, very traditional tools, including the ones that I used for the engraving. You can find pictures on my Facebook or on my blog for the process. I enjoyed all of the process easy or hard because it came from the soul. It was a labor of love. 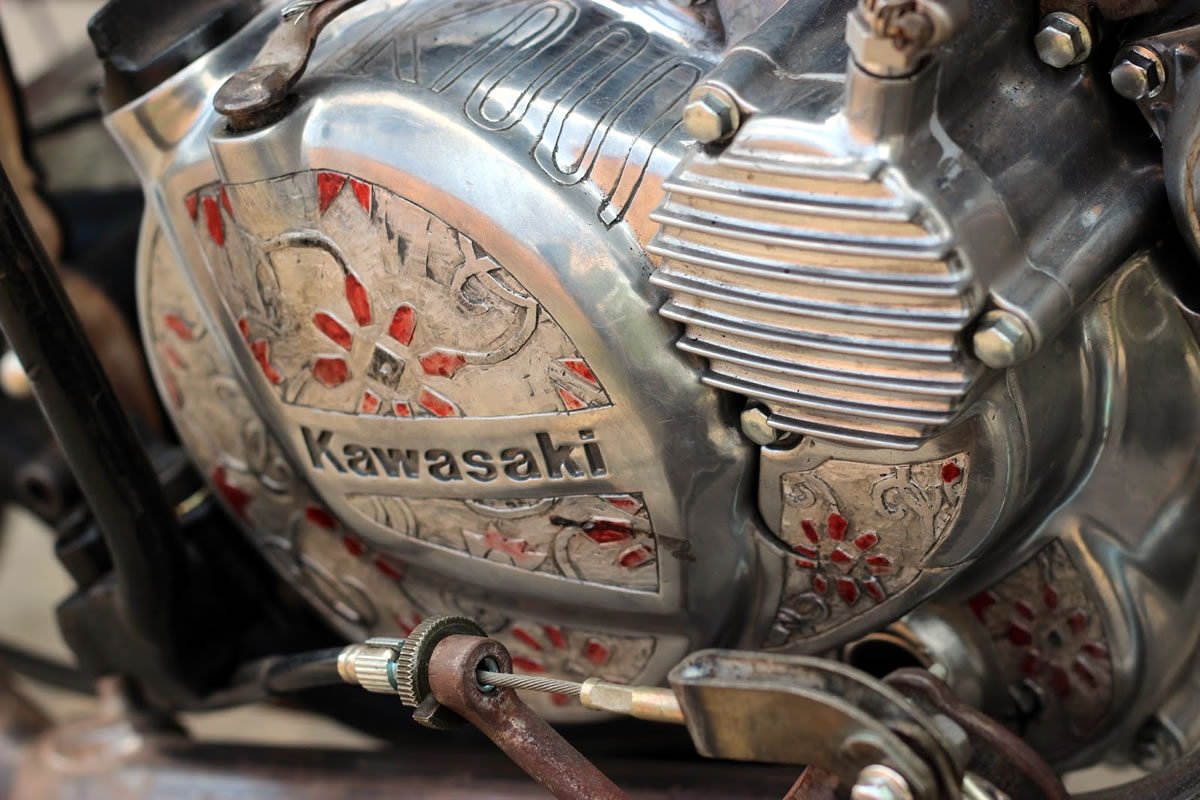 I build this bike for my own desire, from my soul and heart, for a specific person that I care about. So I will never sell it. 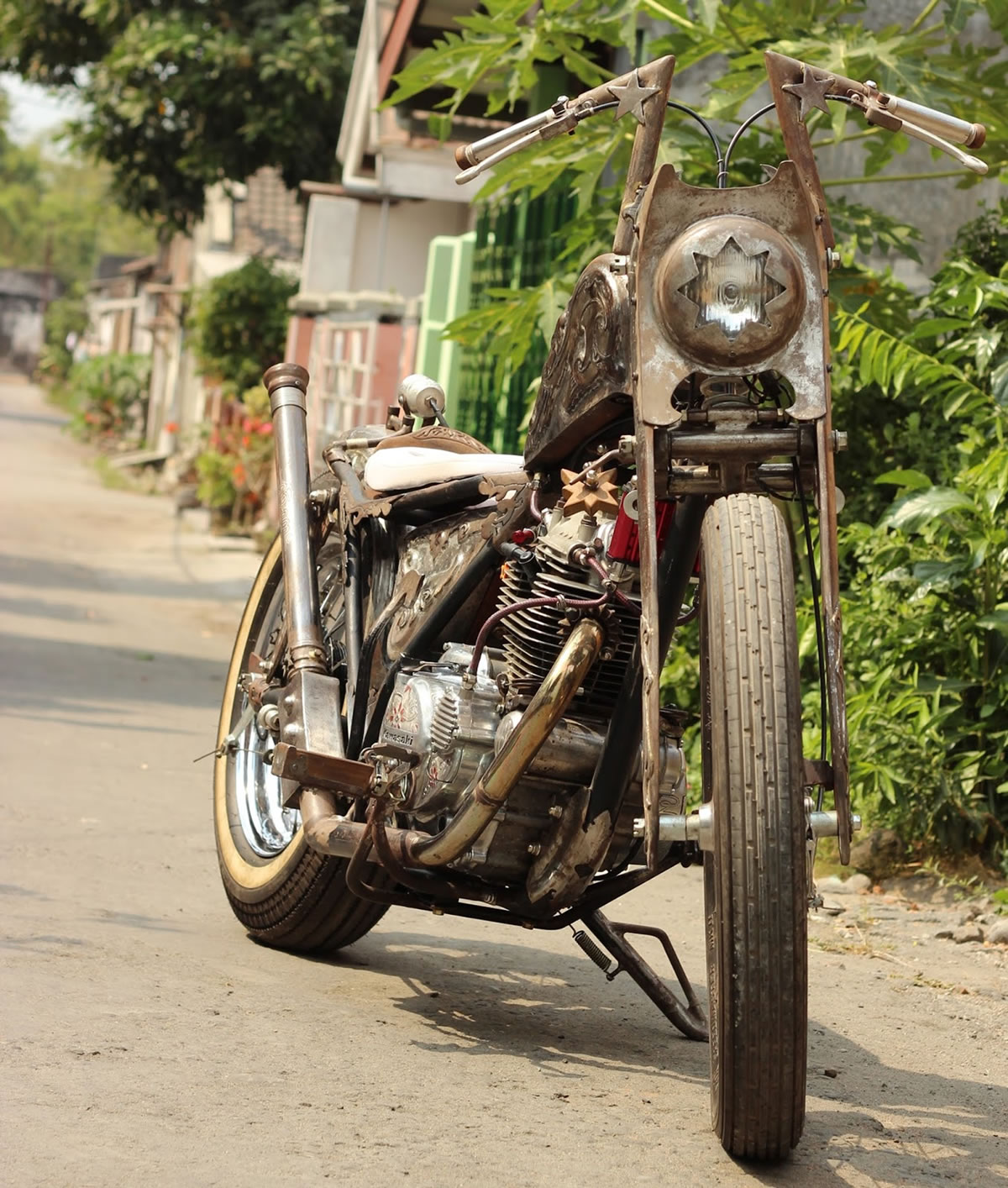 My next build will be something more simply kustom for a customer, and maybe something a bit more specific for an old friend. We’ll see. 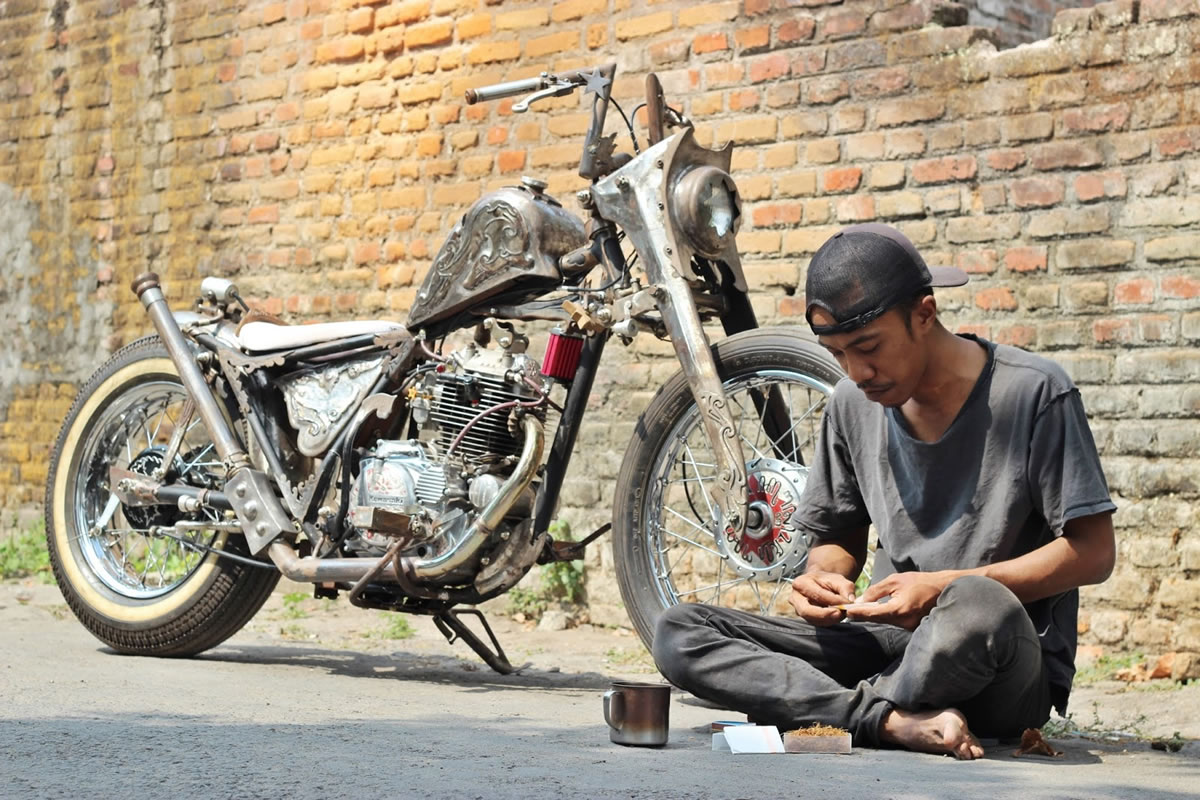 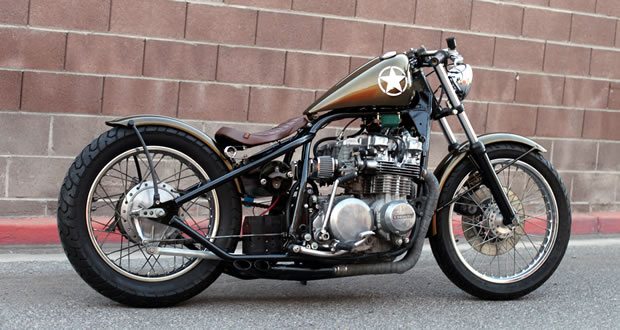