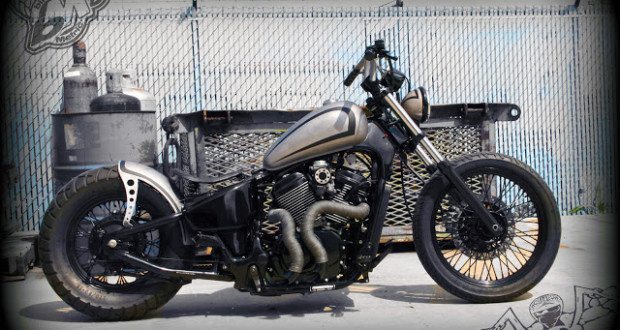 here is a 2006 honda shadow vlx600 josh at tail end customs built for a guy named joey, who had recently returned from fighting in the middle-east. he hit up josh and told him how he had a motocross background and wanted to give some of those details to this bobber. 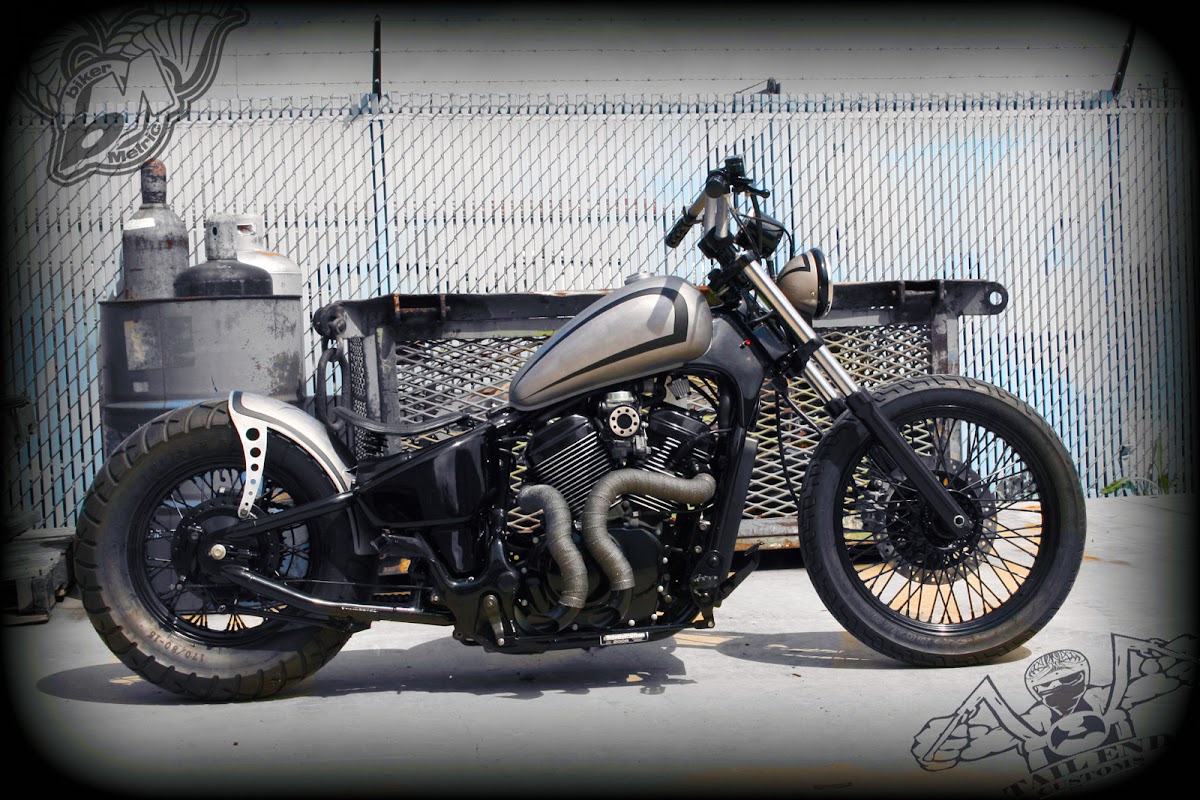 they started by using motocross foot pegs and thought about using enduro-style tires but decided to keep the treads a little more street friendly. they do still look pretty meaty, though. i like it.

joey wanted a raw look on the steel but wanted a bit of flat and gloss black elements added, too. josh suggested raw metal tins with flat black scallops along with gloss black outlines and pinstriping. 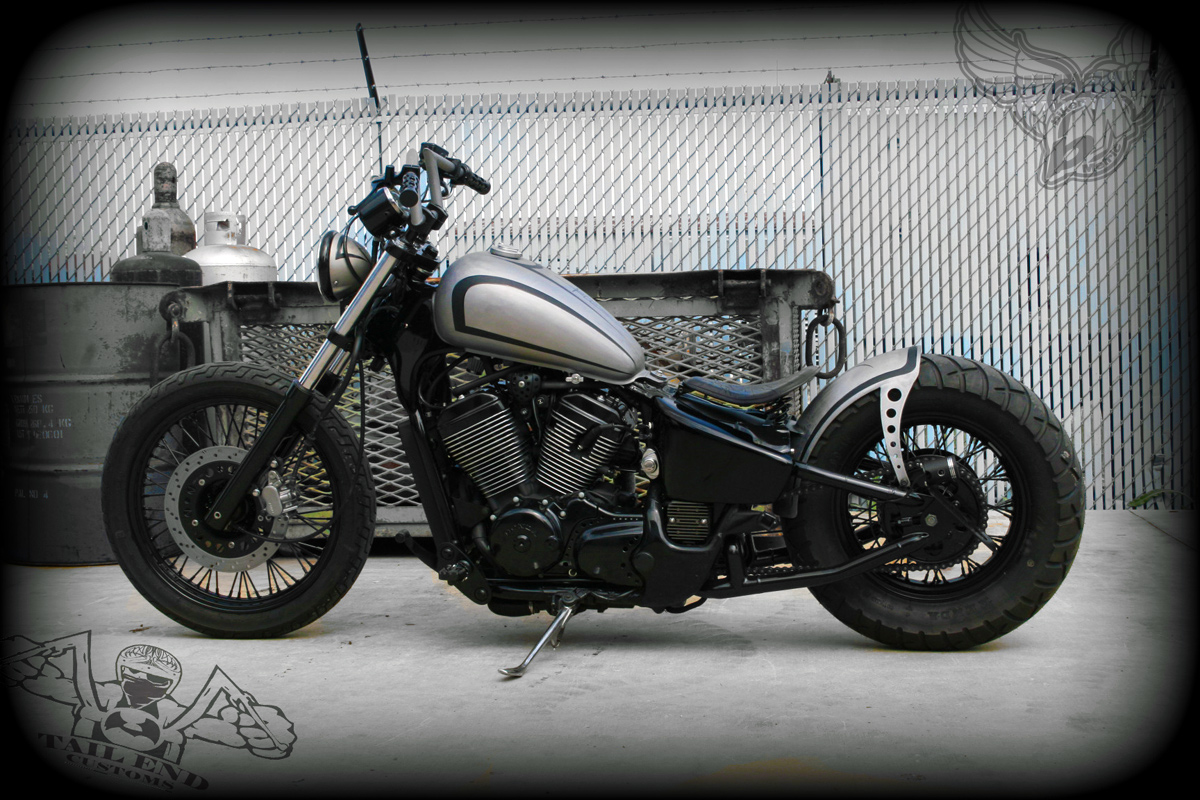 the new owner also wanted crazy looking pipes like tail end’s green with envy bike (pictured below). josh didn’t want to do the same thing again and started on a set with a new twist while leaning towards the first design. eventually, he scrapped them and came up with “these crazy bastards.” joey digs them. 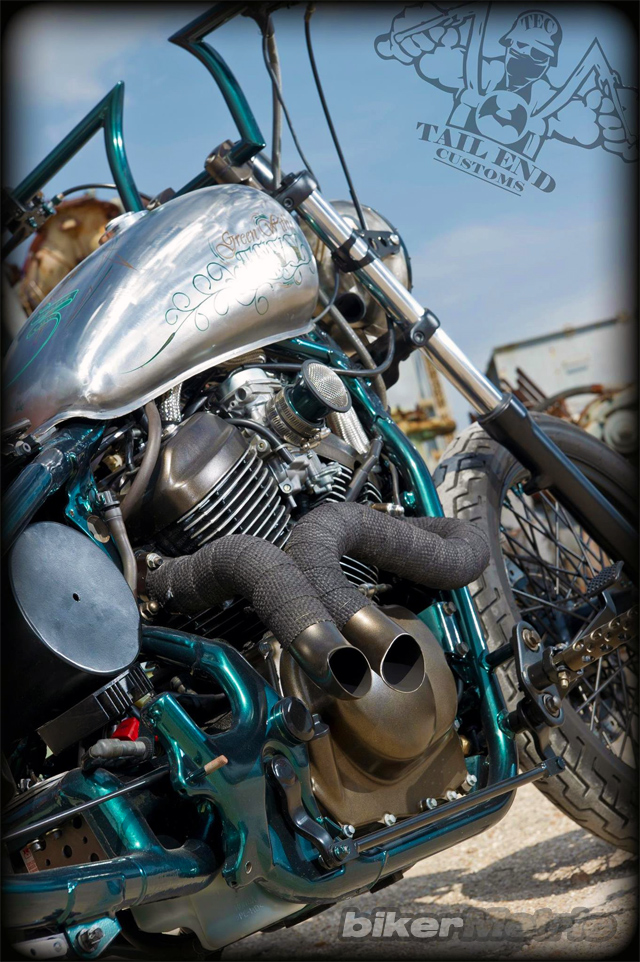 josh then pulled the motor and painted it flat black while powder coating the covers in gloss black. afterward, he went over the motor fins with a raw metallic silver paint.

as most bikes that come out of tail end, this one is slammed in the front and rear. josh also powder coated the wheels gloss black and threw on some biltwell keystone bars, which seem to go well with the scheme. he also put on some black swiss grips so he could show off the raw metal underneath. 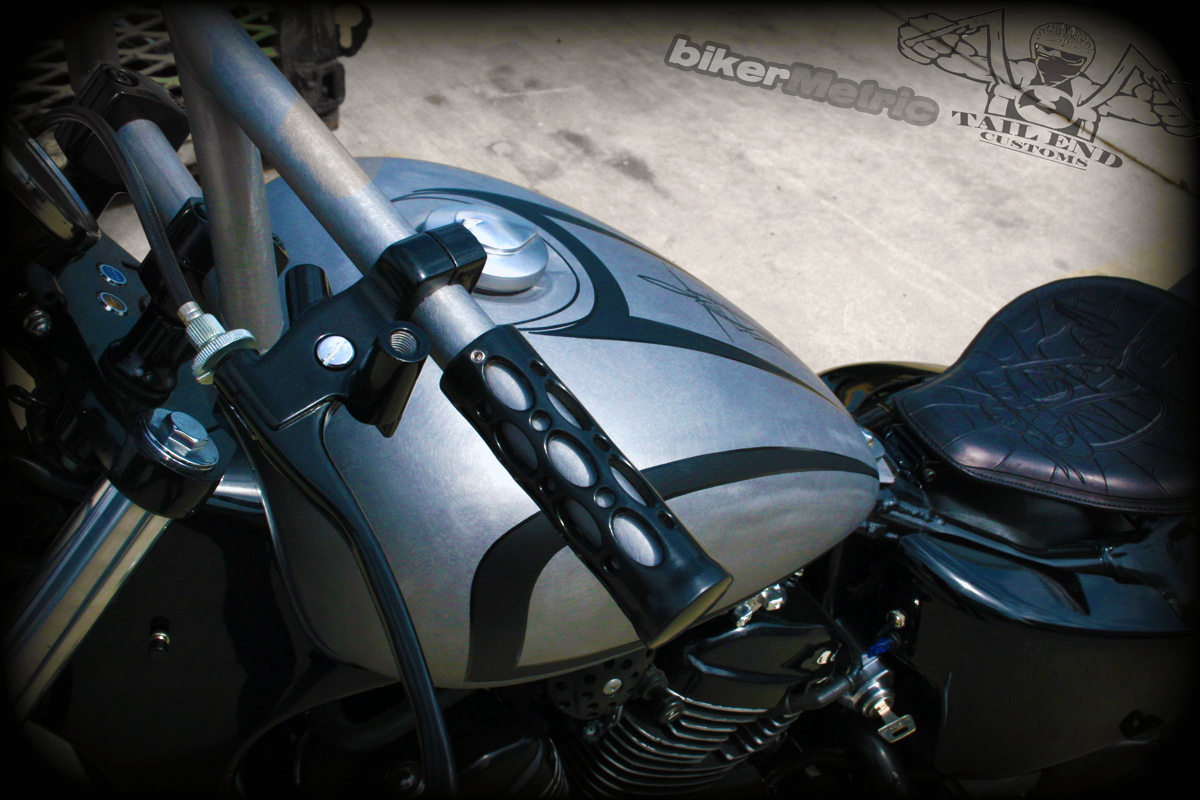 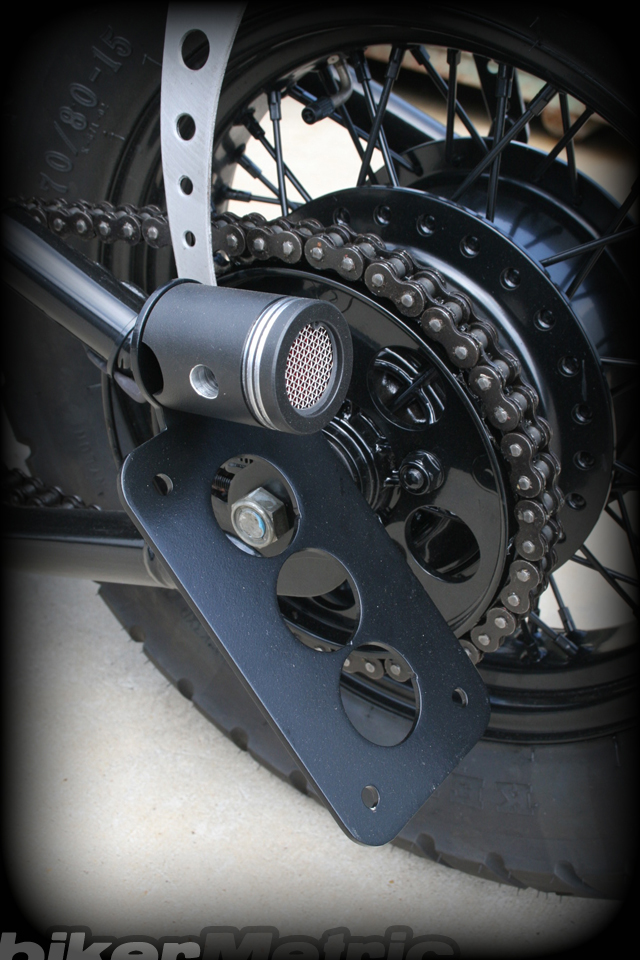 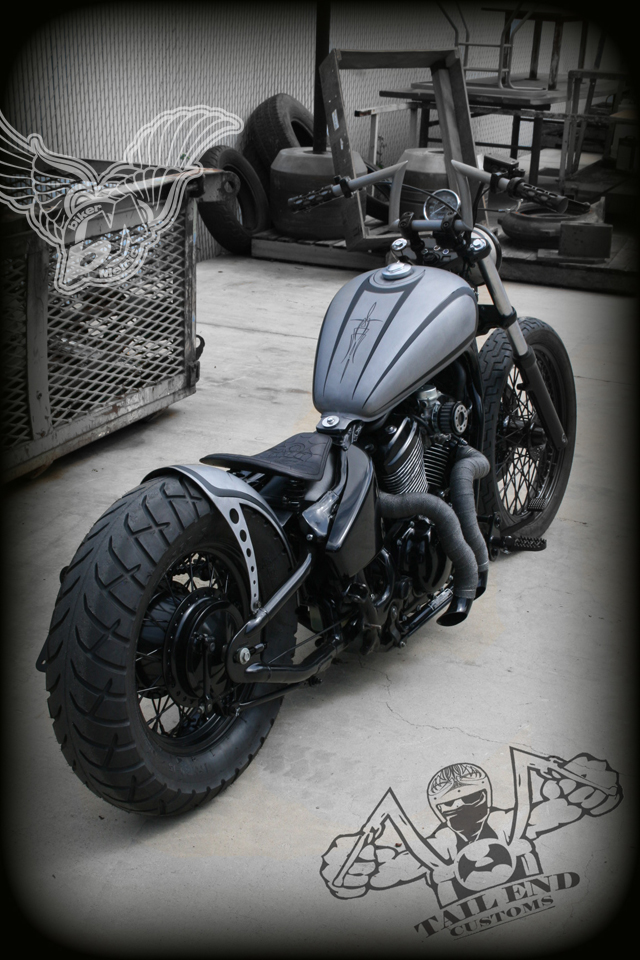 joey wanted to make a meaningful statement with the seat to pay tribute to his father. “rest in peace, dad” was added, as was the number 60, his dad’s old dirt track racing number. josh suggested throwing in some wrenches to complete the seat.

at this minute, this bad little vlx600 bobber is on it’s on its way to joey in virginia.

check out tail end here and if you contact josh, tell him that weirdo from bikerMetric sent you! 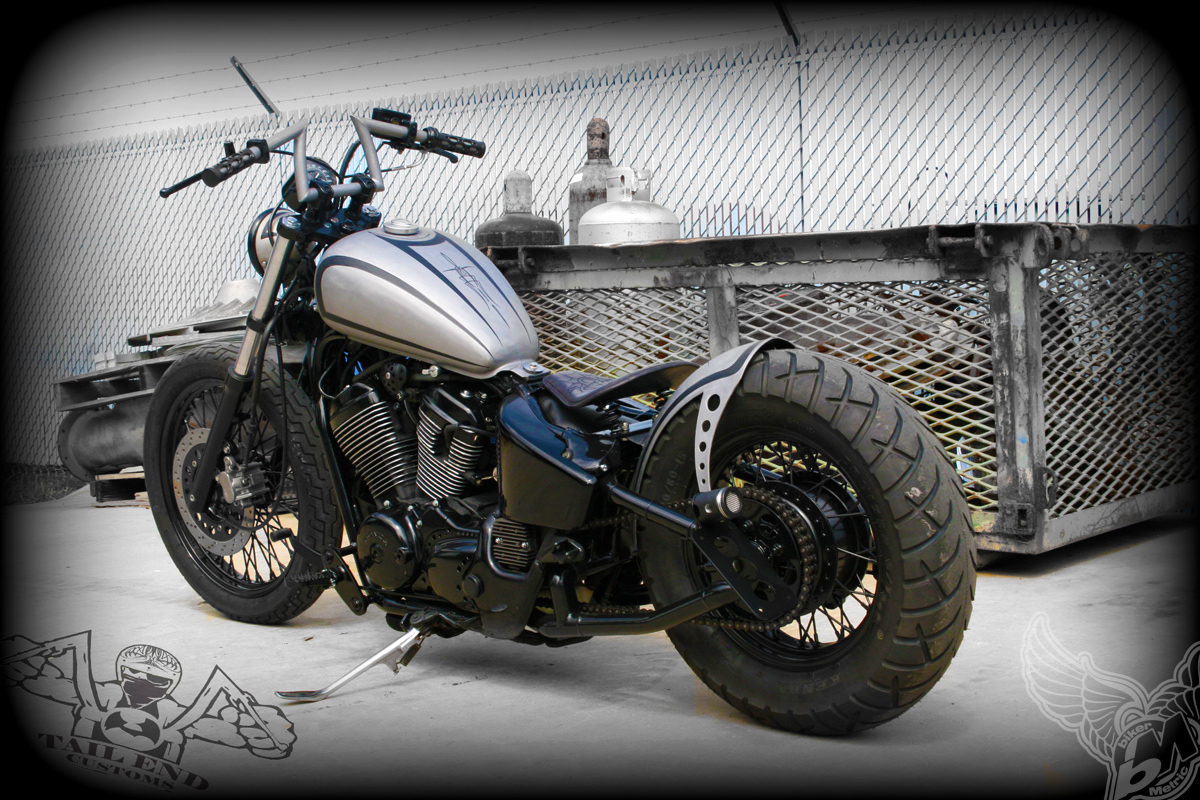 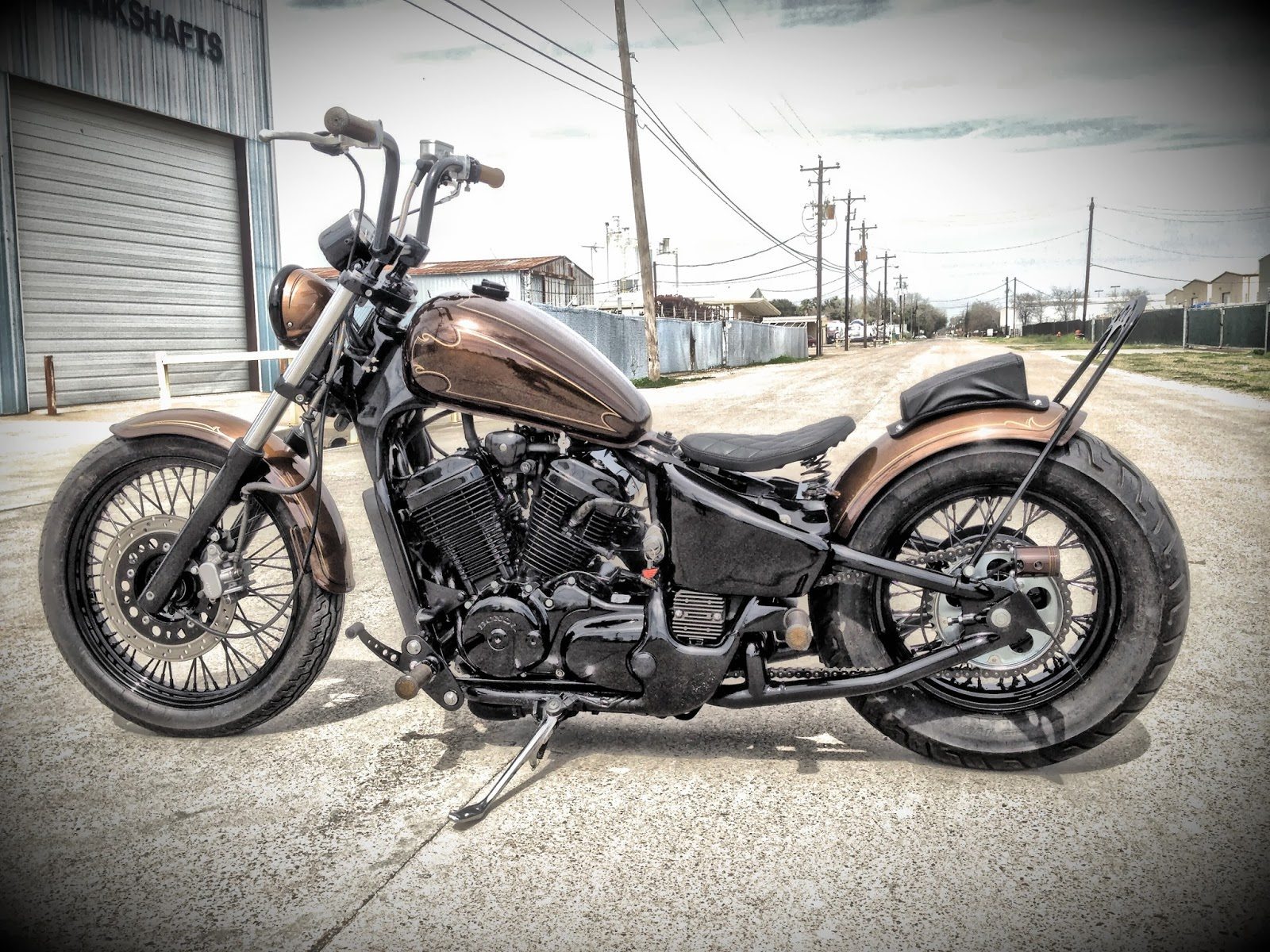 bikerMetric: Talk to me, bro. Tail End Customs: My name is Josh ...