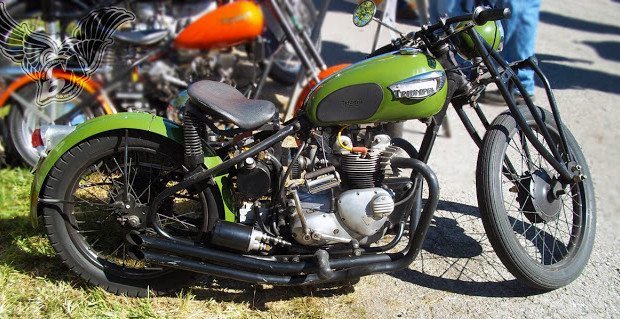 bikerMetric friend and member TOOLS1 emailed a while ago with some nice photos he took at the beginning of the month at ralph wayne’s backyard nationals in kansas city, mo.

the bike is powered by a 1967 triumph t100c and was built for a lucky woman, which is why it’s named “jessica’s engagement bike.” her future husband created it for her as an engagement present. why am i thinking of getting estrogen shots? 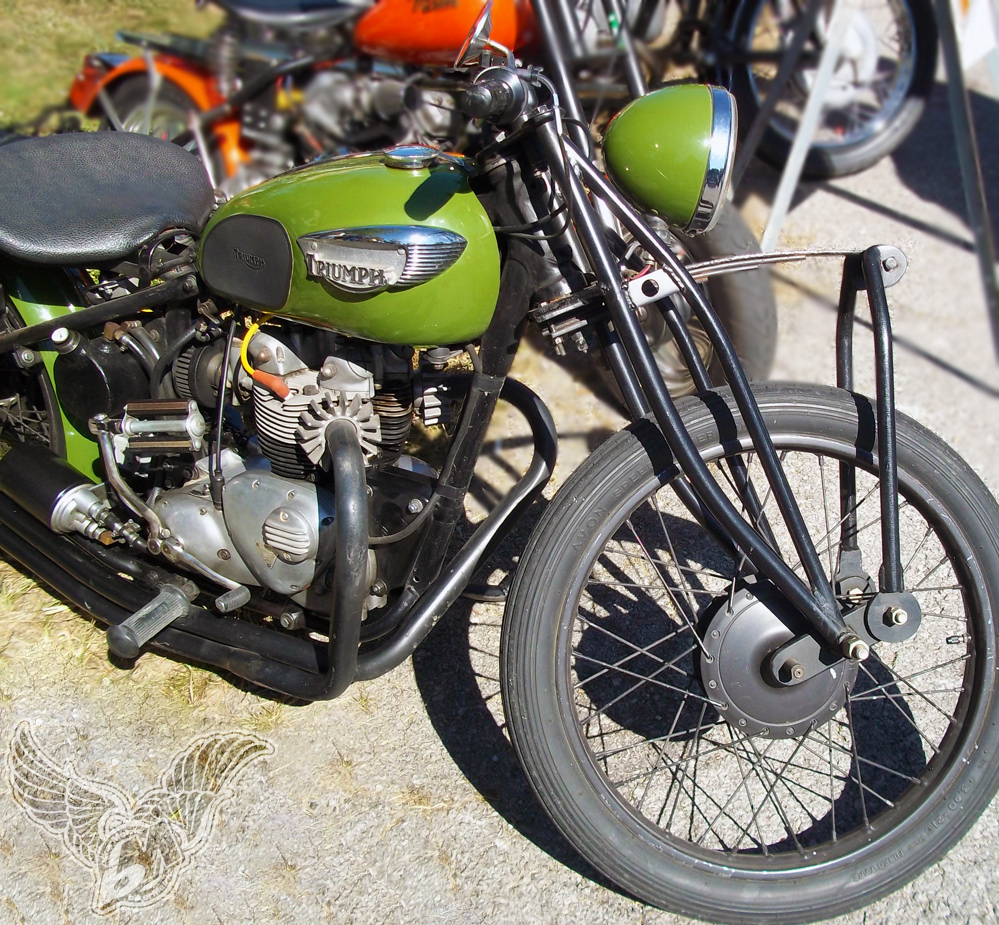 the front fork was fabricated by using a leaf spring from a 1932 chevy. the rear fender was once the spare tire cover from a 1926 ford. of unknown manufacture is the hard tail section, but her future husband did fabricate the oil tank. 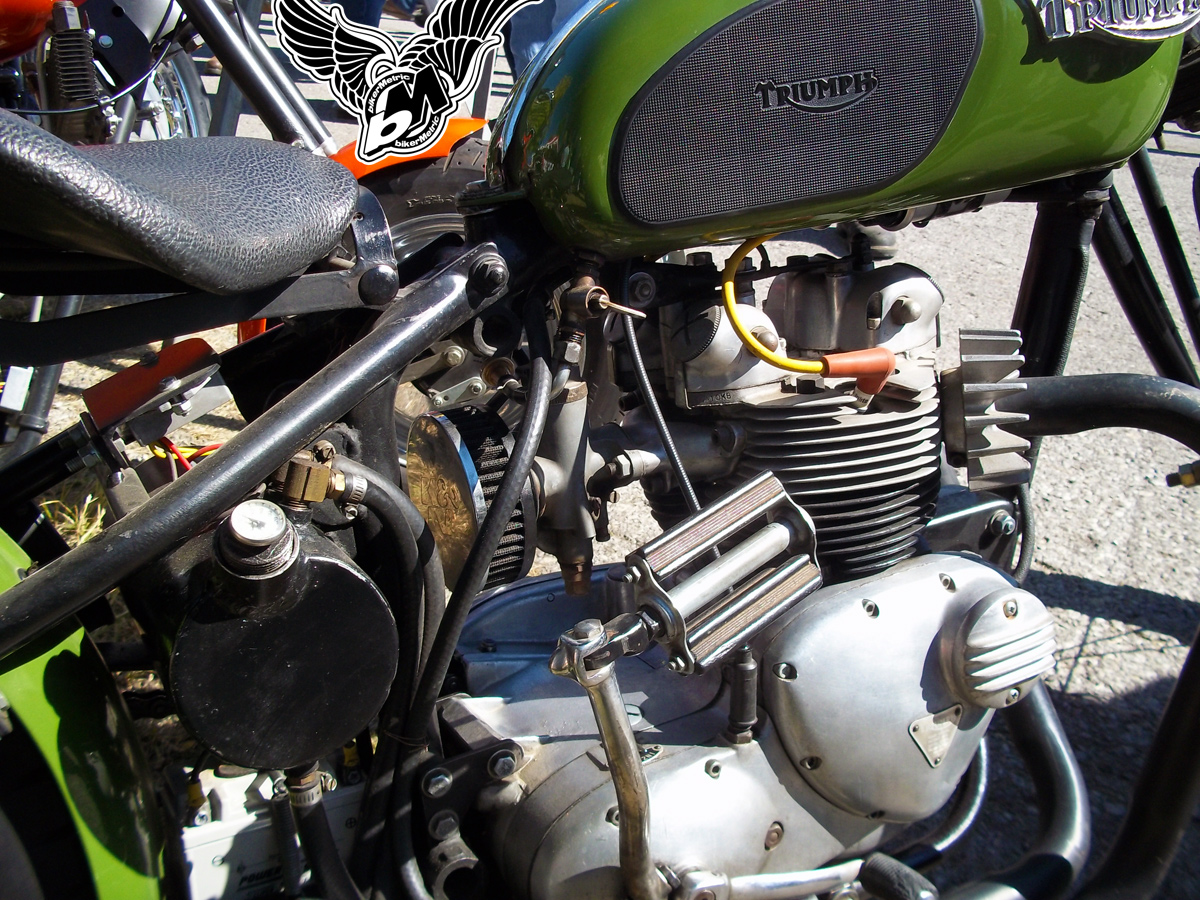 other details are the kicker peddle which came off a hawthorne bicycle. 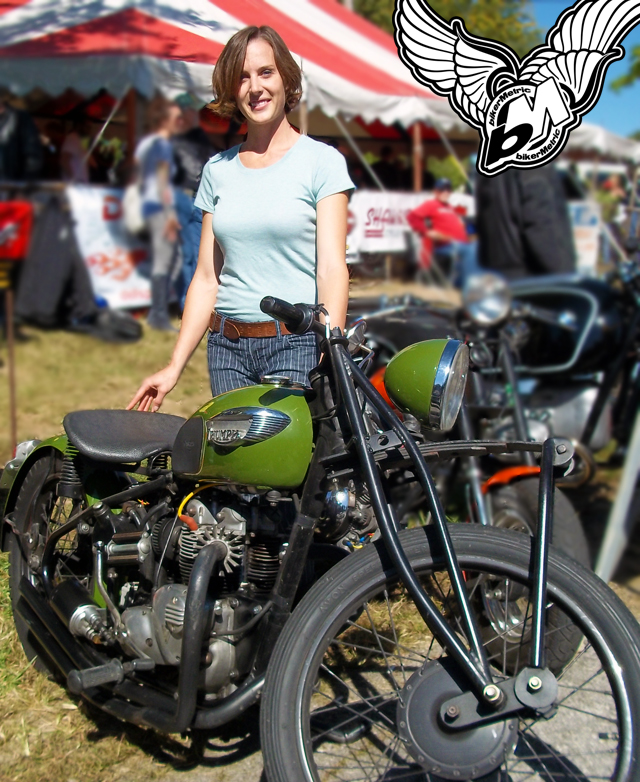 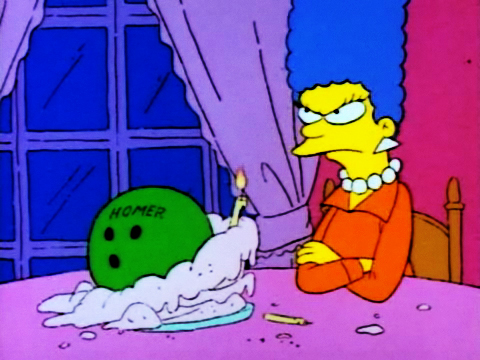 thanks for the pix, tools. hope my half-assed blur action on the backgrounds helps the bike stand out a bit more.

jessica is a lucky woman. i hope she likes the bike and rides it and it isn’t like when homer bought marge a bowling ball with his name on it.