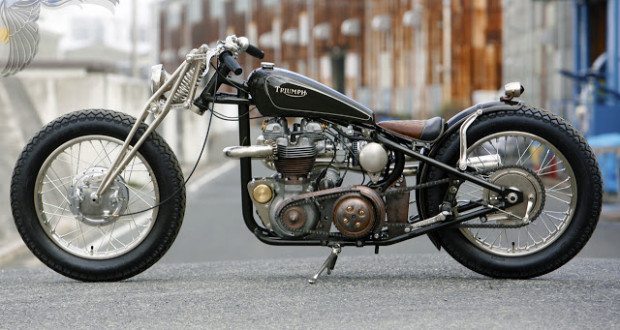 got a couple emails with a bunch of info and pix of two bikes from daniel at xtreme bikes magazine from spain ten days ago. 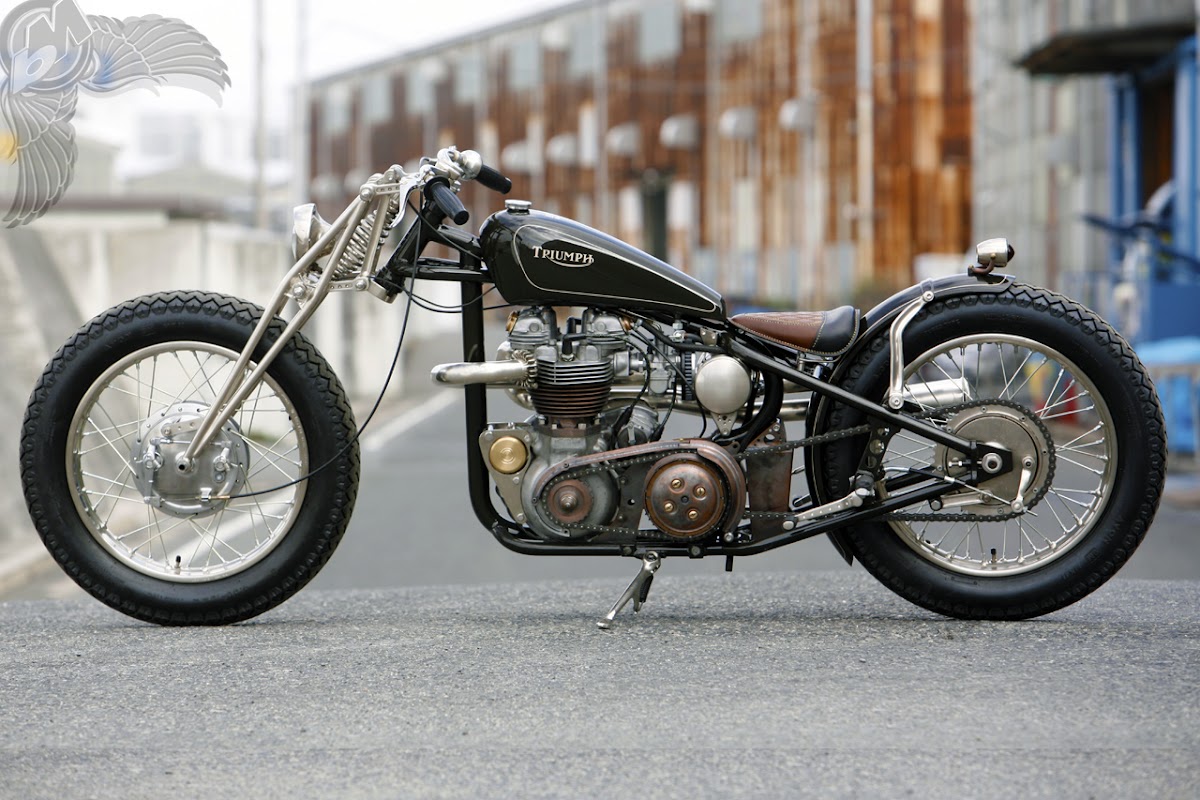 one of the bikes has been here before, but at the time i offered only a pic or two and not much info. it’s the yokohama queen by heiwa motorcycles in hiroshima. if i understand my japanese-to-spanish-to-english translation, heiwa is translated into the word “peace.” 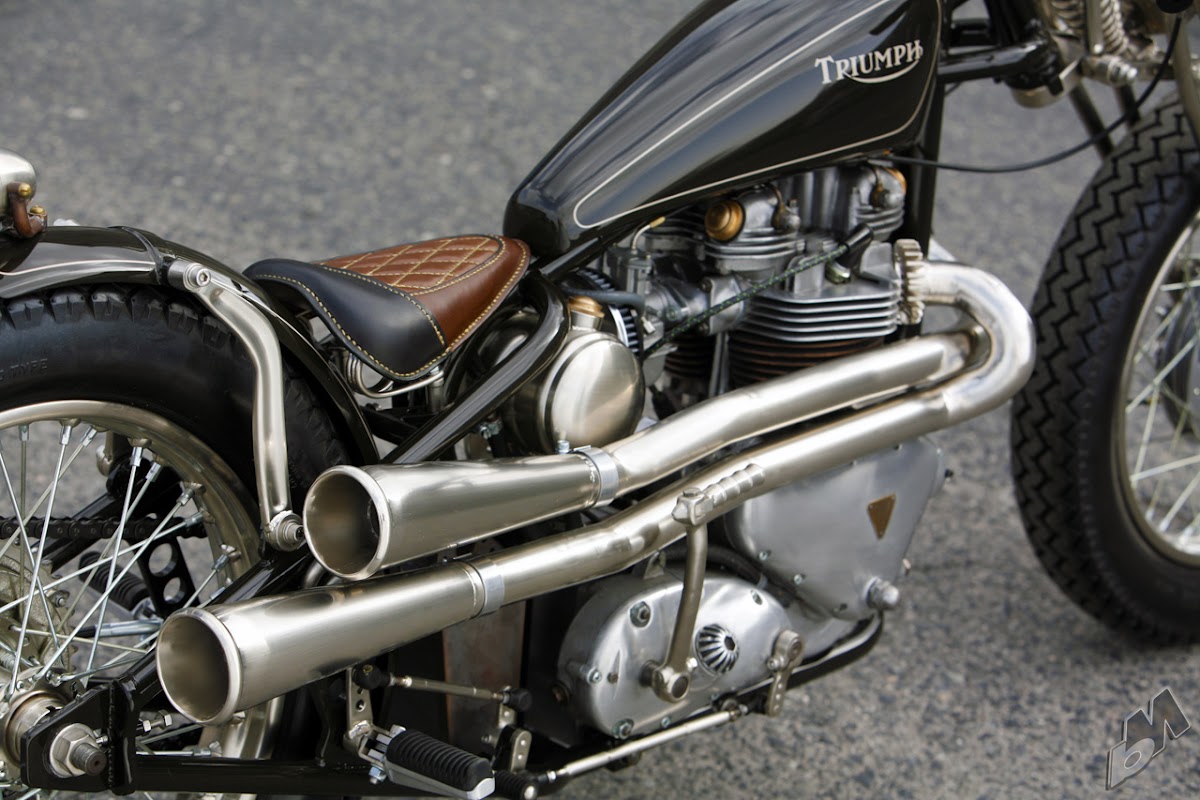 kengo kimura, the proprietor of heiwa motorcycles, makes most of his money transforming small displacement japanese motorbikes into clean brats, bobbers, and choppers. the yokohama queen, however, is a 650cc 1958 triumph tr6 motor. 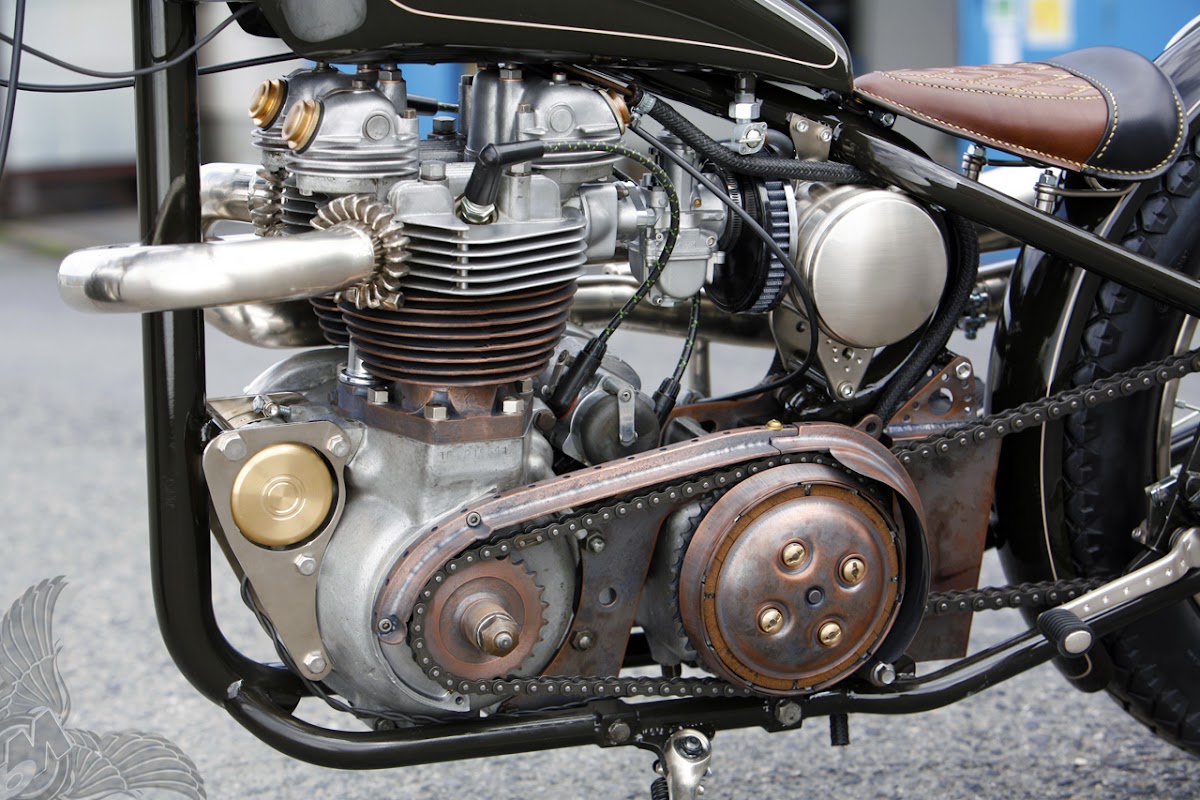 as you can see, kengo eschews the current trend of flames, scallops, pinstripes and other embellishments in favor of a clean paint scheme set off by the two-tone, diamond stitched seat that accentuates the simplicity and sometimes raw look of the motor, front end, interesting gooseneck frame, and smaller elements such as the fender struts and brake light. 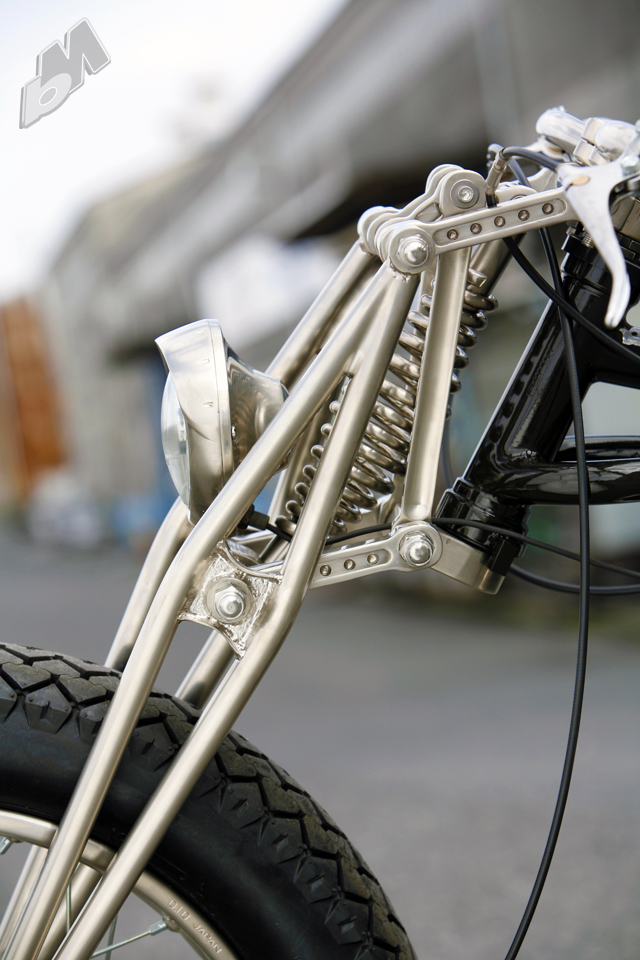 even though it’s been around for a couple of years, it’s a great bike and as always, click the pix to get the full-screen version. 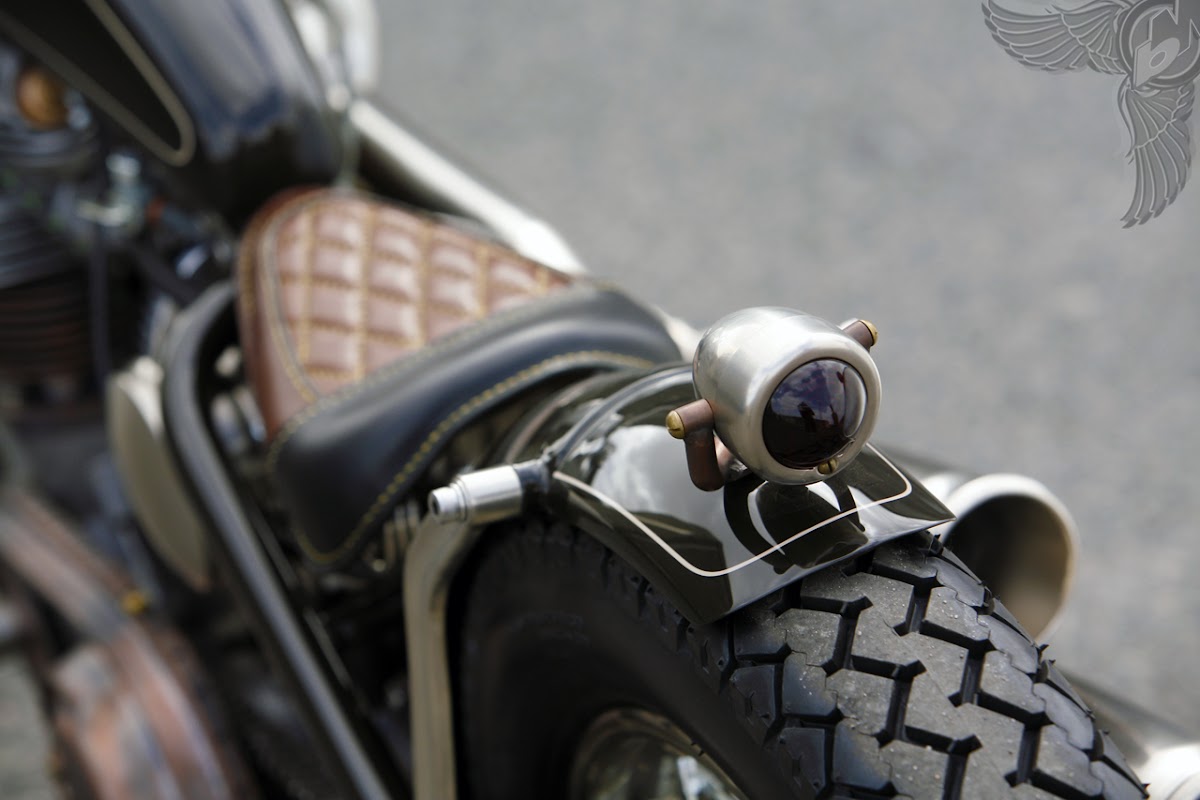 the next bike daniel sent is the so-cal shadow built by fernando galán from argentina. it’s a honda vt600 motor in a southern california-styled chopper without the impractical 120-inch so-cal v-twin motor. 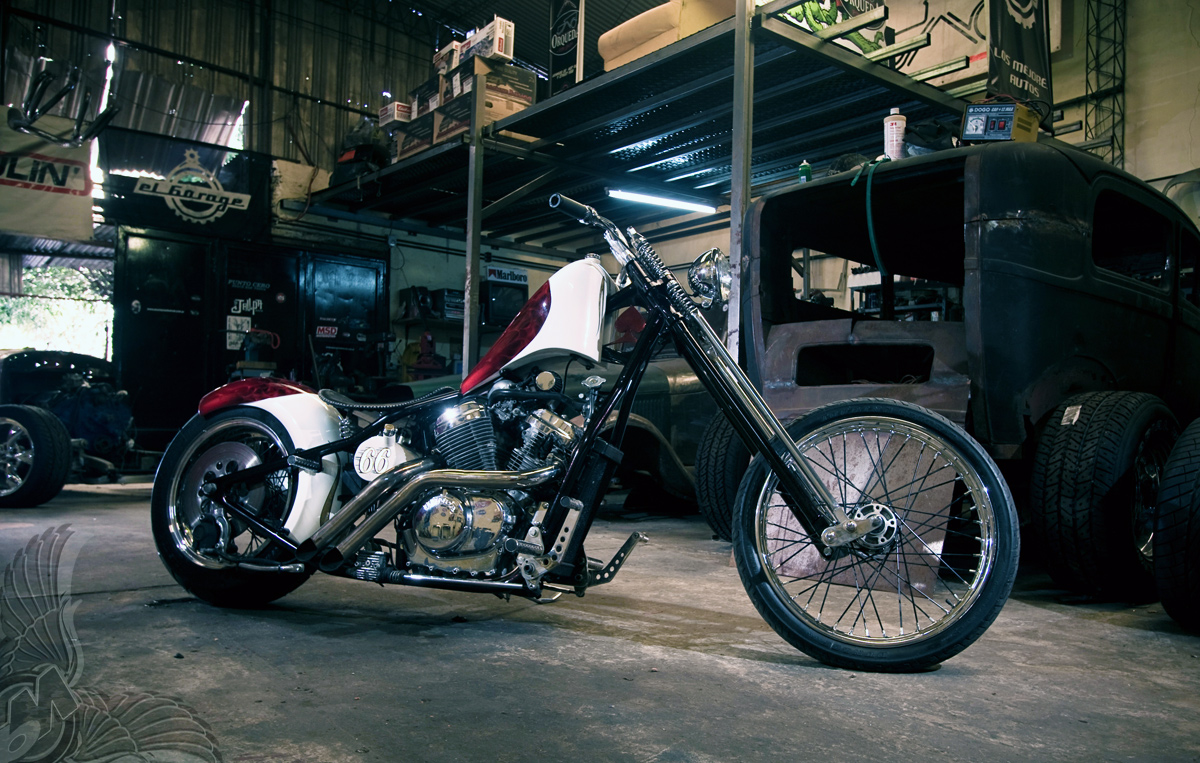 according to fernando, building a custom chopper in argentina is an incredibly difficult and expensive process. to create this honage to the so-cal styled chopper, this 1993 honda shadow 600 needed a lot of one-off fabrication due to the fact that getting parts and pieces for a custom motorbike in argentina is an international effort because the country’s shops carry little more than windshields and saddlebags. 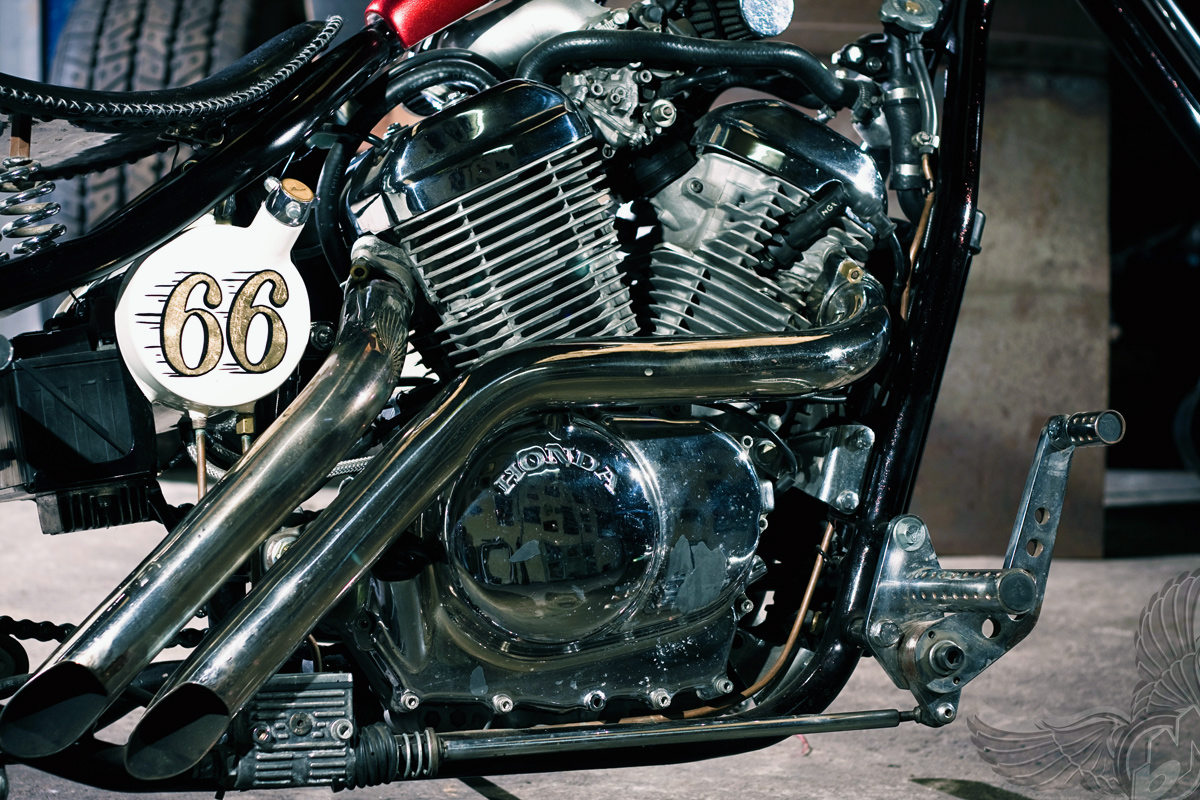 for what wasn’t hand made by fernando and his associates, elements were purchased from resellers of harley parts. the wheels, springer front end and headlight were all ordered and modified to a tall so-cal-styled rigid frame. the so-cal shadow’s paint included flames and gold leaf work to carry the southern cali theme without over-doing it. 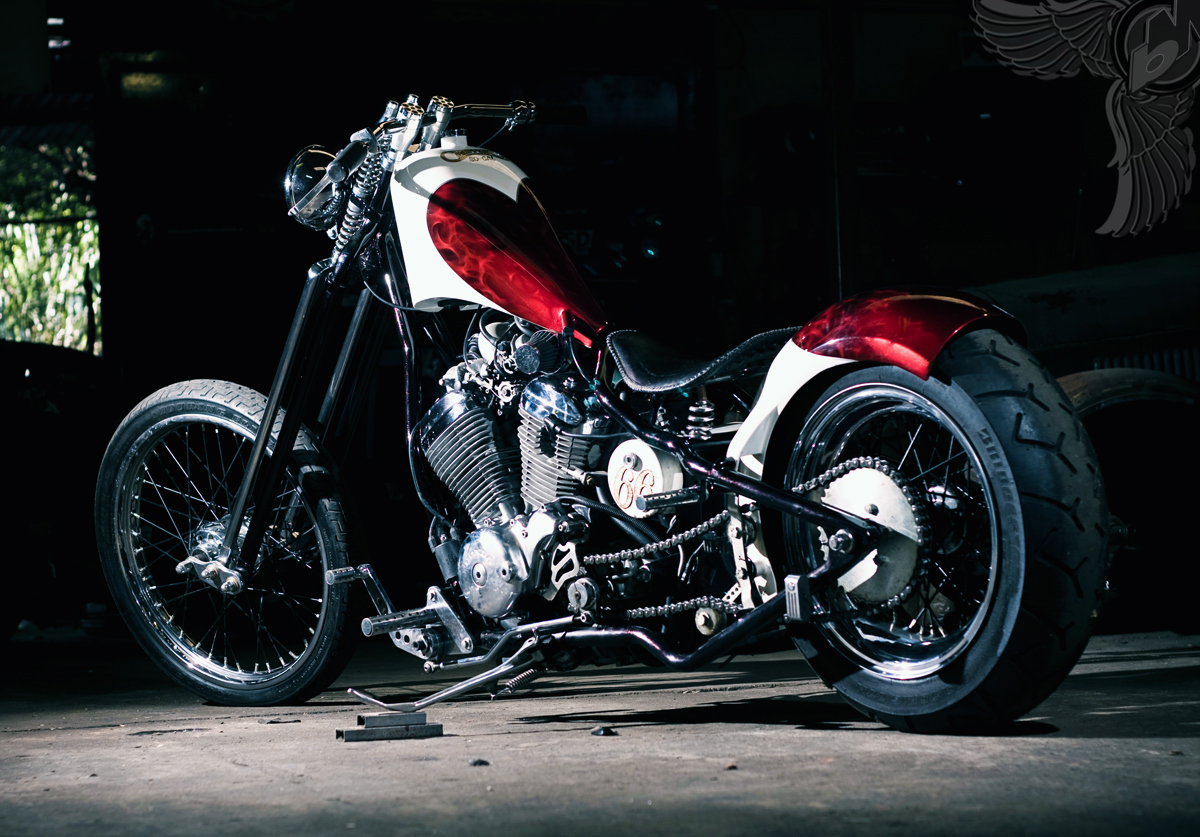 in the end, fernando put together a solid representation of a popular style while proving that even a small honda vee can be utilized to imitate a culture which generally uses much larger motors.

or whatever bulls**t you want to believe. it’s not easy to pull off this style with a bike that needs a radiator. the so-cal shadow is a very nice little honda chop. 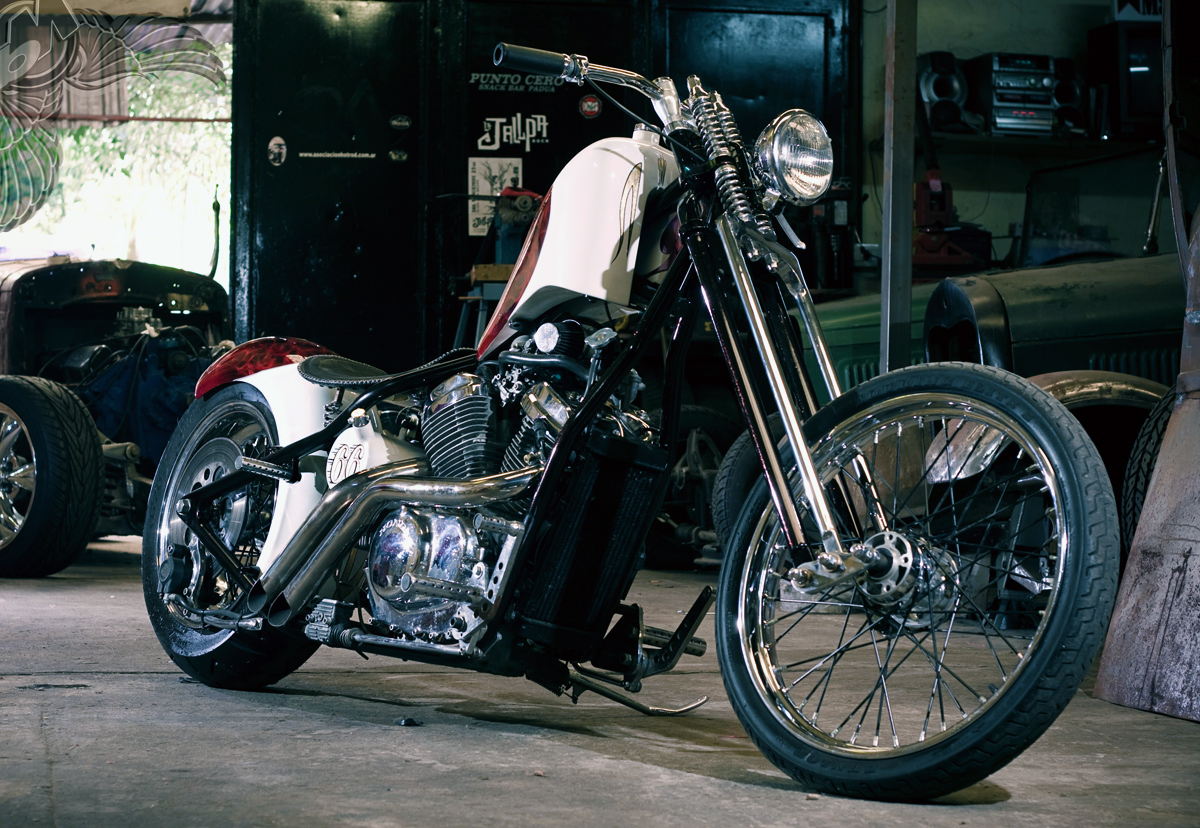 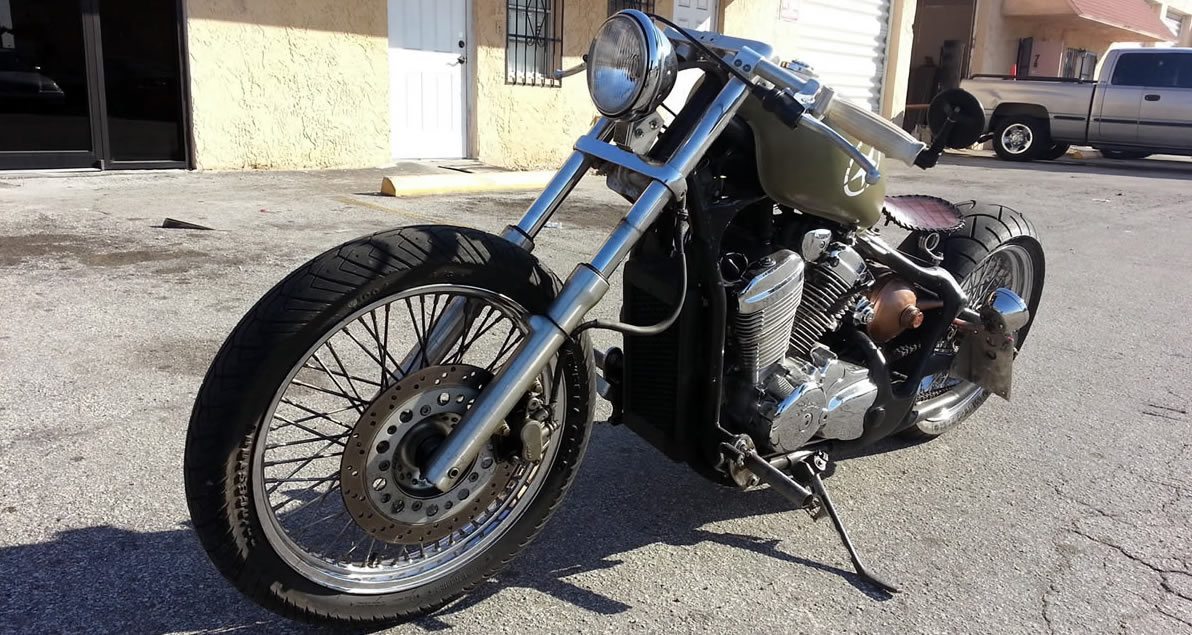