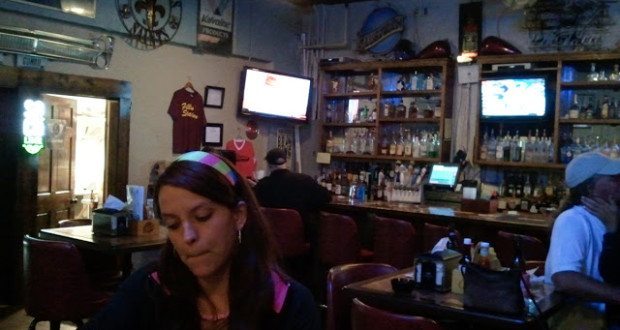 all right mofos, i promised the tale of the scariest strip club i’ve ever wandered into.

as you are aware, the the bikerMetric Pimp & Ho Tour #1 took a trip through the south. the days of the week mean nothing to me now, and there is such a backlog of bikes and people to contact that i simply have to write a story to get my emotional s**t together. it has little to do with motorbikes. one night about a week ago, after i tucked the ho into bed, i went out and wandered the streets of biloxi, looking for a place to have a beer, turn on the laptop, and get some stuff done.

my first destination was an hysterical illustration of desperation. it was called the biloxi bar and grill. there is no website. there isn’t even a yelp review. it was…. how can i write this with tact and class?

the biloxi bar and grill was the biggest piece of f***ing s**t i ever foolishly let **** on me. seriously. that remark is too classy for what i experienced.

i figured by the name i’d be able to get a beer and a burger, cheap. i see as i pull into the driveway the words “gentlemens club” under the name on the placard. mis-spelled without an apostrophe. it isn’t a bar and grill? it’s a titty bar? okay. it’s mississippi. i’m down with that. “i’m gonna get a great burger surrounded by bare boobies,” i thought. sweet.

my first clue that this would be a sour experience was the “doorman,” “jeff.” he was high on something i have either given up or practice knocking the teeth out of those who partake. i wisely left my laptop in the automobile, had my knife in my pocket, and said, “i’m looking for a place to get online, get some work done, and have a few beers. do you have wifi i can log onto?” he said he did. i went to the auto and retrieved my laptop. walking after him into the club, i noticed under the black light that his shirt was pretty f***ed up, as if he liked ***** all over himself. my sense of adventure spurred me on, crushing my sense of street smarts which screamed “get the f**k out now!” he tried to flatter me by saying he wouldn’t card me because i was obviously older than 21 and then he pointed to a sign:

whatever. i know i’m down at least ten bucks walking into any boobie bar as i look around to see ten girls and one old man sipping a beer at the bar. i agree to the terms, he points me to the bartender and walks away. i order a miller, giver her ten bucks, and get no change. i find a place at the bar that suits me, where i can see everyone enter and leave, with my back safe from my vantage point. i pull out another buck to leave as a tip and set up the laptop on the bar.

within 30 seconds one of the white chicks comes up to me. her name is “dallas.” i’m sure i groaned when she told me. she was cross-eyed, had huge ****, couldn’t do a stomach crunch to save her life, and asked me why i’d bring a computer to a strip club. i told her i was visiting, that i take risks, am a big and important motorcycle writer, and i’ve got s**t to do. she doesn’t get the hint and keeps talking, remarking that being surrounded by beautiful women is probably a distraction.

as i was trying to figure out which eye to look at when she was speaking to me, the other customer got up to leave and her body involuntarily shook as if the drugs were suddenly taking effect. it would have been okay because her **** were kaleidoscopic as i was feeling a contact high but f**k, she was stupid, i wanted to work, and not be dragged into banal conversation with a dummy who made me wish i had a roll of duct tape in my pocket instead of a knife. dallas was grade school drop out stupid. i cannot bore you with more details about her. ultimately i tried to log on, needed a password, asked her, then asked the bartender, then started raising my voice because they all acted like they had never been online before. they were all afraid to go outside to find “jeff.” i said “don’t any of you have the cell number of the manager?” and “what kind of s**thole is this?” i was getting ****** off. the bartender picked up her cell and told me, “he isn’t answering,” and walked away. i’d been patient for fifteen minutes before i started losing it and now all these b**ches were looking at me like i was crazy.

i am. but that isn’t the point.

finally, half way through my overpriced corona, surrounded by stupid w***** and junkies with stretchmarks, cross eyes, gunshot wounds, and various physical and emotional scars, i packed up my laptop, threw it over my shoulder, cursed the place, and walked out, spitting on the floor as i left with my hand in my pocket, firmly grasping the handle of my blade.

i walked to the car, circled it to be sure it hadn’t been broken into, and drove around for another 20 minutes, looking for something off the highway/beach boulevard. i didn’t want a casino, the empty spots where hotels and other buildings used to be before katrina were breaking my heart, and i wandered through neighborhoods both bad and beautiful. looking for the friendly bar where the local service workers drank, i stumbled upon the ole’ biloxi fillin’ station (spelled with an “e”). by the looks of it, the building was once a gas station. the garage doors were open and it wasn’t populated by fat tourists. spotting no gambling machines, i parked, walked in, and asked the first smiling girl if they had wifi. no, they did not. at this point, i didn’t care. i’d already wasted an hour and now work was out of the question. i was ****** for allowing myself to get ripped off at the other place, and very tersely recounted my story to my waitress, who nodded knowingly and told me that the biloxi bar and grill was under investigation by the city and police department for drugs and prostitution.

i wasn’t surprised, and i wouldn’t have cared, had “jeff” not been such a douche and taken off, knowing, i’m sure, that the wifi was private and he didn’t have the password. what did he care? i was the only sucker in the club and he made eleven bucks off a one-dollar beer. if only he could replicate that kind of success ten times a night.

you want pictures? i have one half-a*sed photo of the kind waitress at the ole’ fillin’ station, the very kind patrice: 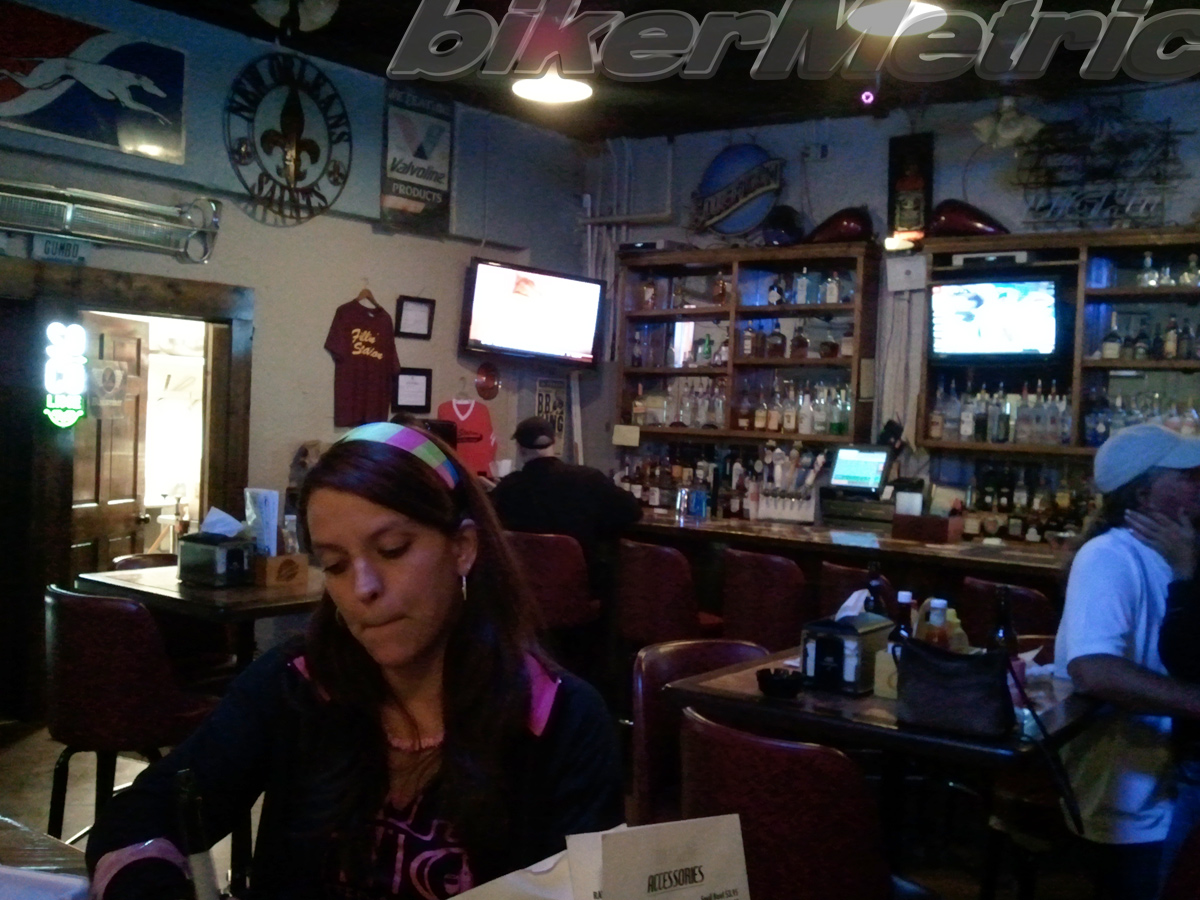 after a couple of minutes to calm down, i ordered some very tasty seared tuna and the pints of beer were only $1.50. we talked quite a lot and i ended up relaxing and having a good time. next time i visit biloxi, i will be sure to pop into the fillin’ station with my ho for fun and friendliness.

we left the next morning for new orleans where we spent a few days. here are some photos taken of the atchafalaya basin west of nola that is being flooded to save new orleans, baton rouge, and other cities. some folks in the sticks are getting drowned out as if they were mister spock and nola was the enterprise. 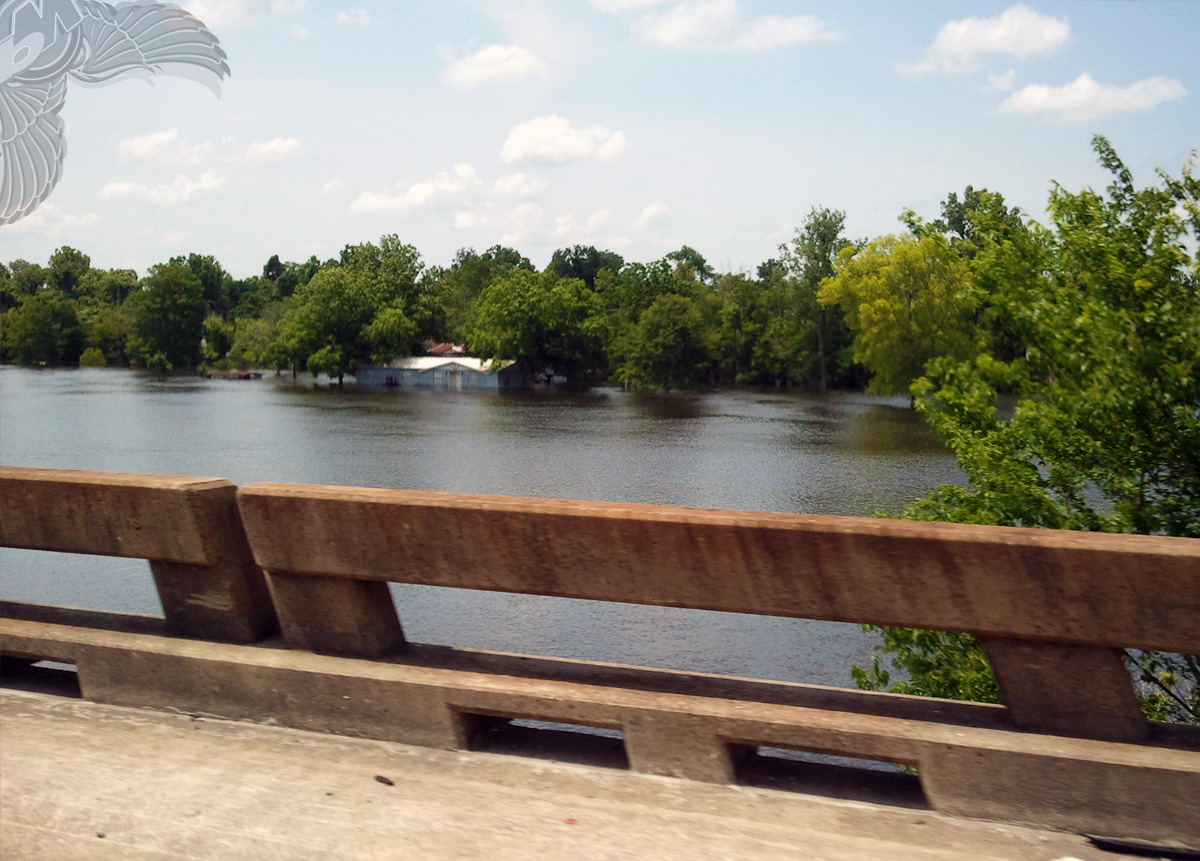 this is only one house of a few we witnessed being drowned out. in all, hundreds of homes in south central louisiana are being purposely flooded to bring water levels down in the mississippi river from a few days of maniacal storms last month in the midwest.

as we drive i choke back my sadness. katrina. bp. now this. i wonder when the pain will end for my adopted state. i pray. 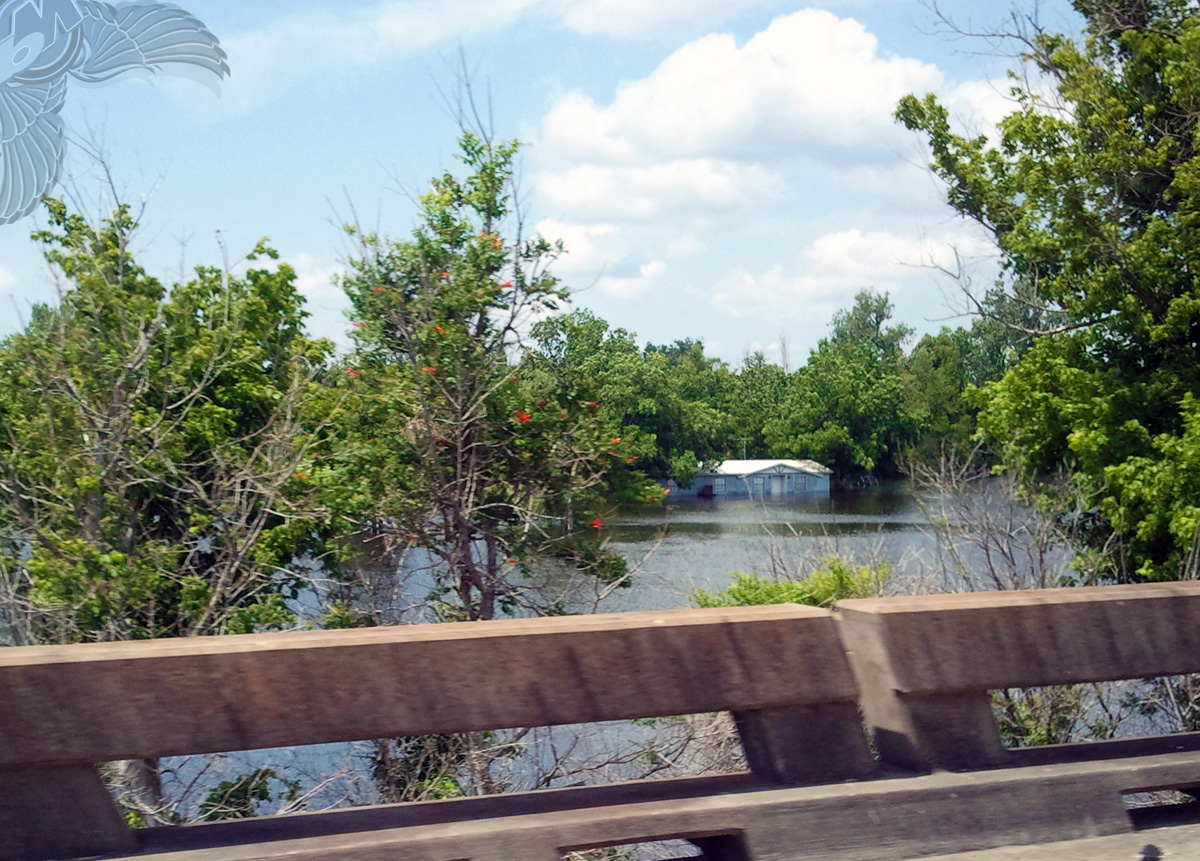 here. dig a couple more pix from the grand opening of some shop in tampa. the beer makes me forget…. 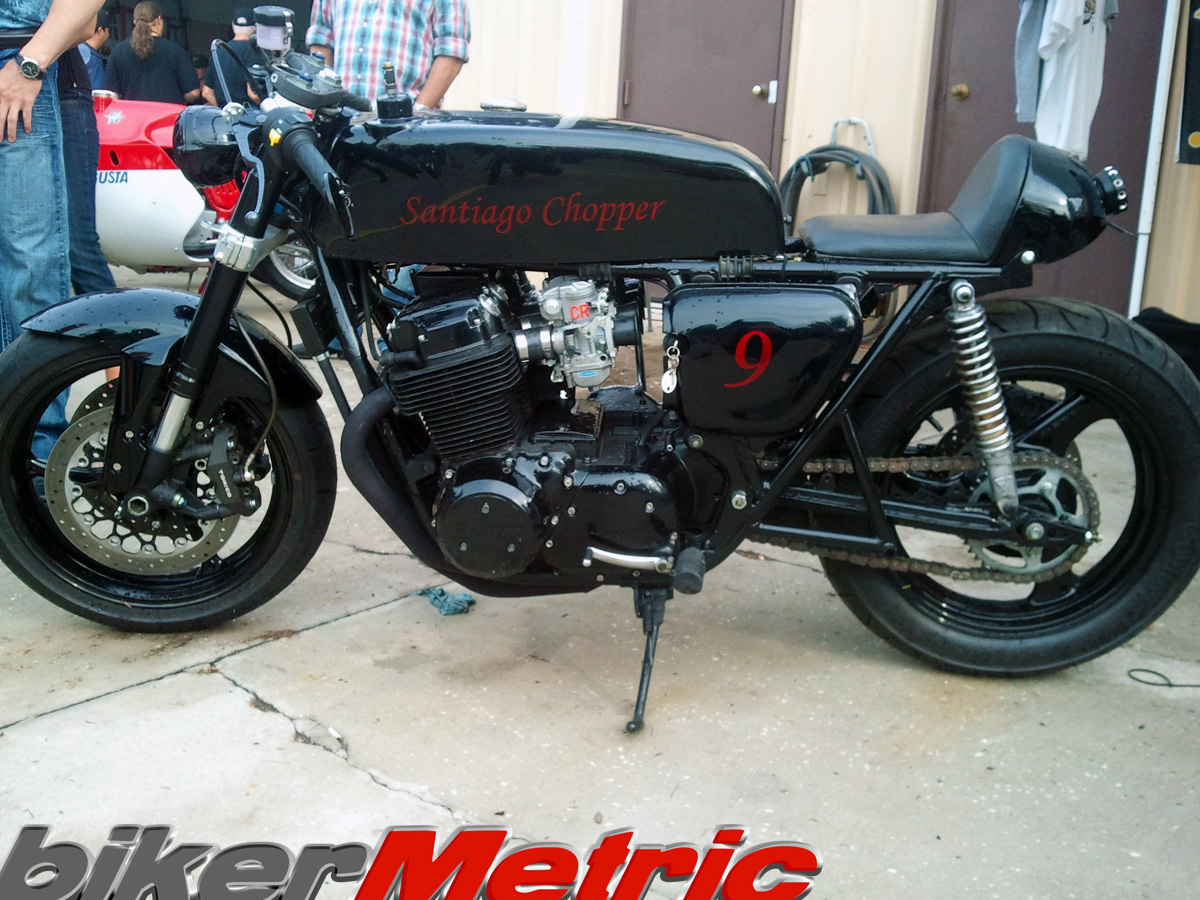 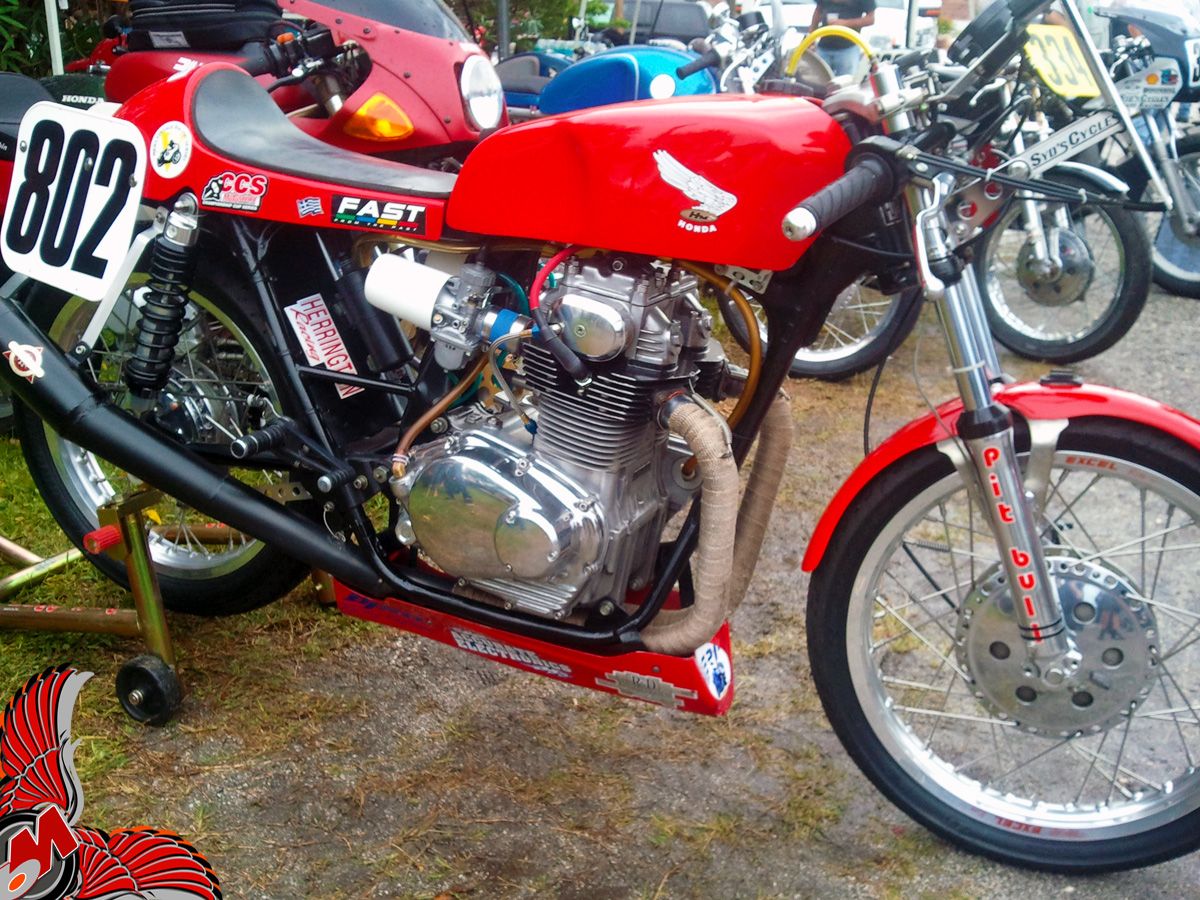 if you mofos haven’t done so already, please visit the bM flakebook page. we have over 400 members and a lot of fun. most of the posts are thrown up by garage builders. there are posts where guys are building bikes, sharing info, seeking parts, helping others, and sometimes talking like pirates. check it out and have a good time. and bring beer. 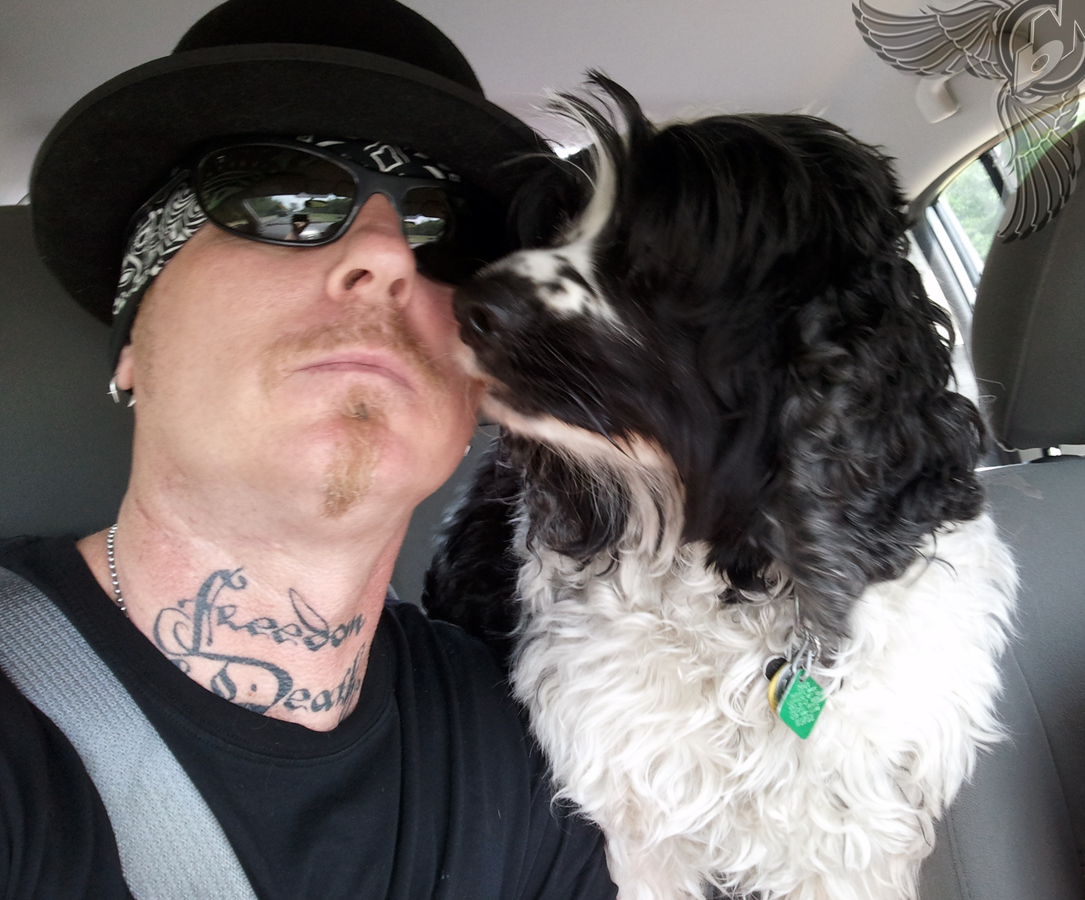