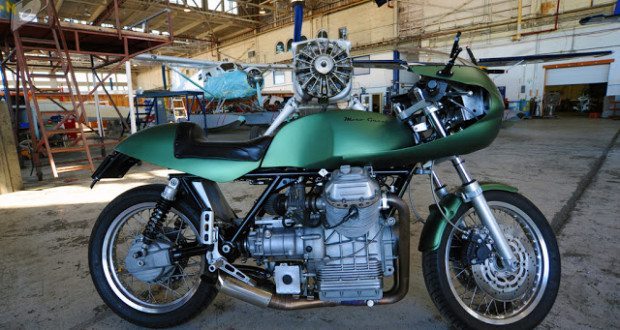 i was introduced to george dockray when he sent me a few bucks to fix my broken laptop last week. he also sent me some photos of his tasty moto guzzi cafe that i posted yesterday in friday’s post of cool stuff.

i emailed and asked for more because it looked pretty custom.

he replied and i’m going to let him tell you in his own words. the links were kindly provided by him, too, and are worth checking out. 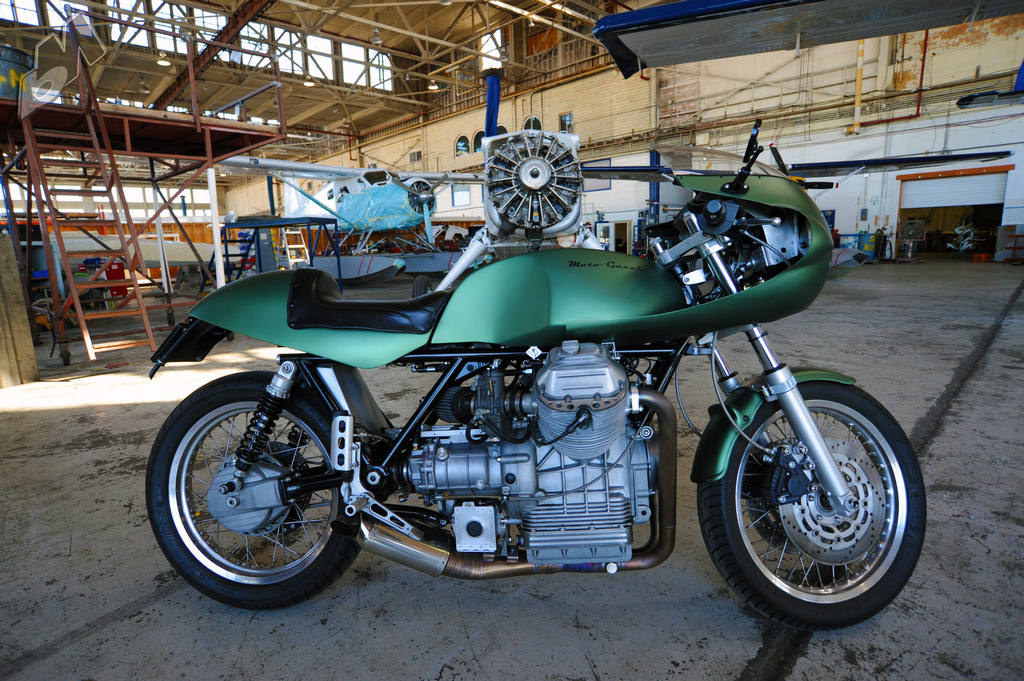 This particular Guzzi was inspired by the contenders at Cartagena, Spain in the vintage series there. I had seen various things on the web about the series and then four years ago I flew out to see for myself. Guzzi’s dominate the series, especially by a rider and builder named Manel Segarra. Suitably enthused, I decided to build a “Segarra Replica” of sorts; a heated up version of the Guzzi hot rod I already had: 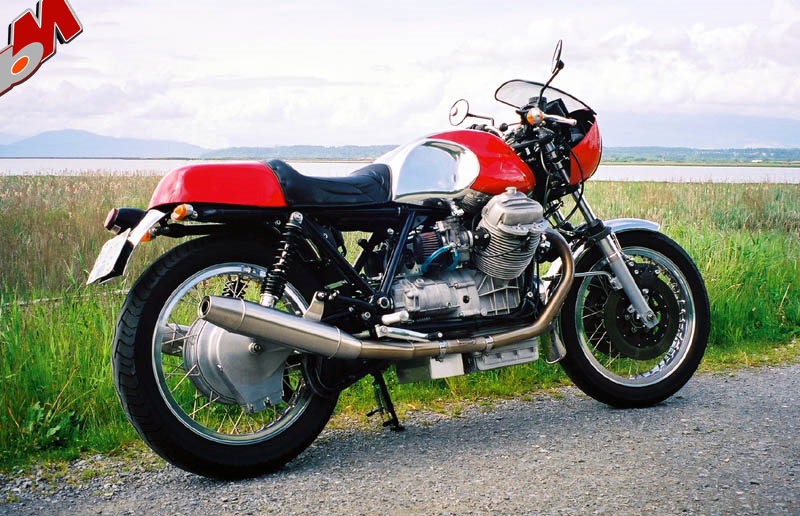 It became kind of a classic case of “what happens when you heat the garage.” The project was acquired piece by piece, built and assembled over about 2 1/2 years. The idea was to have a cafe-come-70’s-endurance-racer with some reasonable up-dates and conveniences. 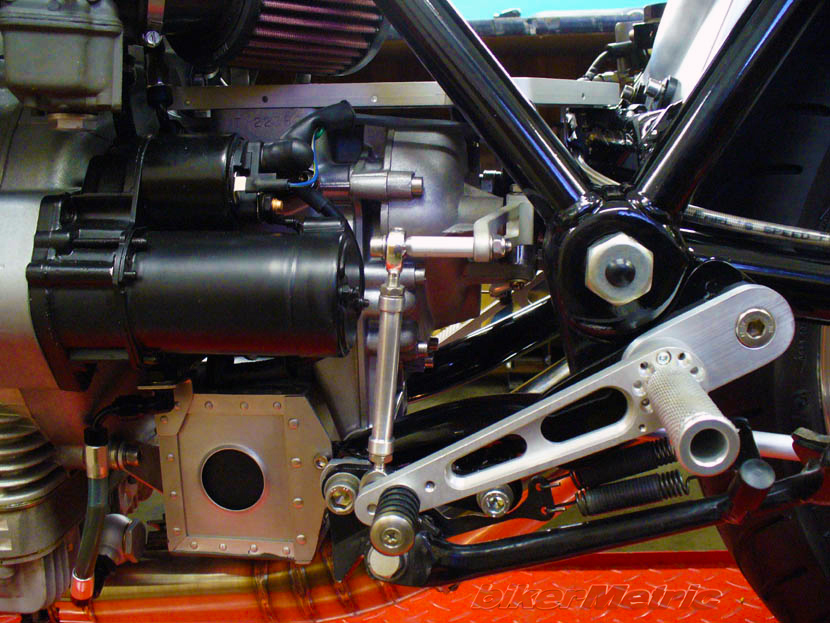 Most of the metal fabrication I did myself. 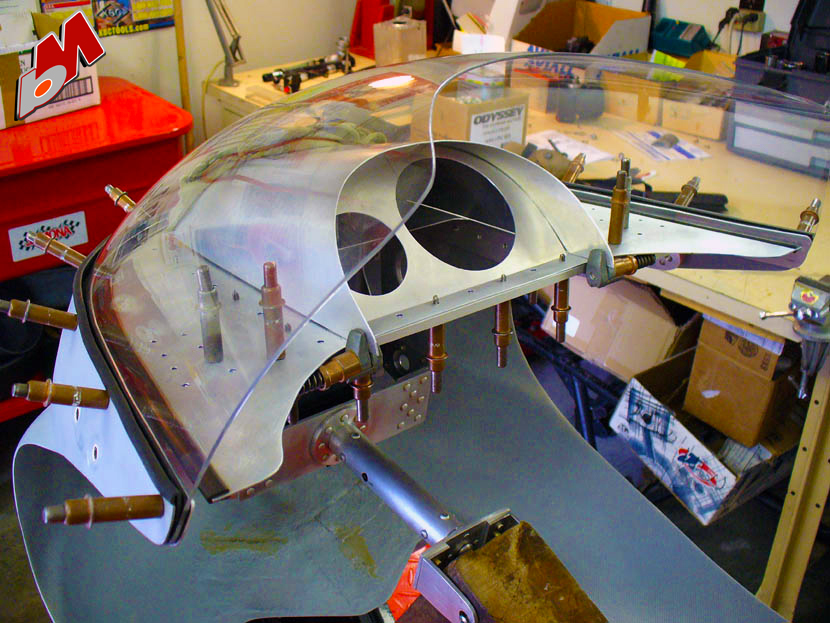 Paint, welding and fiberglass fabrication I left to others. My fabrication experience is from aircraft so that’s reflected in the way it’s built. Much of what most people would have welded, I riveted together. It generally makes a lighter structure. The electrical system was built from scratch and incorporates a Valentine 1 radar detector and “Blinder” police laser jammer. 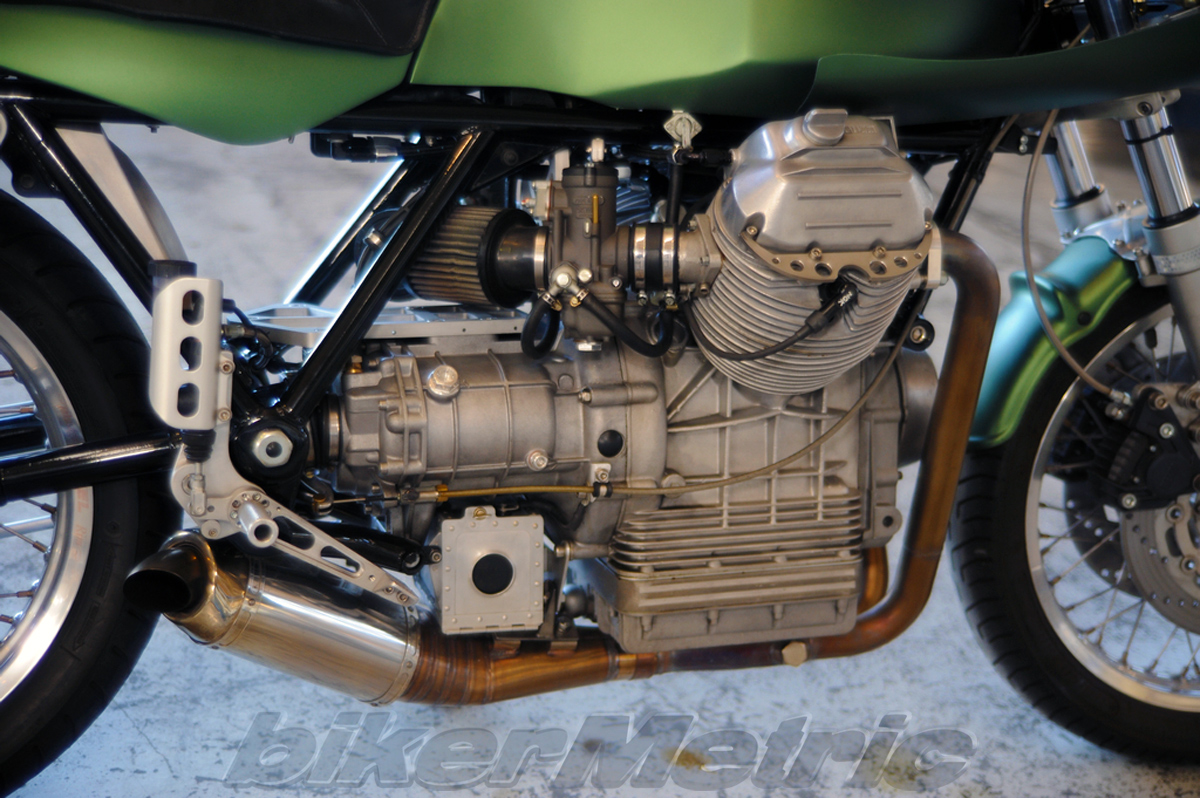 The gearbox is a stock-as-a-stove Guzzi 5-speed coupled to a 1000SP final drive both overhauled and tweaked by Charley Cole. Ignition and voltage regulator from Sachse. The horn is a 139 db Stebel, all lights except for the headlight are LED’s with Kisan headlight & taillight modulators. The shocks are from YSS racing suspensions with front forks and triple clamps from a 1995 Guzzi Sport 1100 with internals modified by Cogent Dynamics.

The steering angle was reduced from the stock 28 degrees to 25.5 degrees. Front forks and triple clamps from a ’95 Sport 1100 giving 3.94 inches (100mm) of trail. The rims are Excel & the hubs came from a ’76 T3. The machine’s tires are Dunlop AM23 “street compounds.” I got the tank & seat are “Guzzi Motobox” from Manel Segarra in Terragona, Spain and painted V11 “Tenni” green matte finish. 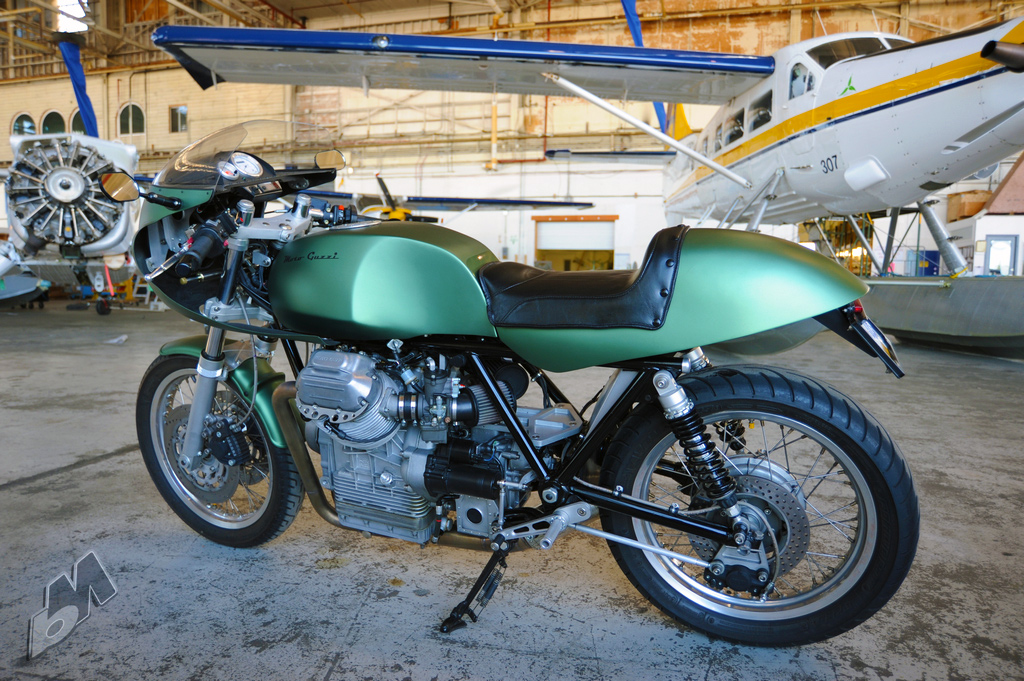 This motorcycle is a brute and there is nothing subtle about it. It’s kinda loud but in a good way, or as Tom Waits put it, “like the ghost of Gene Krupa with glass-packs.” A true hooligan machine.

without a doubt, george. thanks for sharing your beautiful build with us.

the photos of the bike were taken at the harbour air maintenance shop hangar at vancouver international airport, where mr. d used to fly one of these puddle jumpers: 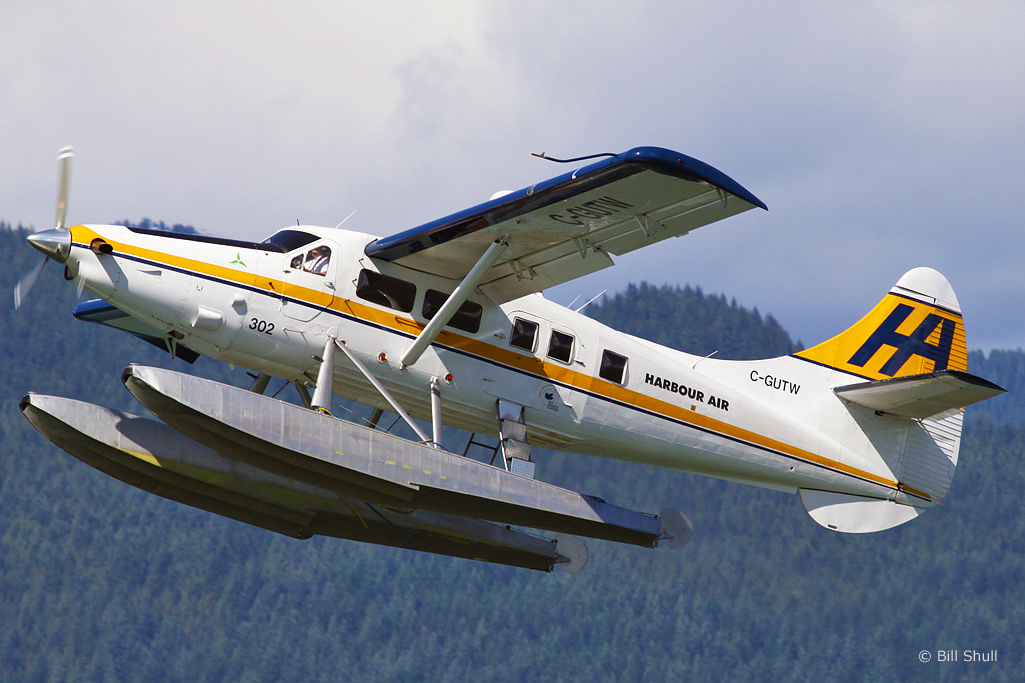 harbour helps george out every once in a while with a little aluminum and the use of their equipment. that’s very cool of them.

with that, i’ll leave you with an old photo of george on a trump he raced in atlanta in 1973: 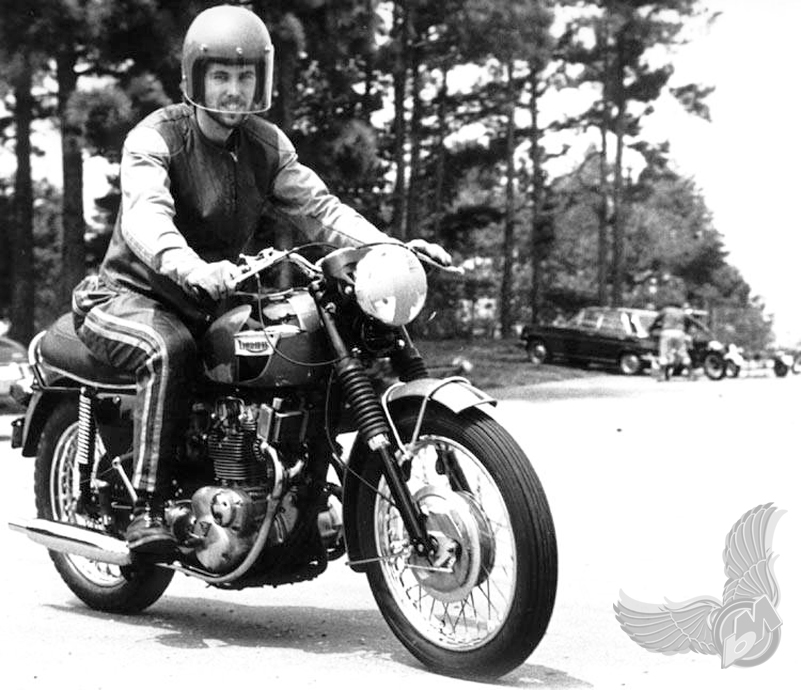