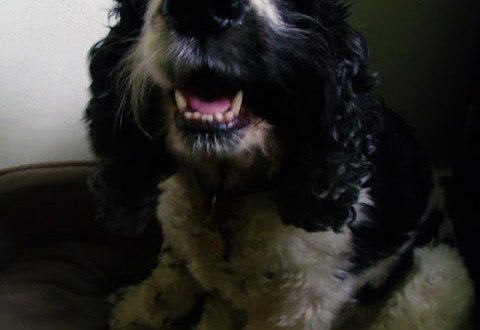 it’s been a hard week. being a blog dude of a popular-ish website that challenges the competition while creating a start-up manufacturing company is tough sh*t so please accept my apologies for the dearth of decent posts lately.

having no time to find the latest cool thing, i thought it would be best to thank those who have supported me for the past 30 months as i’ve built bikerMetric into the revolutionary mess it is today.

in no particular order of importance: 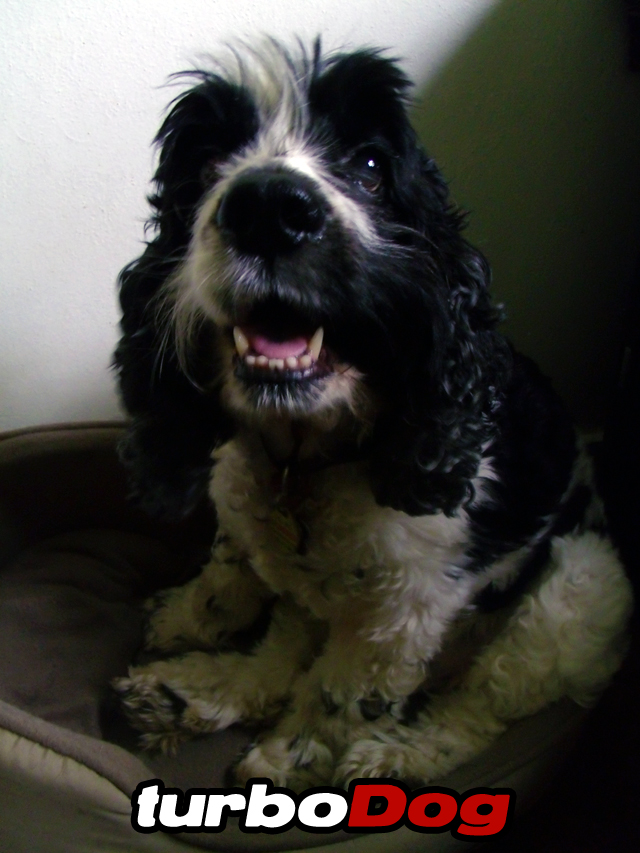 i know i missed somebody important. please comment below and begin with “f*** YOU TRENT.”

maybe i will care. one hundred dollars per hour to pretend i do.

need pet photography? my email is at the bottom of this page.

there are others who have helped. lee “swagger” for commenting when i was about to give up and now i consider him a friend. leigh the parrot, caryn the wench, tony, david, “juan,” lance and danny busch, john, agus and faiz, dave and jenn, hugh, ryan, rick and trucker, robbie, shoe, chris, “woody,” and robert (where ever you are now). thank you.

cannot forget many others for doing what they could (or saw an opportunity) and finding my low tolerance level in relation to my impatience and distrust. in the past 30 months, i smell the sh*t before the fan gets in the way. good luck to you all. suckers.

my advertisers do not count. they pay money but i have had some good ones that have been around for a year or more. thank you, too. ohm…. 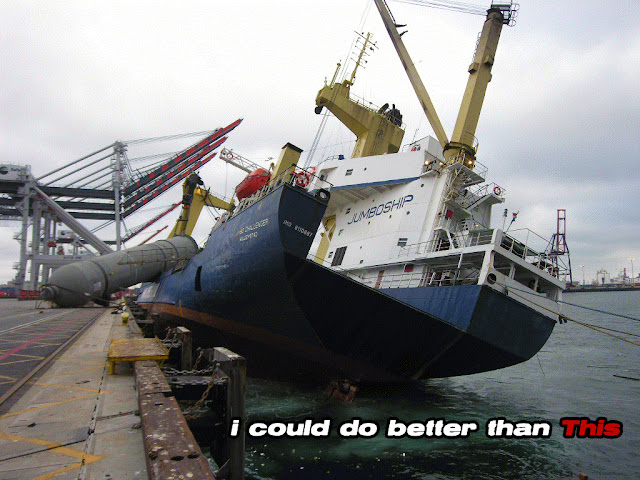 the special mention goes to my friend russ bowers. without sounding like i’ve got tears as i write this, he and his wife, kristi, are true to the bone with souls which shine brightly. their friendship has been an anchor for me to trust and keep me steady. *** bless you both.

even this guy. he’s an aussie who ordered a set of our brass pegs for this ride: 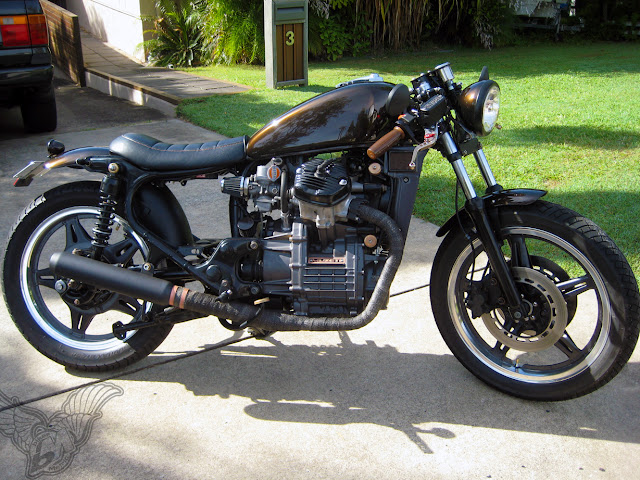 they are going to look extra sweet. can’t wait to see.

there are some readers such as kip, adam, “ole,” larry, len, eric, paul, and scott who support this place in many ways. sometimes with an email, a comment, or sending money just because. i get phone bills paid. beer or tobacco. many are involved in our pirate vessel of a wastebook page. [UPDATE 05.31.12: bM is no longer on fb – go here] many of you, too numerous to mention, make that page incredibly active. people get help there. a** cracks are posted. cool builds are shown. hope i don’t get banned again, but probably will. i think the next one will last a month.

we must find the traitor(s) and make them walk the plank!

this moment, these words, my heart beating, my mind dreaming, my breath belching…. none would be here without all of you. thank you all. because of you i sometimes drink decent beer and smile instead of yell so hard i spit all over. i’ve ony kicked one giant hole in a wall and punched another in three months. and none on the last two. the anger of multiple head injuries, skull fractures that showed me ***, and frustration largely caused by them subsides because of you.

many have told me what bikerMetric means to them. i never thought a site about “swap meet ****” would change the lives of someone who reads these pages but it has and it is humbling. this little spot of sticking it to corporate men, of dead bankers, of ****** revolution, and custom metric motorbikes inspires folks.

stupid motorcycles. i ought to be living off some w**** as i drink mad dog and pound poetry into a
typewriter about the hebrew letter tau, alcohol, new orleans, and the end of the world. 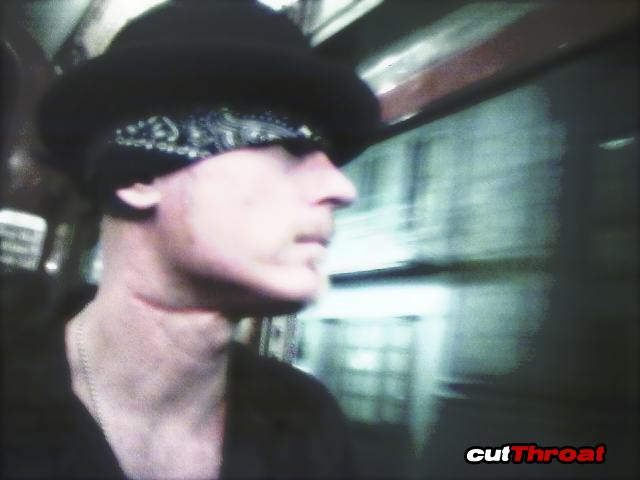 now that the love fest is over, it has been determined that i am not really an a**hole. i’m a cut-throat motherf***er. watch out those of you who say or write something to me and then “change your mind,” which is most often a lie.

on with the latest **** deck swabbers in need of a pat on the back before being made to make more rope and sew holes in our sails lest we be unable to quickly extricate ourselves from the corporate bureaucracy and thieves seeking to choke us to death. the wind is ubiquitous on these metric seas. we be a pirate ship, after all! sail!

without further apu, we have new suckers who think what is happening here is worth concerning themselves with. they accept the rich should pay the same taxes as we do or die. they agree that politicians are corporate w*****. they empathize with my struggle to make a living telling the truth.

i will do my best to insult them all as the gauntlet to bM admission runs through a strange and proud moment where we find who can take it, and who cannot.

some may be left naked, drunk, and wandering a strange place.

for the rest of you…. 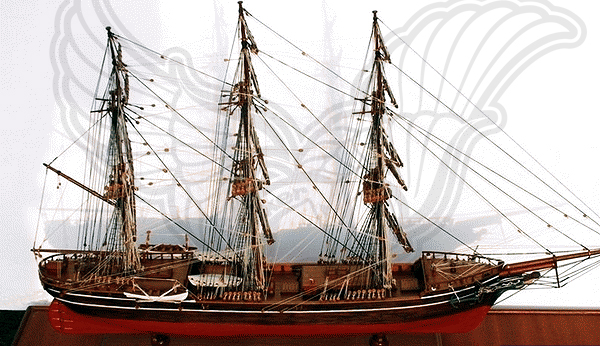 tik (aka frank) signed up to “follow” the metric madness and seems to like bicycles. put a motor on one and email me pix, ****. now where is my beer?

as much as i’d like to mess with 3Signo, i cannot. it isn’t this link: derechoalaverno. it’s this one: modelnavalsigno. arr! he makes replicas of old ships. how perfect is that? he has a blog for motorbikes and one for miniature replicas of old sailing ships of his own making. thanks for coming around our privateering pages.

known random is a troublemaker. his name is a non-sequitur. that, or he likes donald rumsfeld quotes. maybe it has something to do with quantum physics. so, welcome back, mister military-industrial complex spy to the rusty tractor in the sky. now fetch me a proper wench! 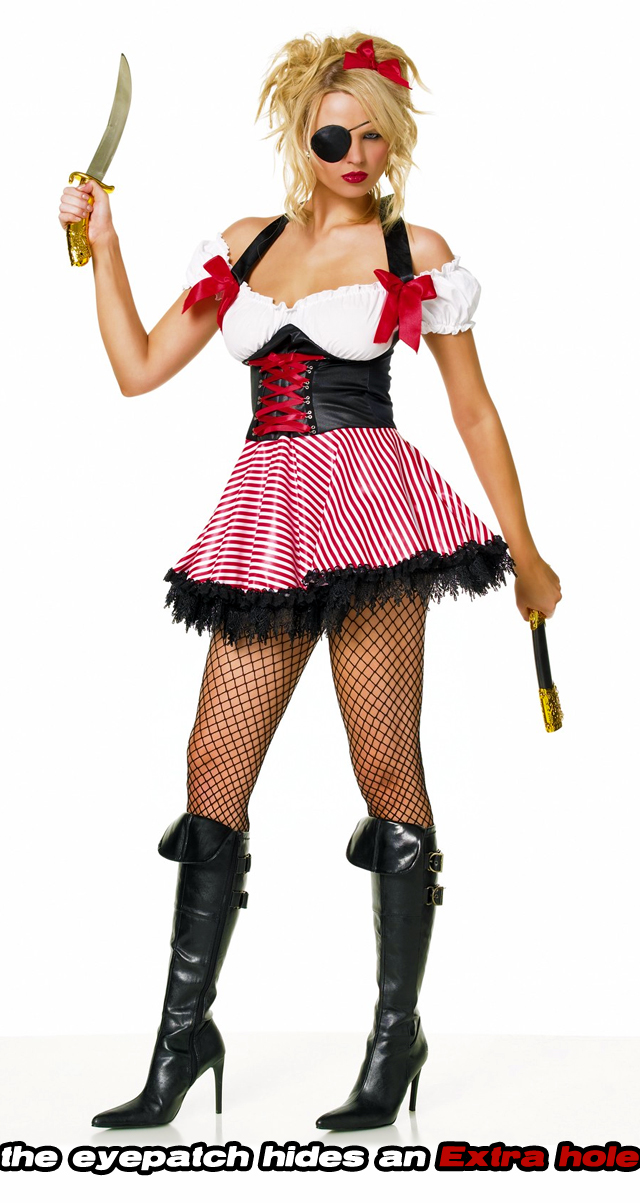 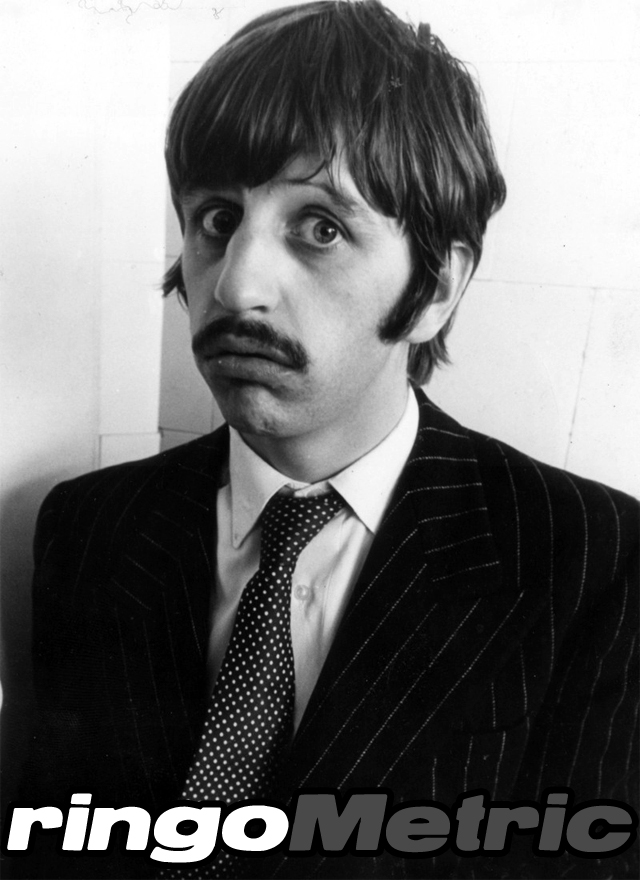 Takeyoshi is a japanese student studying in the usa who digs cars, motorcycles, fashion, design and art. well, i’m flattered as i like to think i do all those things on bikerMetric. nice also to see japan representing, even if he is in the usa. tell your friends back home, ****! and welcome to the club. now that i had my beer and wench, i’d like a sandwich. catch a shark or a tuna and gimme some steak between bread warmed in the oven of a fine wench’s ****.

for some reason when i googled “shark sandwich,” ringo came up on the first page. his facial expression is perfect as i am sure it was what mine looked like when i found him. *** bless him. what a kind soul he is.

the next sucker to think their association with this website won’t get them on a government lost, i mean list, of possible terrorists, is Cleveland Cyclewerksnyc. you’ve read the interview. this is ccw’s, um, sales and marketing man. he worked to sell me, all right.

still, my wastebook crew is on the prowl for a rat who shall walk the plank after public humiliation. 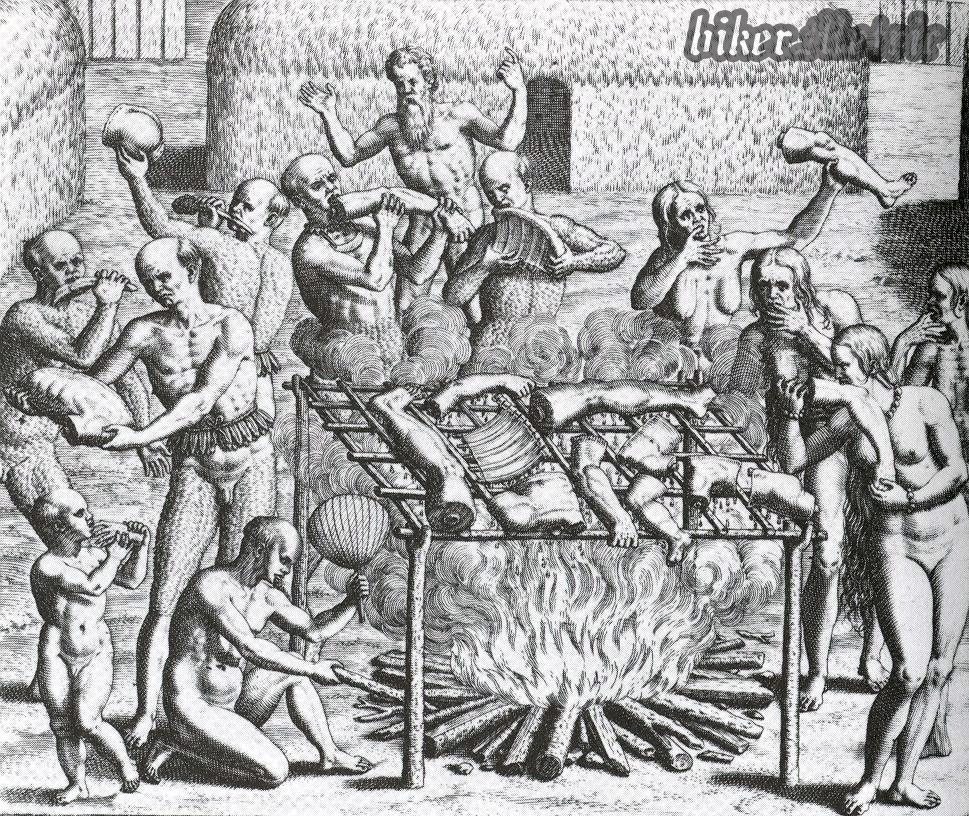 the difference between cannibalism and chopping a motorbike is?

some believe people are worthless and some believe they are worth something. ask a politician for his honest view. don’t worry, you will be lied to. time will show the truth. roger chopper is a troublemaker. avoid him at all costs. he is the man i send into a bar to hurt somebody. he’ll be looking for the guy who doesn’t drink alcohol but is selling drugs hidden in handshakes and in bathroom stalls.

what do puzzles and bikerMetric have in common? Canuck knows. check his sh*t out and dude, ride bikes. get off the kitchen table. please. we need more room for beer and dis-assembling carburetors and cranks. 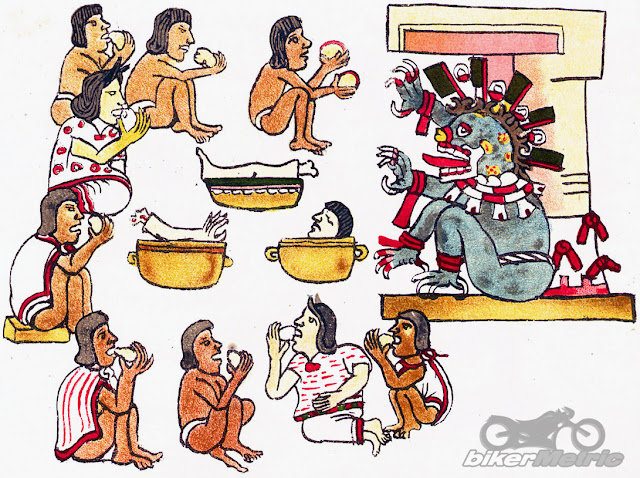 some other saps to get their emails tracked are a couple who go by the name Wrey SwifT at fashionmoto. i love the overseas cats who dig what happens here. thank you but my beer is empty. hurry!

welcome to the first of many regrettable decisions, davy hoskins. he has a blog at dystopiamachines. haven’t figured him out yet. he may be burger, a plank ******, or an able shipmate. we shall see.

SUBVERSIVA UNDERGROUND likes the stuff everybody likes. is that me now? f***. i’ll have to work harder at ******* more people off. how did i get mixed in with the trendy ones who have not had the courtesy to reply to one of my emails but re-sell the same old boring sh*t we’ve seen for years?

i do not have a yawn big enough to describe the mediocre repetitiveness of most “custom” motorcyles and those who sell parts to make them.

click this link to see the first bikerMetric parts. nobody has them, nobody makes them, and nobody thought of the innovative peg-and-sleeve design until we did. motherf***ers. companies who saw the 3d pdf files a month ago said “we’ll carry that!” have backed out now because my idea and parts are “competition” and/or they thought i could not make it happen.

what a compliment; my one idea and part is a threat. a month ago i asked about being “competition with your own parts,” and heard “we re-sell all kinds of stuff because we don’t believe the way to do business in this industry is by keeping people out.” not verbatim, but that was the gist. i was counting on his site to re-sell. now, i believe he is a liar. that sucks. i liked him, too.

watch bikerMetric products kick *** and if you want a piece of that pie, email me. look at the bottom bar of this page for it. 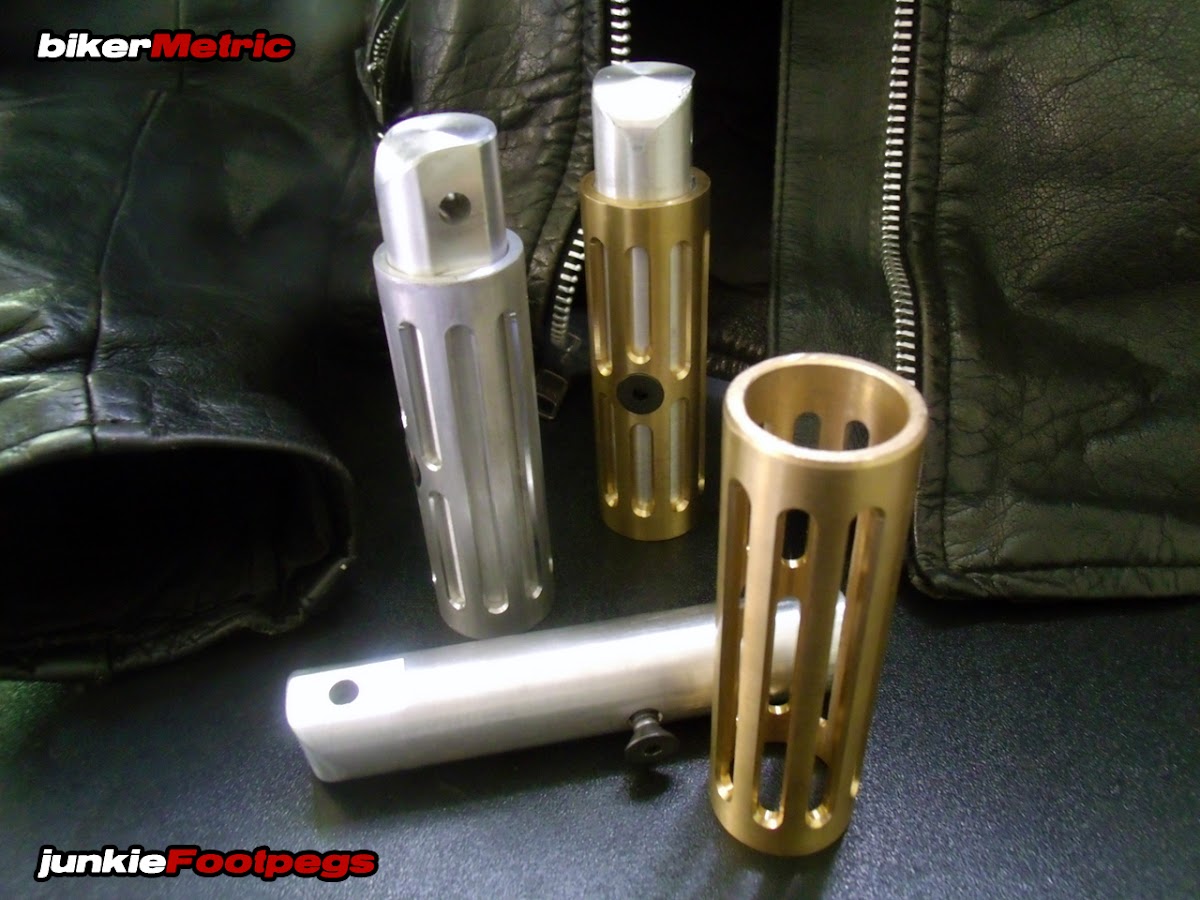 you saw the photo up there. i have had my throat cut. i was found dead. i survived. it was a motorbike mishap on the winter solstice of 1987. do not say one thing to me and do another. i have seen *** and was risen. i fear nobody and nothing.

there is a difference between “feces occurs” and bulls**t.

rant over, welcome seb. i need another beer. yes, i know i have a problem. should i stop here?