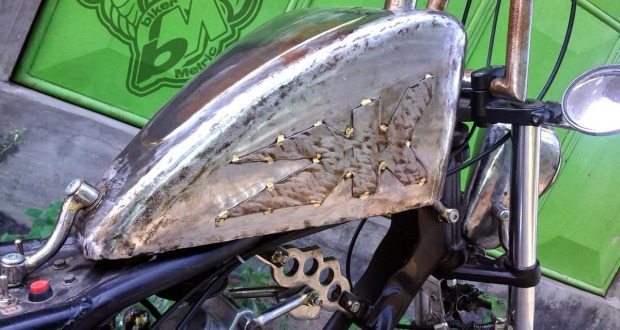 Custom bike builders are few and far between, but they are scattered all around the globe. Even more rare are the great builders. They can be spotted by the rolling pieces of art they create, and only a fellow motorcycle enthusiast can really appreciate their talent. Ariez of Kopi Kustom is one of those rare builders.

Ariez’ friend brought him a tired-looking Yamaha Scorpio 225 and, for a moderate sum of money, the builder returned the bike as a unique bobber-style ride entirely transformed from the wheels-up. The most impressive part is that the entire project was completed in only 5 months using the evenings of each day after Ariez returned home from his day job. 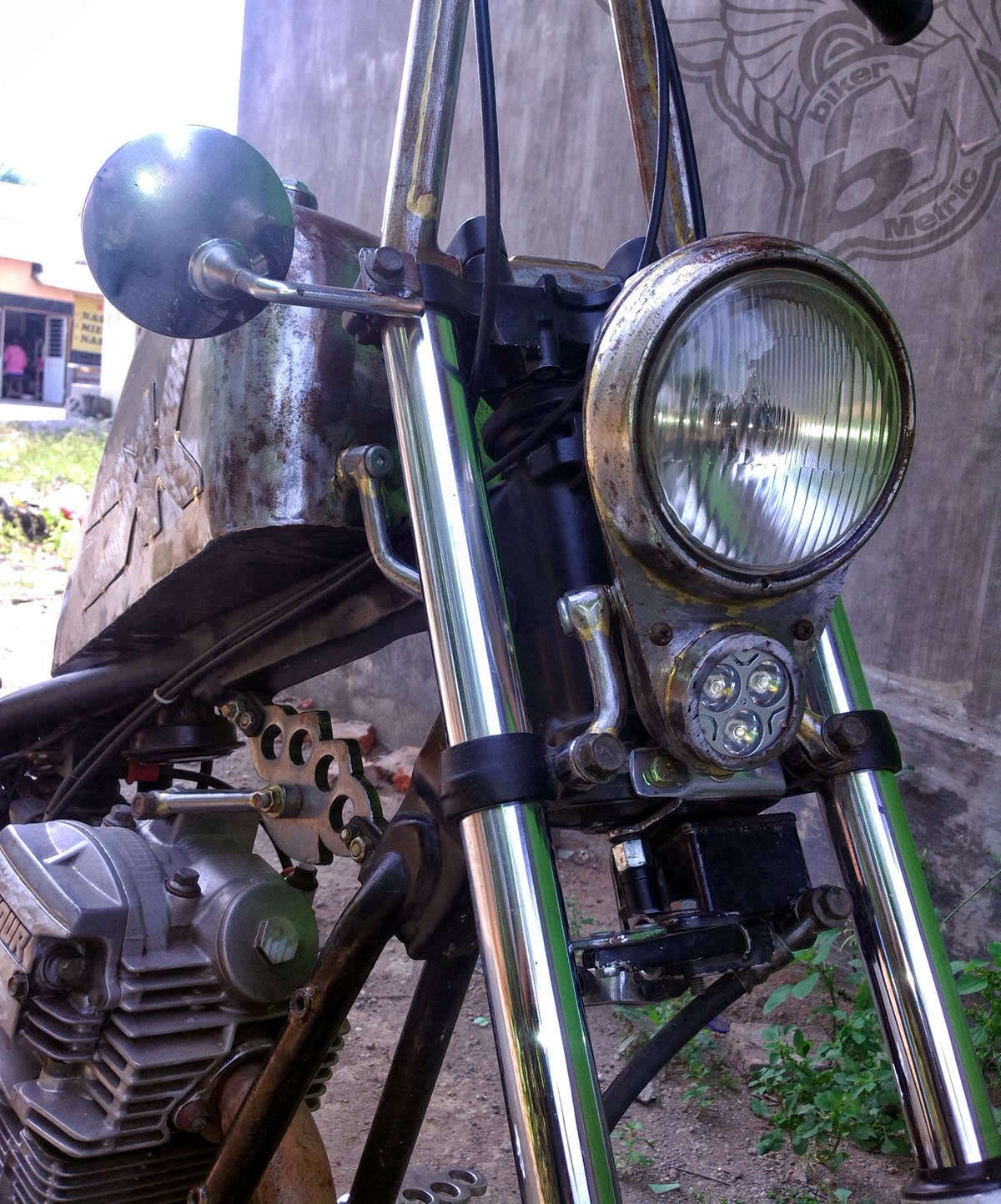 The Yamaha Scorpio arrived in stock form, which meant that the first order of business was to strip the bike down to its bare frame leaving only the engine and front fork. Now with a blank canvas Ariez modified the frame to suit the finished product he had in mind. Unnecessary tabs which held the original bodywork were cut off leaving only those that could be repurposed for the bobber, or drop-seat, build. 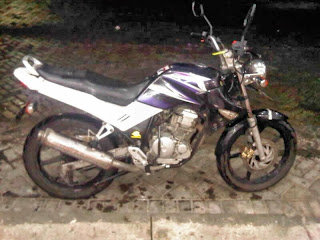 With the bike taking shape the original mono-shock swingarm was replaced with a KZ200 double-shock swingarm to reduce clutter and more easily drop the rear end. Rather than leaving the coil springs both shocks were replaced with metal rods making the Brat 225 a hardtail. The KZ’s swingarm was then stretched by 5cm to achieve a longer wheelbase which would increase the impact of the new dropped frame.

With the mockup complete and the frame ready for the detailed bites Ariez redirected the exhaust pipe to come out from under the bike’s frame, and a larger can was added for a GP-style look and an enhanced exhaust note. The front disc and rear drum brake remain unchanged as they fit the look of the build and provide adequate stopping power. The front fender was removed entirely, and a new rear fender was modified to fit the custom seat while still deflecting road gunk away from the rider and engine. 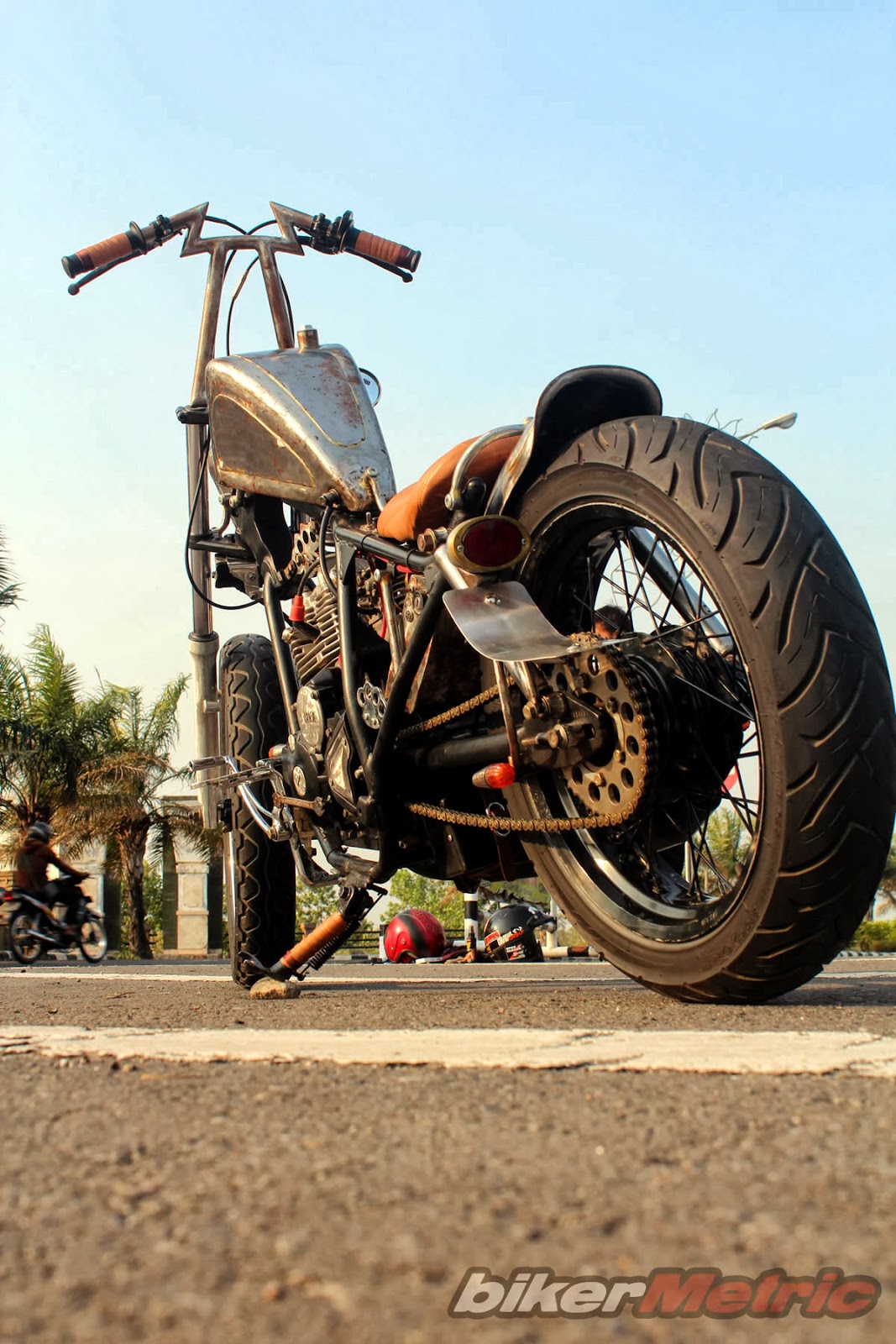 His signature KnK logo was branded on the custom fabricated battery box, gas tank and exhaust pipe by wielding a thin section of sheet metal to the metal surfaced of those three locations. The entire bike got a sprinkling of brass knuckles to keep with the bike’s hardcore theme. Fabricated brass knuckles replace the stock chunky foot pegs and are also used as the top engine mounting points. Matching the beige leather solo-seat the mirror arm was wrapped in leather, as was a single wrench on the right side of the bike which acts as a mock tool kit. 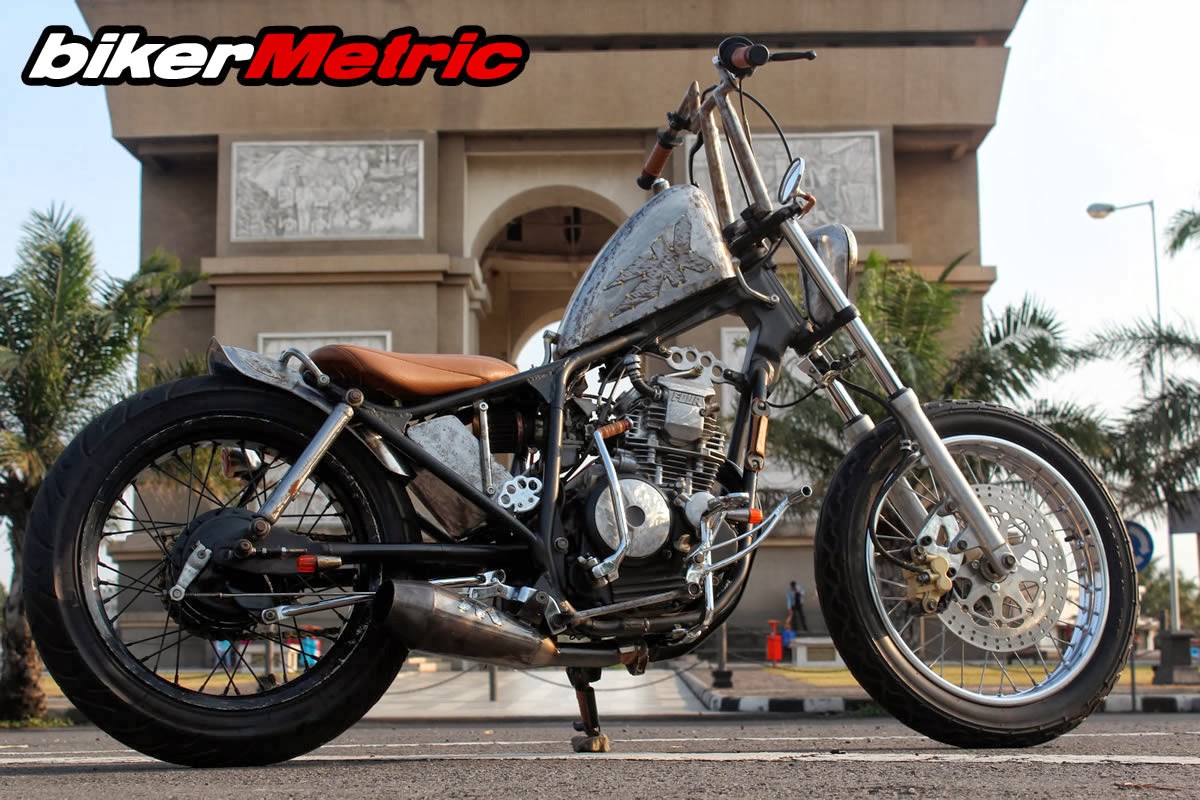 The builder’s skills extend to his electrical know-how as the key and ignition switch were relocated below the seat, and the front and rear turn signals were replaced and relocated at all four corners of the bike. A headlight lens was purchased but the housing for it was custom fabricated using a 1.2mm thick sheet (which was the material also used for the battery box and gas tank). Builder Ariez says his favorite element of the bike is the dramatic bars which he fabricated using three different thicknesses of pipe. With the thin and low structure of the bike the high bars with their eye-catching design is our favorite element too!

The Brat 225 is a budget build with significant attention to detail and awesome build quality. Its rough edges and rusted bits means this little Yamaha is more likely to be a daily rider than a trailer queen, and we love that.