tail end customs is a custom metric motorbike shop in league city, texas (outside houston) that’s been building some wicked honda and yamaha choppers and bobbers for five years.

league city is a little town in the outskirts of the megalopolis that is metro houston, half way between downtown and galveston island, and two miles south of nasa’s “houston, we have a problem,” lbj space center. i’ve ridden through that town a few times to galveston. 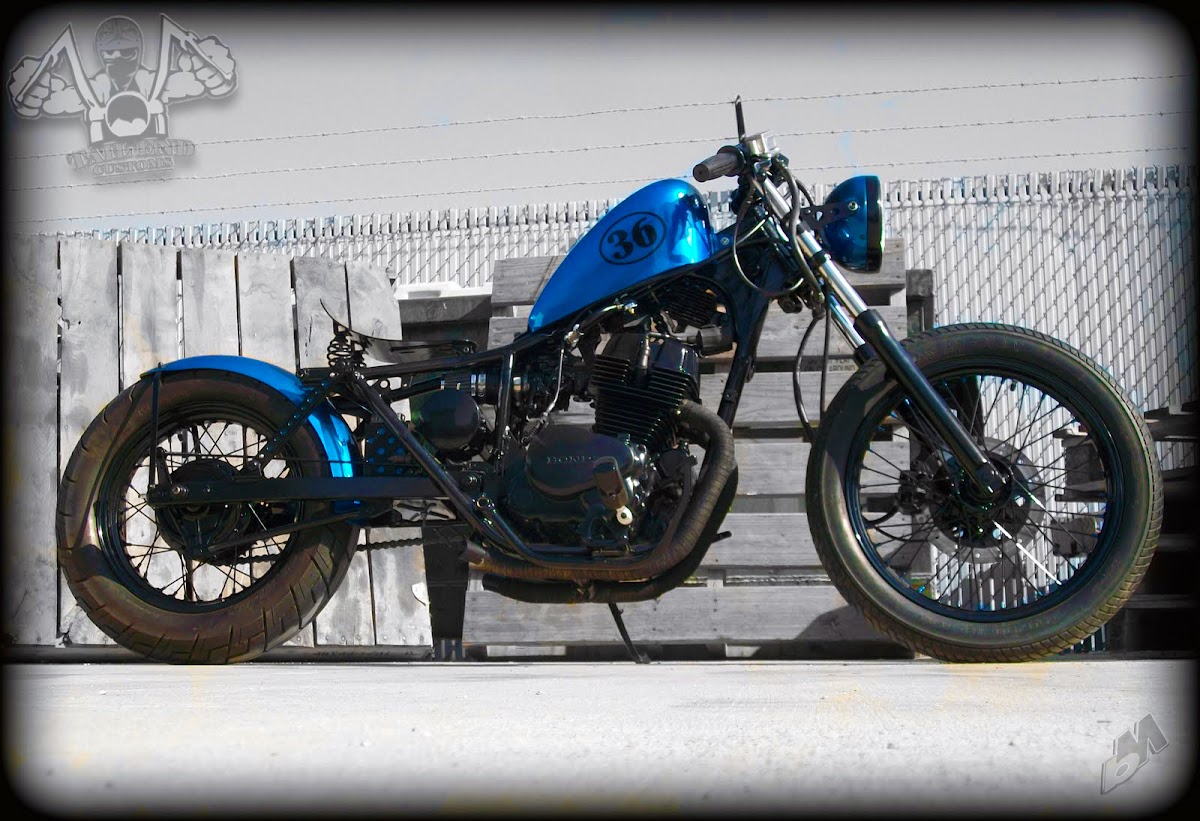 tail end was first mentioned on bikerMetric two months ago when josh signed up to follow our pirate’s den of metric mayhem. he had been a bM fb member before then.

the owner of tail end is josh bergeron and he’s been interested in motorcycles since he was a kid but had to wait until he was an adult before he could get his hands on one and start chopping. 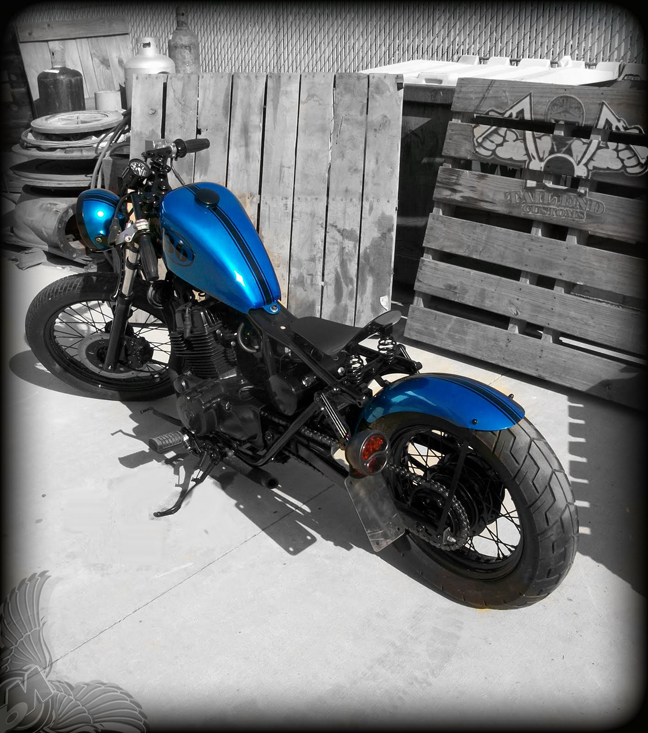 josh started modifying small pocket bikes and mini choppers, tweaking and customizing to his liking and tail end customs started from there. 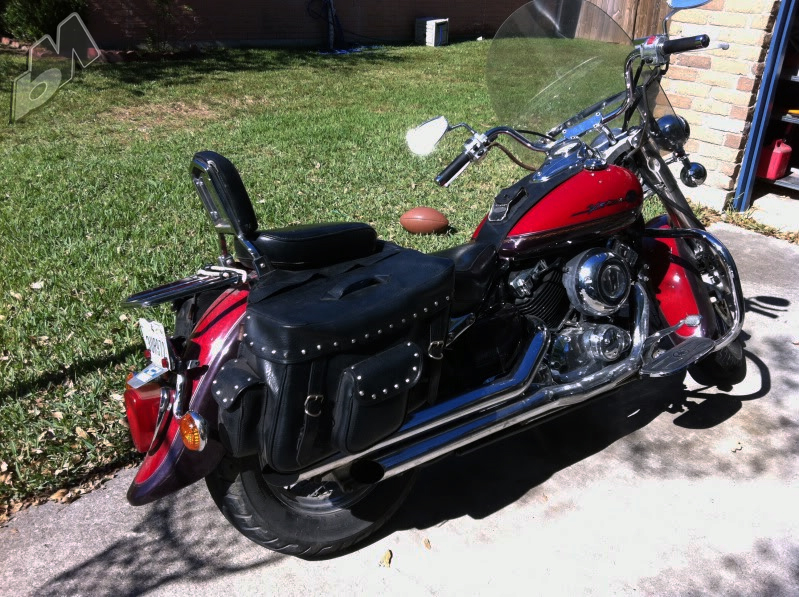 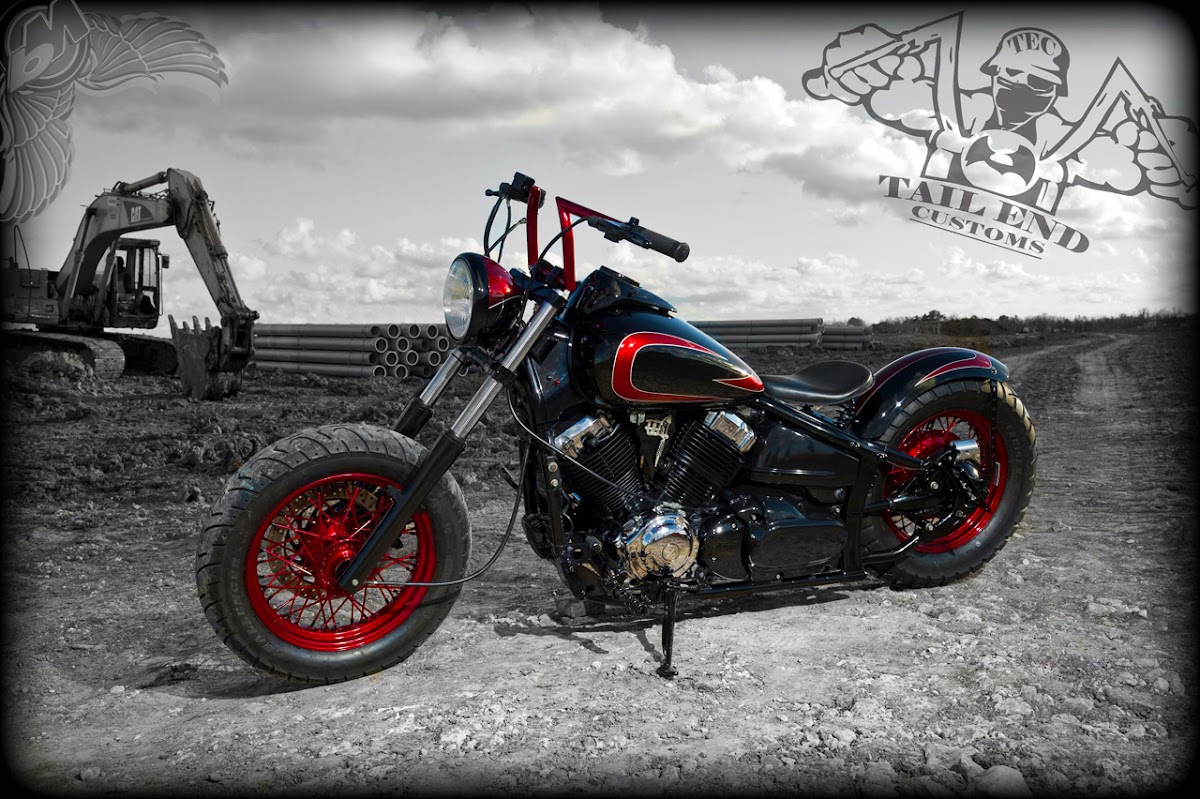 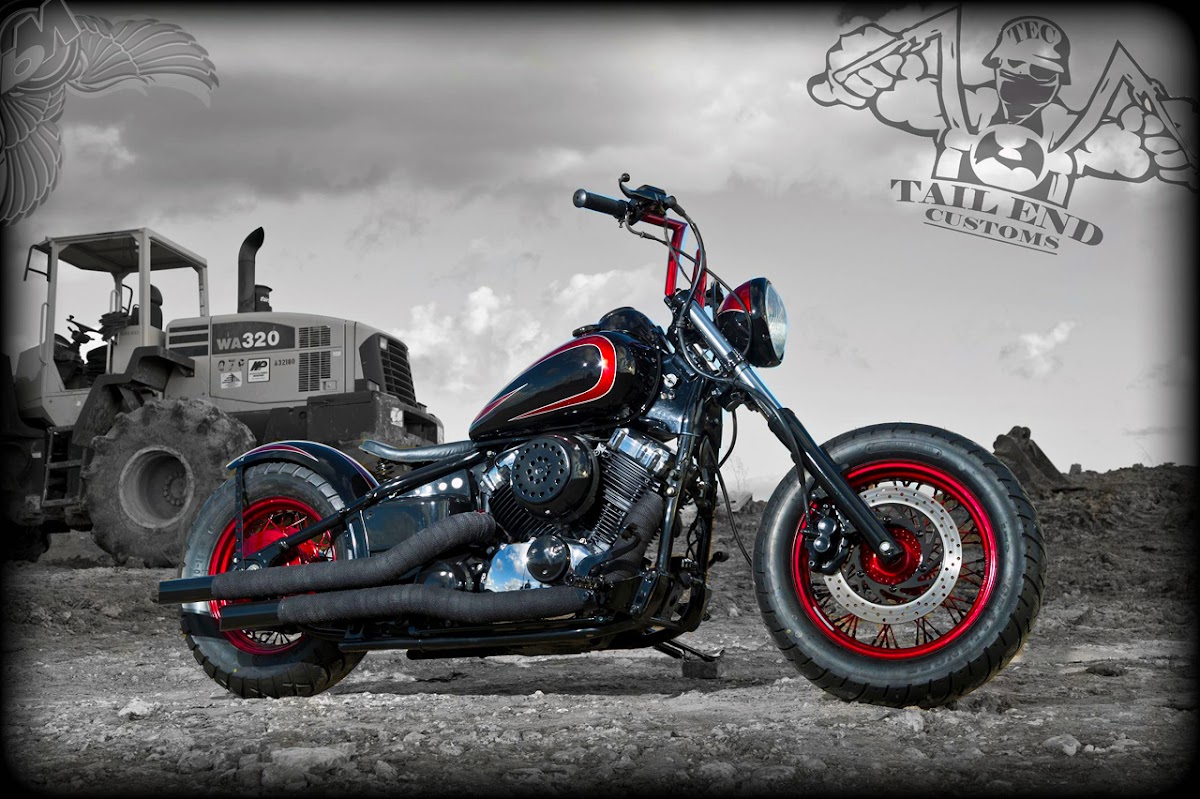 josh will tell you it’s been a lot of fun so far and he learns new things every day. he’s a pretty laid back guy who considers himself more of an observer than a talker.

then one day he was sitting back observing and thinking to himself and said, “self, wouldn’t it be cool to come up with a unique part to sell for custom bikes?”

so he created “the power piston:” 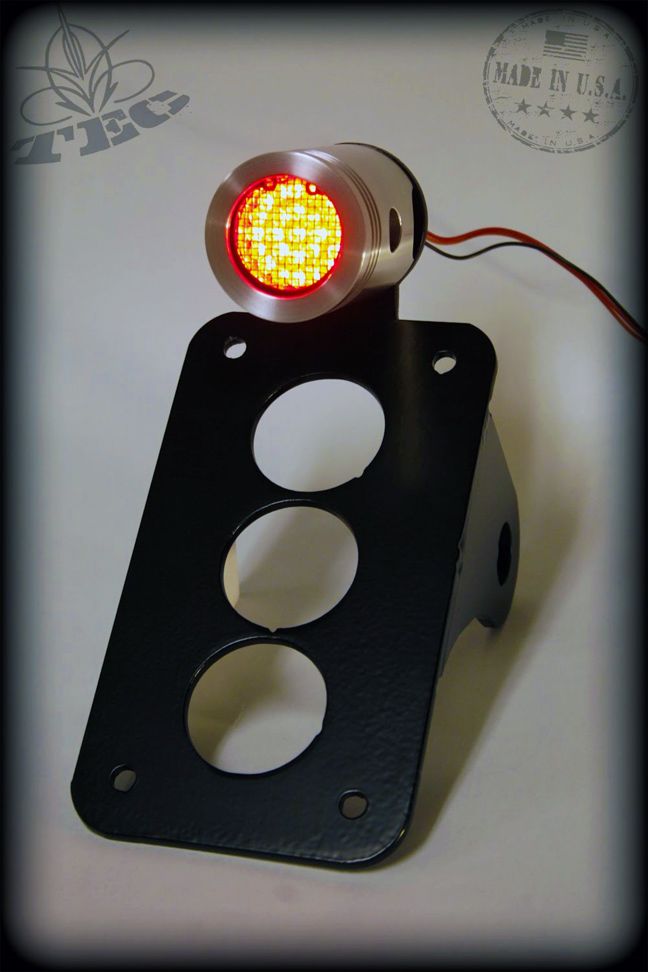 every time josh sells one of his power piston led tail light/license plate bracket assemblies, he feels “super stoked and honored.” he wanted tail end customs to manufacture and sell a product that would be a little bit old school with a little bit new school. i agree when he says he thinks he nailed it. josh calls the product “the power piston” because the tail light looks like a piston. the led light is incredibly durable and very lightweight. surely that’s something a hard-tailed bobber needs on it’s ****. 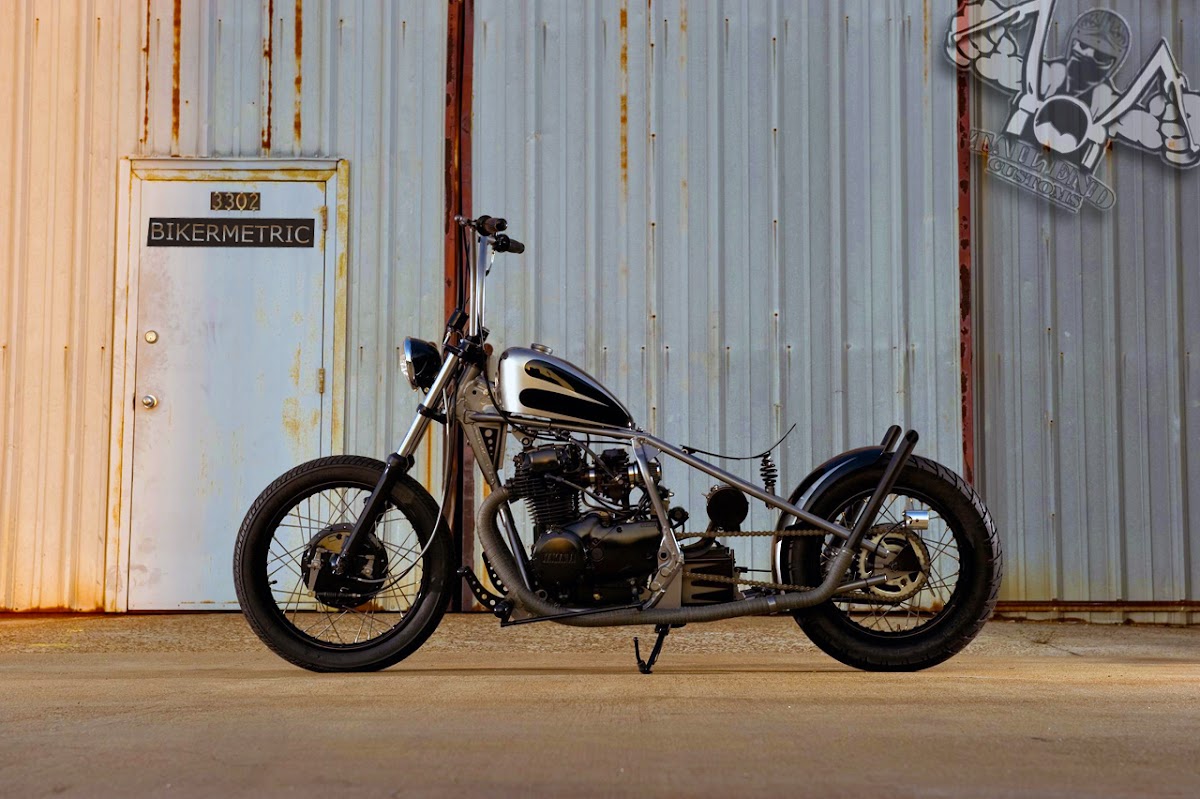 for the past year he put blood, sweat, and tears into getting his product finalized for production and is working to add more parts in the future such as tail lights, foot and shifter pegs, and more. lastly, josh takes pride in providing great customer service and quality products for all he creates, which includes bikerMetric stickers you can order here.

right on, ****. check out tail end customs, and please tell josh the metric madman from bikerMetric sent you.

you can also order his brake light and plate bracket setup for only $155 – which includes worldwide shipping – right here. 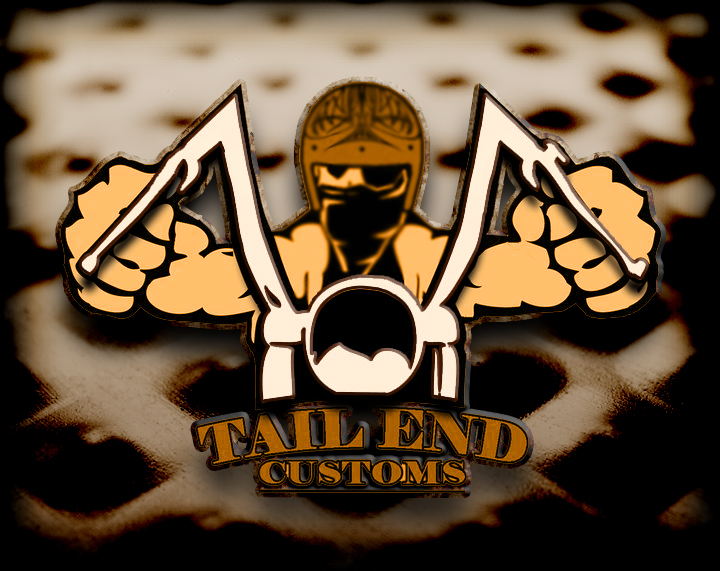