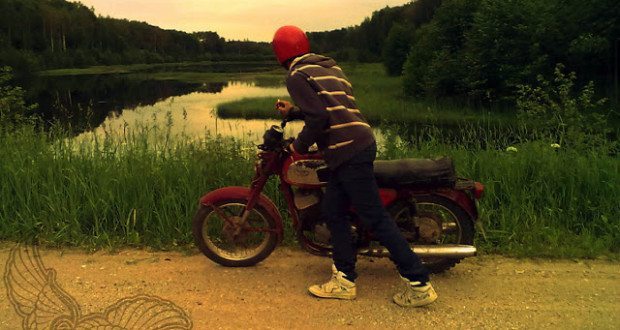 In my inbox this week was an email from Igors Martinovs in Latvia. we exchanged a few emails and I learned the story of a vintage JAWA 634 that has been with his family for generations.

Igors first emailed me inquiring about bikerMetric stickers. Well, we’re sold out, but, if you’re interested in that sort of thing you should use the contact box on the right and get in touch and if there’s enough interest I’ll get a batch printed.

I asked Igors what he rode. That’s where the story gets interesting:

“At the moment I ride oldschool/vintage JAWA 634. That bike is from my father’s childhood, and slowly I`m thinking of buying a Honda CB 500 or Honda CB 750 as a DIY cafe racer.”

I dug a little deeper and got this picture: 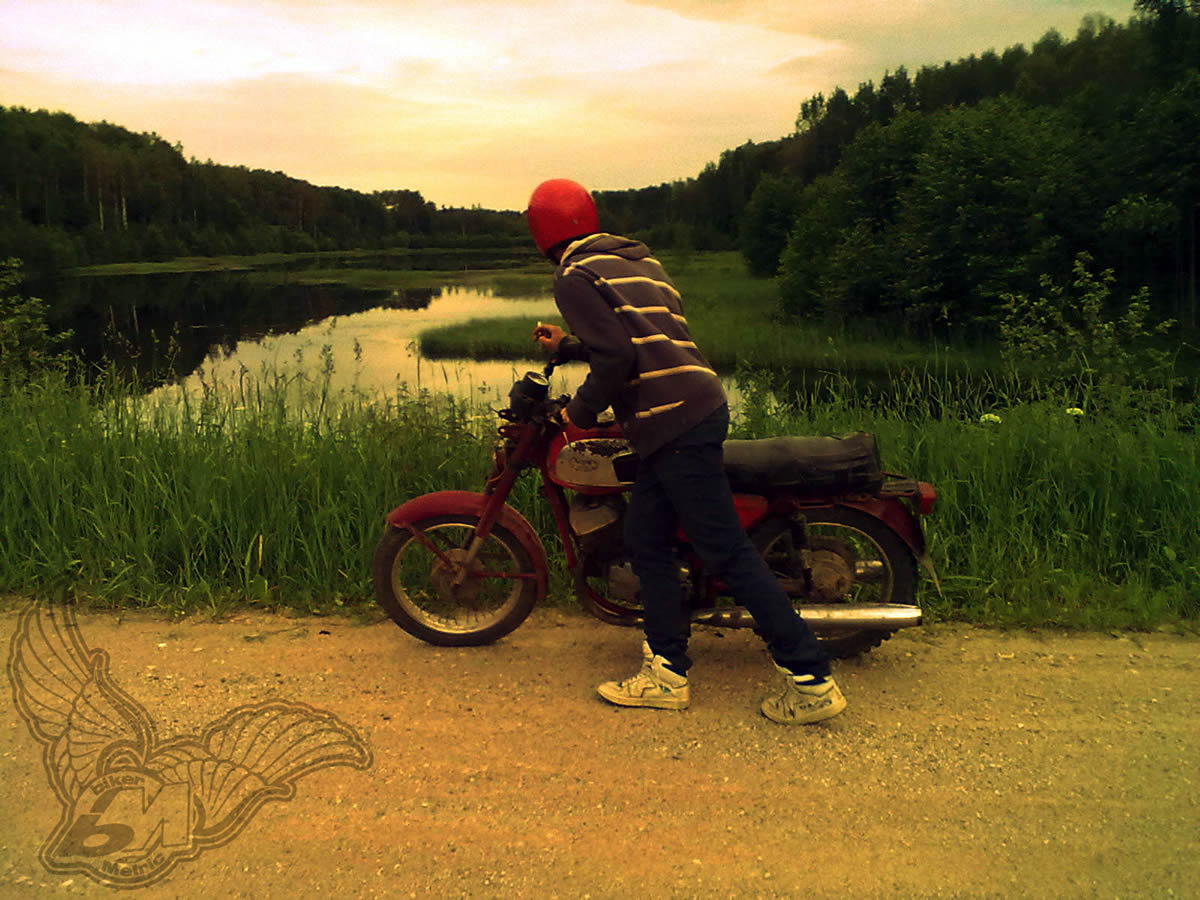 “My girlfriend took one picture, when the ignition went up on a small trip. That picture looks epic as ****, it looks really oldschool, but that’s me and my old bike.”

Igors bought his first motorcycle at just 16 years old. It was a CZ (Chezeta) dual cross motorbike. He bought the bike himself because he didn’t want his parents to know he rode a motorcycle so he kept it a secret from them by hiding it in an abandoned garage.

When Igors turned 18 years old his father introduced him to his motorcycle, a 350cc JAWA 634. The motorcycle had been Igors’ father’s bike since the older Martinovs himself was 18 years old. Igors’ father is now 52 years old, which means the JAWA has been in the Martinovs family for over 34 years.

“My mother hates it. She understands that I can break myself in two pieces even on a BMX bicycle, so a 350cc motorbike could tear me apart, but I still like it. Actually, she doesn’t give a f*** about the fact I ride a motorbike, that bike has been around for so long.”

“As for me, I’m a gearhead, or something. That bike was burried deep in a garage full of garbage. It stood there waiting for about 10 years without even spark plugs when I pulled it out to clean it. I bought a battery, some gas, and worked all day to try and start it. At the end of the day it finally happened! After hours of ******** with different bolts in ignition, because the timing was off.”

When asked what’s next he said:

“I love to do things myself, so I’m waiting to buy some old Honda CB500, CX500 or something make a cafe racer myself. If you’re looking to sell or trade one in Latvia contact me.”

Big thank you to Igors for sharing a little piece of family history with us. If you’ve got a rockin’ motorcycle or a cool story to share please email me using the contact form in the right sidebar.

Hats off to the Martinovs!

Previous: how to build your own motorcycle trailer
Next: motorcycle leather vest shootout