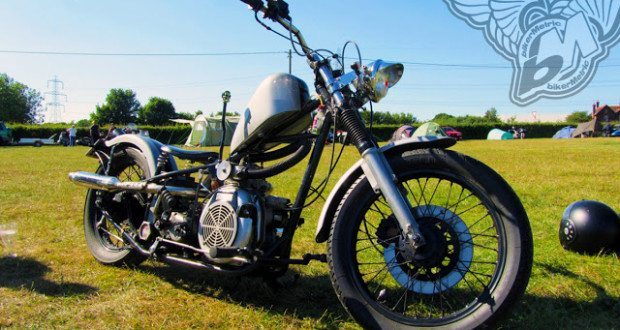 my internet friend ray roberts from bexhill, uk, sent some pix and info about the bike he rides, a 296cc yanmar diesel motor that makes a whopping six ponies at 3500 rpm. 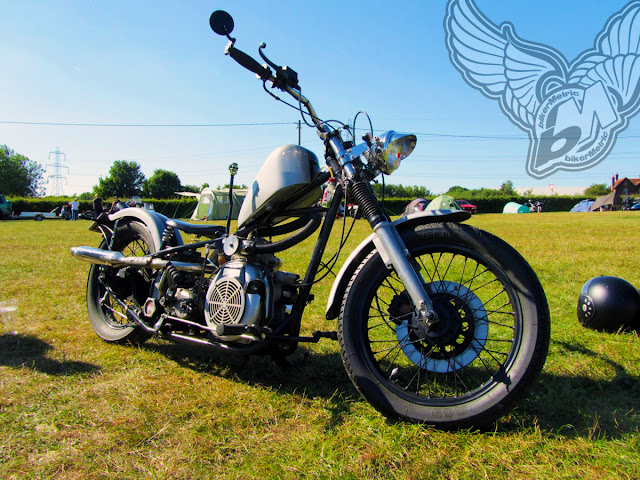 bexhill is south of london on the coast of the english channel and it seems that households in this wondrous burg enjoy an extra four hours of sunshine per week than the average of other english seaside towns. wow. four hours a week. out of 168…. that’s an extra 2.3%! 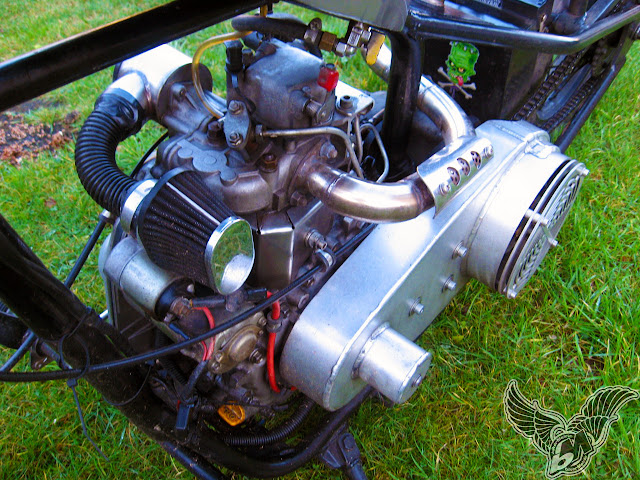 all sunshine and lollipops, the frame on this apocalyptic chopper is home made by ray, as was the battery box, primary case, and the suicide shifter. the four-speed gearbox is from a 1940’s ariel, and the stainless exhaust was made from old handrail. the tank is off a sporty. the wheels and forks are off a yamaha sr500.

a diesel motor will run on almost any oil, whether peanut oil, vegetable oil, hemp seed oil, or scraped-from-a-zit-ridden-teenager’s-skin oil. 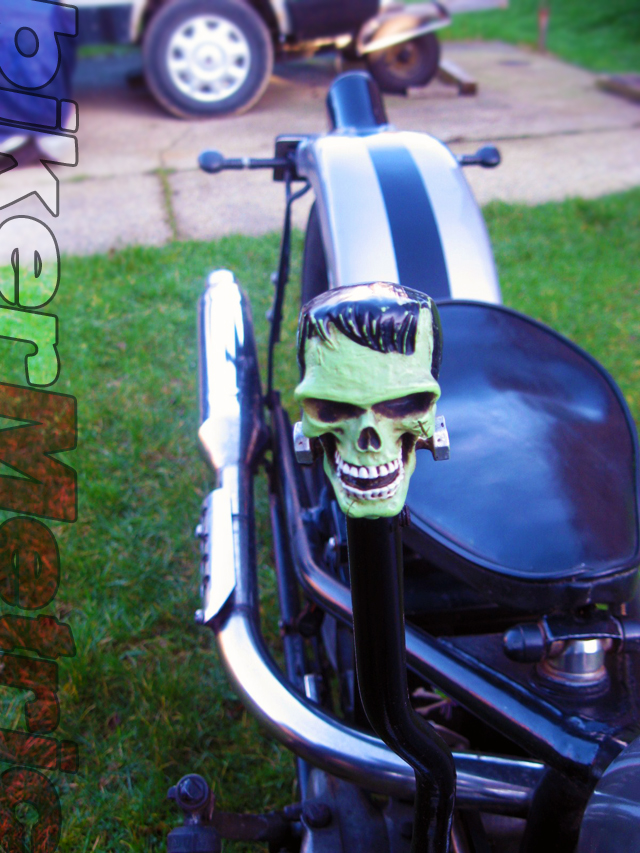 ray says the top speed is “50 miles an hour on a good day.” it also gets 100 miles per gallon. so f**k yeah. “more smiles per miles,” ray says. i agree, and as long as there are teenagers, ray will be motoring about the lovely english seaside until starvation or zombies get him in his sleep.

right on, ray. i dig the mileage and the unique powerplant of this motoscooter. thanks for sending the info and pix and may your miles roll by peacefully. 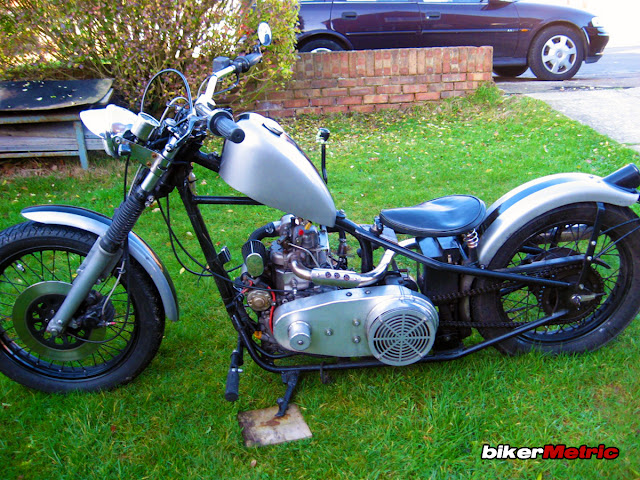