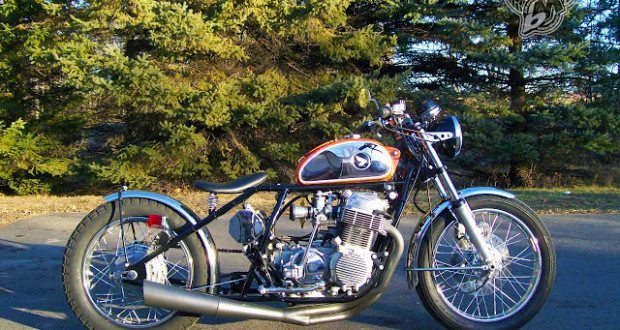 a few weeks ago i received an email from bikerMetric friend and supporter tools, who regaled me with the story of a sweet and incredibly inexpensive honda cb750 bobber build. he promised to get good photos and shoot them at me as soon as he could.

as soon as he could was yesterday. 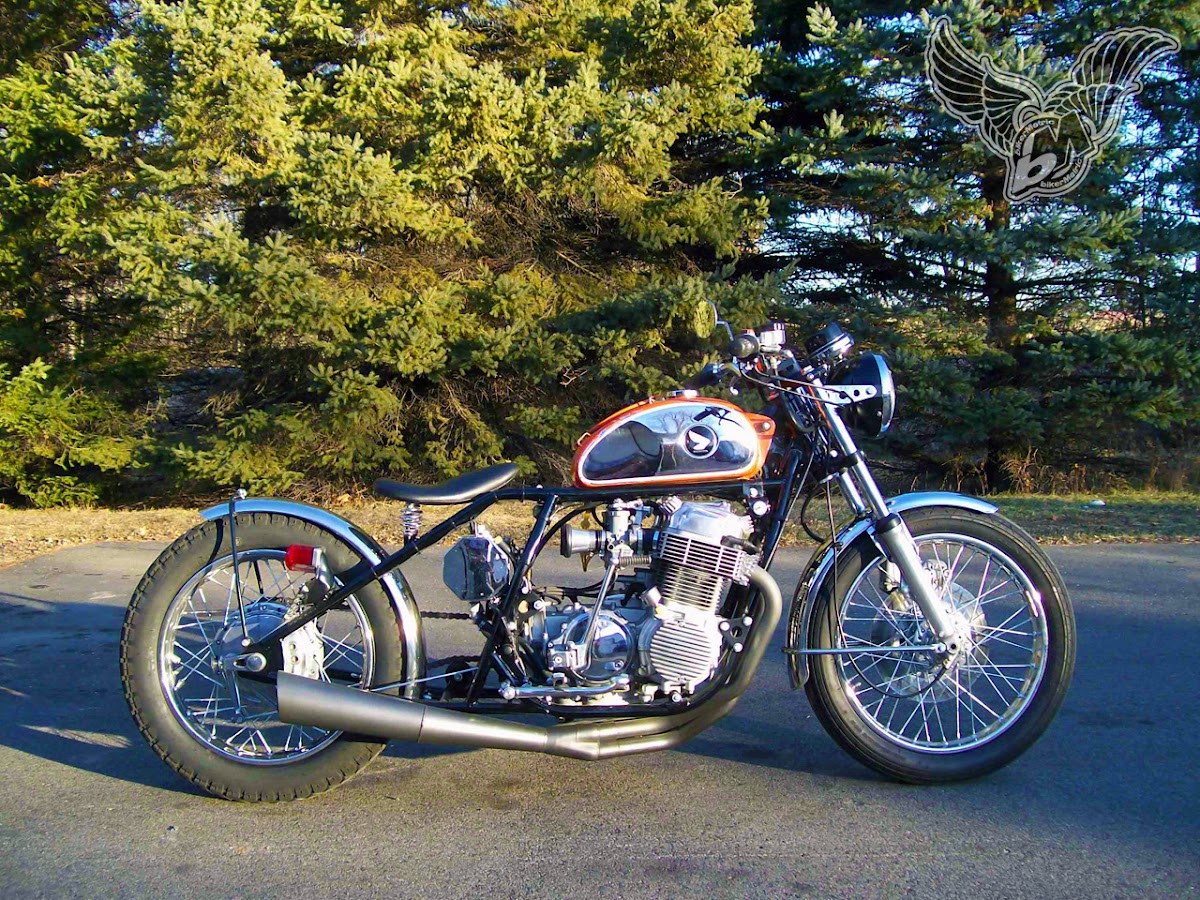 the builder, mike stodolka, is 35 and lives in central minnesota. when i discovered he’s in possession of a bachelors degree in graphic design, i knew he was broke. that design degree seemed like a great idea in 1996, didn’t it? he says he “works on muscle cars and bikes for money.” yeah. you’re better off than working for some douchebag in a cubicle creating icons for an online bank.

as mike tells it, this was an interesting build. he started with a vision in his head but after he began acquiring mostly free parts, the bike “almost built itself.” he feels that everything kind of clicked as the bike build began. what a lucky motherf***er. 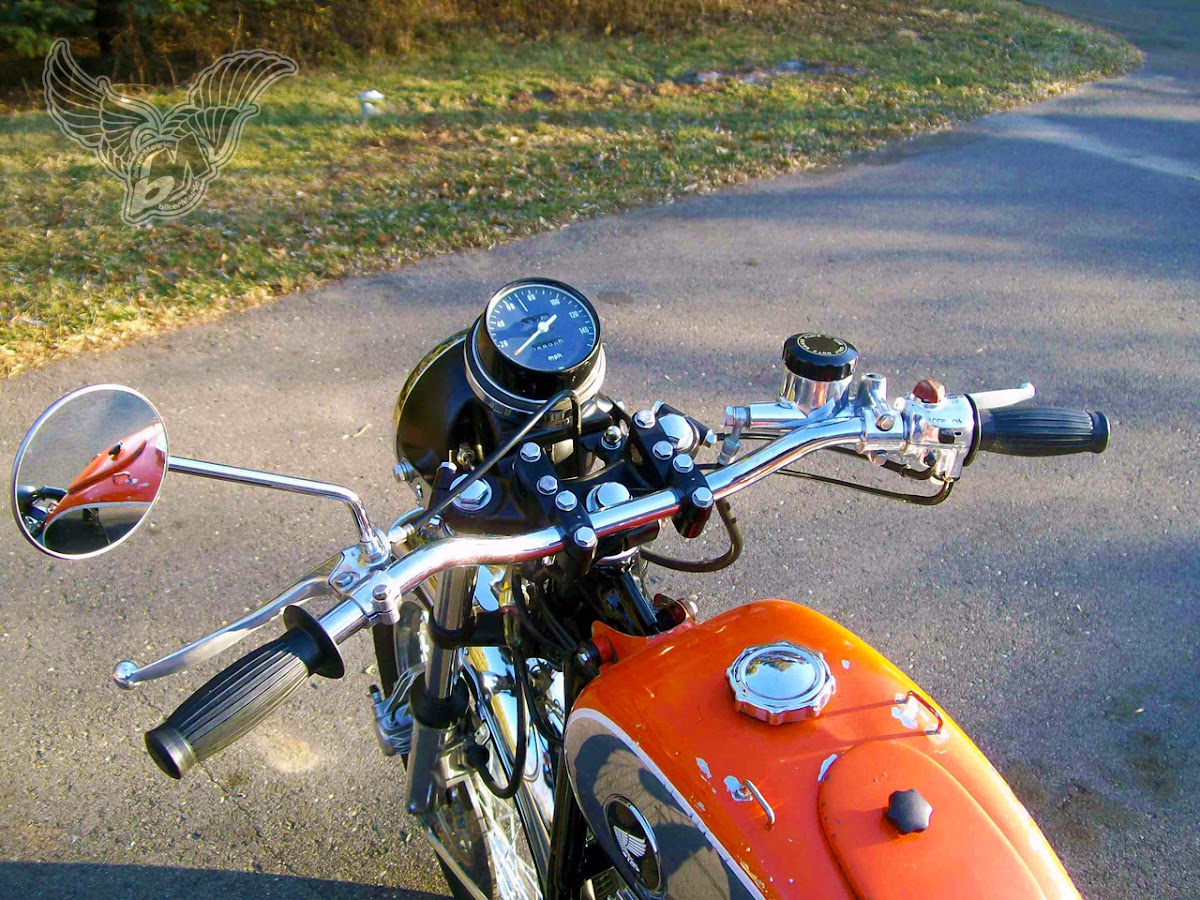 he enjoyed changing the look of the machine with each part he found or was given and admits that it looks “a lot cooler than i thought it would,” even though the bobber is very different from his initial plan. being in the moment has its advantages sometimes, mike.

he’s proud of doing every possible thing on the bike he could, from rebuilding the carburetors to lacing and truing the wheels, fabbing the parts, painting, and even polishing. 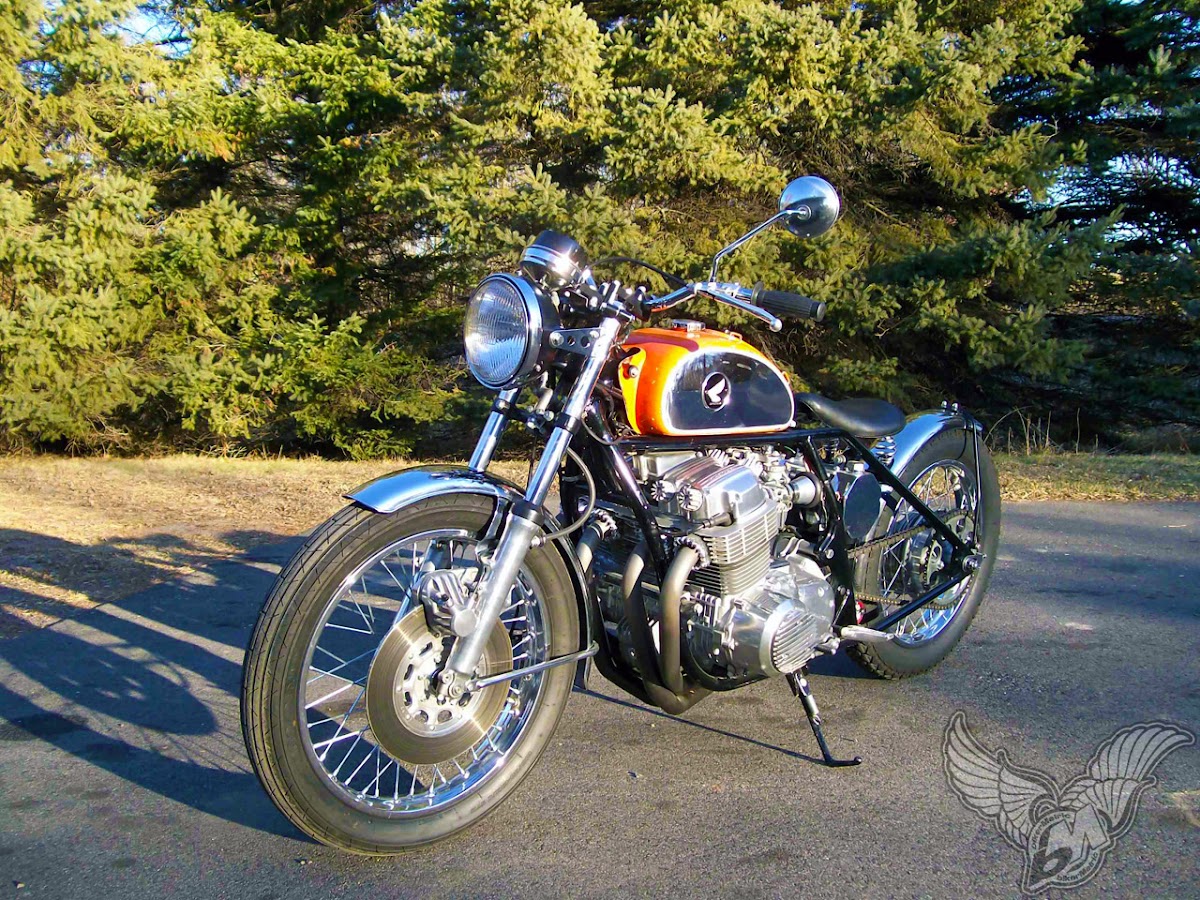 the project started with a $200 cb750. two hundred bucks for a cb750? when he got it running, the motor sounded really strong. he then decided it would be his winter project and first major frame mod.

the handlebars came from a beat up cb450. the old octagon-shaped oil tank was ripped from a triumph chopper given to him by a friend. he bought the foot pegs from chopper dave a few years ago. the rusty seat pan is from an old bsa his brother purchased. he traded the exhaust for some parts he had laying around and didn’t need. the polished rear fender is off a hodaka road toad. 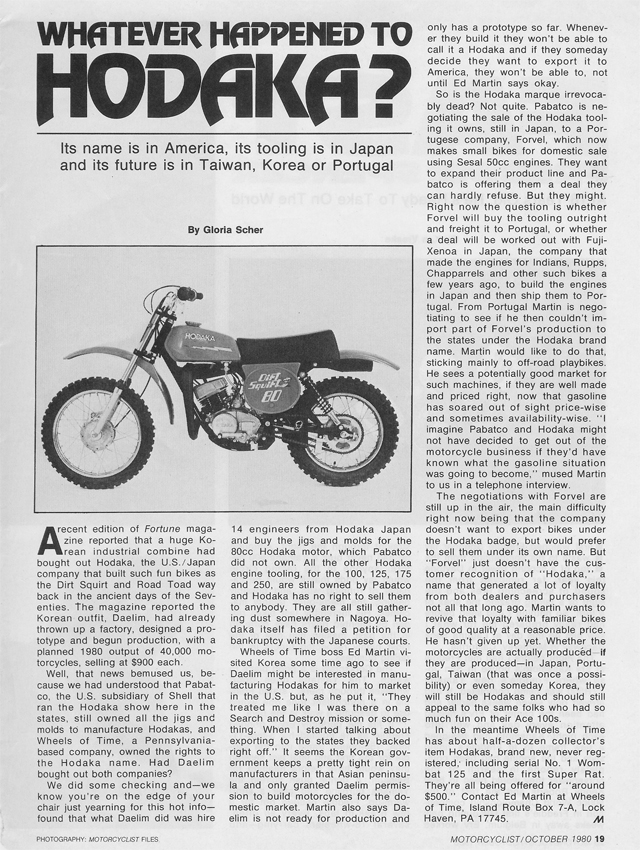 other build elements include a tail light from a 1965 super hawk, tank badges from a honda cl77 scrambler, and a tank that was on a 1972 benelli 175 enduro. i’m not sure it’s a benelli tank but hey, it was free and looks cool.

he used the swing arm to align the axle and plates and with some careful measuring he welded the upper tubes in and tacked the axle plates, thereby removing the swing arm. 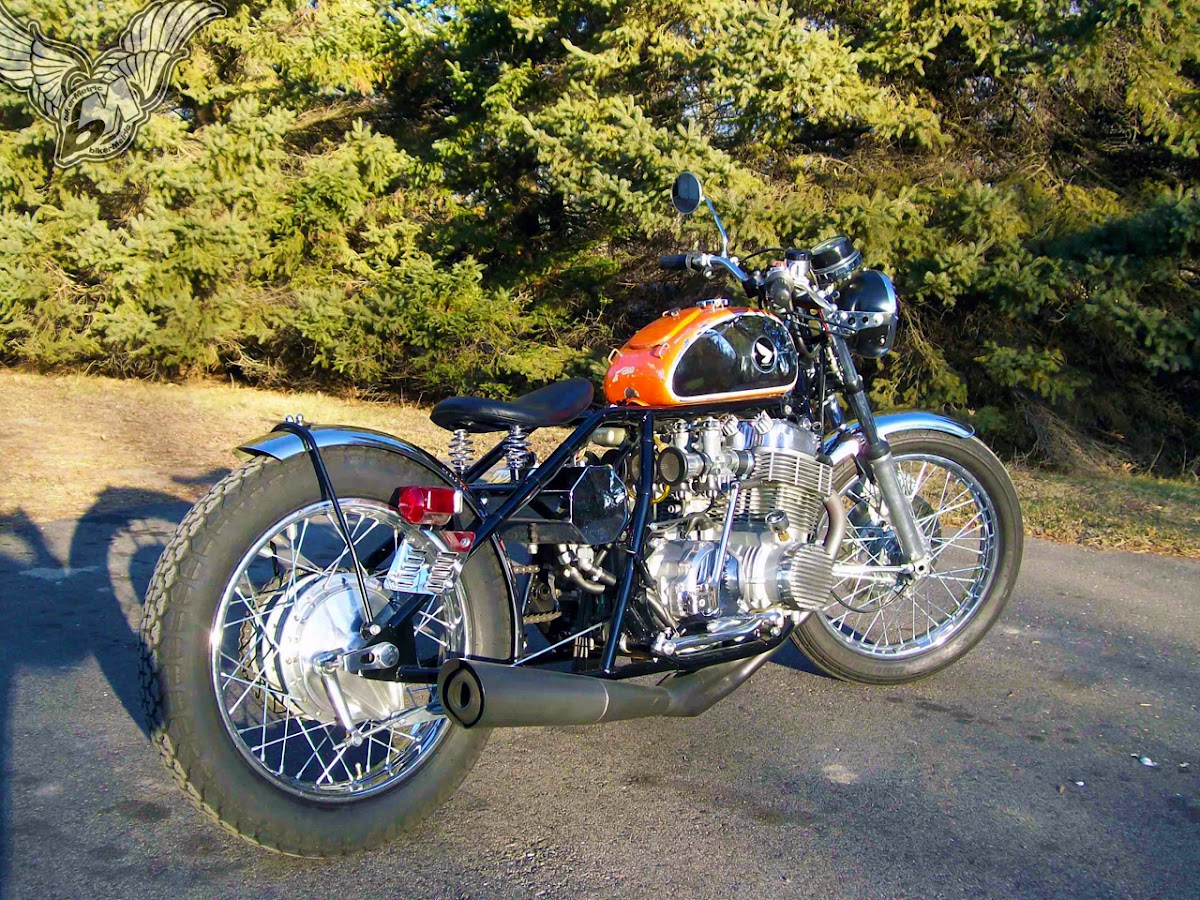 mike was going to buy a tc brother’s hardtail but decided instead to purchase $40 worth of steel and do it himself, learning things in the process. never thinking he’d have so much fun building a bike, he did just that and only spent $1,200 (€920), including the $200 donor bike. he says he’ll eventually paint the tank and do it himself like everything else on this build. i hope he doesn’t re-paint the tank.

he used to restore mid-sixties corvettes at his old job, but feels like he went back to school on this thing because of how much he learned doing it. he’s glad he did it and suggests to others who question taking on something they have not done before to, “just give it a try and don’t be afraid or intimidated.” get your *** out there and do it. if you fail and have to get outside help, you still learned something, and there’s satisfaction in knowing you gave it your best shot. 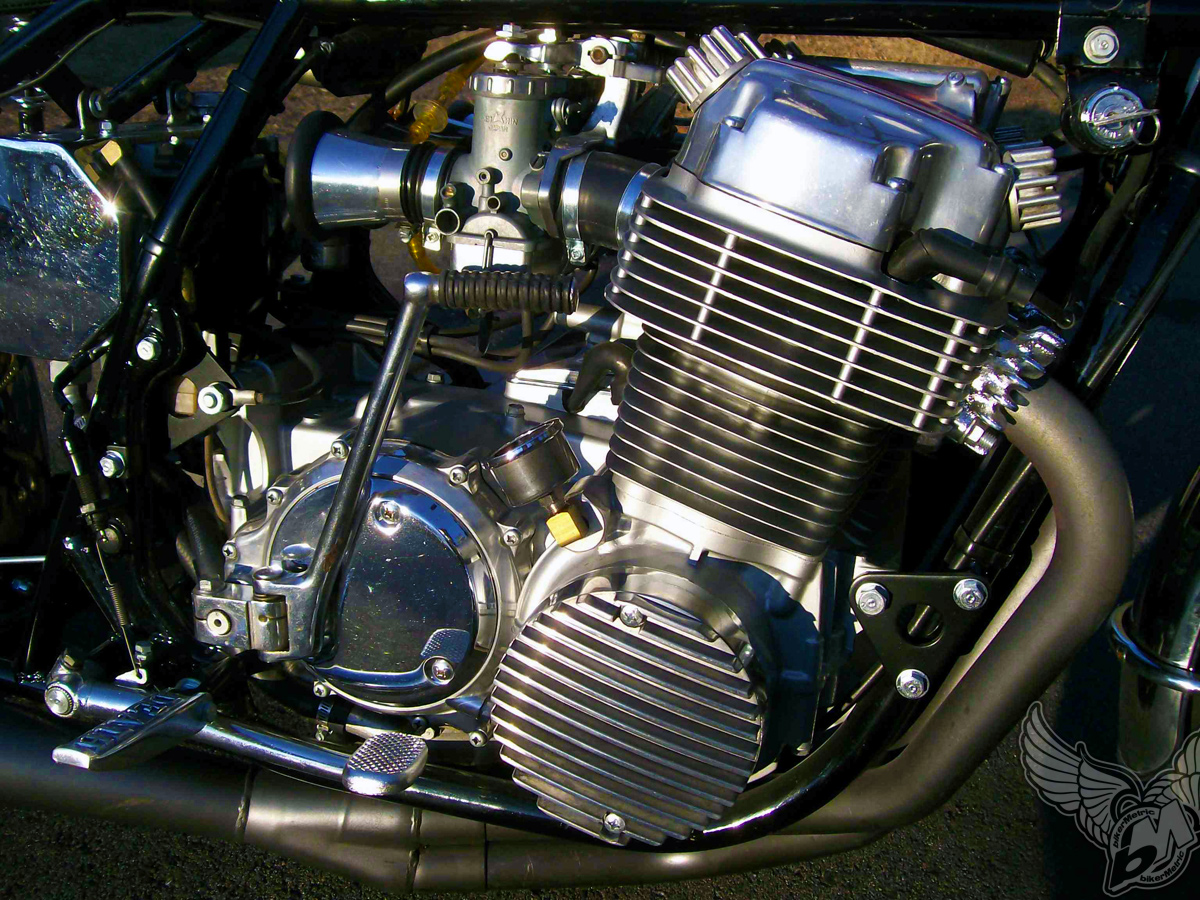 mike’s last positive affirmation is that “you never know what may happen and you may surprise yourself.”

soon mike will be starting his own custom painting business, laying down the colored fumes for bikes and whatever will fit into his 15′ by 12′ booth. 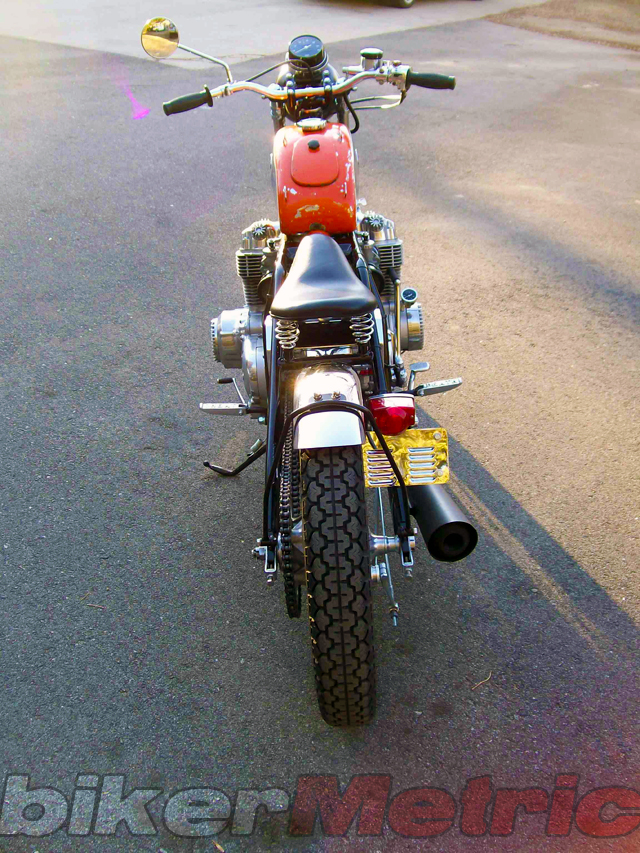