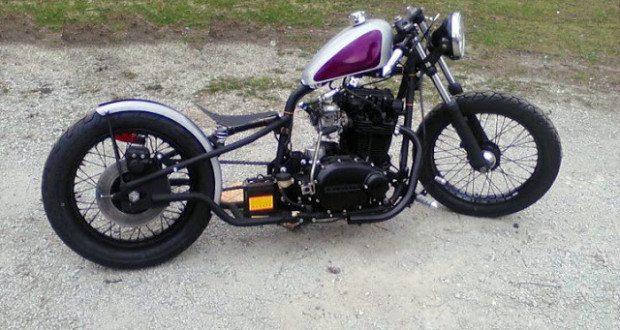 luke mears sent in his black and purple kawasaki kz750 months ago and it go lost in my list of stuff to do. i recently discovered it and so…. walla! 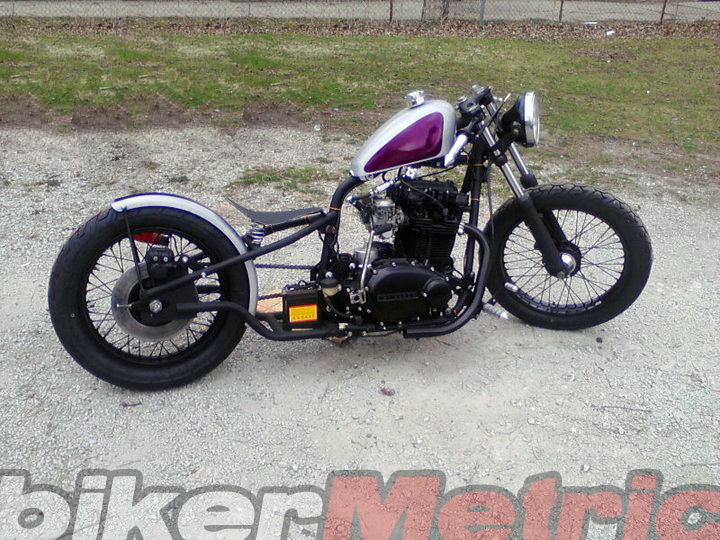 according to luke, the kz started out as a $100 project. he was simply looking to have something to ride for the summer. the previous owner told him the bike had been leaning against his house for several years and was last registered in 1994. luke kicked it and it spun, so he bought it. 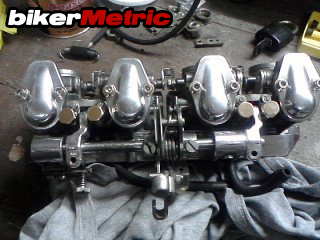 the first thing luke did was tear the carbs down to discover they were actually pretty clean. he had previously tinkered with crotch rockets but had never tried to do something this customized. as he tells it, luke is the type of person that if he doesn’t know how to do it, he will research and teach himself.

after cleaning the carburetors, he made a frame jig and took the rear off. then he stretched the swingarm 4.5″ and tacked it. luke cut off the swingarm axle plates and ditched them. he didn’t want to have “the same old hardtail look,” so he made a couple 45-degree bends and tinkered with them to form the rear lowers.

mr. mears wanted a drop-seat style frame and kept working. he took “the dreaded triple back bone” and cut it out, welding the lower legs to the neck. at this time, luke moved the neck up 2.5″ and laid it back a couple degrees, then gusseted it and called it done. he painted the frame in bedliner, which he says is “very durable.” good idea. i decided a month ago to do the same thing to the new frame of the FREEDOM or DEATH MACHINE. 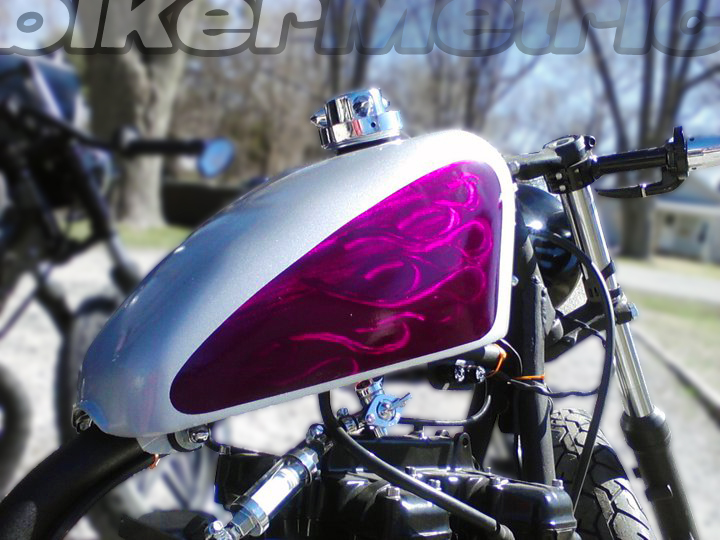 the rear fender is off an old trailer and the tank is obviously sporty-style. luke wanted purple flames and in a few steps using a fine disc sander and rustoleum candy purple, he had the look he desired. afterward, he taped it off and used some eurethane silver and clear he had laying around. the spoke wheels were sprayed with appliance black. finally, he put some new treads on his chop and now “rides the s**t out of it.” 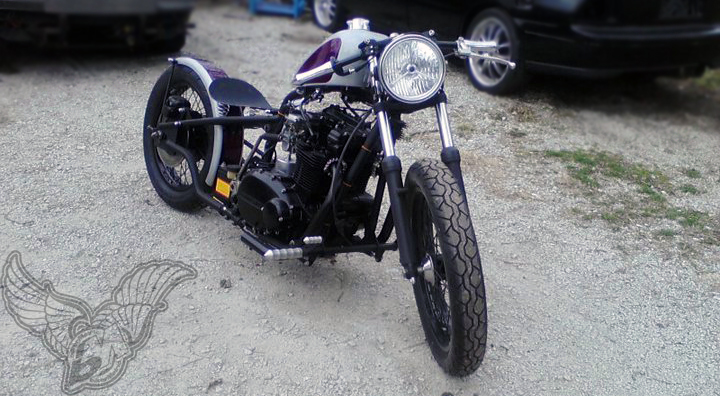 he also has a 1975 honda cb550, which is coming along very well if the last photo below is any indication.

right on, luke. thanks for the pix and info. we’ll look forward to the finished honda. 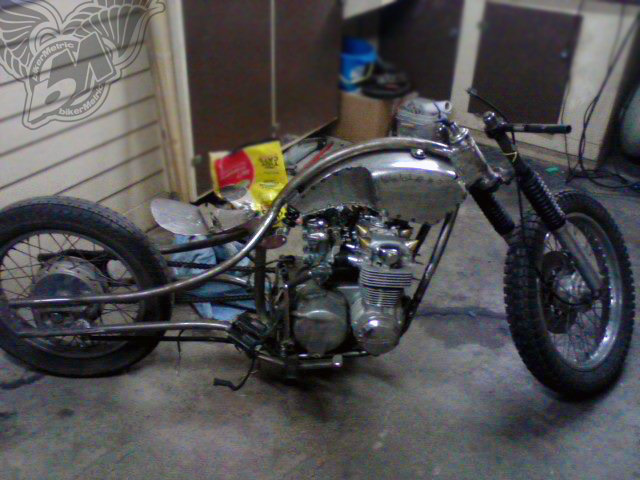