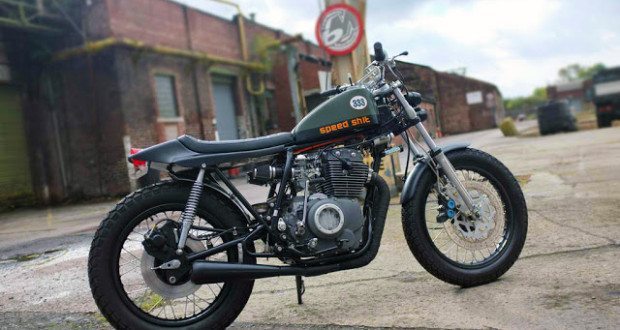 according to drew, this yamaha xs400 was born from “a sh*t load of parts left over from a previous resto xs400.” the flat track bug bit his *** and he had to build one. 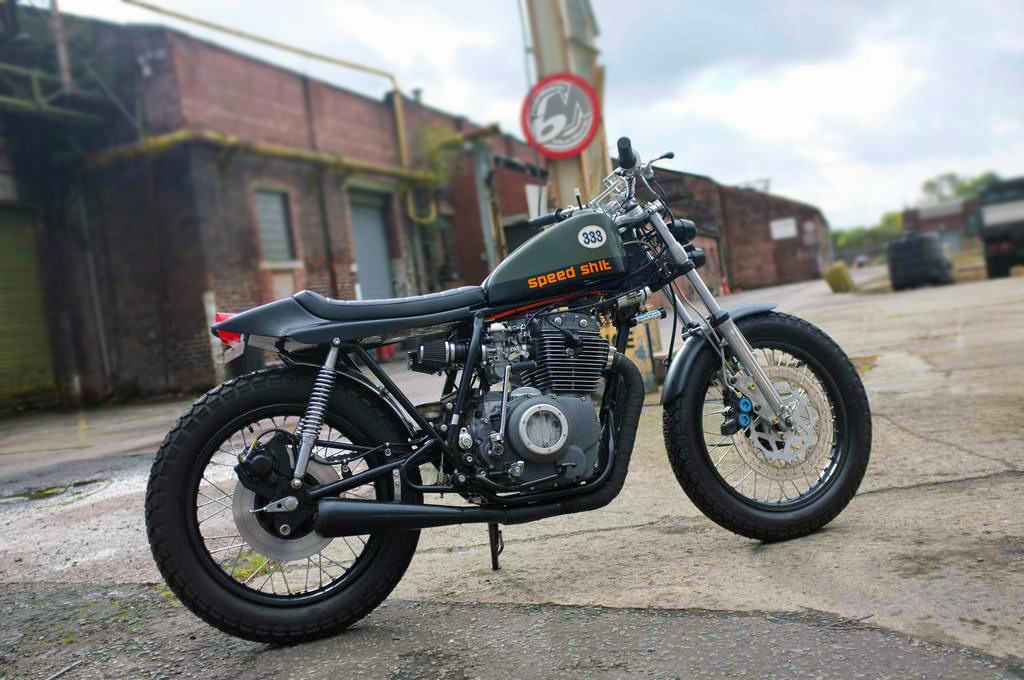 the frame was modified to fit an xr750 tail section. the fuel tank is custom and incorporates an under-tank brake master cylinder.

the army green with orange and white graphics were inspired by a 1960’s japanese/godzilla post-war era movie, and the number 333 means speed sh*t is a small bore a little devil. 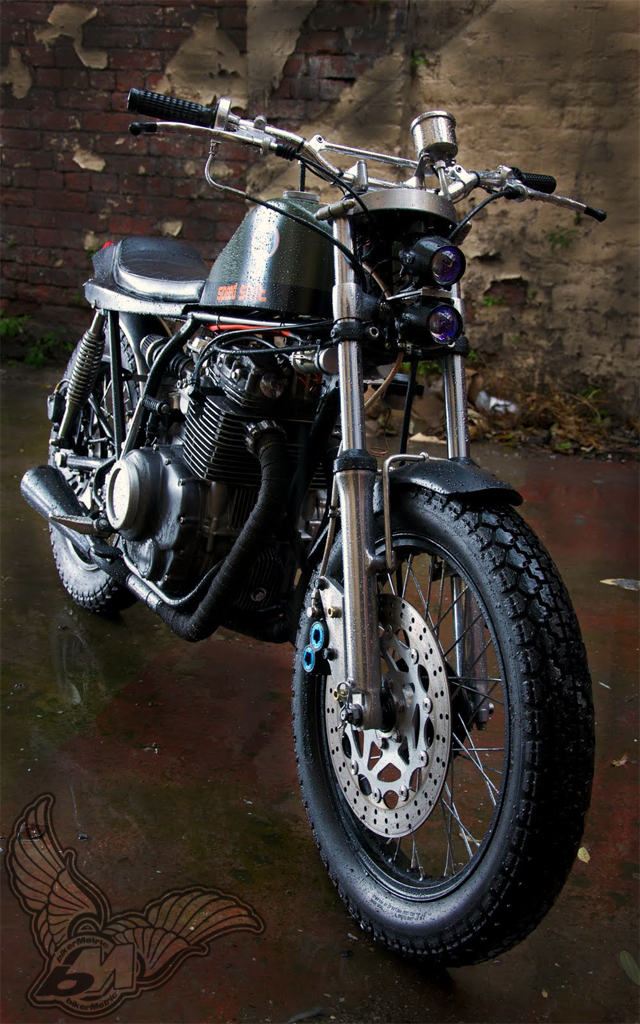 the bike was two years in the making and was built by being wheeled outside to be worked on, where northwest british weather is renowned for rain.

the entire bike was built by drew except the powder coating the frame, chroming, some stainless welding, the disk spacer, cnc case cover, and tank. 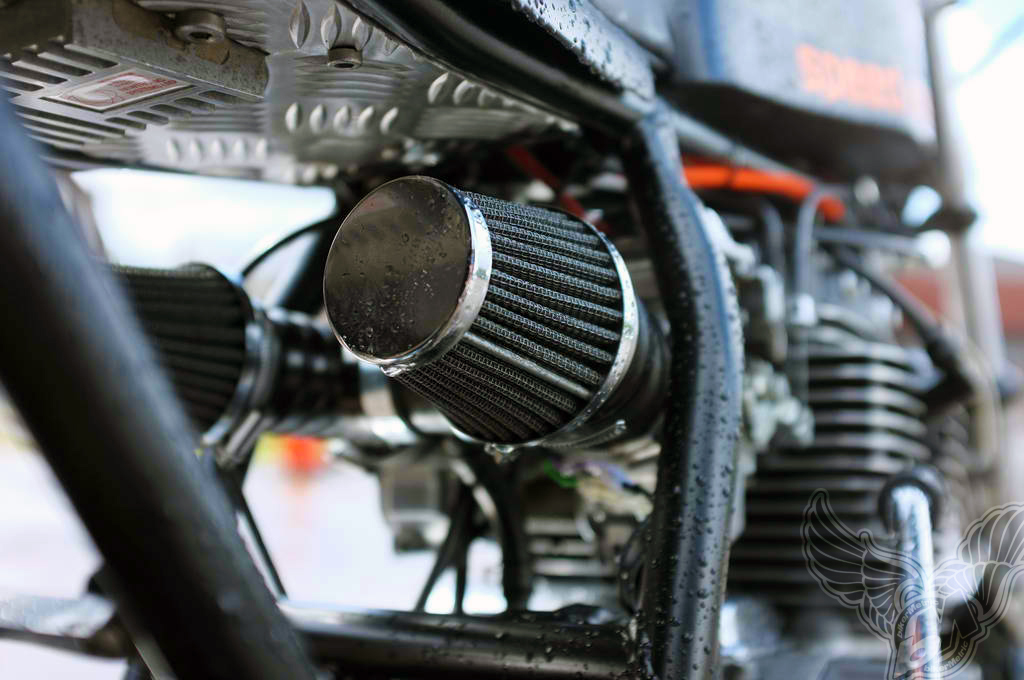 some of the build specs include: it’s a pretty machine, drew. thanks for sending it in. enjoy the weather! 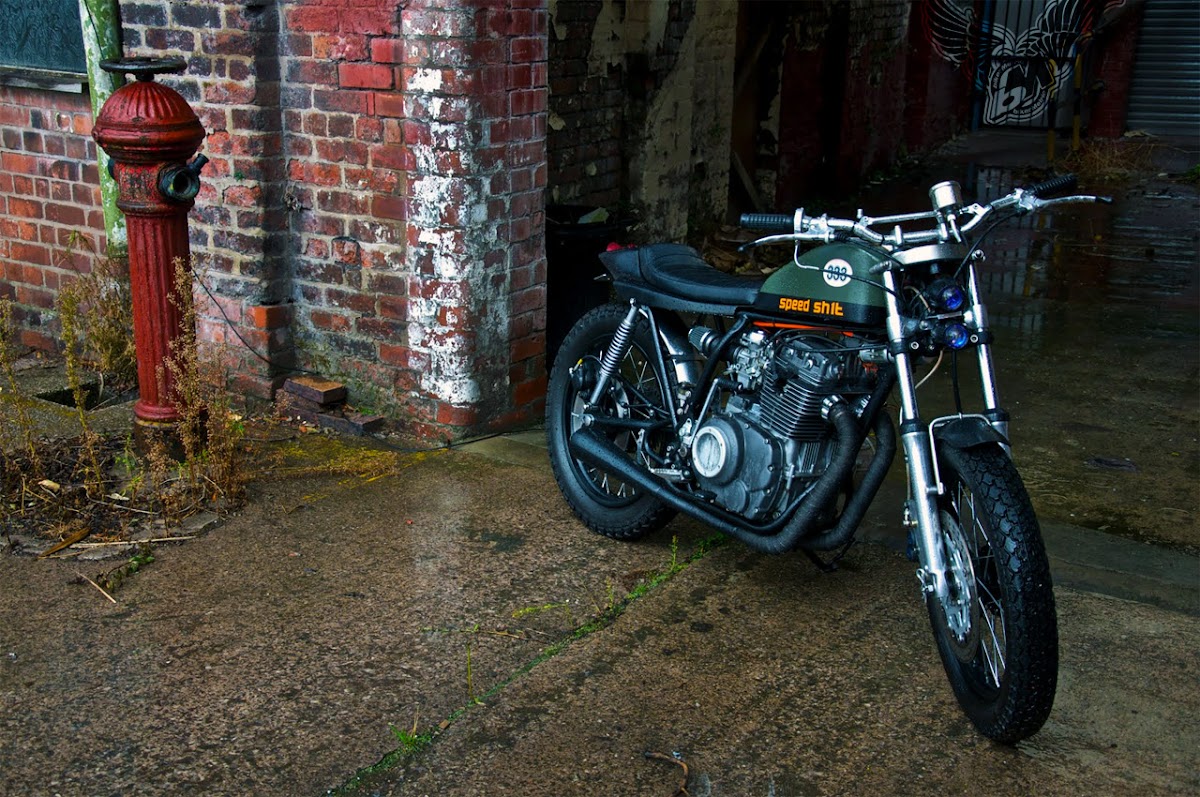