what you are about to read is something i’ve never done before on bikerMetric. i’ve simply asked for someone’s story. he isn’t a builder or big shot. he’s just a guy who rides metric motorbikes. i guess that makes him like many of us; a working guy who does what he can to get by while supporting himself and those he loves while trying to do it his way, and still getting out to ride as often as he can.

this is not about a motorcycle trip. it’s the tale of a guy like you. it’s his life and his dreams. maybe you can relate.

the man is travis miller, and these are his words:

This is a story of a guy whom otherwise you wouldn’t give a second glance to. He’s an average everyday Joe and these are his trials and tribulations of living in the middle of nowhere.

The story starts off on the wrong foot, of course. I graduated high school deciding that instead of moving hours away alone to Pittsburgh that I would wait for a buddy of mine (two years my junior) to finish school and we would both go to art school. It was an excuse to have someone to party with and after eight different schools growing up I had grown tired of being the new kid. 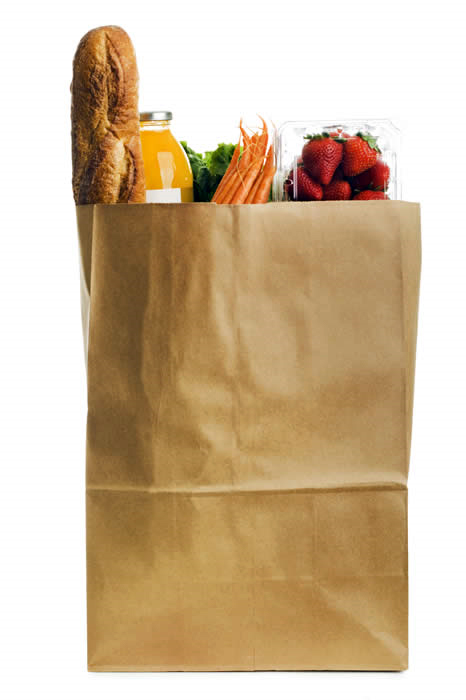 Meanwhile, I worked bagging groceries and delivering them to elderly people. That next year my buddy, who was now 17, finds out his girlfriend has another guy. We searched all night for my friend.

He pulled his car off into a field, put “Stairway to Heaven” on repeat and took his life with a 12-gauge.

I know this is a long introduction but this played a huge part of the rest of my life. My buddy’s mom and dad put in a good word for me at a local factory. I was now the lucky guy who got to putty and hand sand industrial bakery mixers six days a week for as many hours a day they could talk me into.

Made it about 80 days before they pushed me out the door. This factory was notorious for doing this. They’d work you ’till you were about get off probation and get insured, then fire you. I returned to my grocery job until I found out another local factory was hiring 30 people. It was a Japanese-owned factory that moved to town in 1988 and was growing and expanding big time to meet the needs of the auto industry. I was hired in to run insert plastic molding machines.

Fast forward from 1997 to 2009. I held quite a few jobs inside the factory; molding operator, forklift/warehouse, inventory control specialist, and finished out doing set up and maintenance on injection molding machines and even got married at 30 to the girl I had been dating for six years. 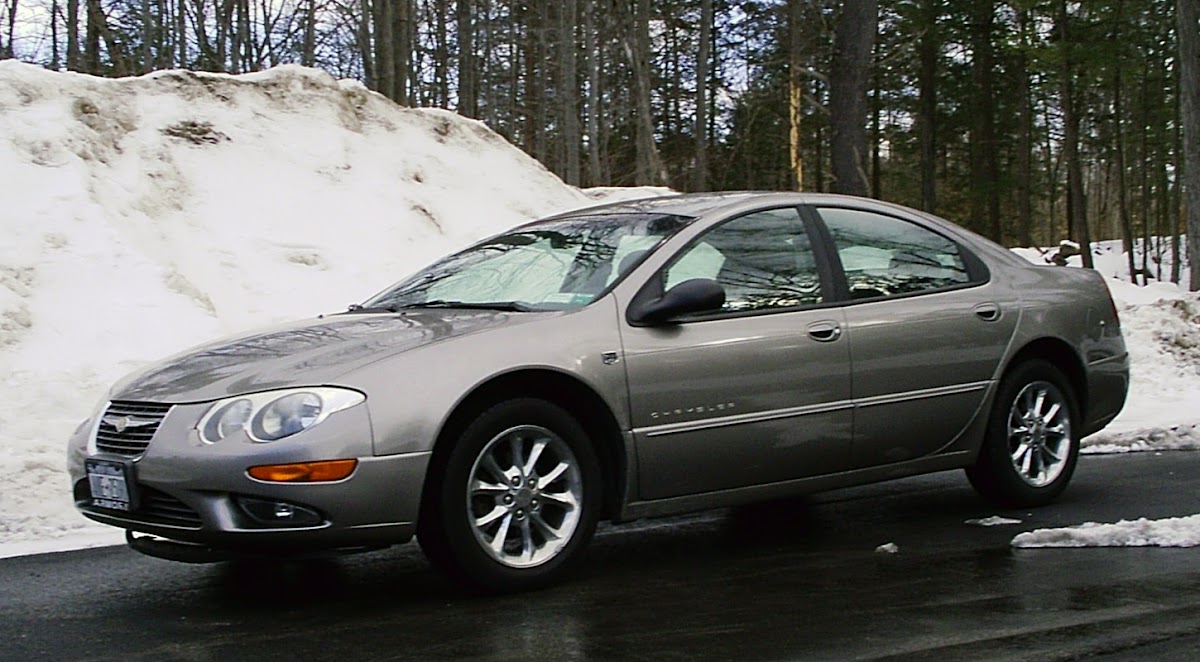 I worked the second shift and it started at 3:00 p.m on May 1st, 2009. I will never forget simply because my birthday was three days later. They sat me down and told me that today was my last day. Chrysler had filed for bankruptcy or help to keep from bankruptcy or whatever, and things were shutting down. My career had ended. All along my plan had been to work there for six months and move to Pittsburgh but I kept buying stuff and going into greater debt. I was keeping the economy up but it was keeping me pinned down. I really wasn’t all that upset past the fact that I had to stay and finish my shift knowing it was over after that. 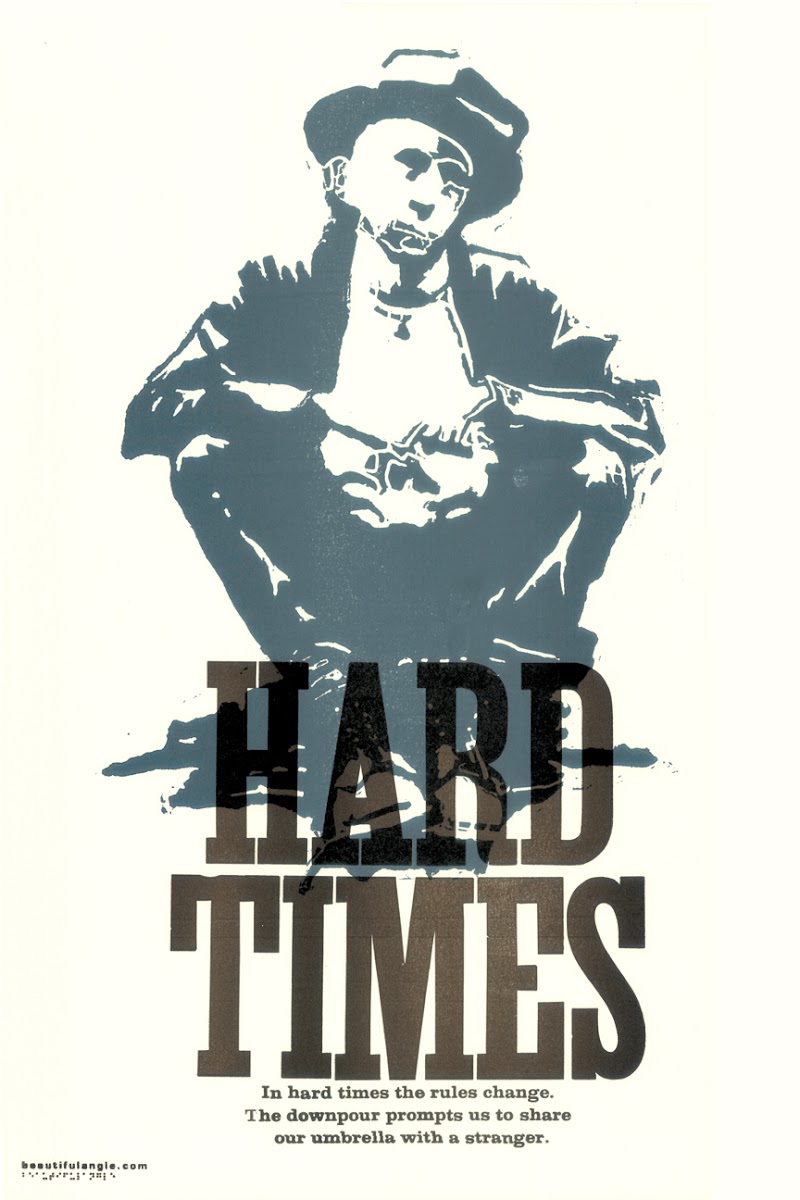 I decided that art wasn’t the direction for me. I had always dug cutting people’s hair. I did it from time to time for friends. The factory I worked for gave us no severance and honestly I had tried a couple college art courses over the year to discover it wasn’t for me. I thought, “**** yeah man I’m going to go to Barber School!” I checked into it and **** it was way more than I could afford and there were no student loans or grants for it. Combine that with my wife being a full-time student and night manager at the local Dairy Queen and things were extremely tough for us.

I had never gone more than a week without a job since probably the age of 14. I didn’t want to accept unemployment based on pride but DHL had also just closed shop and that removed any hope of a local job. I spoke with the human resources people at my old factory and they told me about state and government funded programs that would help me get re-tooled to get out and work. I was reluctant. I was brought up to work for what you want and if you don’t have cash for it, nine times out of ten you don’t need it. I went home and talked to my wife and it started to make some sense. I didn’t quit my job, my job quit me. People, including myself, used to say things like, “those people in those programs and on unemployment are just taking advantage of the tax money I pay in!”

In some cases this can be true and some people still might think this even of me. I worked 12-plus years in the same factory and paid my taxes. So is it wrong for me to get an education and get back in the working class? I have seen people manipulate and use the system but not everyone out there is. I spent 11 months at school driving 132 miles a day. I now own and operate my own barber shop in my small town. It is actually a barber/tattoo shop. My friend Chad Shelton, a fairly well-known tattoo artist in our area, had the idea for us to work together. I really hope it flourishes here.

We opened in August of 2010. It was really slow but started to pick up in September. 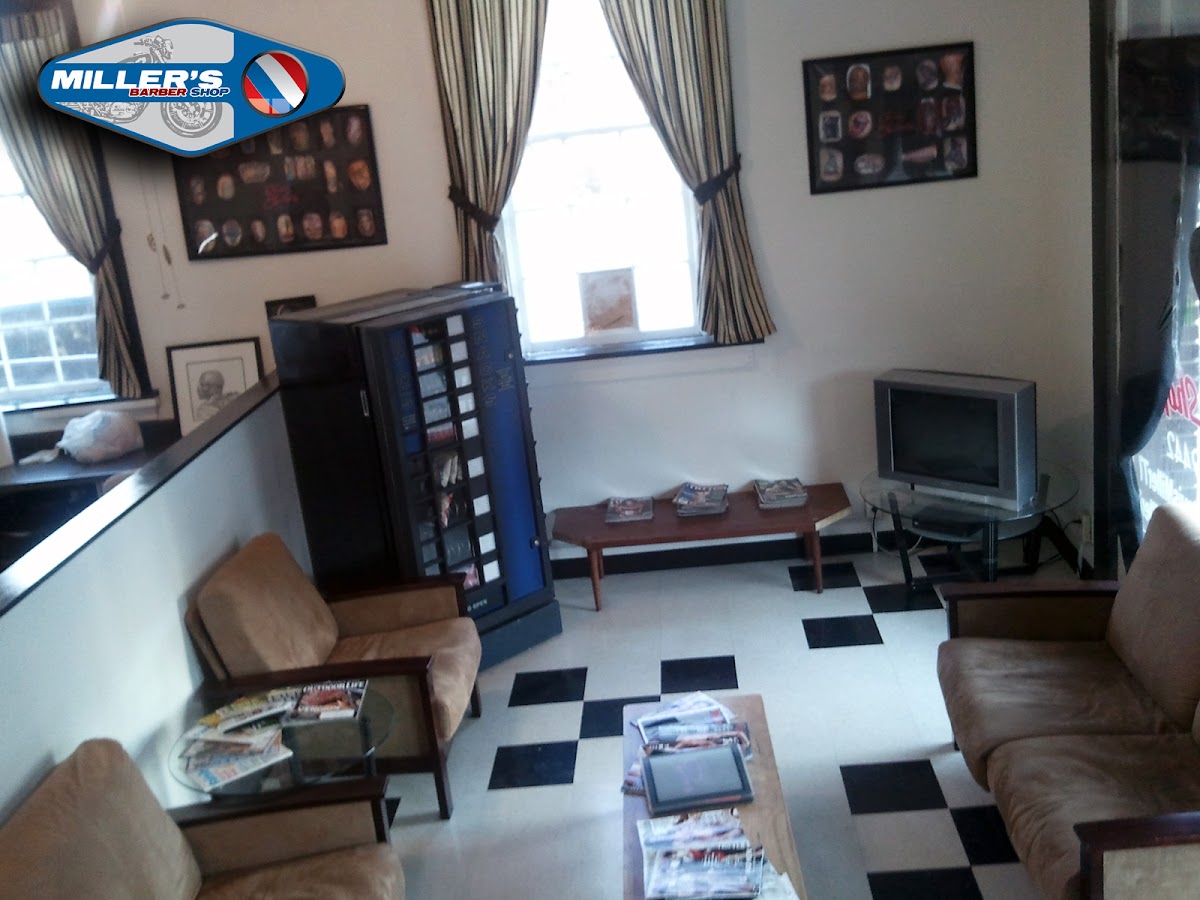 I’ve been doing charity work with the local group Anna’s Army for a while. It was founded to raise money for Cystic Fibrosis research. My best friend’s daughter had CF (Anna) and she passed away in 2009. Regardless, Anna’s Army is just as determined to find a cure for this disease. 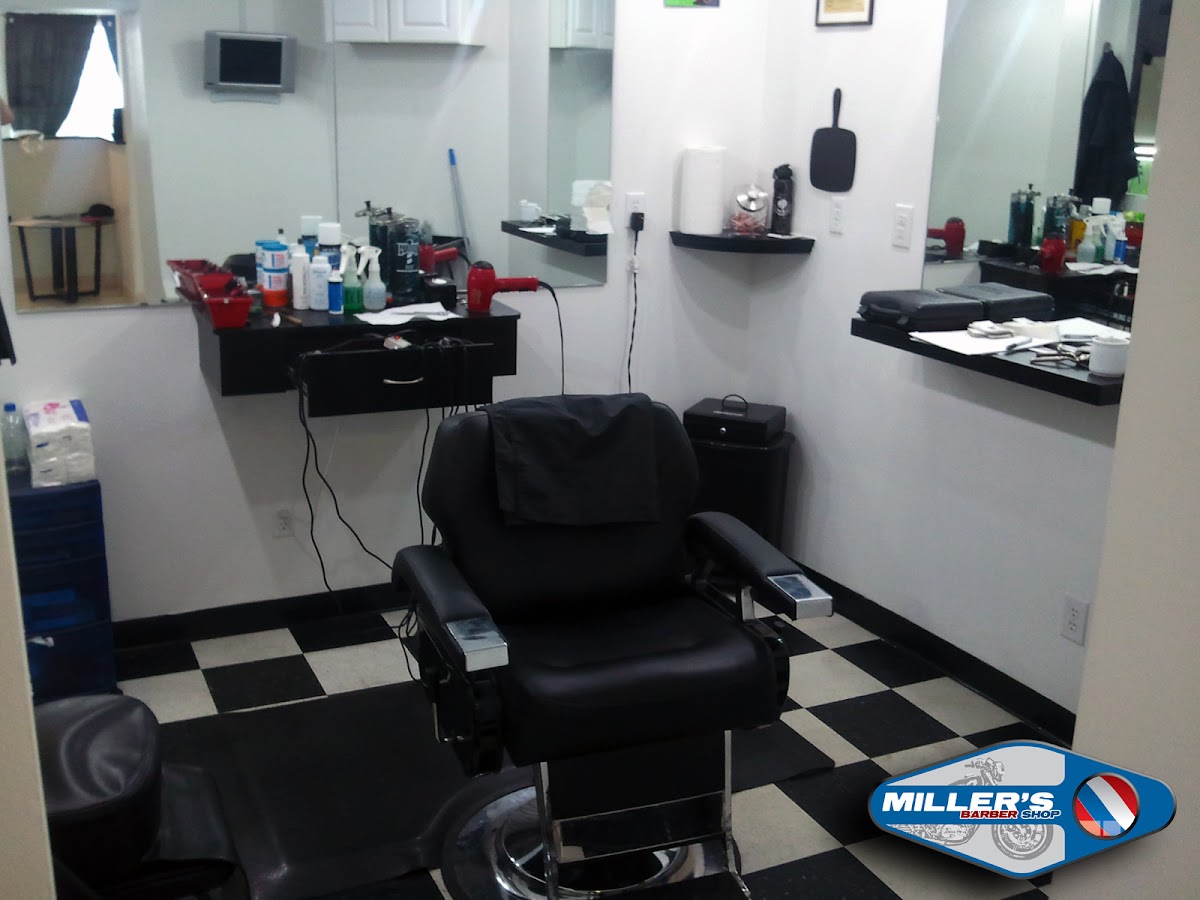 On October 10, 2010 I was hanging out and riding with the Go Fast crew at the Devil’s Staircase Hillclimb in Oregonia. I broke off from the group and suddenly realized I’m being careflighted by an EMT helicopter to the hospital.

I ended up with blood on my brain, a dislocated wrist, and a broken scaphoid bone in my right wrist. Being a right-handed barber meant that didn’t work out so well for me. The doctors said that once healed, I would have about 50% use of my hand. Right….

I have at least 80% use so in January I went back to the shop full time.

Business is pretty slow right now and this is much like starting over, but I’m stoked to be around at all. My wife, family, and friends have been such a huge help in all life has thrown at me. I can never thank them enough.

As long as they never ask me to stop riding! 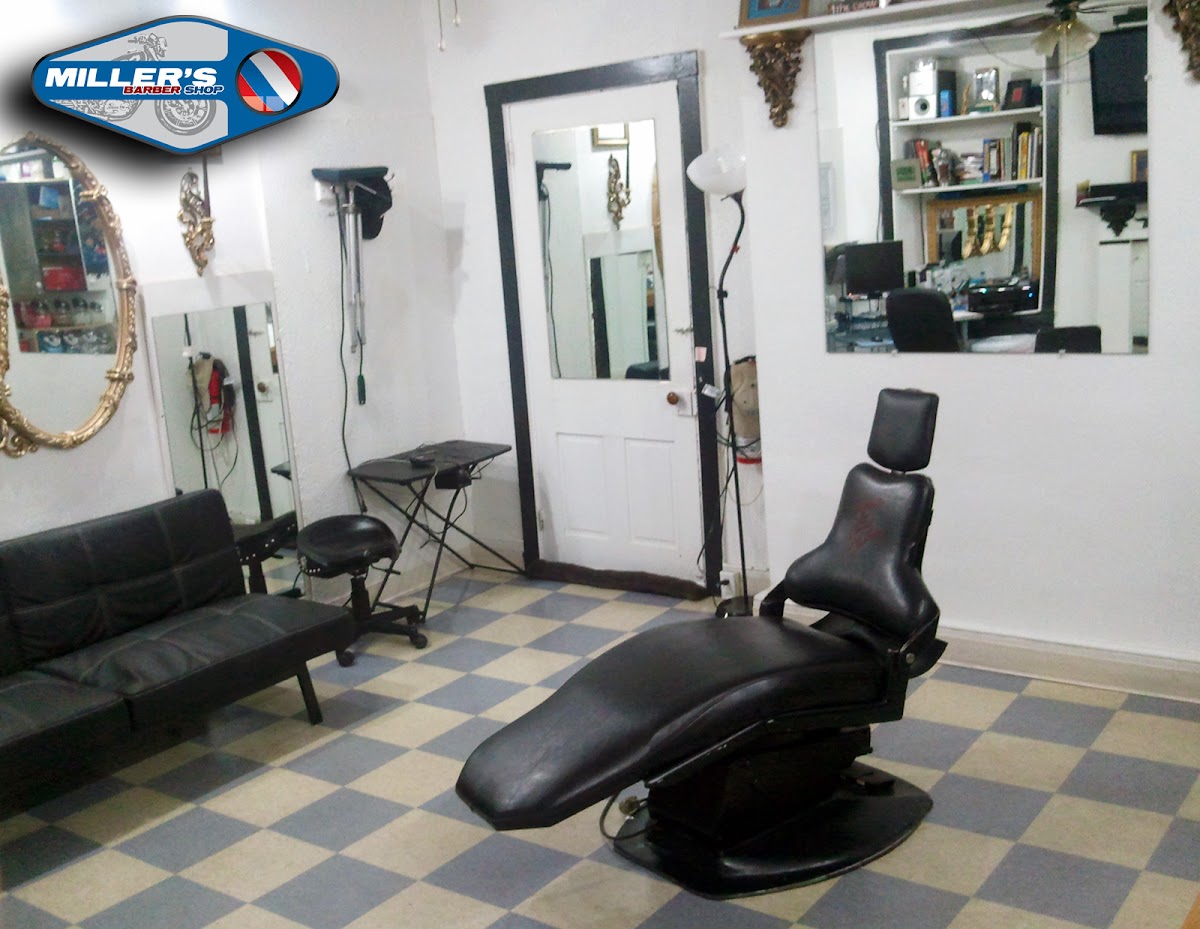 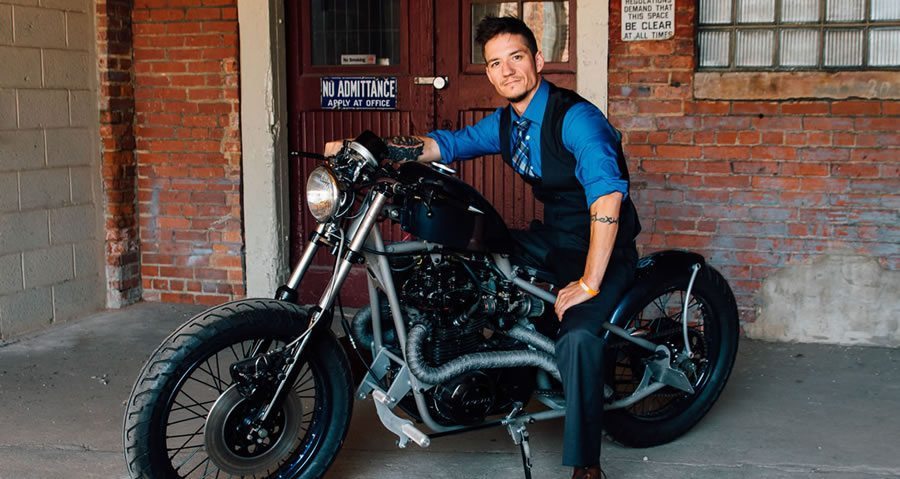 By now you’ve seen the preview of this summer’s photo shoot at ... 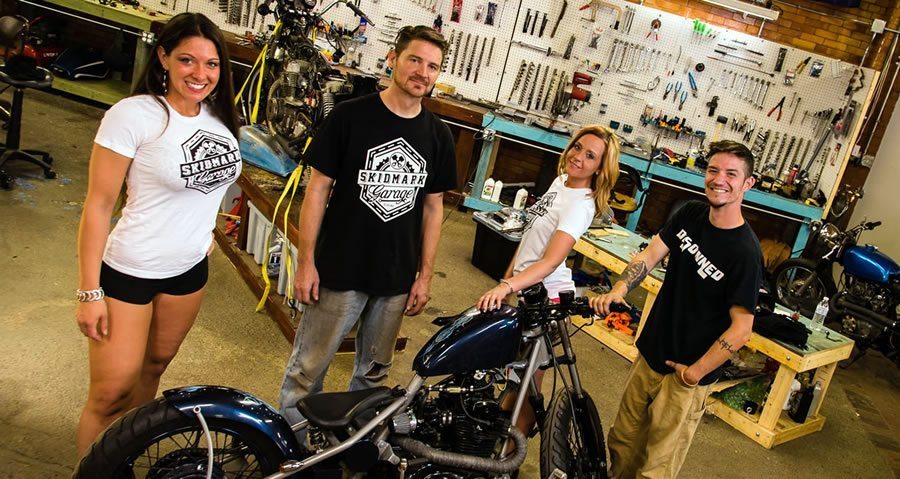 Last week we shared a little preview of a photo shoot at ...