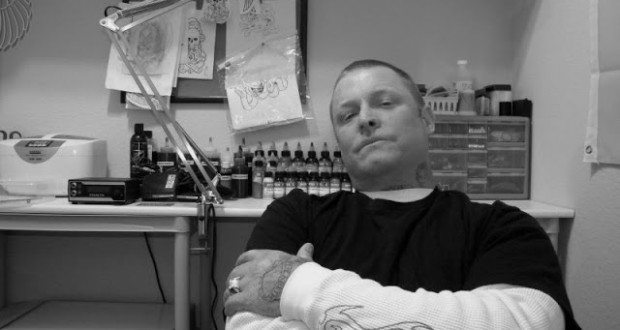 as we did with travis miller a couple of months ago, here is another installment of what i haven’t named; a reader story, i guess. these are tales of dudes who have good ones to tell. they are the history of personal struggle and triumph. they are about what i believe many bikerMetric readers will relate to. these are not about working for the man. there are no cubicles and lunches at starbuck’s. these stories are about independence and fighting for individual freedom over the mass-produced conformity of “rebellion.”

see a recent harley-davidson commercial for that ****.

this is how people really are. this is their lives.

with that introduction, please enjoy matt kogler’s story. these are his words: 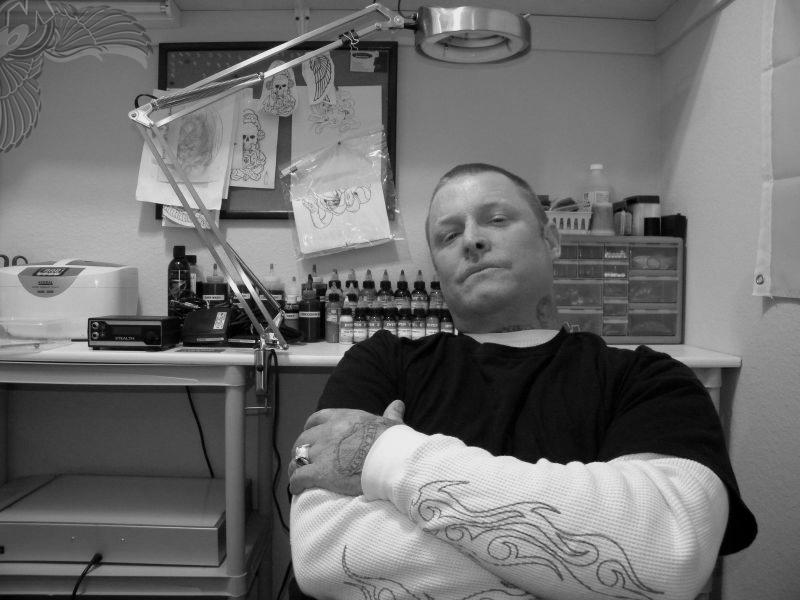 My story begins back in January of 1971 in the city of Orange, California, where I was born. I was adopted at the age of 14 months old, and my adopted parents split up shortly after my sixth birthday.

Not long after, my adopted father sent me away to a private reform school and married his friend’s wife. He began his new life with having his own biological children. I began my life as well.

From an early age I think I had some serious issues with authority and began getting kicked out of private schools. from military schools to psych hospitals, until I was about 13 when I ended up in juvenile detention in Los Angeles for strong-arming someone for a pizza. This would later come back to haunt me as it would be used to send me to the California Youth Authority.

I spent several years of my early teenage life running the streets between Hollywood in the punk rock scene and in Juvenile Hall until around 1987. At that time I was transferred from the custody of Orange County Juvenile Hall to the California Youth Authority on my old robbery charge, where I remained until my 21st birthday.

Back in the mid 1980’s the Youth Authority (AKA: CYA) was a pretty grim place. It housed a variety of offenders from gang bangers, murderers, thieves, and drug offenders from all over the state. Every one of them was out to build a reputation for themselves prior to hitting the big league (AKA: prison). I think back then there was far more violence in CYA than in adult state prisons in California.

By the time of my release I was quite an angry and hateful person. Anyone who has been incarcerated knows that penal institutions do not foster racial love and tolerance. My case was no different. I hooked up with an assortment of neo-**** groups until joining with the American Front, one of the largest skinhead groups in the US at the time.

I was free for about six months after my 21st birthday, at which time my son’s mom became pregnant. I became increasingly angry at everyone and everything. I ended up in a confrontation with a couple of guys in a parking lot and soon after there was a warrant issued for my arrest.

I moved to Salt Lake City to escape the warrants in California and was soon arrested for aggravated assault with a weapon. I had stabbed three people in a fight at a local night club. I was with two younger skinheads and the local punk rockers decided to show us how they jump people “Salt Lake City style.” It didn’t turn out too well for them. 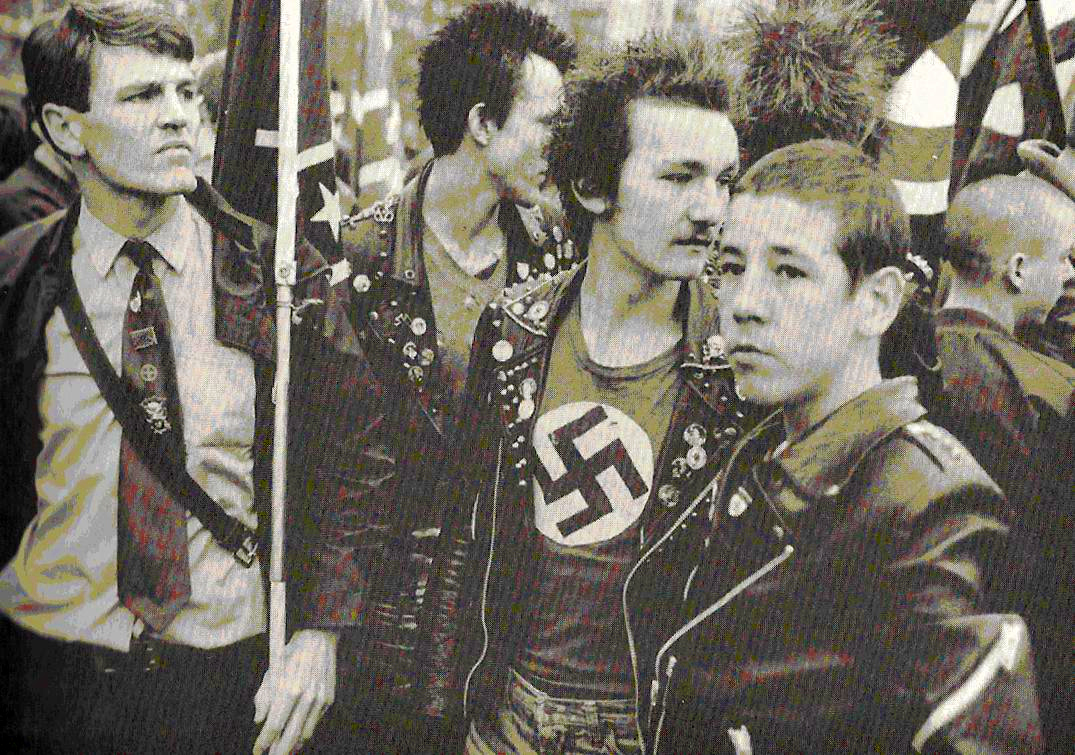 I was charged with a felony that carried a term of up to five years in state prison. In anger I told the judge to give me the maximum sentence because I was tired of sitting in County Jail, which he happily agreed to. I was then transferred to the Utah Department of Corrections.

I spent those five years in either Max or Super Max security. During this time my son was born which had a profound influence on me and how I looked at life. I also realized that if I ever wanted to be happy I had to figure out what I was going to do with my life. I came to the realization that working with animals (reptiles in particular) was indeed my passion. 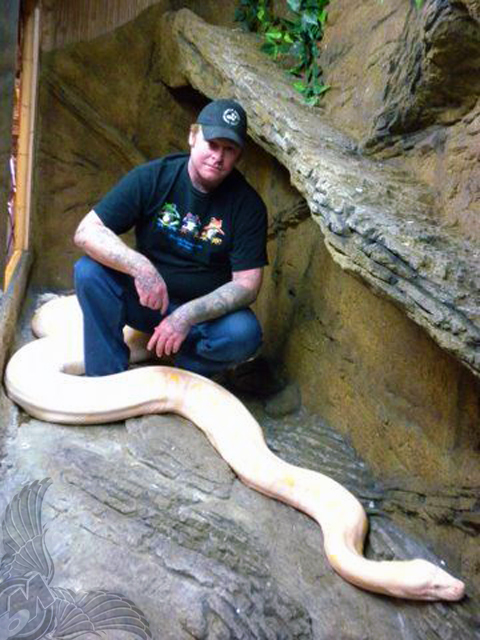 Upon release from prison I went to work for an old 1%er who rode with The Barons MC at his tattoo shop, which was my only work skill at the time. He gave me a chance with no referrals and no portfolio. It changed my life. I was actually good at something legal that I could make a living doing.

With parole finished, I moved to Las Vegas where I continued to tattoo and was involved with the reptile-keeping community which led me to work for the zoo. The best thing was that I also met the love of my life; a woman who has had a profound influence on me.

Even with these positive influences, I had some serious issues with drugs and struggled for years with methamphetamine and alcohol abuse. In June of 2004 I had enough of it all and made the decision to get sober. I went to a “sober living house,” got involved with a 12-step program, got a sponsor, and began to live life without substance use. 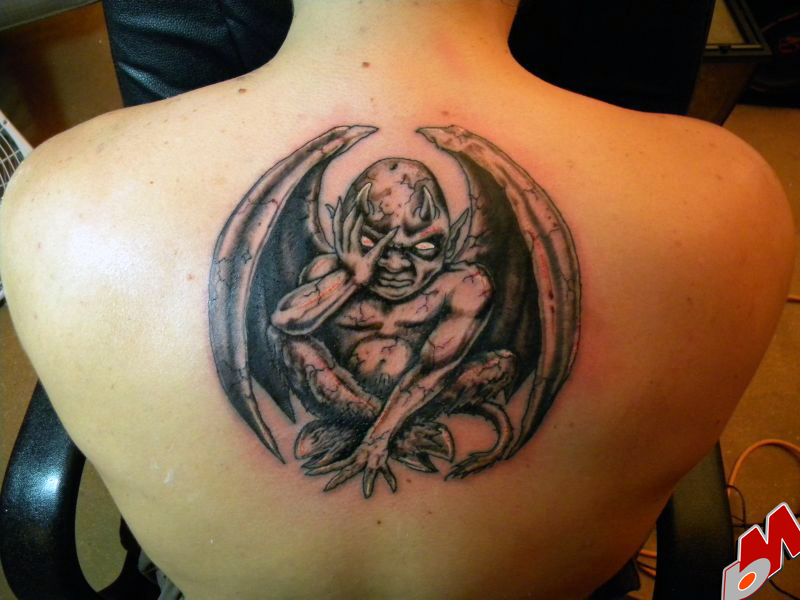 I returned to my home of Orange County California and have worked in one way or another since with drug addicts and alcoholics in recovery. I have been working for an old friend who runs a sober living/residential treatment program. After five and a half years of dealing with drug addicts and alcoholics, I think I have put my time in. I have become a bit jaded to the excuses and bulls**t that comes hand-in-hand with people usually court ordered into treatment. I prefer a good old drunk who just can’t take it anymore and is willing to do about anything to get and stay clean and sober. 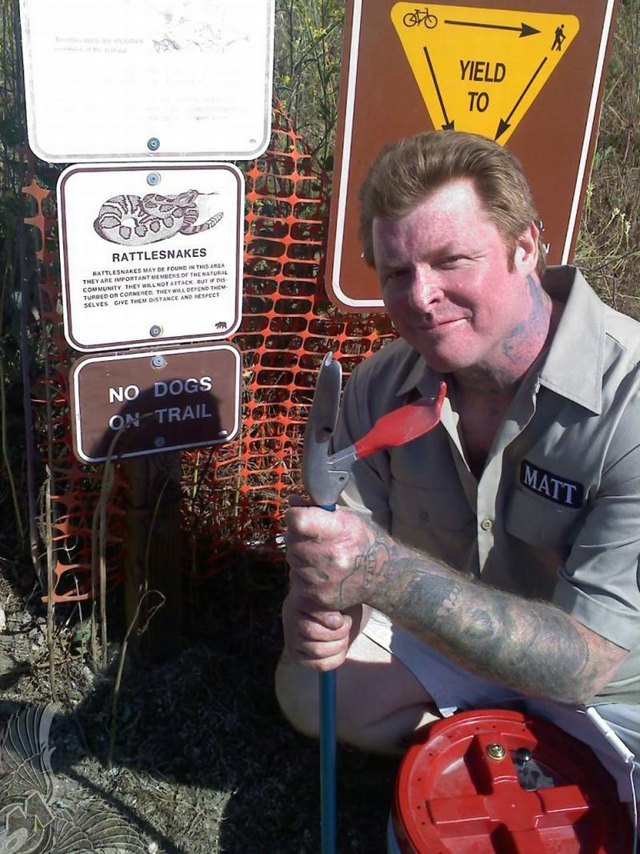 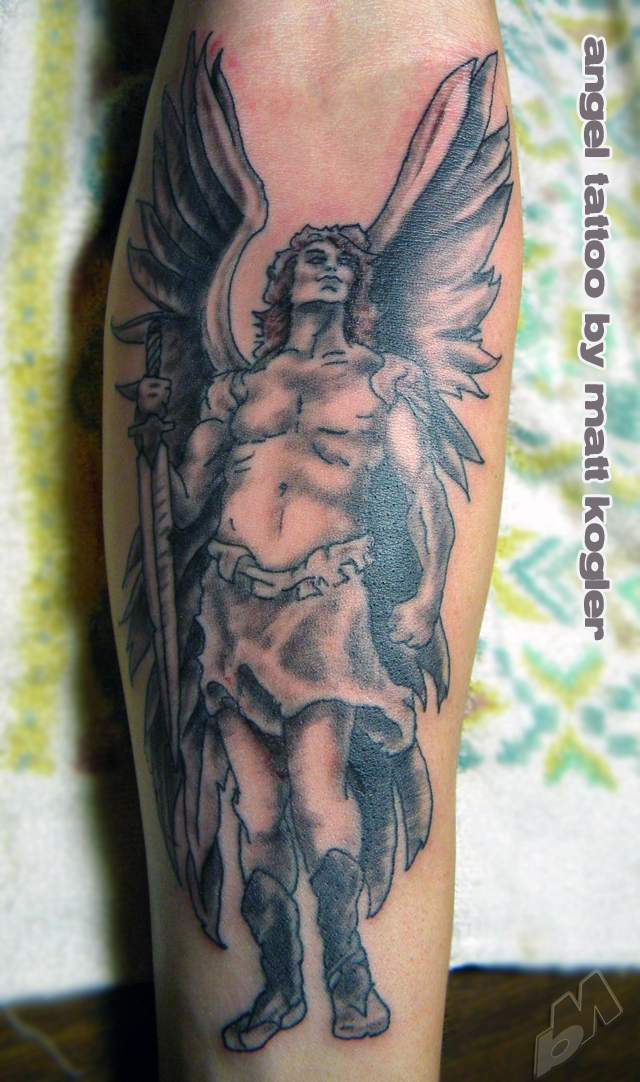 I also began an animal rescue in 2008 for reptiles who were in bad homes or had been abused. My organization was known as the Reptile Rescue Orange County. I took in animals that people either no longer wanted, or had not taken proper care of. I also offered a free service to Orange County residents of rattlesnake removal and relocation as an alternative to killing the animals. Sadly, in 2010 I was no longer able to continue to operate the rescue as the cost of operations had grown beyond my means. I ended up turning it over to someone else who could keep it going.

A few years back I got my motorcycle license and fell in love with riding. There is something about living this two-wheeled lifestyle that nothing else can compare to. My first bike was a 1996 Honda Shadow 1100. Six months later the tranny went out so I picked up a 2003 Shadow Spirit 750, which I currently own. After a few mods such as ape hangers and a rocket head light, I was set.

Today my life consists of reptiles, working as a night watchman for a drug treatment program, tattooing, and riding. I ride seven days a week, 365 days a year, and doubt I will ever own a car again. Considering my past, I think things have worked out much better than most people would have predicted 25 years ago. 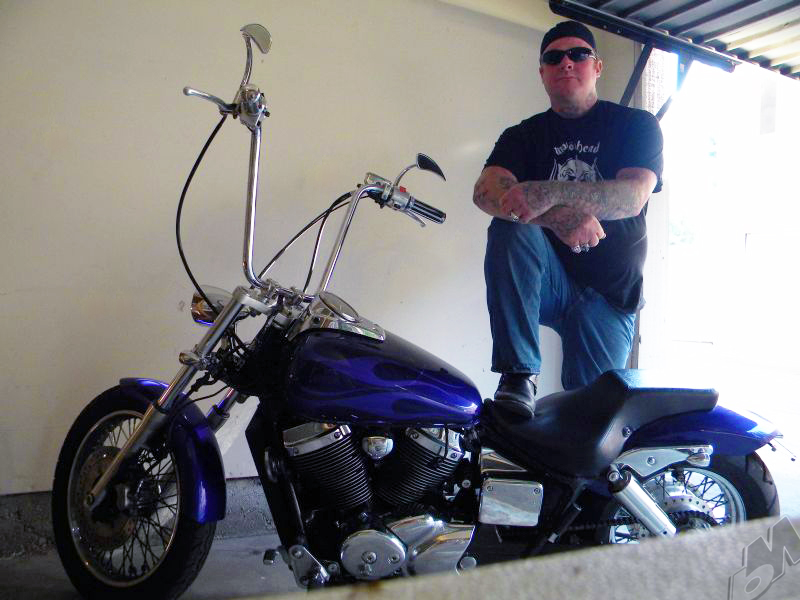