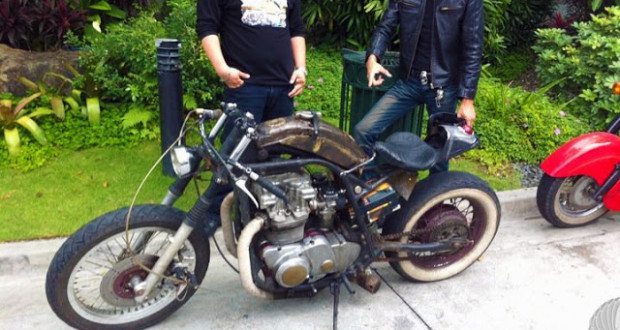 i’m getting my *** kicked by the final part of alex’s final installment of “setting up your home garage.” i worked on it for a few hours and realized it was two in the morning and had at least two hours to go to get it done. no can do.

instead of hitting the sack like i should, i scrolled through some of my favorite blogs to find something i could whip up quickly so you bastards could be entertained until i finish the killer installment before alex gets into frame building in what i’m sure will be a 12-part series.

what i did find was a killer something, i think it’s an old small bore honda cb but i don’t care to determine now. maybe tomorrow. or maybe one of my readers will comment. for now, just dig these killer pix snagged from one way ride: 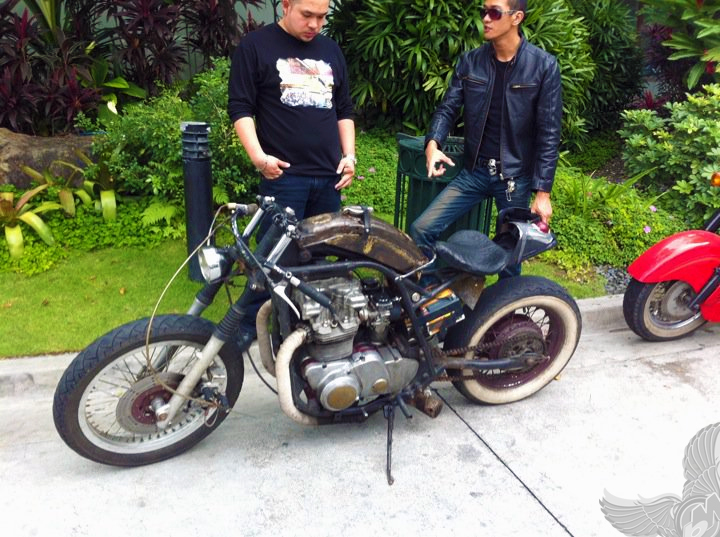 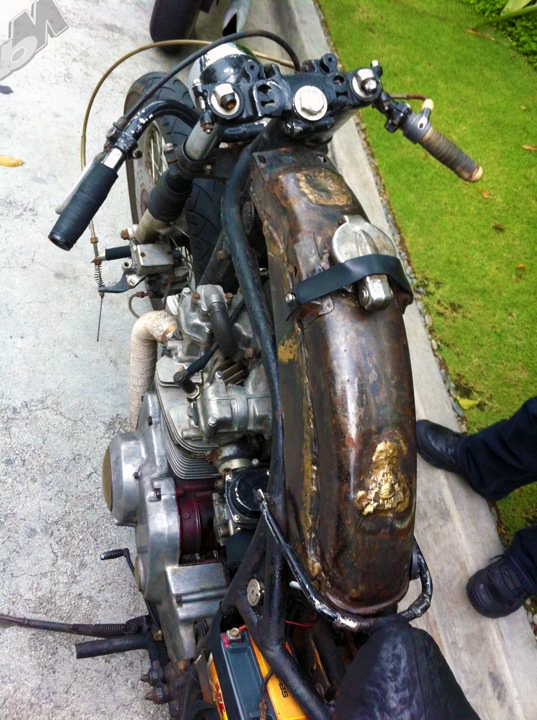 you’re all lucky alex helps out around here. i owe him $30 but feces keeps occurring. look for the techTip tomorrow afternoon.

here is another something i found on one way ride. i modified it for my artistic pleasure. if you’ve never seen it before, well, you’ll think it’s nuts: 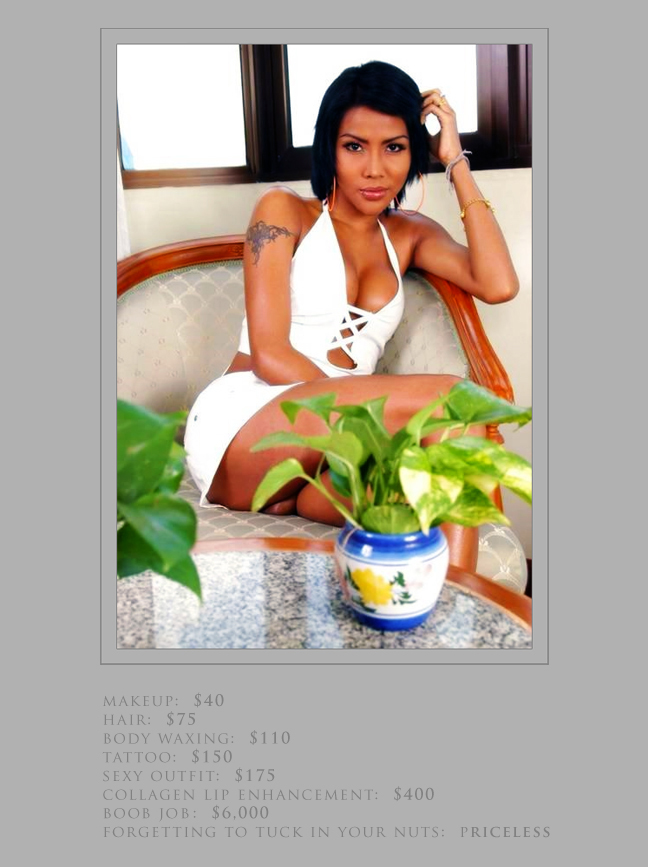 Previous: some frame from some guy
Next: don’t believe me and all the reliable sources i link to 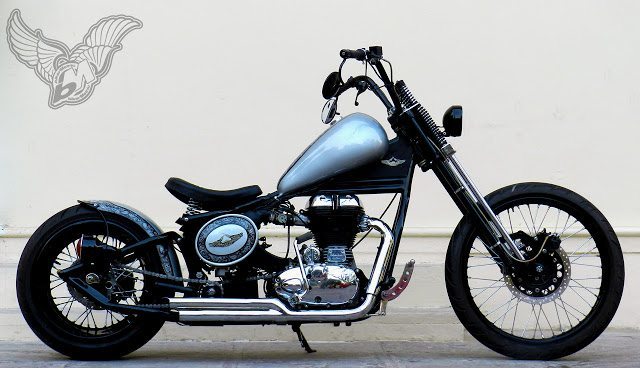 this is the latest custom enfield creation by vijay and the gang ... 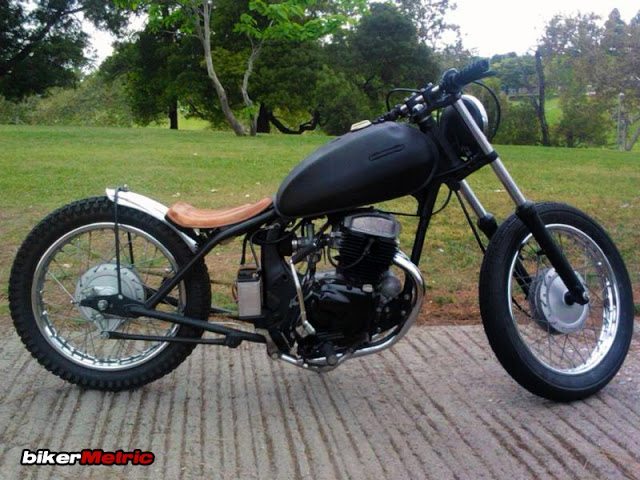 for more twinstars, check out brad’s honda twinstar site. all you wanted ...