usually weekends are kind of slow around here, and saturday is always the quietest day on bikerMetric. not this time. 3,500 of you cats and kittens came by this weekend and it looks like well over 2,000 are going to visit today. that’s amazing.

it’s not like some huge site mentioned my humble metric madhouse this time, either. i’ve taken some ad dollars and invested in google adwords but that seems to bring in an extra hundred a day, not 900. it’s simply a ton of readers from all over the world dropping by. thank you.

my emotions about this are best exemplified by the following extreme lowriding triumph chopper i yoinked from wasted wheels over the weekend:

i’m hoping to get part two of alex’s series on how to build your custom motorcycle frame soon, but it seems he’s got some pressing issues to take care of. look for it later this week, though. 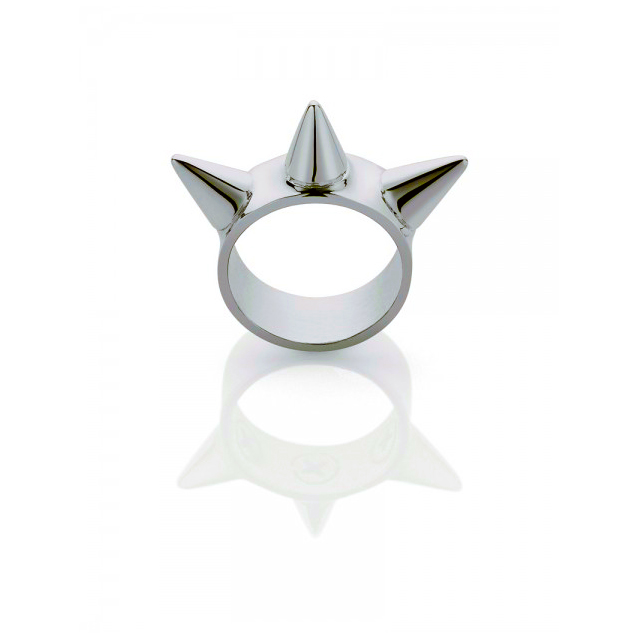 we’re getting a killer response to the poll. it’s interesting that nobody is voting for **** or BJs, and 25% think love equates to “shut up i’m thinking.” it reminds me of the time i was in a bar and saw a beautiful woman who smiled at me. then i noticed she had a black eye and thought, “sh*t. she doesn’t know how to shut up.”

i stole that from dave attell.

we’ll see how the poll turns out next week. it’s still been less than a day since it went up.

you guys wanna see cool cafes? do ya? okay…. 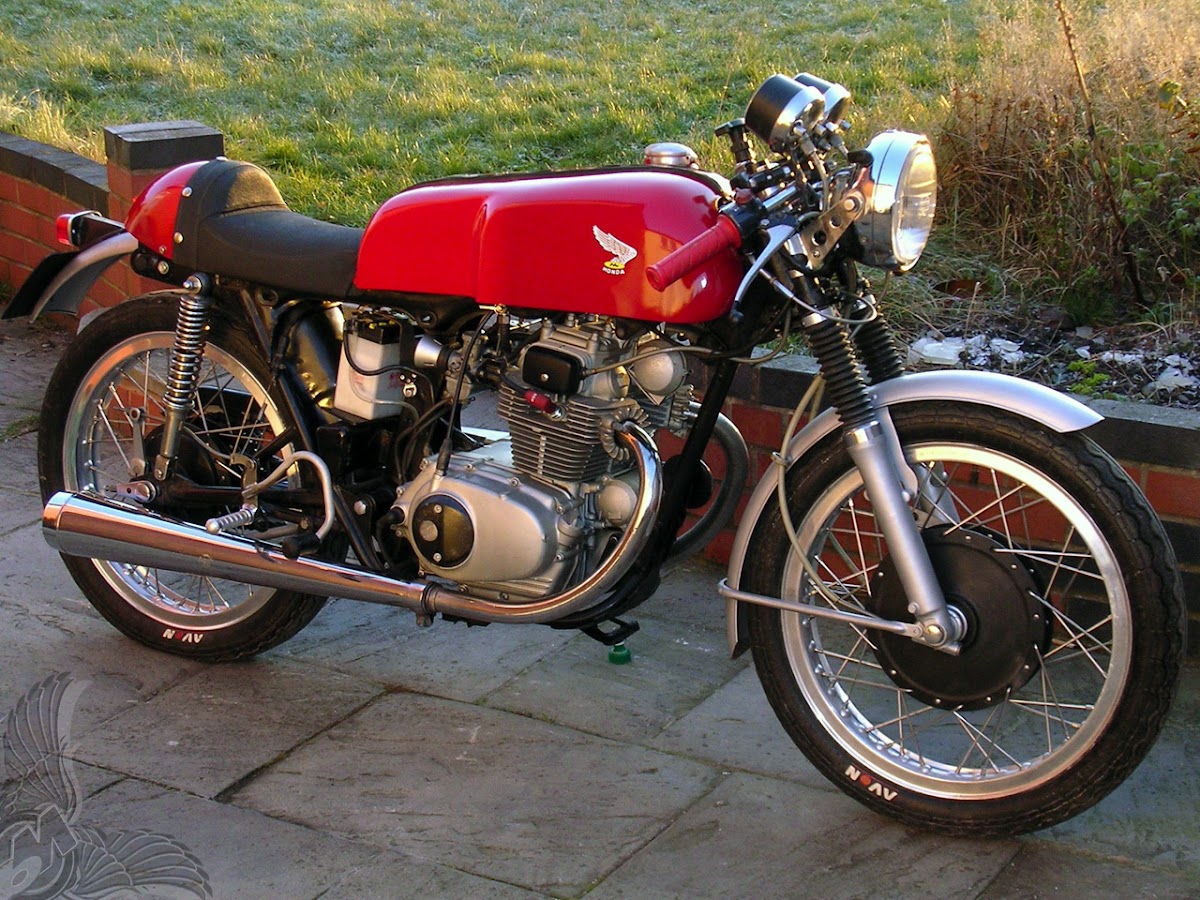 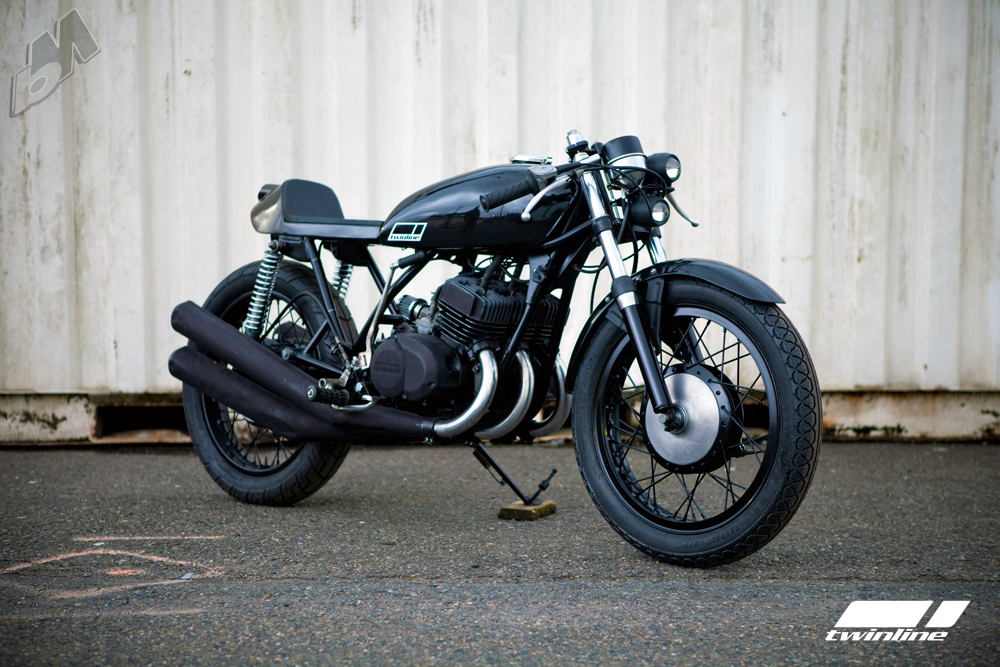 really digging the work these guys are creating in seattle. the pic above is a relatively rare 1975 kawasaki s1. it was a 250cc two stroke three-cyclinder screamer. it’s black. it’s clean. and the front lights/gauge assembly is a very slick design. check out twinline here. 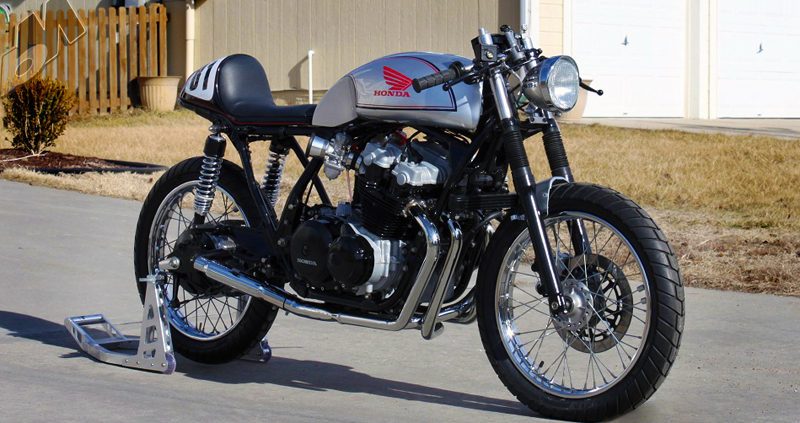 have you seen that killer cafe on pipeburn?  well. you oughta. nice interview with the builder there.

now for a photo of my future ex-wife: 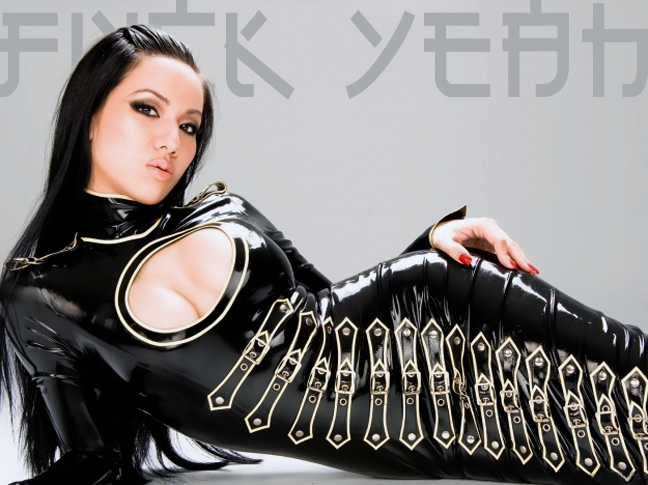