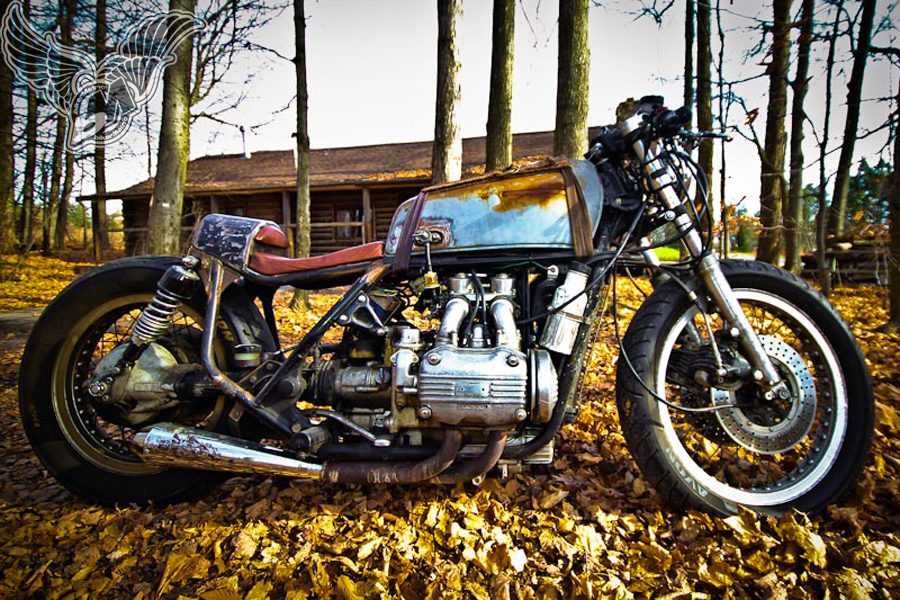 because i love rat bikes that show creativity, immediately i sought out the builder. here is our brief fb convo: 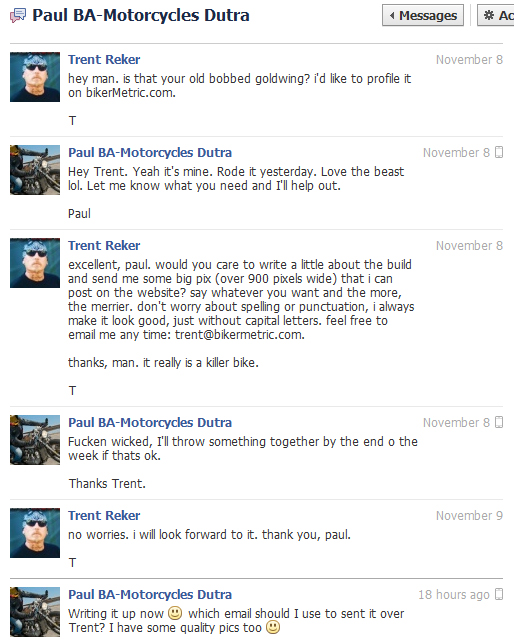 to say i was happy he could write relatively legibly and was interested would have been an understatement. then a week went by. then two.

by the time three weeks passed i’d written it off until the builder, canadian paul dutra, messaged yesterday saying he was writing it up at that moment and had quality pix. 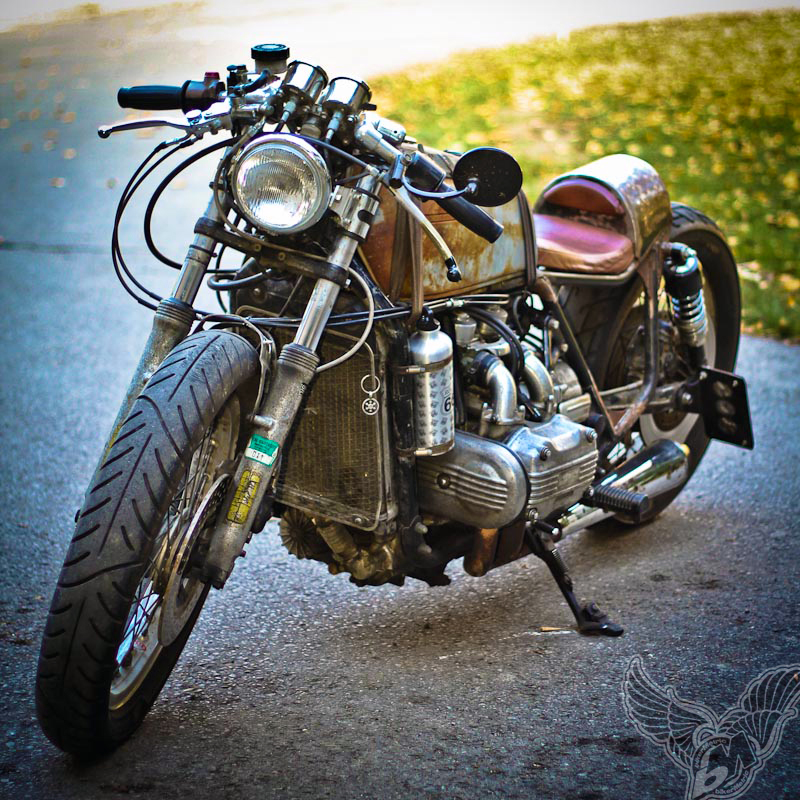 even more excitement! i love when i find a cool build and am the first to profile it for my loyal readers on bM. i work hard to find fresh stuff, not just yoinked pix from another blog. 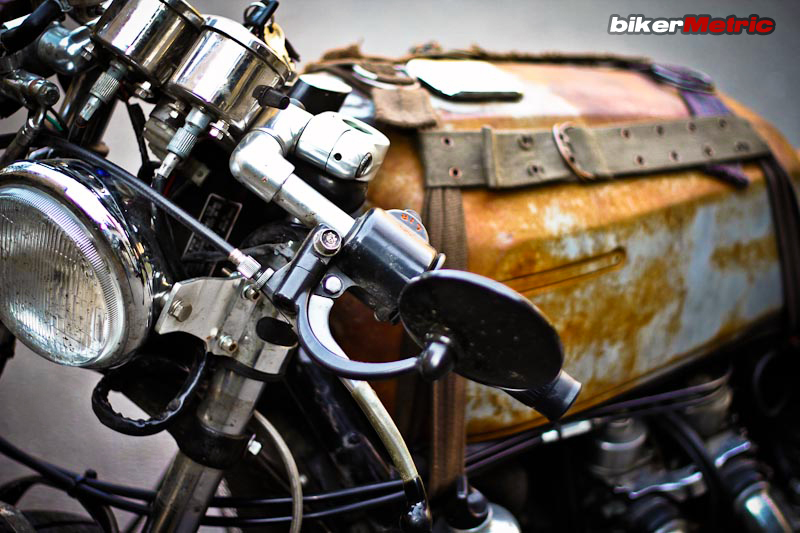 at about twenty minutes after midnight, i received an email with links to a page with a ton of nice looking photos of the bike, taken by paul’s friend, “mondo lulu.” 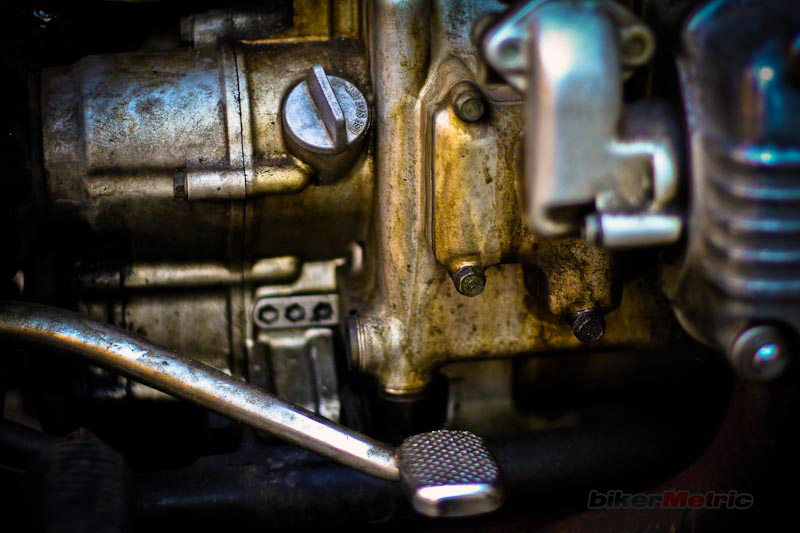 in the email he wrote, “Here is something I put together tonight. Let me know if there is something more specific your looking for.” there was no attachment and no build info in the short email, and i was getting off the computer at that moment. i figured i’d write in the morning if he hadn’t realized his omission. 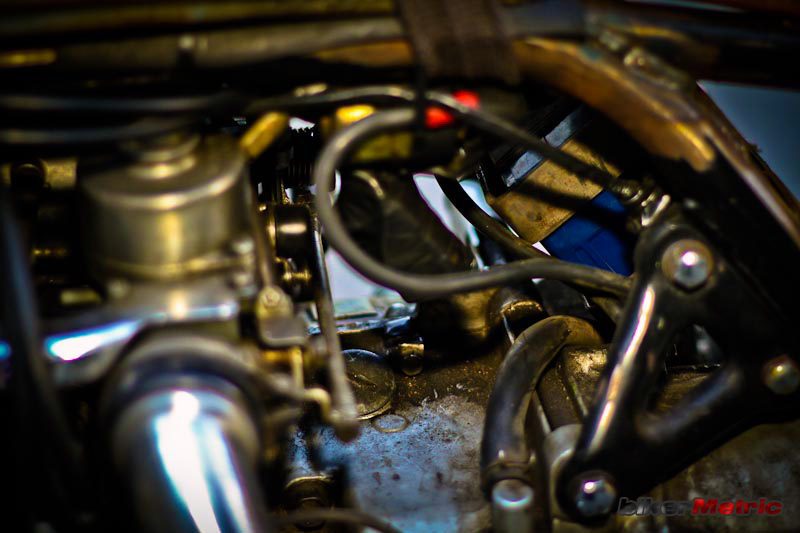 he didn’t realize. instead i woke to an email which asked, “I need to ask a favor and hang on to the photos until next week.” i wrote back, “why the holdup?” his reply was “We f***ed up and sent an email out to two other sites and now it’s causing some friction. We didn’t know there were competing sites but one of them asked for exclusive rights to release the article first. Should be out by the end of the week he says.” he ended the email with an apology. 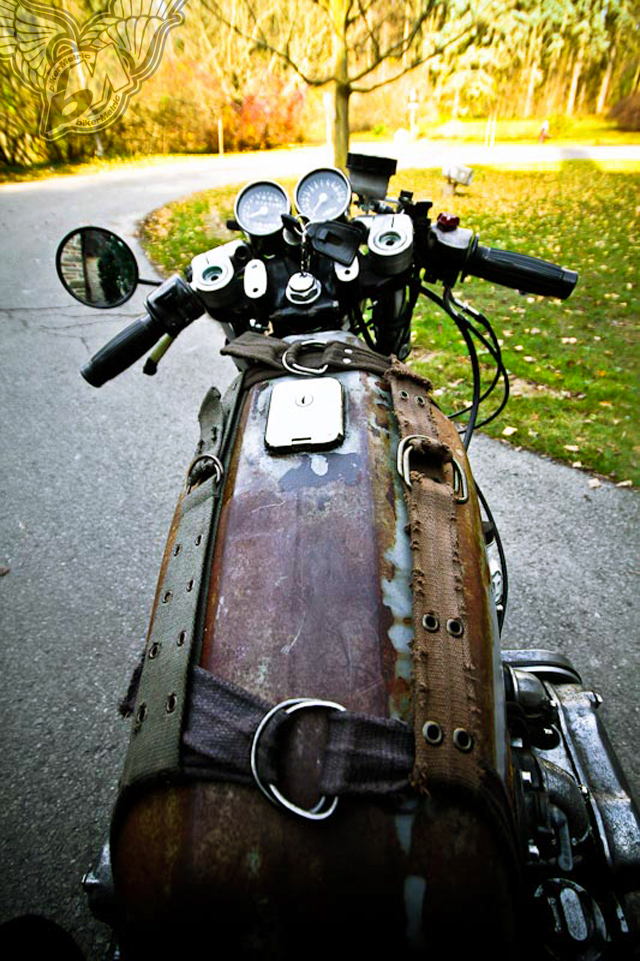 well…. now i have no build info and am being told my site isn’t worthy with an apology that seemed as hollow as a politician’s promise. where were those other sites when i asked for pix and info three weeks earlier? waiting for emails from builders seeking free publicity because they get over 100,000 viewers a month, that’s where.

meanwhile the not-so-easily-typecast and definitely radical bikerMetric is out looking for fresh content, not sitting around waiting for a knock on it’s door.

now i was mad. guess what i did? 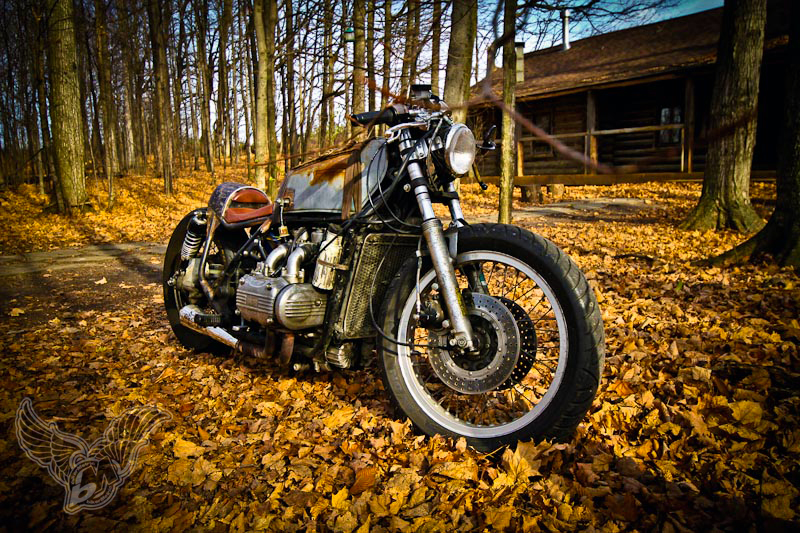 words. i wrote words and typed, “i never ask for “exclusives” but if somebody tells me they’re giving me pix & info and then tells me to wait a few days, i know what it means.”

it means i found a good thing and somebody is selling themselves to the highest ratings.

he replied “they asked for pics.” really? i thought he or “we” wrote to the unnamed blogs of jealousy. he also stated in that email how this was all “bulls**t” to him, that “I’m not one to sit in front of a f***en computer all day and looks for the site that has the most views or hits or whatever you call it,” while claiming that he only builds “a couple bikes a year.” 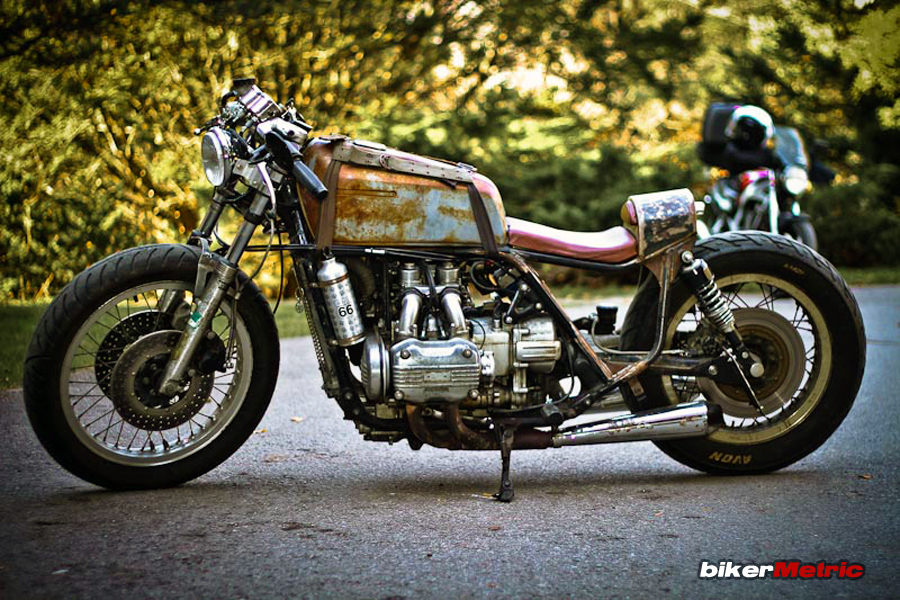 take a quick glance at his website and you’ll find more than just a couple bikes built this year. i let him know i thought the bulls**t was him, that he was a douche and a liar, and that i would now f*** off. 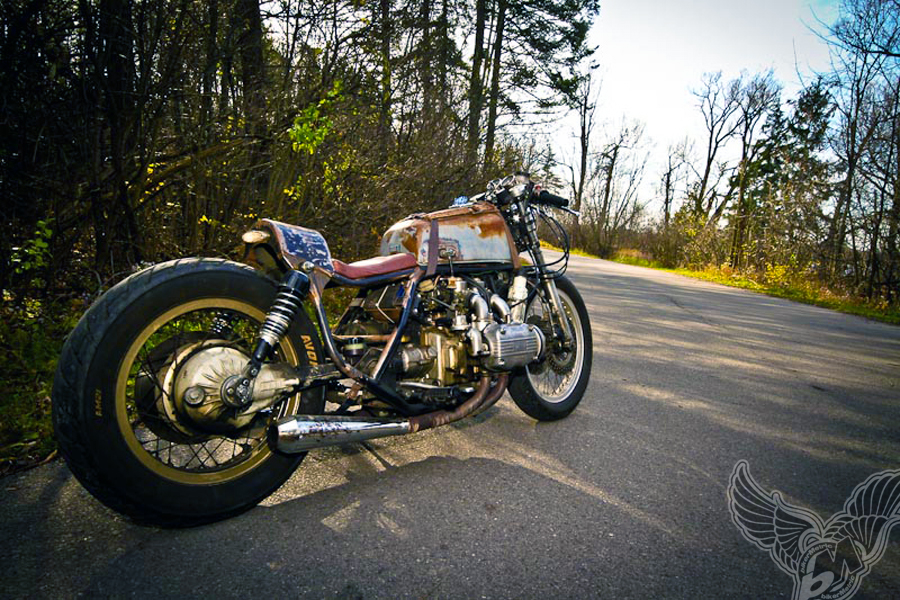 as for indirectly disparaging me for being “in front of a f***en computer all day,” it is not wise to f*** with an angry, beer-swilling writer. without us, there would be no history or records of all the dead people. dead, soulless people like this guy.

welcome to your footnote, paul.

and to those websites who demand “exclusives” for an artfully beat up honda gold wing as if it’s a falcon vincent?