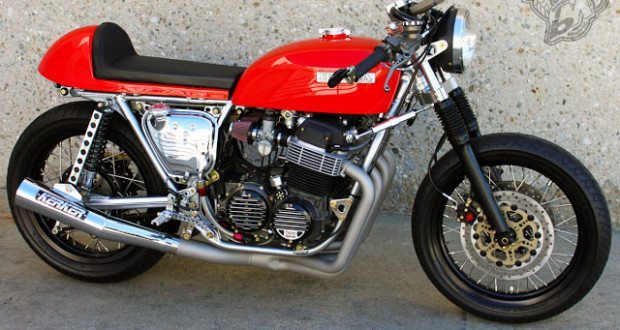 bryan from joker machine emailed some slick pix of their latest custom build, a 1972 honda cb750k. 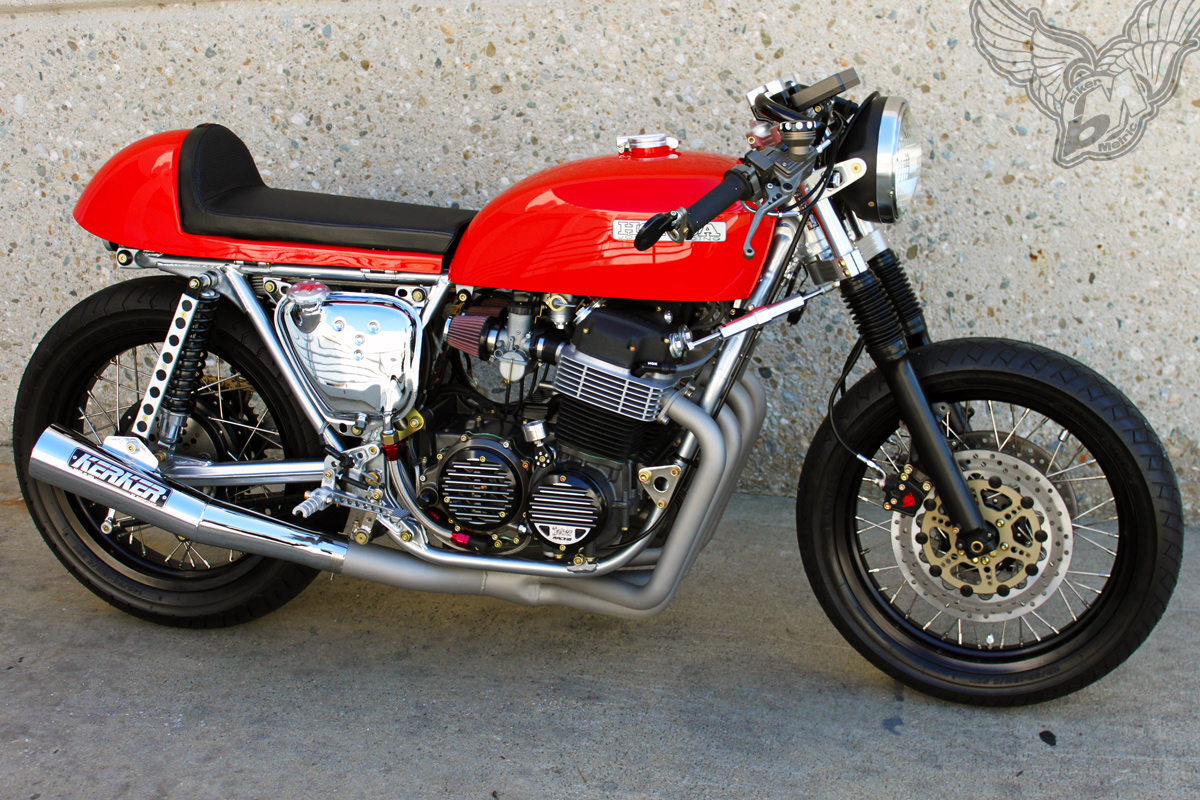 having had no idea joker was making metric parts, as i always knew them as creators of parts and accessories for harleys, i asked bryan why they started to hit the metric market and he replied that richard, one of the owners, actually started riding on a honda when he was young and “kind of got more in to harley’s as he got older.” 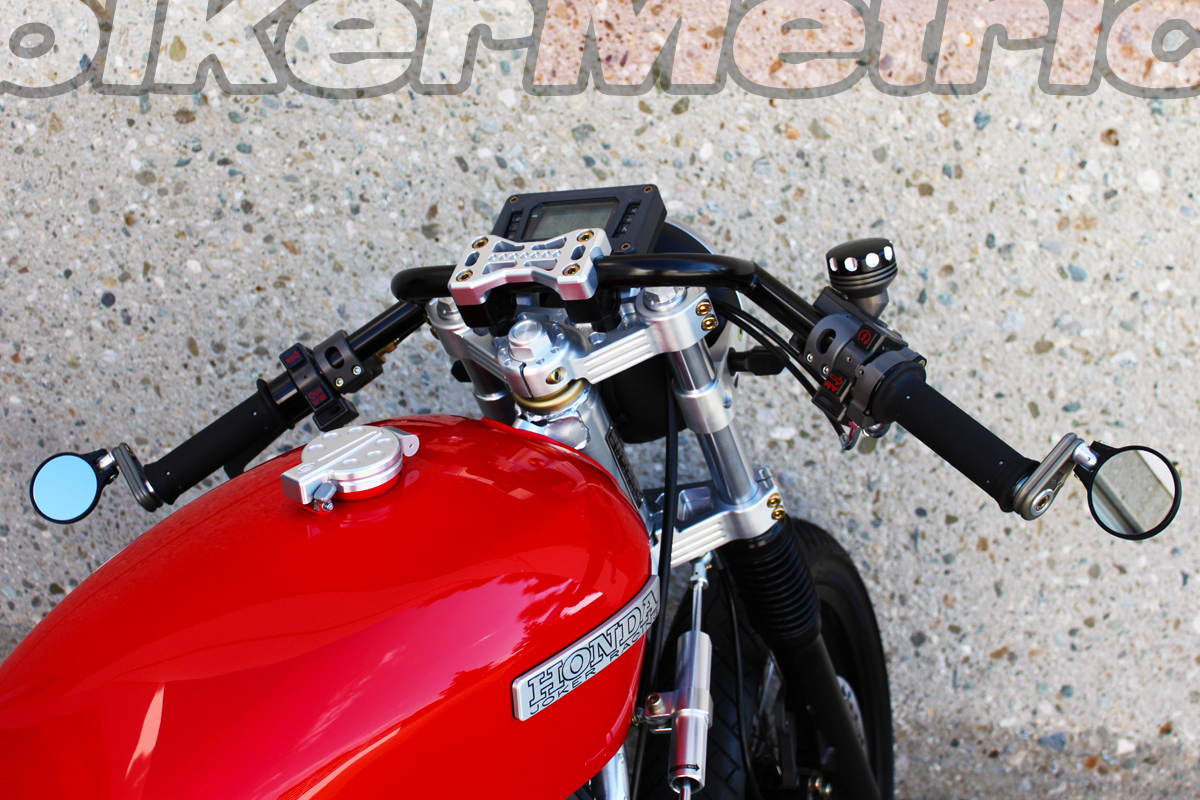 but the economy soured and everybody who bought a $60,000 “custom” with a 120″ s&s motor couldn’t ebay them off for a third of that price fast enough to pay their mortgages. it took a toll on joker machine, and wasting no time, they bought this bike in 2008 from a basement in new york where it had been resting for 25 years. 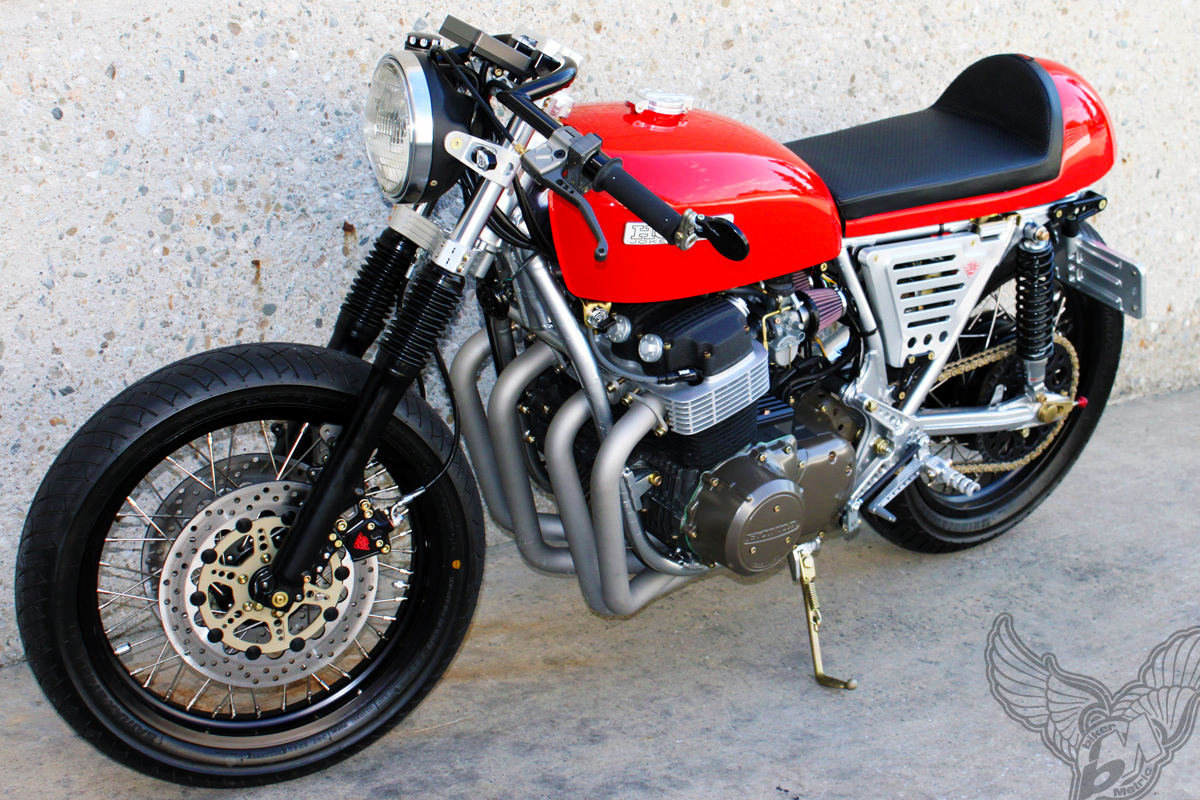 some of the changes and additions on this bike start with completely re-building the engine to original factory specifications. the guys then added a kerker four-into-one exhaust with ceramic headers, an airtech “flip-up” seat cowl which was strengthened with an aluminum plate underneath, biltwell clubman bars, excell 18″ rims which were laced to stock hubs with buchanan stainless spokes, and finally the bike was given a ducati red paint job by classic cycle restoration. 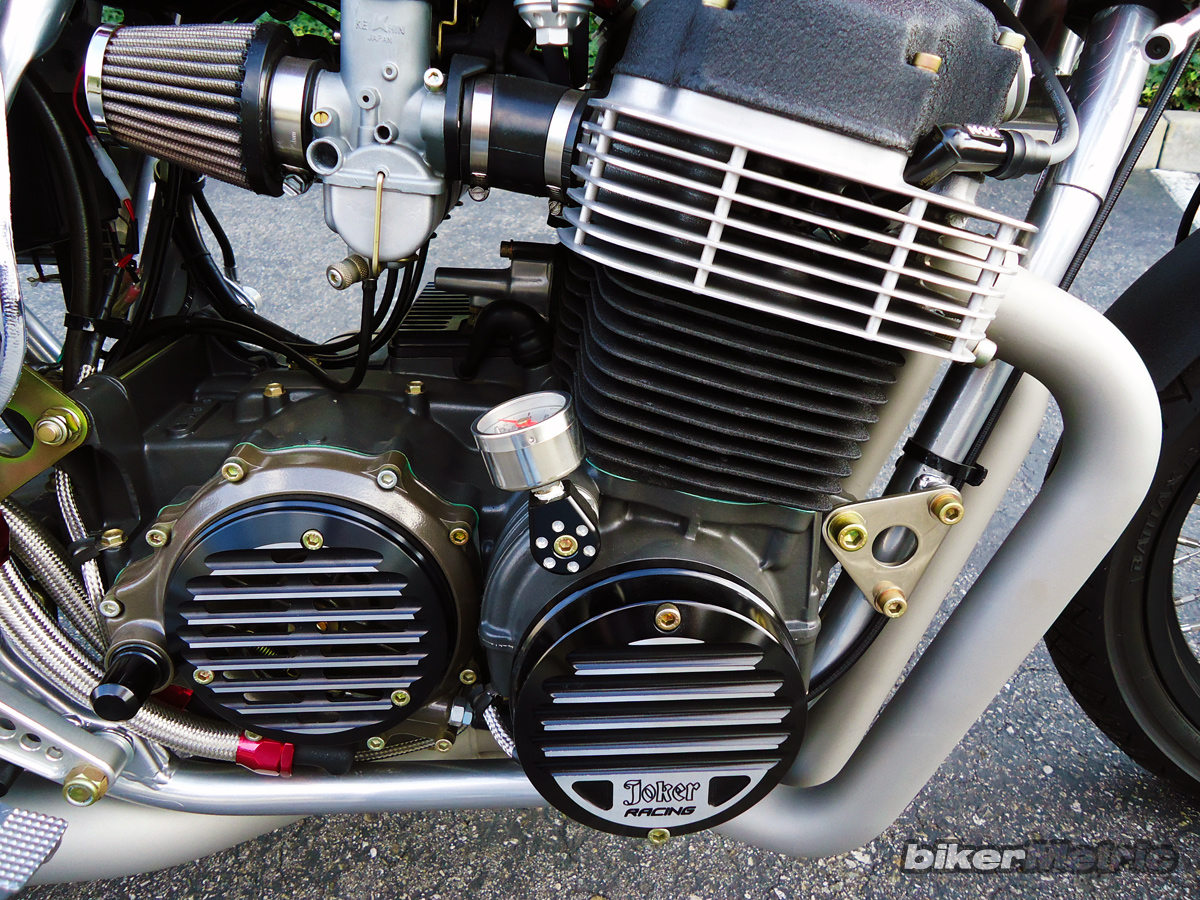 as you can plainly see, the bike was the guinea pig of prototype parts which are now part of joker machine’s current cb750 product line. 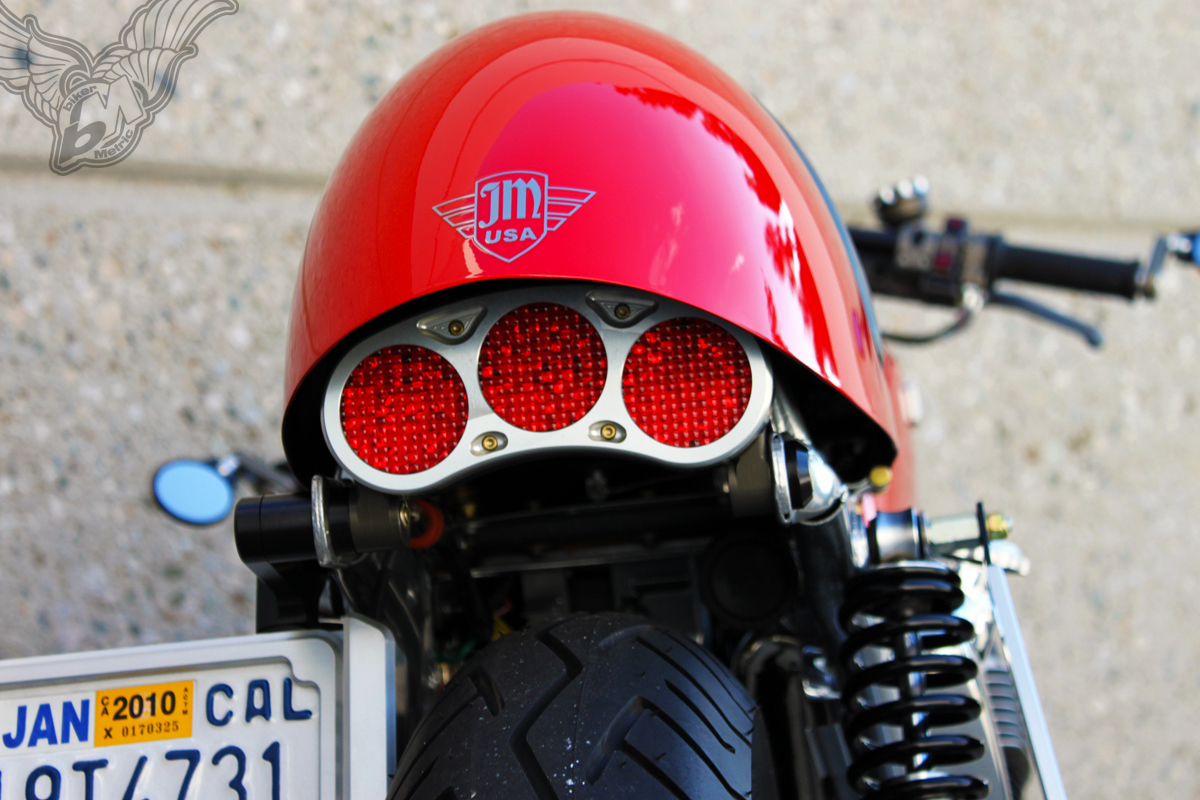 Previous: taking a trip to meet an artist and builder
Next: dag nabbit! 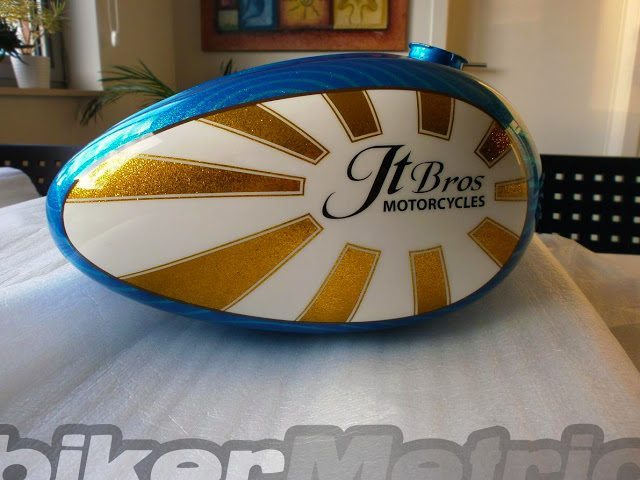 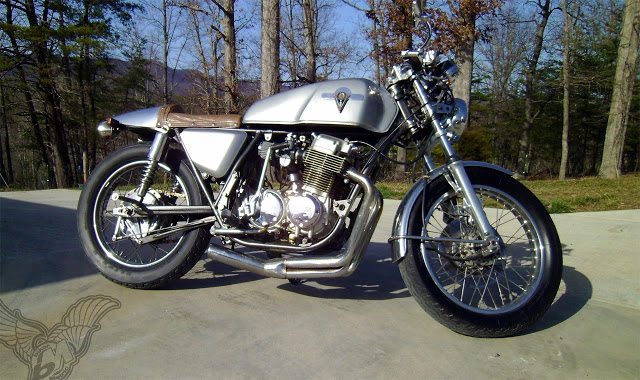 eric emailed with a new photo of his now absolutely, perfectly finished ... 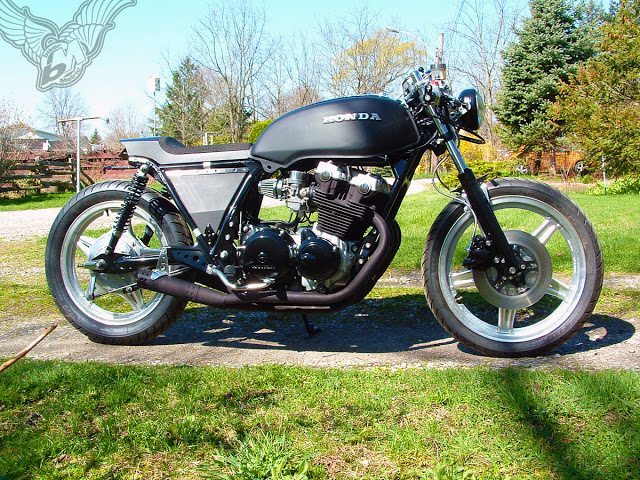