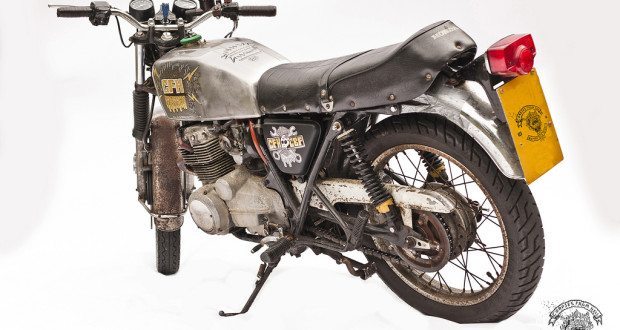 It’s Honda CB400 day here at bikerMetric, where we do whatever we want to. 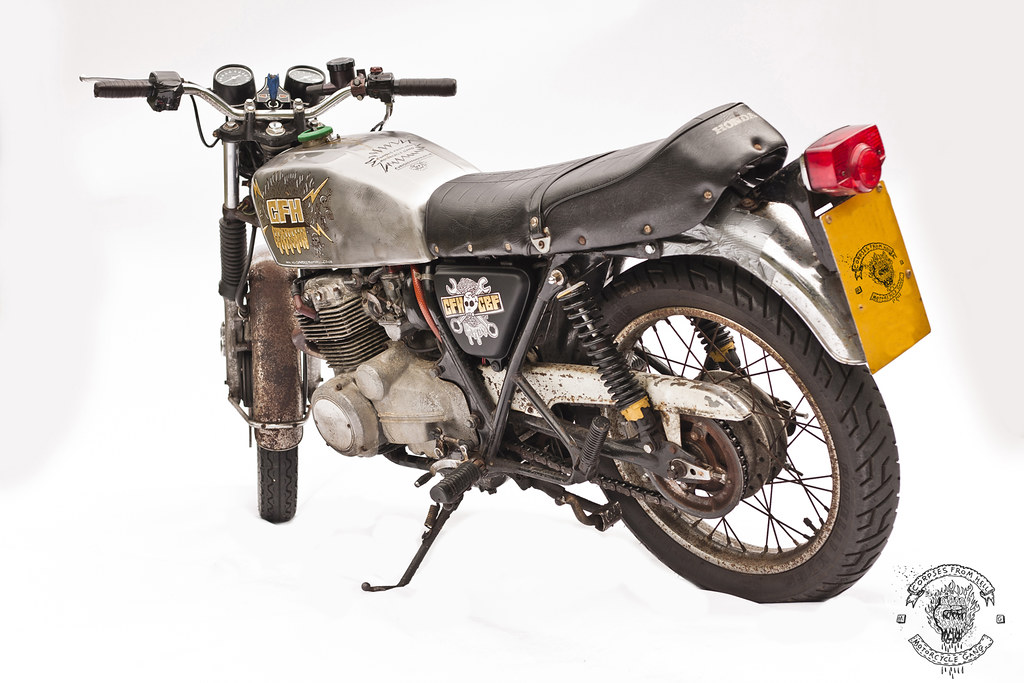 This CB400 rat was built by Corpses From ****. Click that link to see more pix and read a little about the build. 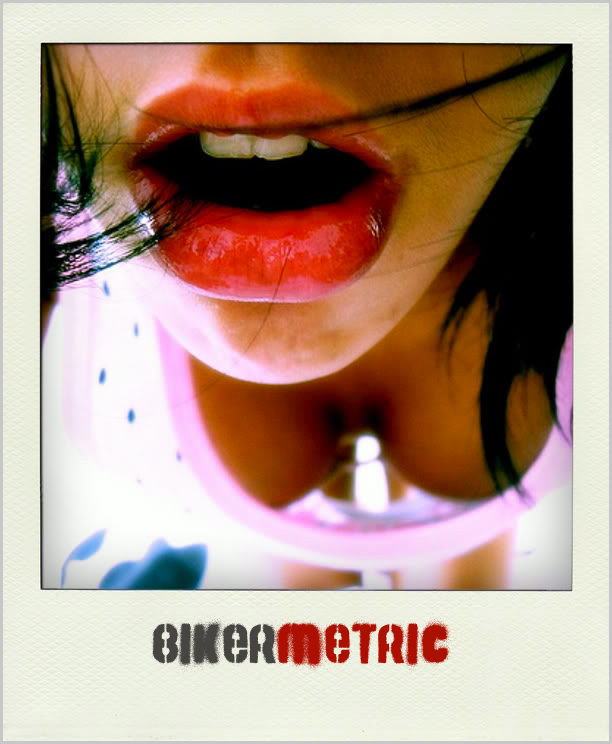 DJ iTime and her mother Alison Alpine, both former strippers with joint appearances in a handful of pornographic films, assert the girls who work in their club make more money when the club is playing “music to f**k to.”

“We don’t play b**ch and ho music,” asserts Alison, “Chicka-wow-wow is cool, but the lyrics have to be positive and convey a sense of mutual respect for the f***ed and the f***er.”

Queries as to why the club would limit it’s musical repertoire, casting out popular rap and r&b favorites, iTime offered, “It isn’t about ***, it’s about understanding and love. The music we play enhances the imagination,” she told us, “and the girls find it easier to relax a customer while f**k music is playing. Ultimately, all of our employees, management, and ownership has determined that this kind of music is greatly beneficial to our stripper-managed nightclub and our underground live-transmitted radio station.”

The boobie bar, Club du Mamelon, is not licensed by the FCC to transmit an internet radio channel. The Federal Corporation Commission, the political action committee which has managed the careers of the past three presidents, has denied the club a license to transmit on the airwaves every year since they first applied in 2006.

“We assert that the FCC is an unconstitutional entity under scholarly First Amendment testimony and citing every case the courts have faced where a suspect denies to take a roadside breathalizer, citing Fifth Amendment rights. We do not have to answer any questions to anyone regarding freedom of speech except to demand the right to transmit whatever we choose on our station.”

The station gets over 100,000 listeners daily according to web statistics.

Labeled “illegal pirate radio outlaws” by Chief Paper Pusher, Richard Weed at the FCC, he asserted that fines could reach into the hundreds of thousands of dollars. The legal ramifications do not seem to phase the women who own and operate the du Mamelon.

“It used to be illegal for women and blacks to vote,” Alison stated, “According to our constitutionally-given liberties, there is no reason a strip club cannot have a radio station. Why does Clear Channel and old money rule the air?  Do you know that Clear Channel banned “Imagine” by John Lennon for a year after 9/11?  They can play whatever they want and so can we.  Our girls are smart and beautiful and they learn from everyone they meet. We have taste and only want to share it. Puritans can protest all they want because it gets us on the news and packs our club. Companies are clamoring for ad space on our station, FU3000: The Sandwich.”

The dancers are able to Dj simultaneously by using a proprietary app created for Android mobile phones, which program the computer that plays the songs. The app also sets the songs in cue for the internet feed. When a dancer’s first song begins, many of the girls go to the DJ station and talk to the men, often telling dirty jokes, speaking about a social issue, or a tidbit about one of the songs they are about to dance to.  As they do this, the other dancers team up on the stage for antics that can’t quite be described in a family paper.

DJ iTime and Ms. Alpine stated that they expect records to show a profit for the project’s first quarter when they start to charge for advertising. The ladies will simply state “this set is brought to you by…” and the company name, address and website.

“We’ve never paid for advertising to promote what we’re doing with The Sandwich,” DJ iTime states, “publishing this conversation about a controversial topic related to *** is like dangling a one-carat diamond ring in front of the face of thousands of blonde suburban Dallas teenagers, except it’s *** and it’s men.” 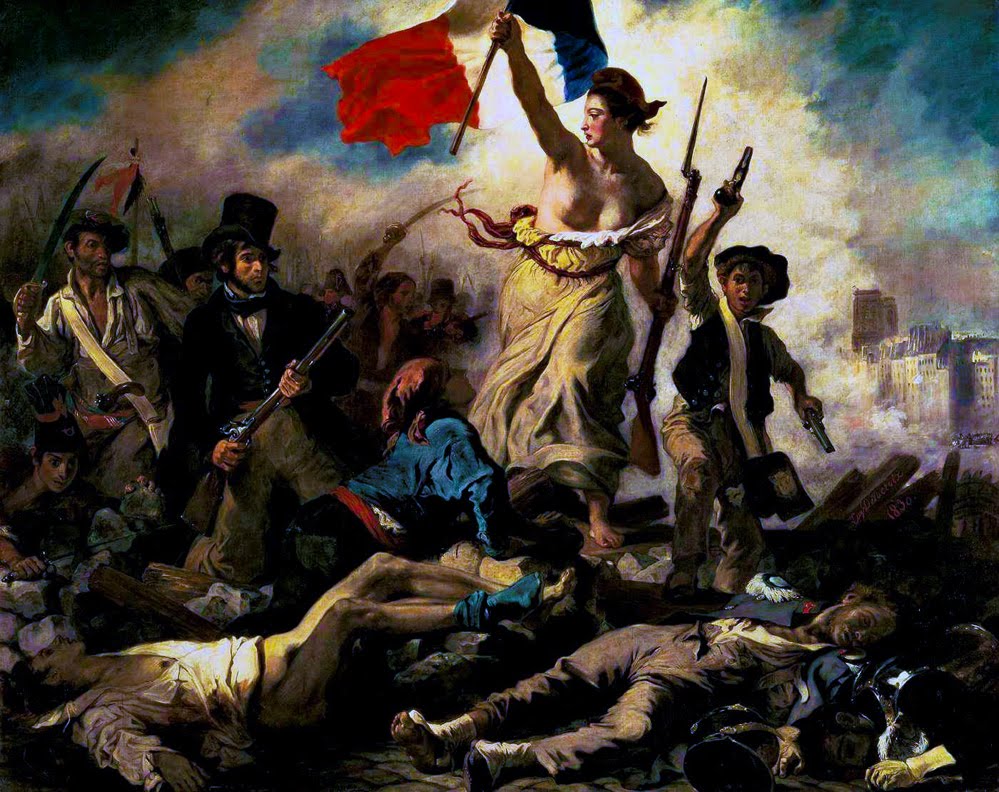 The first day Club du Mamelon starts advertising during their shows they will be throwing a bash to welcome each partner and to celebrate their customers. Their party is being billed as “defiant **** thrust forward for freedom.”

“It’s nothing special, just a regular weekend at Club du Mamelon, but our website at 101thesandwich.com has printable coupons for visitors to enter our club free that weekend, “Ms. Alpine remarked, “we are picky about who we let in, so men, please don’t think a coupon and a debit card will be are all you need. Our club is hassle free because of the code one must follow to enter. There is no shortage of customers to see our girls dance and DJ. Guys like talking about music and the girls often play something a patron requests as they give him a lap dance.”

At this point our interview was interrupted by a call came that came for DJ iTime. As she retired to an adjacent room, Alison Alpine continued our conversation.

“The Edge came in last week and our most popular girl, Indigo, let him get behind the discs. The first song he picked was “Strange Love” by Slim Harpo and she loved dancing to it. The guys were mostly silent through her performance and at the end they started throwing her ten dollar bills. It was delta blues danced to by a hot Cherokee stripper with a chrome pole and a pair of six inch heels.”

She paused for a long moment before continuing. I was feeling nervous. iTime returned, handing me a cold beer and said as she smiled, “We come for forgiveness and to raise the dead. New Orleans is beautiful and scarred. She’s a progressive city, believe it or not. Napoleonic law and good-ol-boy politics notwithstanding, we struggle through history and we believe that those in political positions of power care about us and seek to secure our freedom to express ourselves in a non-violent way through dance and music, and the occasional face full of ****.”

I enjoyed myself but spent more than I had budgeted. Visit Club du Mamelon for an experience you can have no where else in the world. Come Saturday for the Portishead hour at 11pm ’till midnight or later when DJ MJ dances and plays whatever the **** she feels like, on and off all night, usually until around 5 a.m. The girls promise to provide the background of soft laughter after every joke you tell as the smell of sweat, alcohol and *** wafts through the air.

The tattoo’d chick above is featured on a custom 1970 BSA A65 Thunderbolt with a Lightning head. The work was done by Matthew Neville, the bike’s owner. Respect to Matthew for letting us use his pic!