Home / Uncategorized / helping a motorcyclist on the side of the road 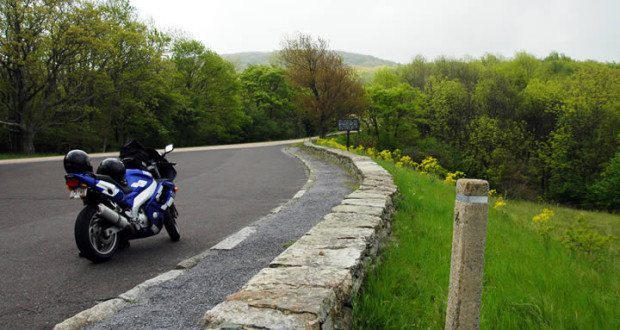 helping a motorcyclist on the side of the road

Camaraderie is one of the best things about motorcycling. We’ve all found ourselves travelling down the road and coming across a motorcyclist pulled over. We ask ourselves the same familiar questions: Should I pull over and check on this person? Is he or she in trouble or just stretching legs?

There’s one reason why you should stop: That motorcyclist is just like you. For every reason you have not to pull over and see if you can lend a hand, that motorcyclist has as many reasons why he or she shouldn’t be on the side of the road to begin with.

That’s how I met Raila, a motorcyclist on the side of the road. She had taken off her helmet but was still wearing the rest of her motorcycle gear and talking on her cell phone when I rolled up behind her. From what I understood her motorcycle had begun sputtering and was acting as if it had ran out of gas.

I’d worked in the motorcycle biz for two years. In my experience, when a motorcycle starts acting like it’s out of gas, 9 out of 10 times, it is. Ask a mechanic what makes more mistakes, a motorcycle, or a motorcyclist. Generally our favorite machines are pretty reliable.

We took a look down the gas tank. Bone dry. Raila pointed out some gas way down there, but she had to use a flashlight to see it. If you need to look that far down, it’s time to hit the station.

Raila’s husband was going to drive from across town through 5:00 traffic to get her. What a waste of time. There was a gas station about a 10 minute ride away. I rode to the gas station, bought a jerry can, put a gallon or two in it, and rode back to Raila. I poured the gas in to her tank, spilling gas all over it in the process, because you can never just help someone without ******** something up.

In hindsight I was an idiot:

I left Raila without even trying to see if her motorcycle would start after we gassed up. I just assumed it was magically fixed. Oh well.

Raila, if you’re out there, many safe trips!