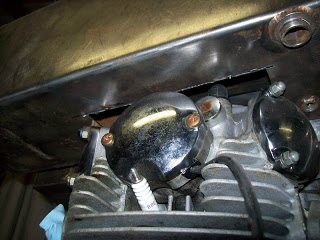 All right. As you could see from the photo in the post below, last night Jeff notched the bottom of the tanks to “get them down over the motor a bit so their tops would be more in line with the seat.” He’s very happy with the mods. So am I. The flow is very nice and while the seat may go back more, it will still have a clean line from the tanks. 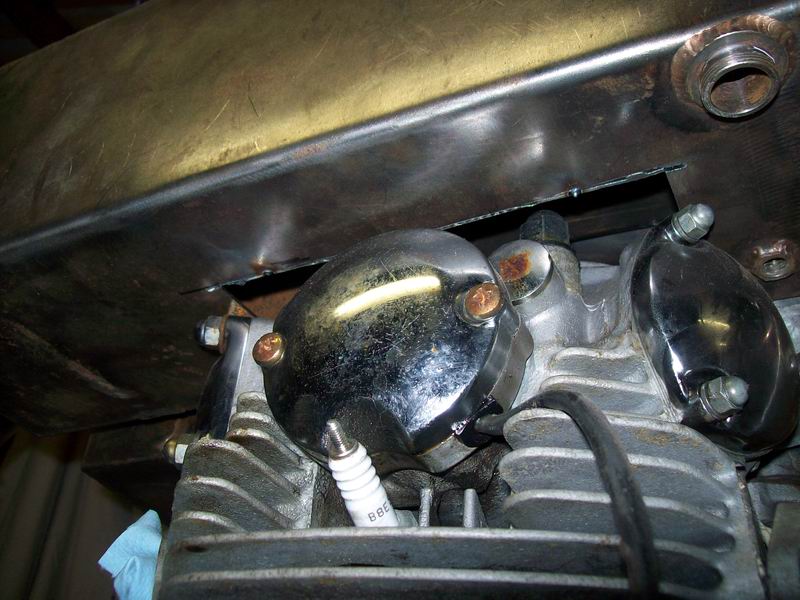 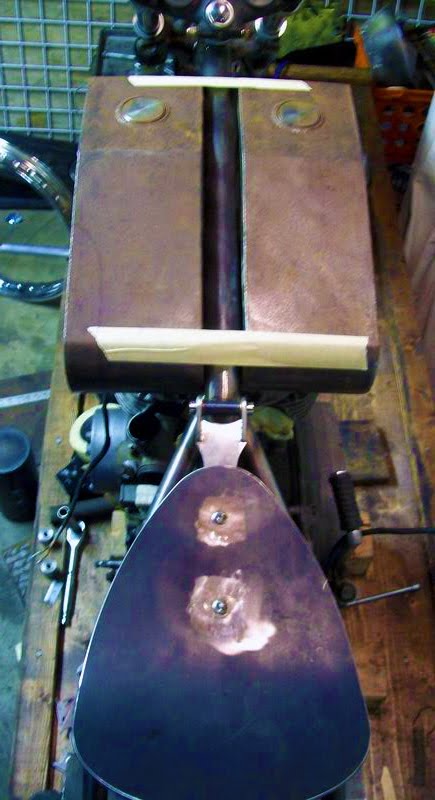 He then made a new top tube that follows the contour of the tanks and dramatically drops the neck down from it’s stock height. It looks great but ****, those tanks are too freaking wide. He knows this and if you look closely at these photos you can see marks where he may cut and round them off to add some smoothness to their boxy nature.

We want the bike to be narrow, with flat tanks on the sides, but not boxy. There’s an in between that these puppies don’t allow for in their current iteration.

For the record, Jeff bought these off a dude at the Jockey Journal and I’m beginning to wonder if we shouldn’t have just found some old Honda tank off eBay or shaved the sides of a Mustang-style tank. Too late now! Gotta roll with these to get the bike in Austin before our Motorbike Bash. 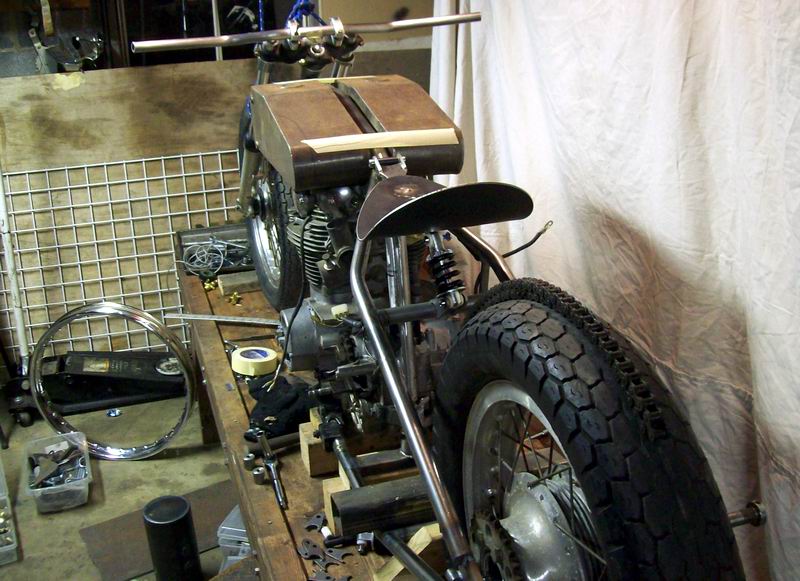 Not much will be left of the original stock frame. Jeff is about to undertake the biggest frame challenge of his life because he foolishly agreed to adhere to my original design. Last night he wrote, “I reduced the rake a bit from where I had it and tacked it together to see where I am at. Then I started on the front tube and motor mount. Overall, I feel a million times better about the direction it’s going. I just might pull this off.”

You better, motherf***er. I don’t have money for beer because of this. 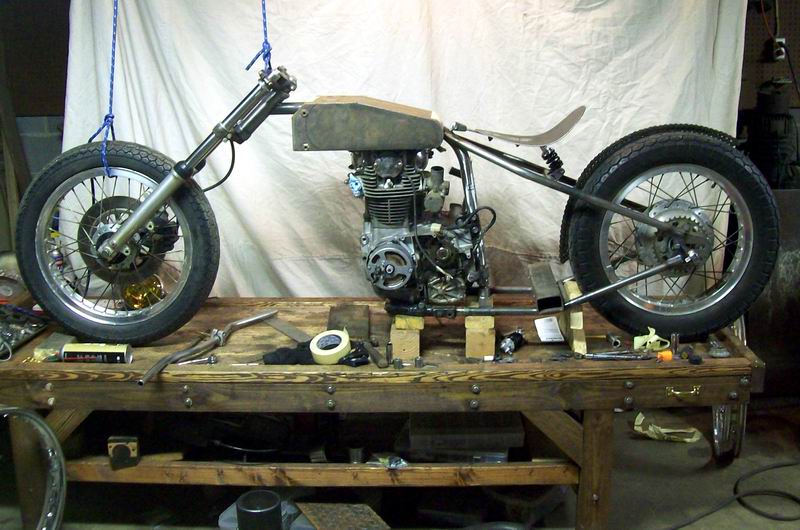 Jeff is guessing that we’ll have about seven inches of trail, which will be fine for a light bike. I was hoping for six, but we wanted the FREEDOM OR DEATH MACHINE to be longer, therefore, more trail. We’ll give you guys exact dimensions when the frame is complete and we have the tires and wheels we’ll be running fixed into the bike.

We’re happy to report that Jeff sustained no injuries during last night’s effort and no tools were busted. You’re on a roll, man! It’s the butter that makes you slide off…. 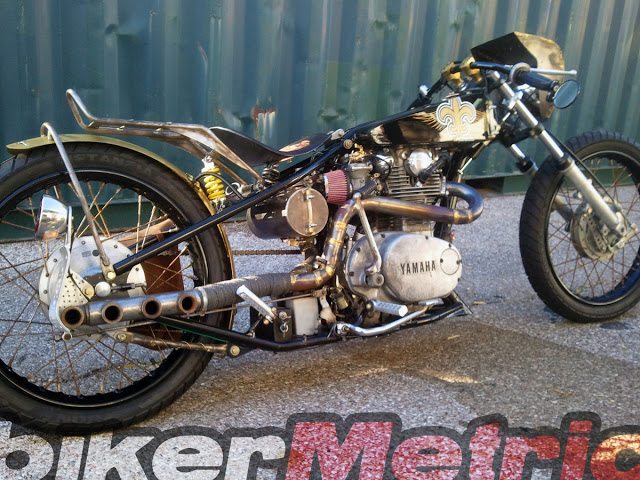 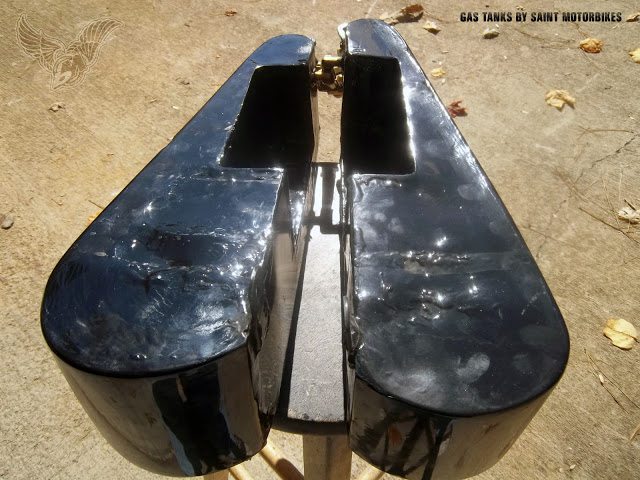 PEN VS. SWORD video and death defying resurrection of the FREEDOM or ... 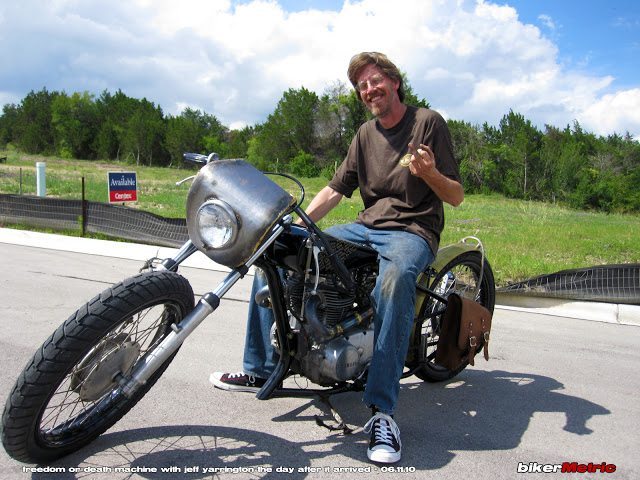