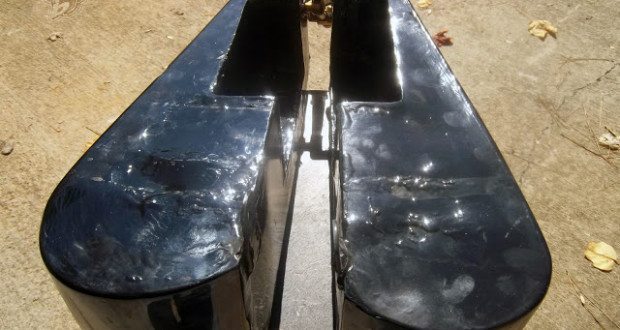 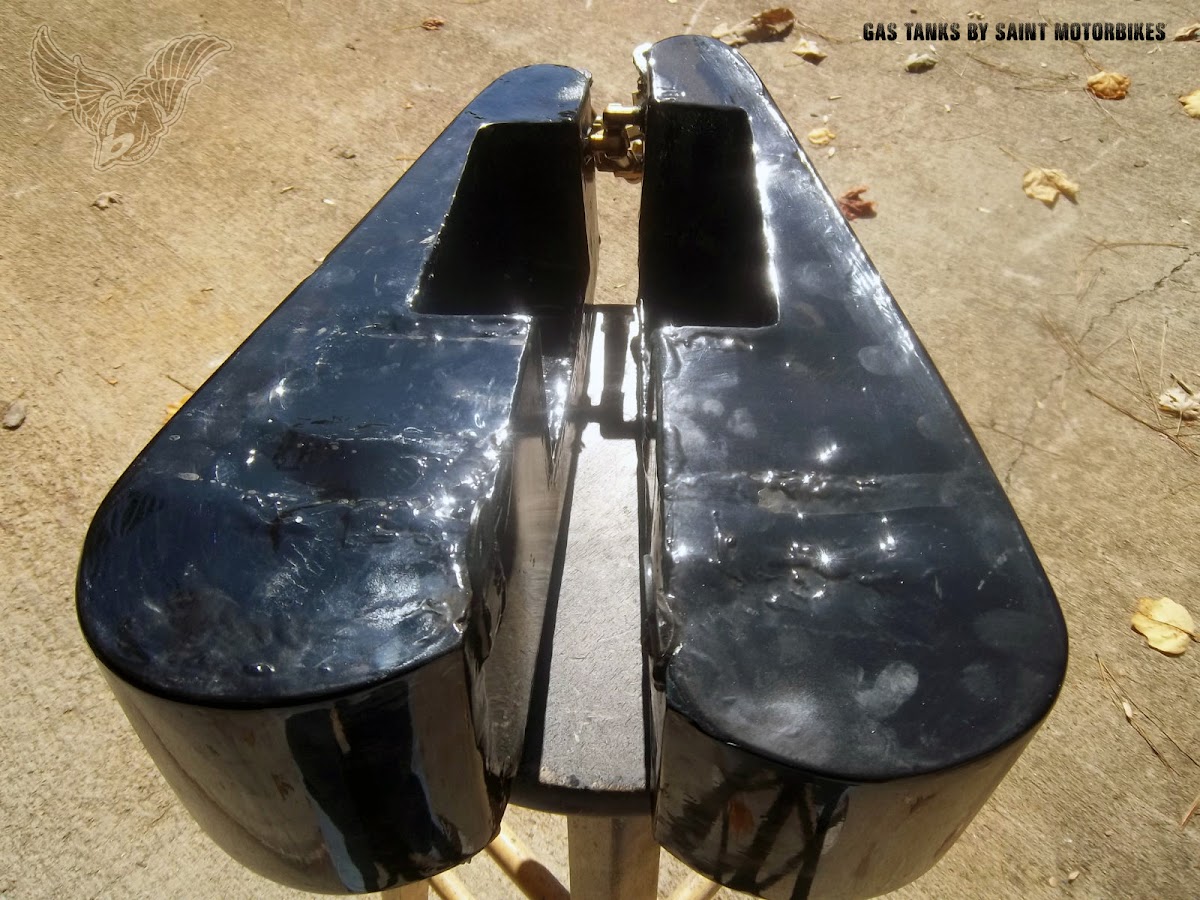 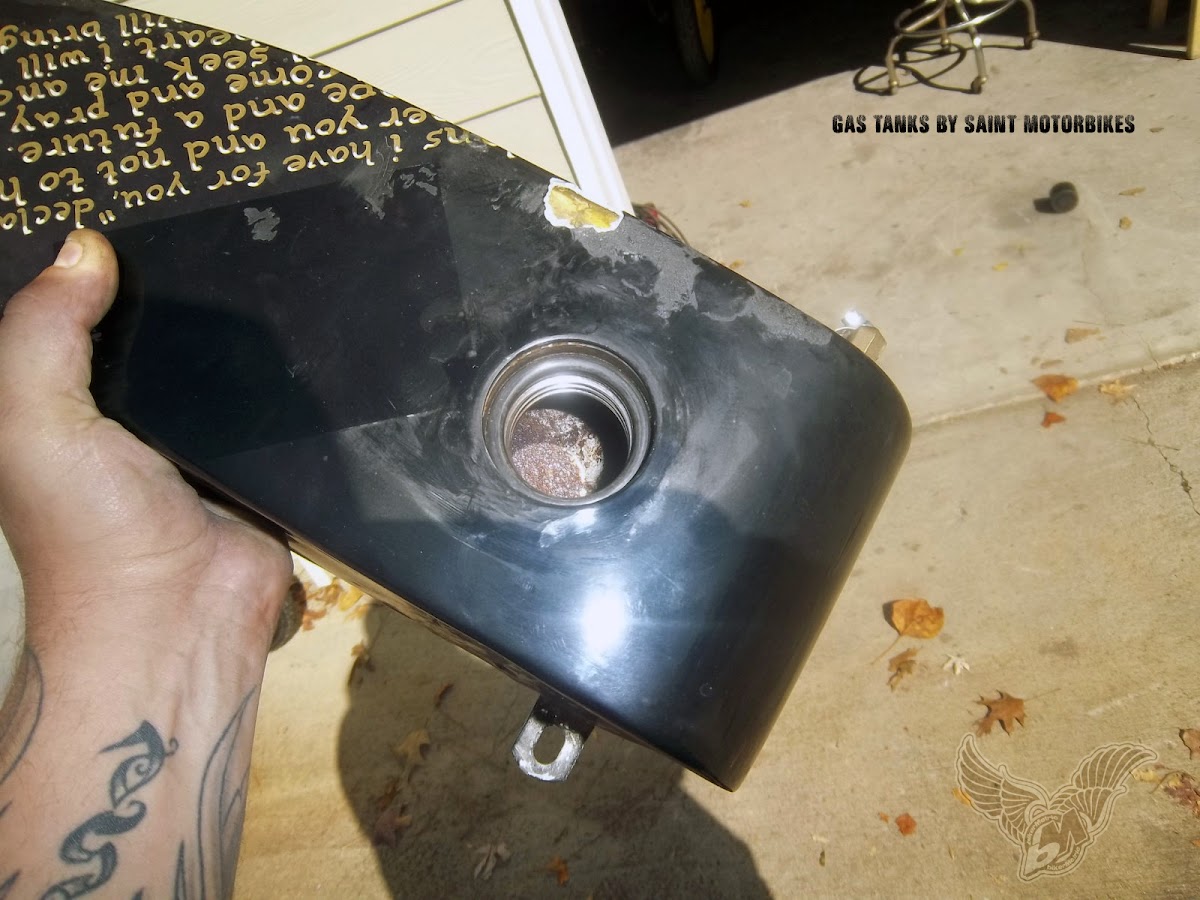 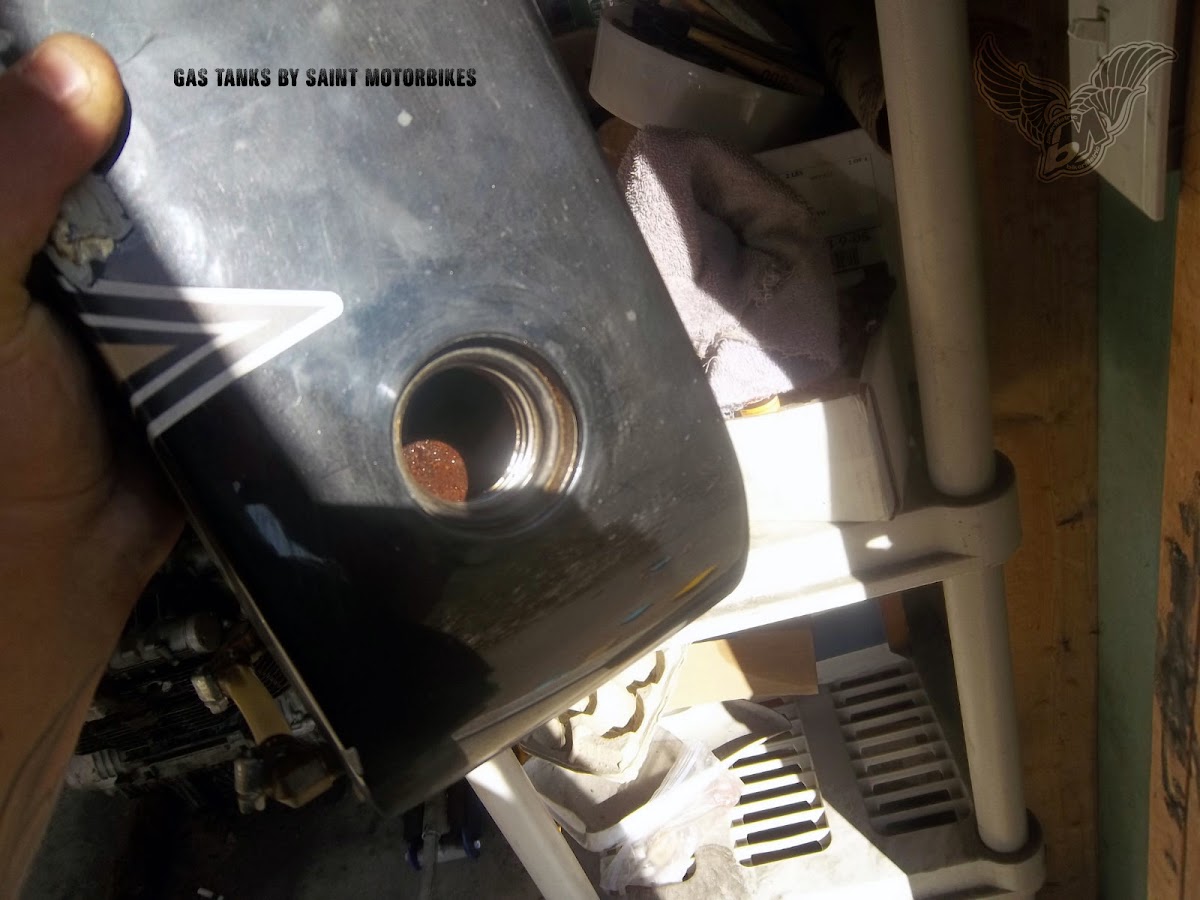 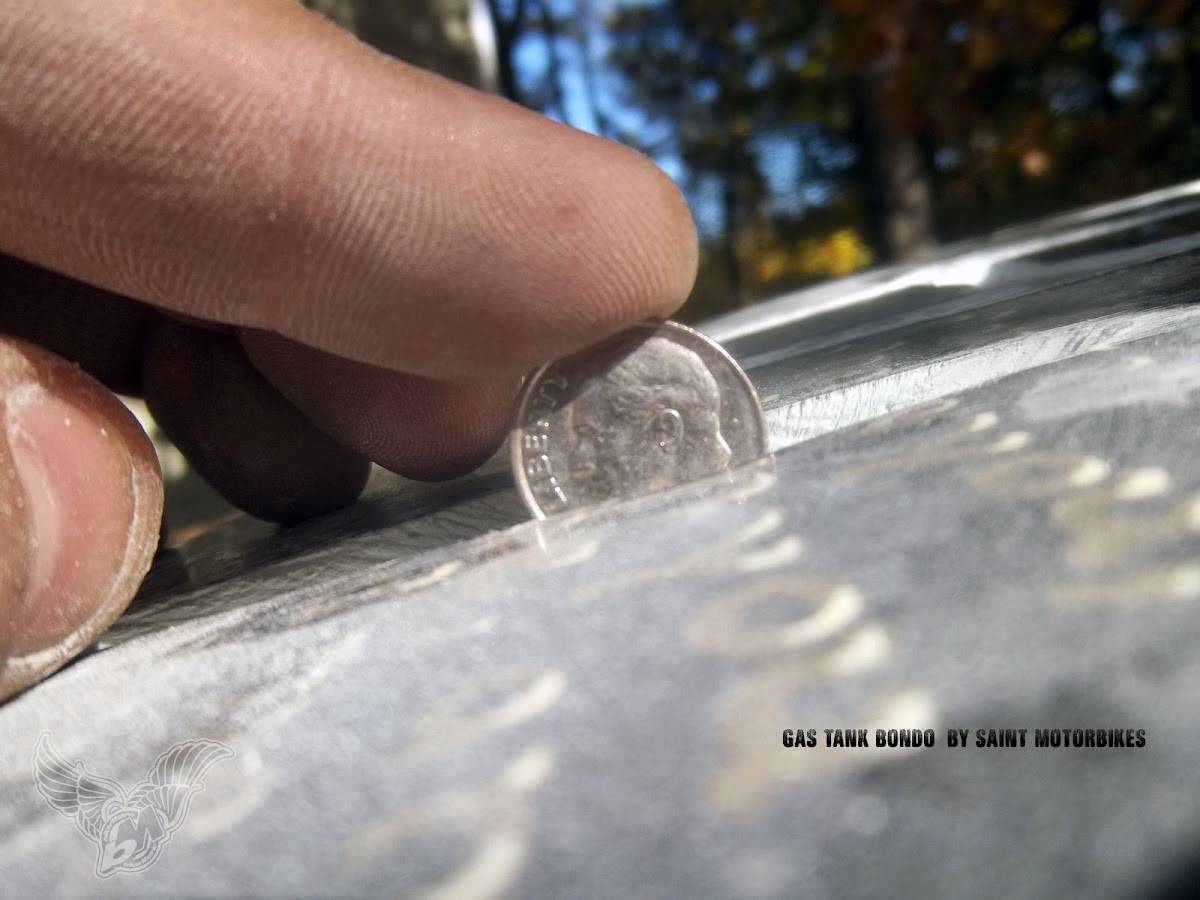 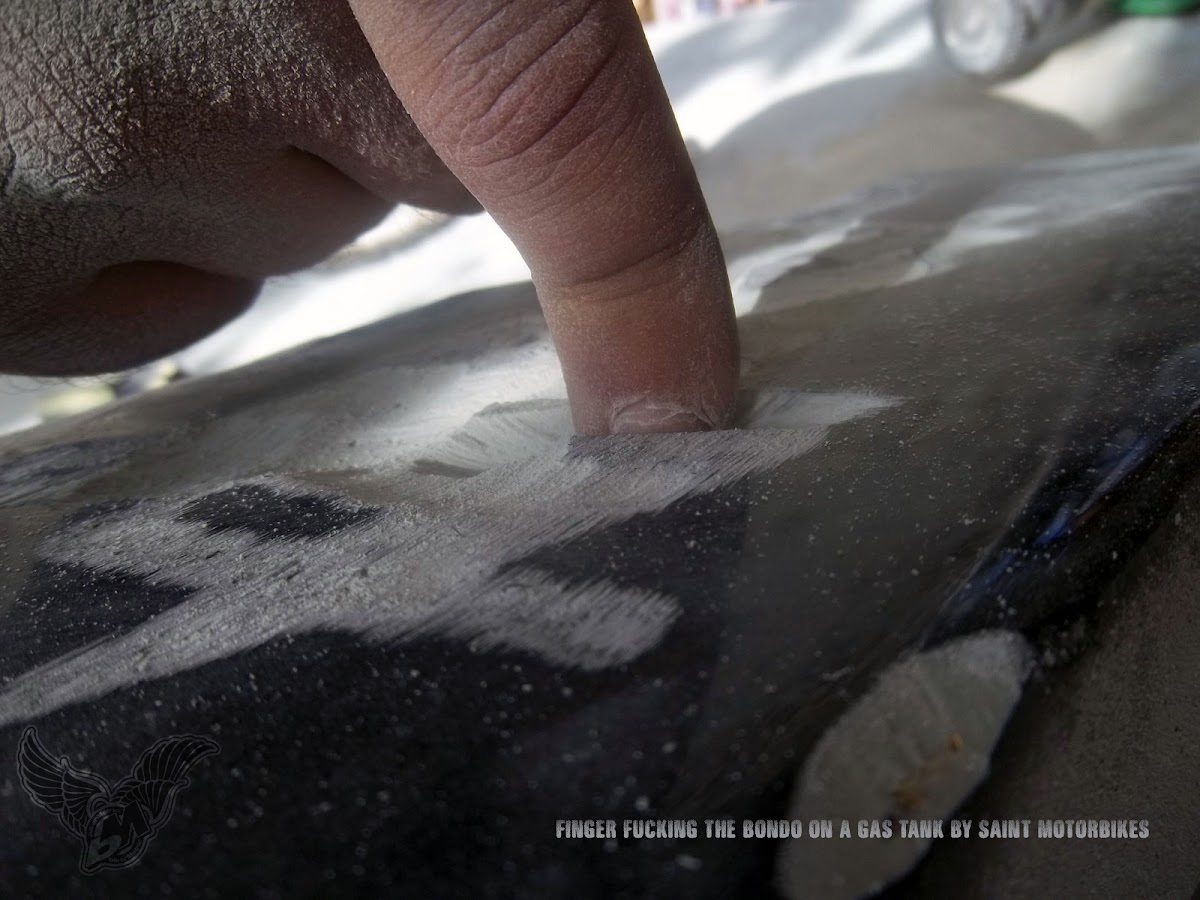 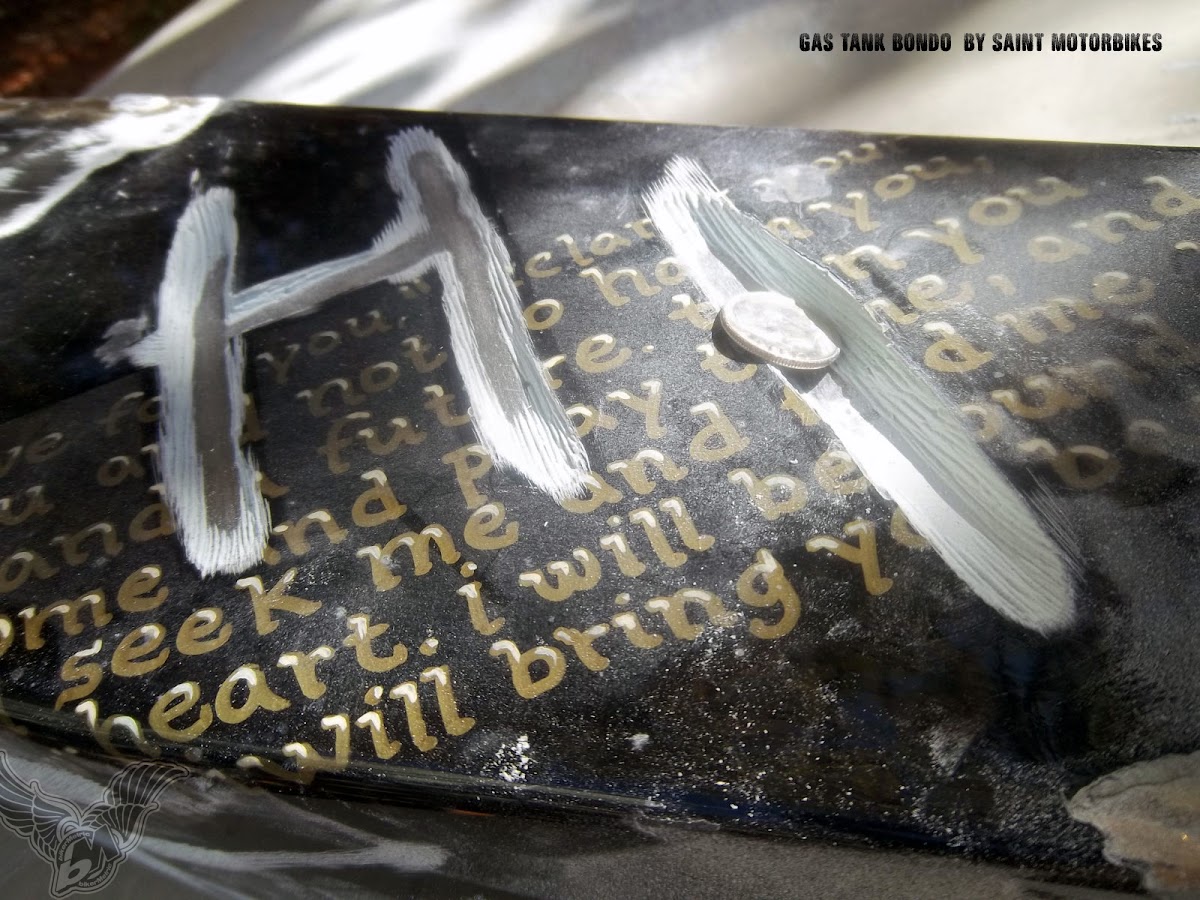 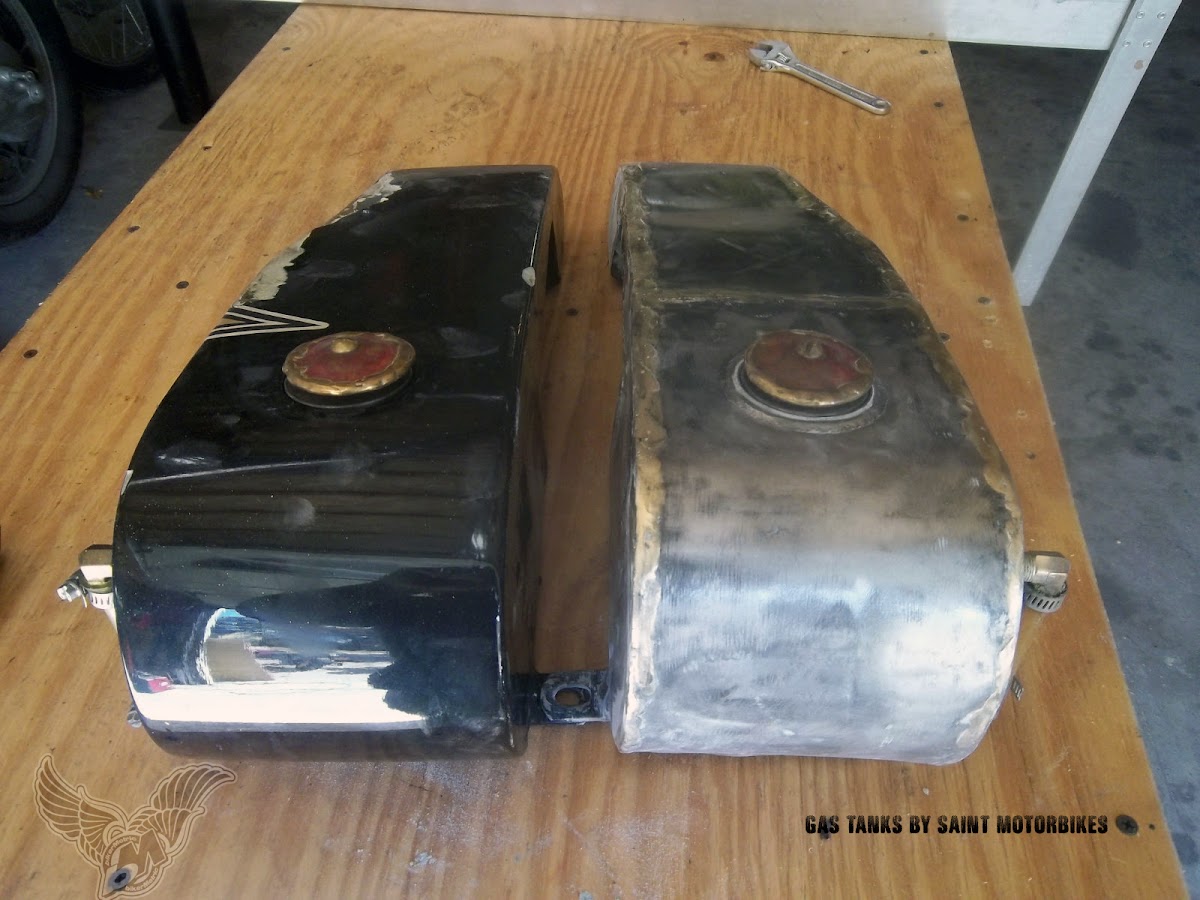 video and death defying resurrection of the FREEDOM or DEATH MACHINE.

okay. so they’re leaky. it’s only been 17 months. the bike has been stored in garages all that time. limey kept gas in her tanks for a few of those, but from march until july it was empty of all fluids and wasn’t refilled for rides until then.

it was then when eric and i had a serious conversation and i told him why the tank was bubbling and would soon be leaking. why the footpeg mounts were as off center as the original handlebars. why the front end wobbled. why i gave up so much because i believed in the builder. why now, i didn’t trust the frame to be straight…

we drank beer and stared at it. then we drank more beer and realized what an incredible undertaking it would be.

as outsider art from a retarded boy, these tanks are cool. as purpose-filled, gasoline leaking, measured-by-anti-psychotic-pill-width containers of combustible death rocket motor fuel, not so cool.

we searched for the o-rings. none were to be found. 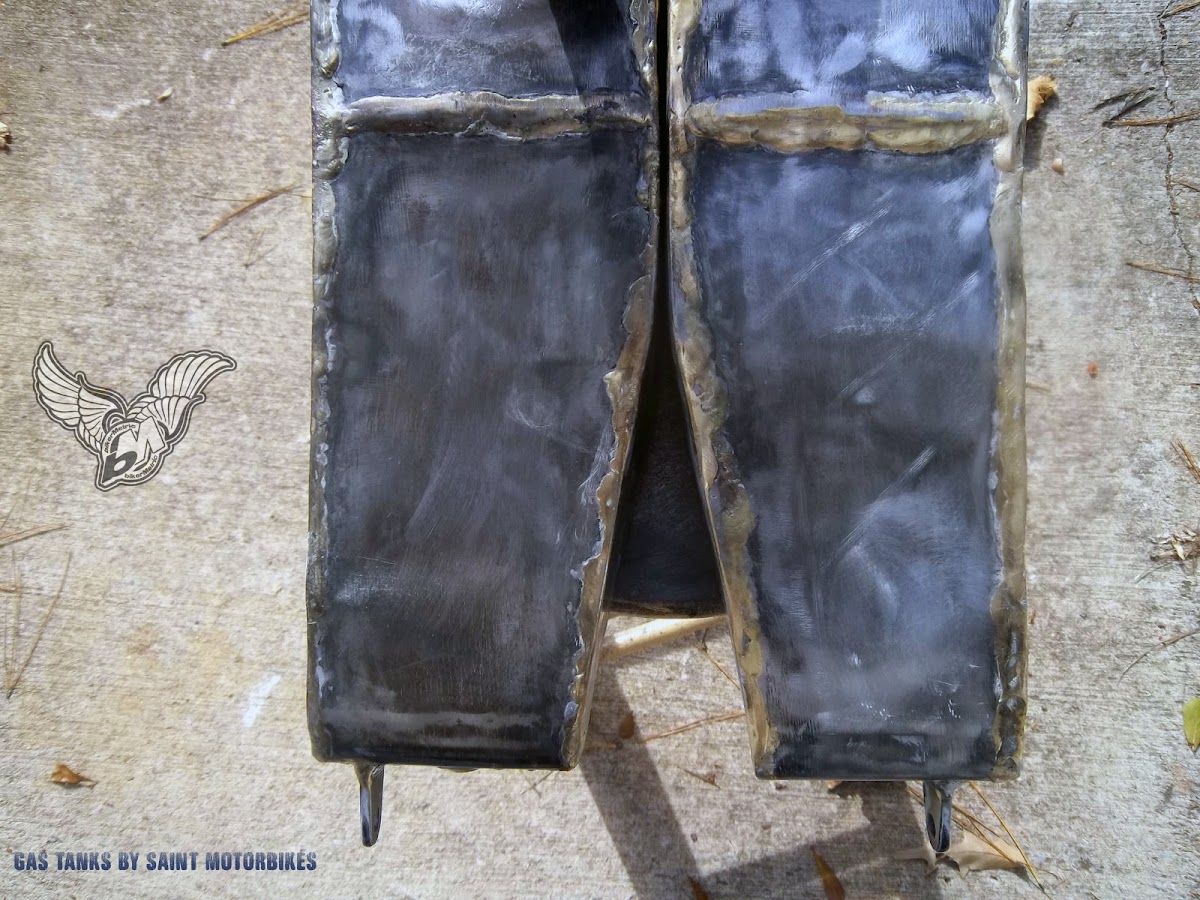 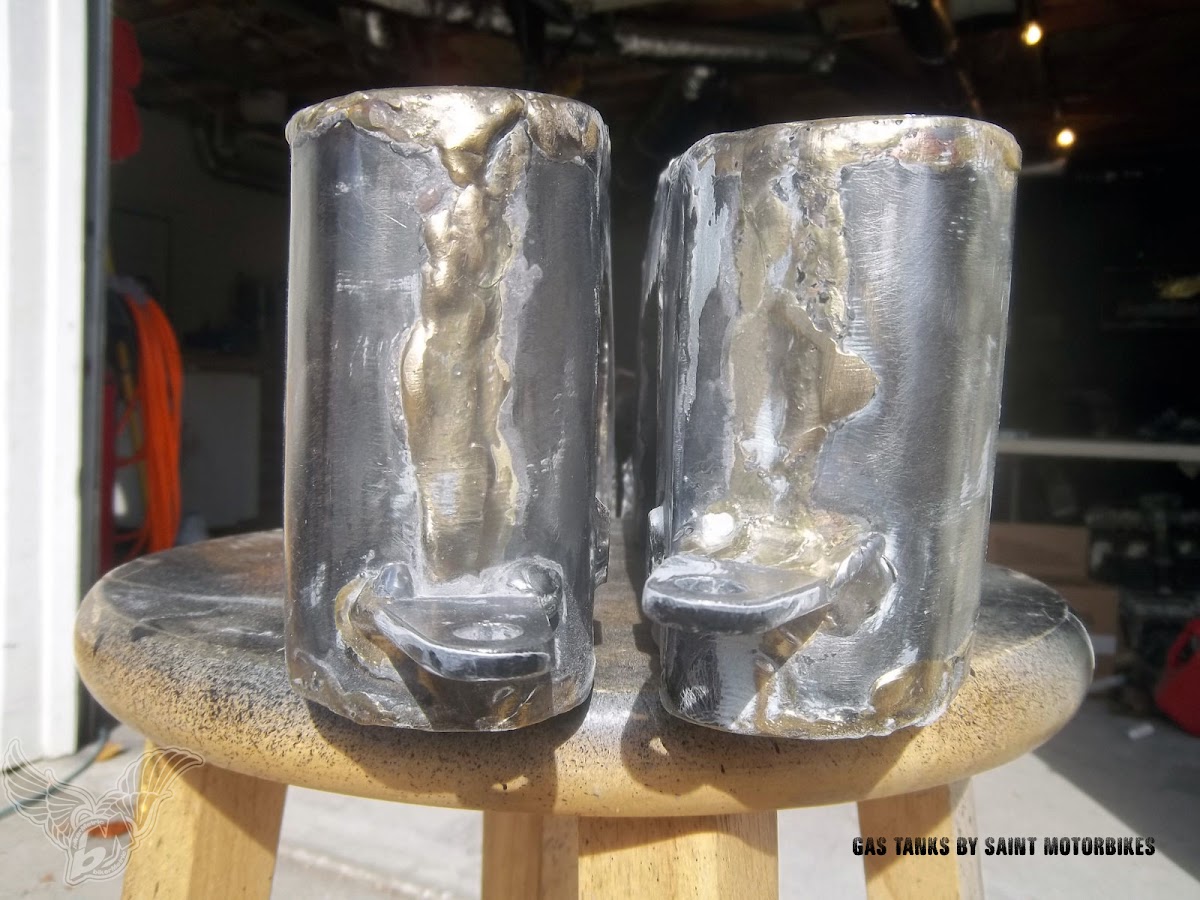 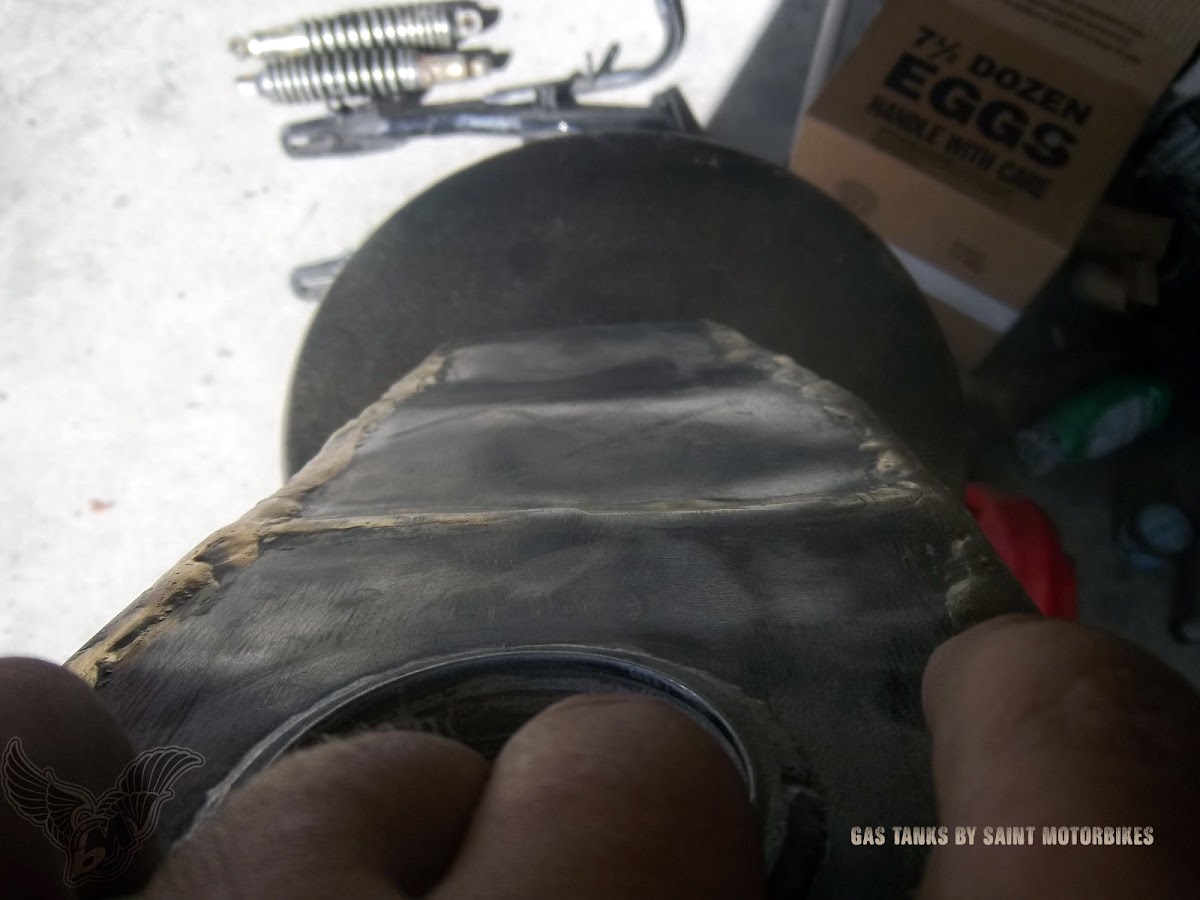 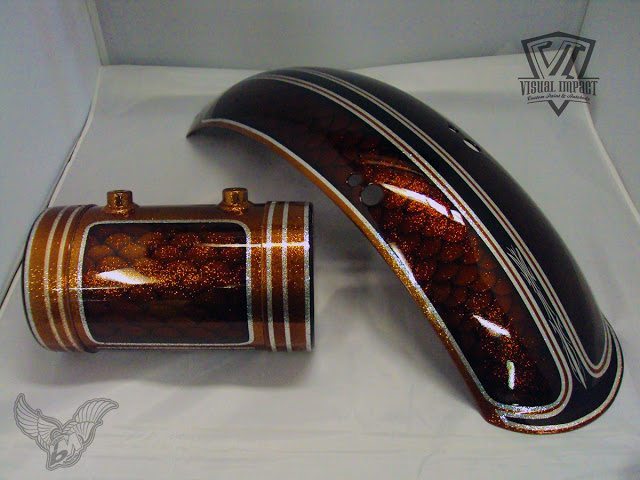 mike from visual impact sent some pix of the new paint work ... 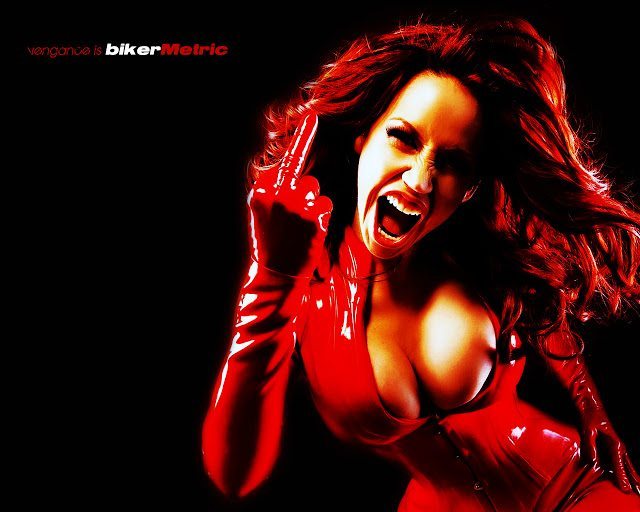 MORE FROM THE “BROS. AND CUSTOM HANDLEBARS BY ZOMBIE PERFORMANCE when last ... 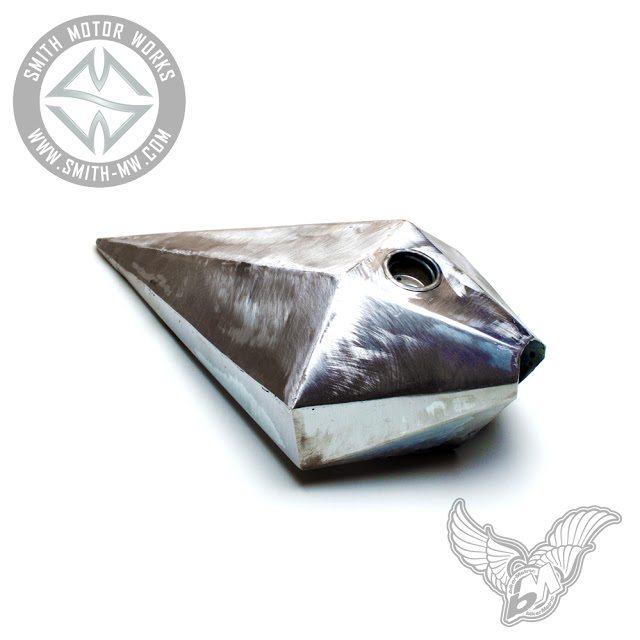 besides being in the process of making new gas tanks for the ...