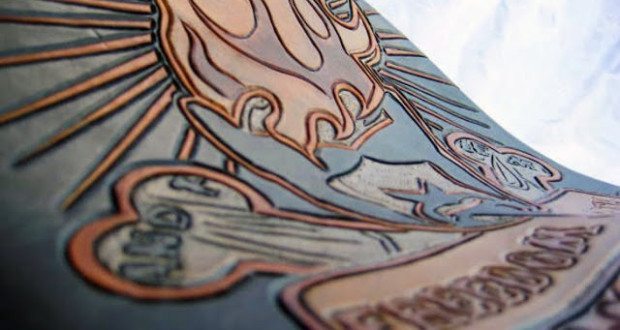 freedom or death build #9: in transit!

Well motherf***ers, it’s happening. There are a few little touch-ups to do for the FREEDOM OR DEATH MACHINE when she arrives tomorrow, such as putting on the phenomenal saddle using my old “misteradiant” logo, and some massaging of throttle lines and a site gauge, she is supposed to ride into the party at the Dirty Dog and cause a racket. 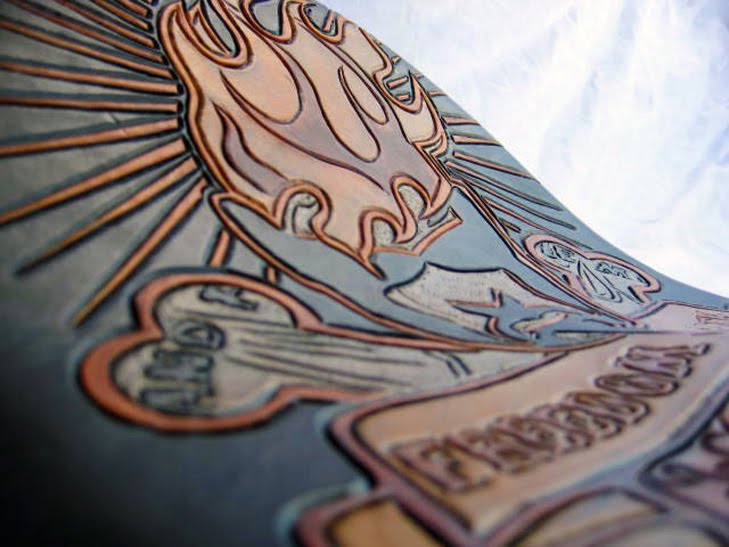 Then some foxy tattooed trailer trash roller derby babes are going to drape themselves all over it while photos of the whole scene are taken.

Here are a few pix from this morning, just before she was loaded into the truck: 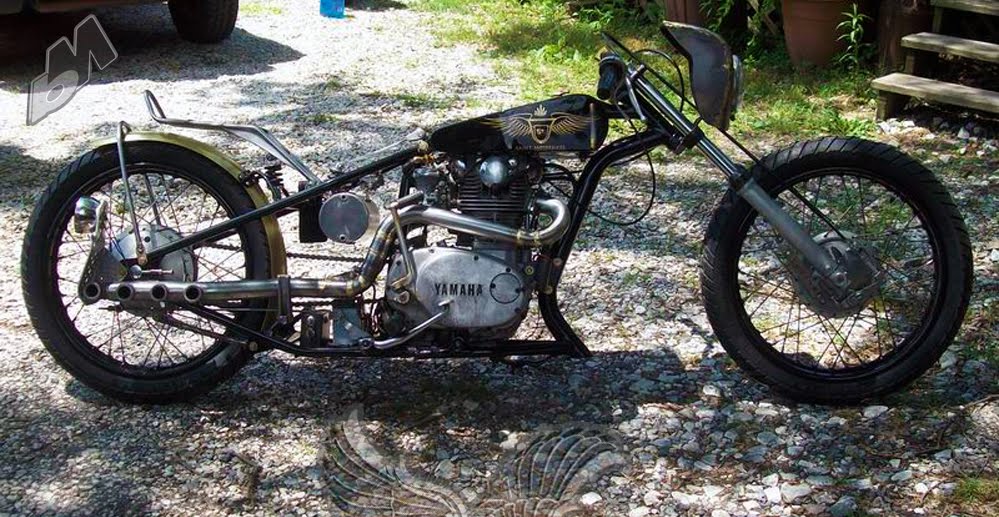 It isn’t exactly as I hoped it would be. I wanted much of what you see here, such as the extreme downtube, the headlight cowl, the 2-into-1 exhaust, the 21″ wheels and Distanzia tires, and the flat sides of the tanks. I also wanted the spokes painted and the downtube to be one smooth curve, but oh well. Still, I got something a bit rough around the edges because I was sick of owning a bike I had to polish for an hour every week. My design ideas are the bike you see here. 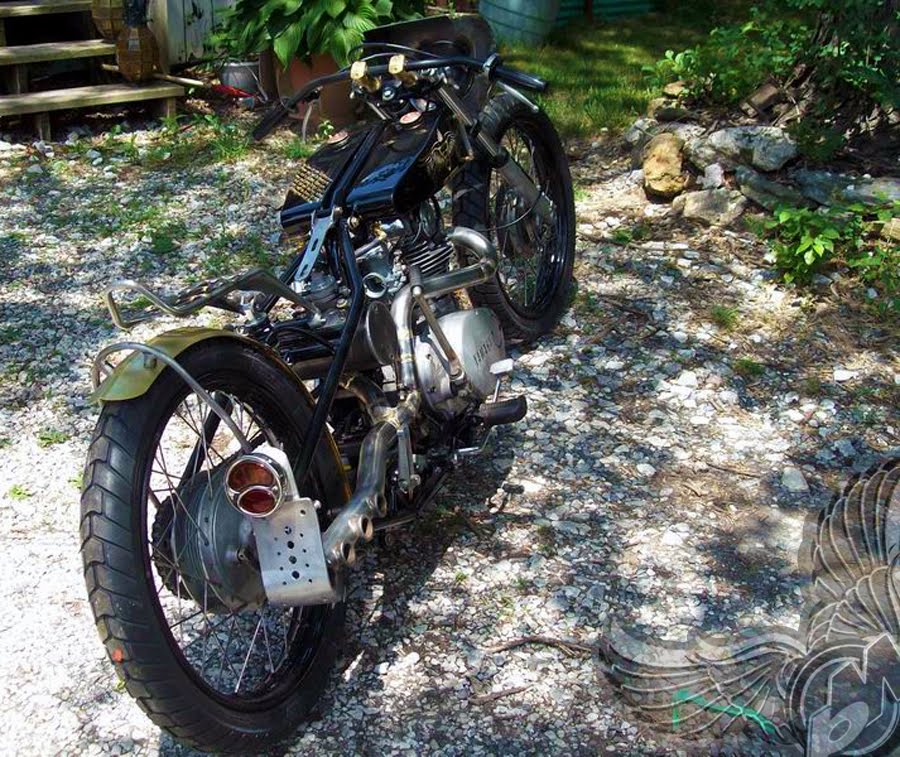 I’m sure Shinya Kimura would be flattered by the exhaust Jeff created from the kit generously donated by Biltwell. 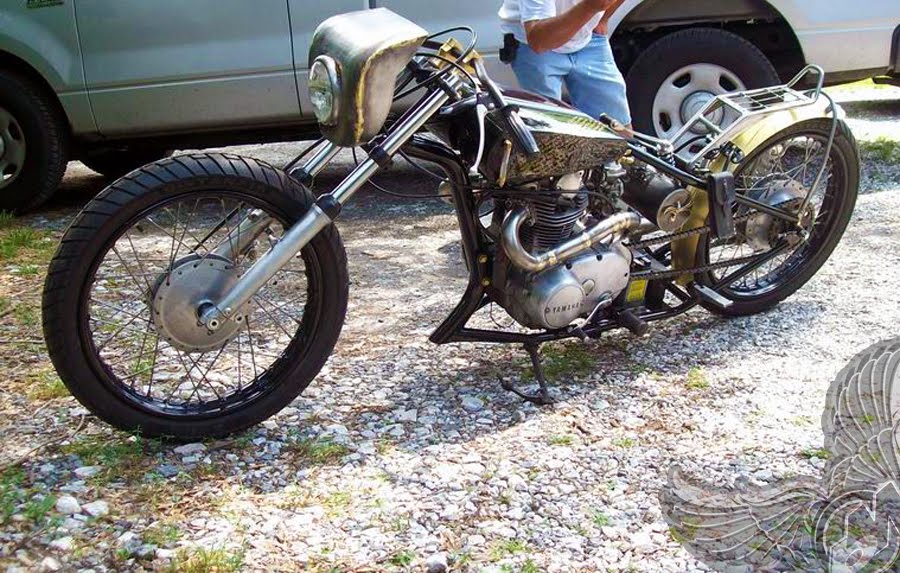 For the seat, I gave the maker a very detailed and colorful graphic design and he created a hand-tooled leather saddle that is nothing short of spectacular. 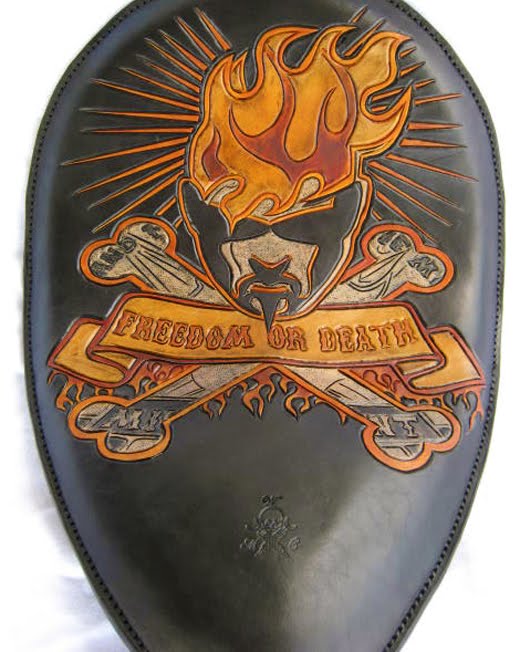 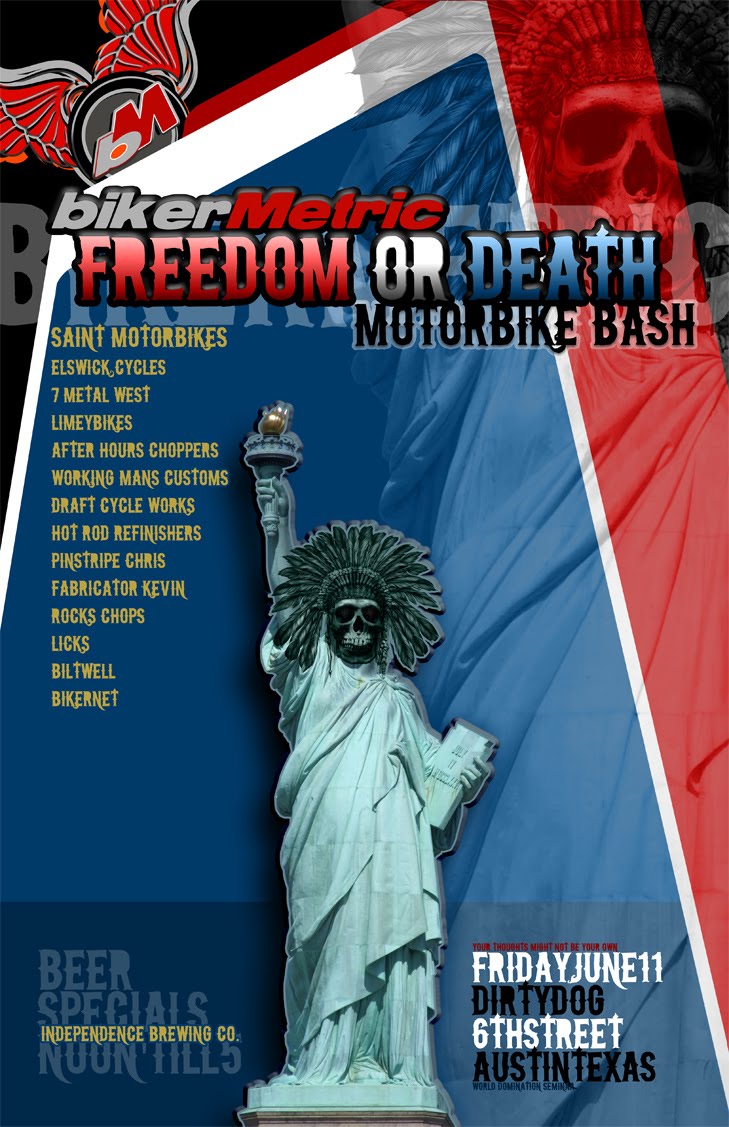 There is so much more to tell, and so many more people to thank, but that will have to wait until Sunday or Monday.

For those of you showing up to our bash tomorrow, I’ll thank you in person and get you a beer that we can cheer to Bandit from Bikernet, who bought it for you.