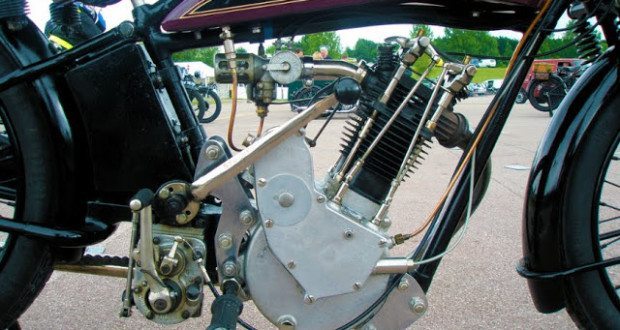 Here are a few images and a little history about the rare Duzmo. 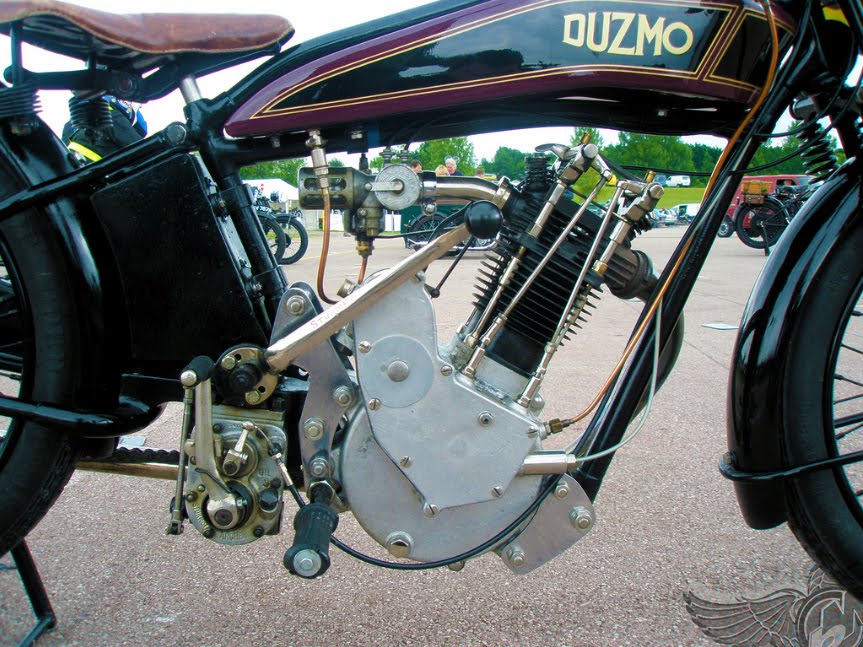 Duzmo motorbikes were manufactured from 1919 to 1923. The company name is said to be a humorous take of “does more.” The original Duzmo engine seen above was relatively advanced in design for the times and was a 496cc SOHV single with a detachable head, an aluminium piston, and was pressure lubed.

The founder of Duzmo was John Wallace, who had been obsessed with motorbikes since visiting a motorcycle exhibition when he was 15. At 17 he managed to get work as a test rider for J.A. Prestwich. John raced at Brooklands but was fired when his young age was discovered.

He spent years studying engineering and in 1918 Wallace began to design a high performance motorcycle engine. 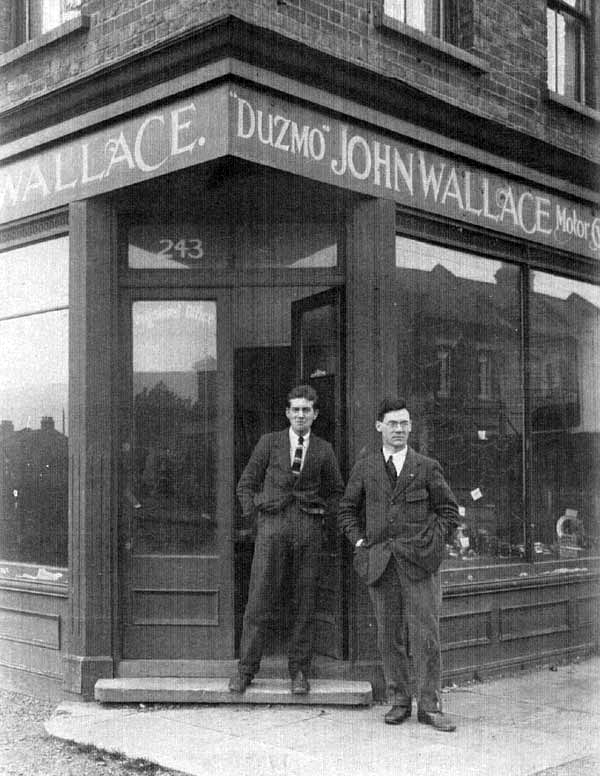 He advertised his engine to any firm wishing to diversify after their war contracts had ended. The Portable Tool & Engineering Company hired Wallace as Chief Designer, planning to sell his engines to other motorcycle manufacturers.

In 1920 a prototype OHV 50-degree V-twin was built. It was the same 496cc single doubled up and had a whopping 8 horsepower. The machine’s success was more than the Portable Tool & Engineering Company could handle and they sold out to Wallace. With that, the Duzmo brand was born.

The Duzmo’s from 1920 were 496cc belt-driven single engines produced by The Advance Motor Manufacturing Co. These machines developed through 1922 with the introduction of a Sturmey Archer gearbox and an all-chain drive. At this point, the 992cc V-twin was produced and fitted with a sidecar which took part in the Brooklands 200 Mile Sidecar Race.

Unfortunately the bike never won and sometimes did not finish. The lack of track success and a souring economy contributed to a lack of new orders. In 1923 only one bike was made, the one pictured at the top of this article. It was the same 496cc, 3.5 horsepower single that was now forward-inclined. You can see this bike at the Whitewebbs Museum of Transport in Enfield, about 20 miles north of London.