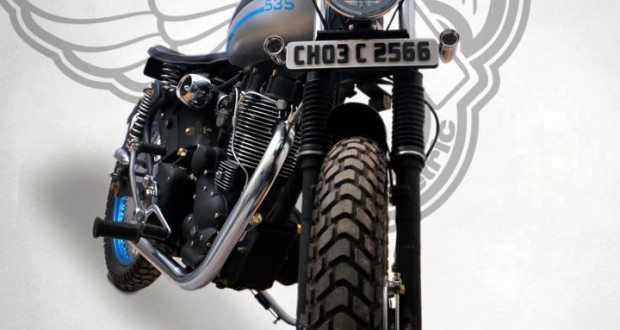 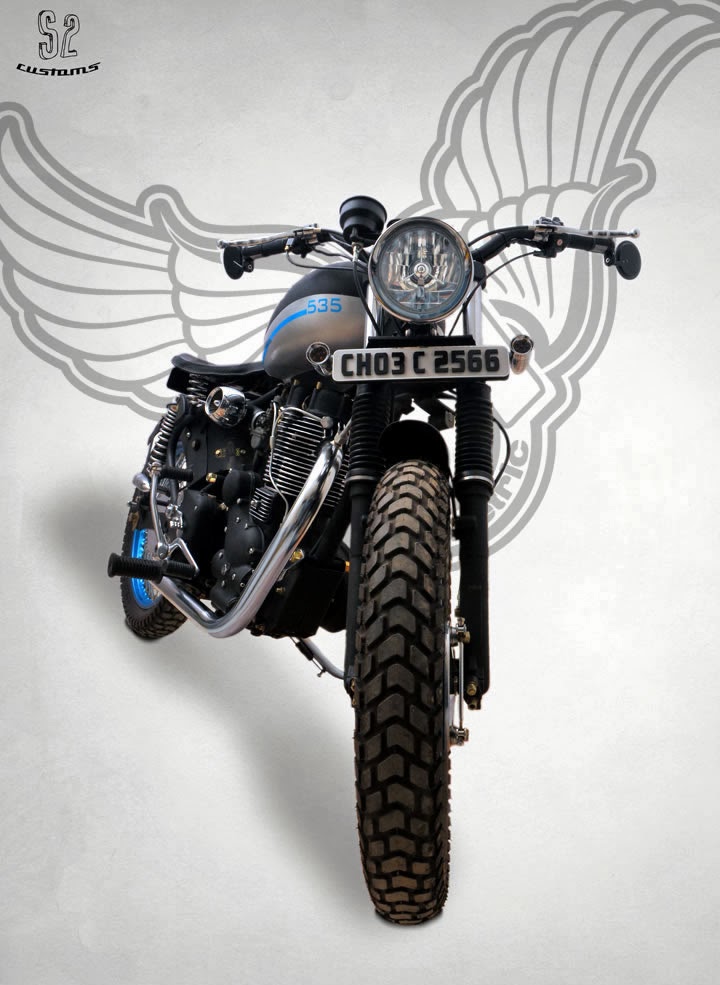 This week we got an email from Manmeet about his new shop, S2 Customs. He started with his father with whom he’d been kicking tires and talking bikes with since his childhood. Manmeet’s from Doaba, in the Punjab region of Indian. The father and son duo plan on working on donor bikes, client bikes, and their own shop bikes.

For their first build we’ve got a head turning custom 2000 Royal Enfield Lightning 535. It’s named Panj So Penti, which is the Punjabi language pronunciation of 535. Witty, eh?

The Royal Enfield Lightning is one of those non-domestic specials. Actually, for India, it’s very domestic as the Royal-Enfield bikes are all made over there. The neat thing about this bike, originally a 500cc single cylinder cast iron engine… oh, and it’s a four speed! 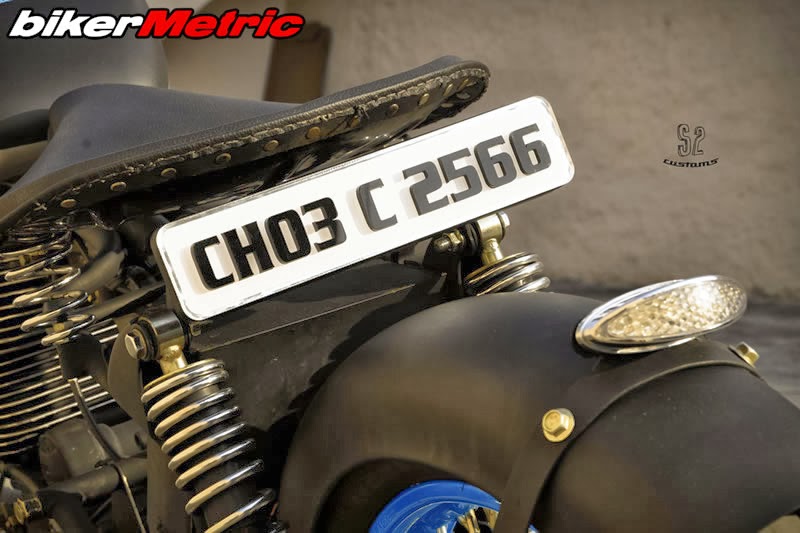 S2 Customs also added a handle mounted rear view mirrors. The engine was been fitted with a performance air filter inside of a jet engine inspired casing. They came up with a custom battery case with ignition switch too. Nice touch.

Manmeet said: “I always wanted to work on my own bike, y’know? A bike I can proudly call my own.” 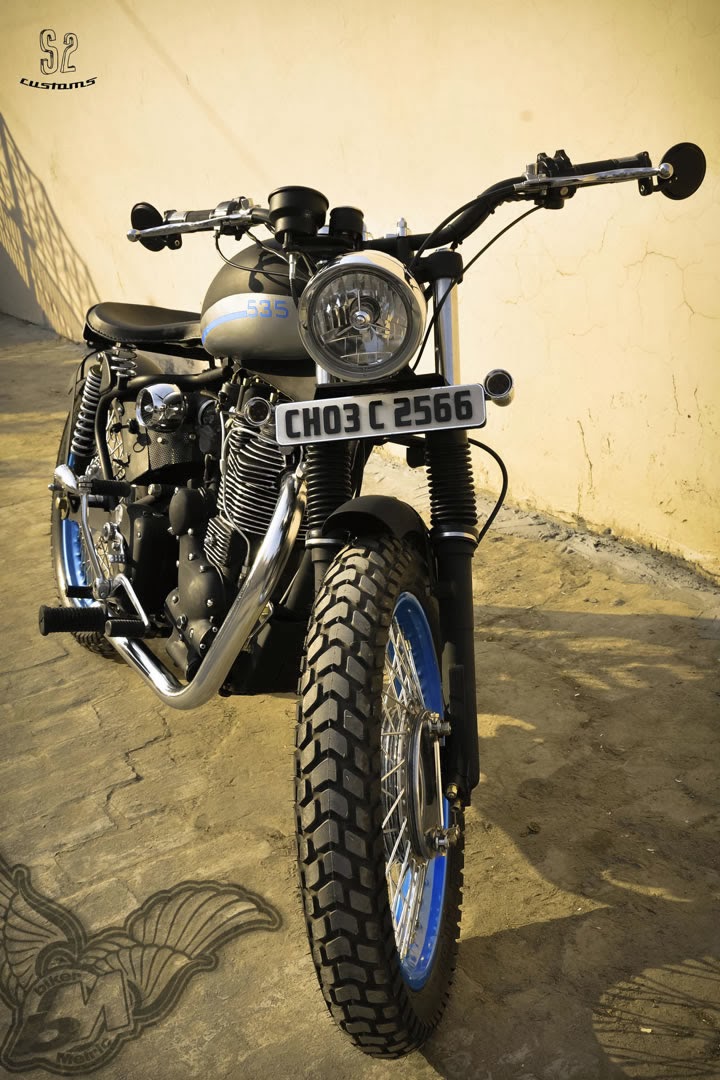 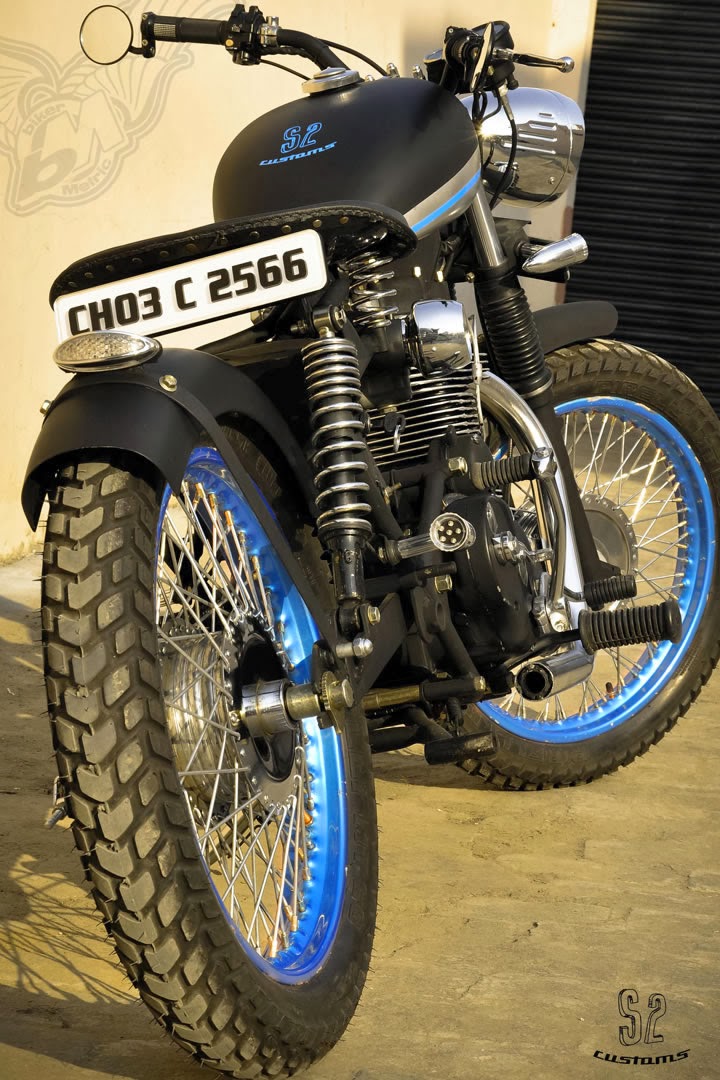 He went on: “After much conversation in the family, especially with my dad, I began working on the bike. The result was a full time custom motorcycle shop. Its still a small one in the back yard of my home. I owned a Royal Enfield when I entered high school, I was around 16 or 17 at that time. Its almost a decade now i am riding the beast.” 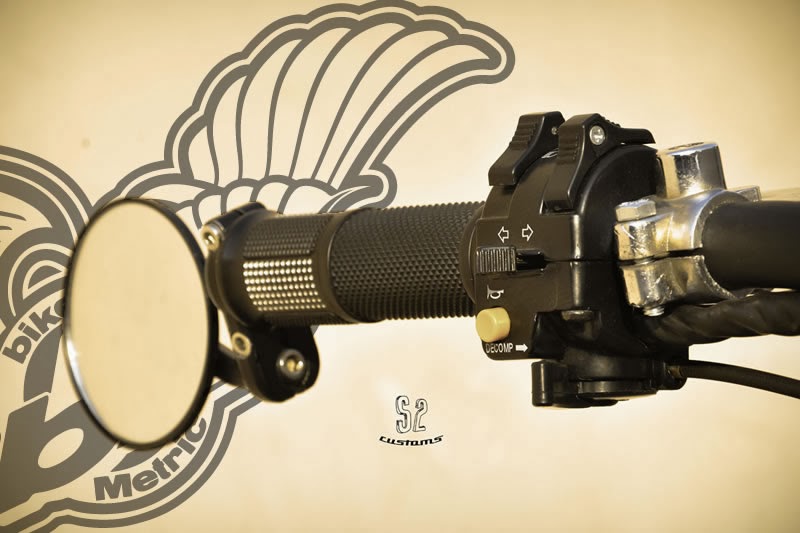 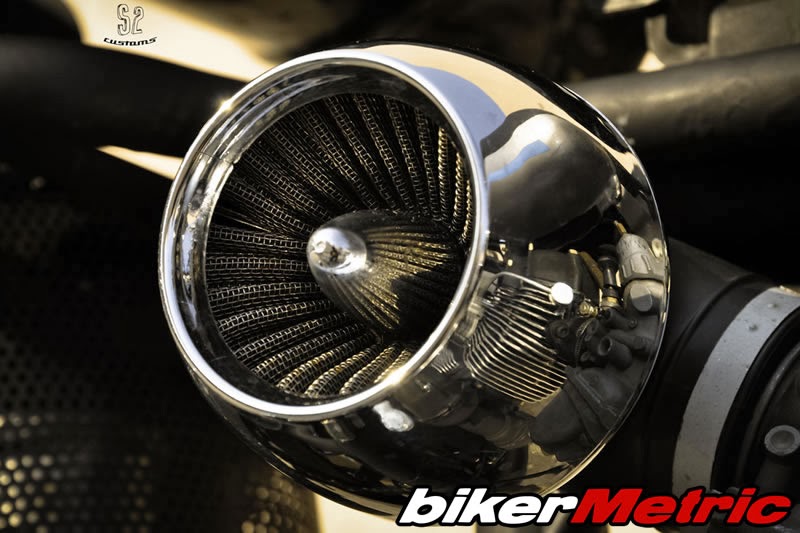 We asked Manmeet what he was doing before motorcycles. “I have worked in some very good animation studios in India. I worked on some of the best T.V. series projects which include Barnyard, Lego the adventures of Clutchpowers, Penguins of Madagascar, Ben 10, the Alien Force etc. I’ve been running my own freelance studio for two years now. I decided to step forward and pursue what I’ve dreamt of since I was a teenager.”

Rock on Manmeet, all the power to you brother! Be sure to check out S2 Customs on Facebook. 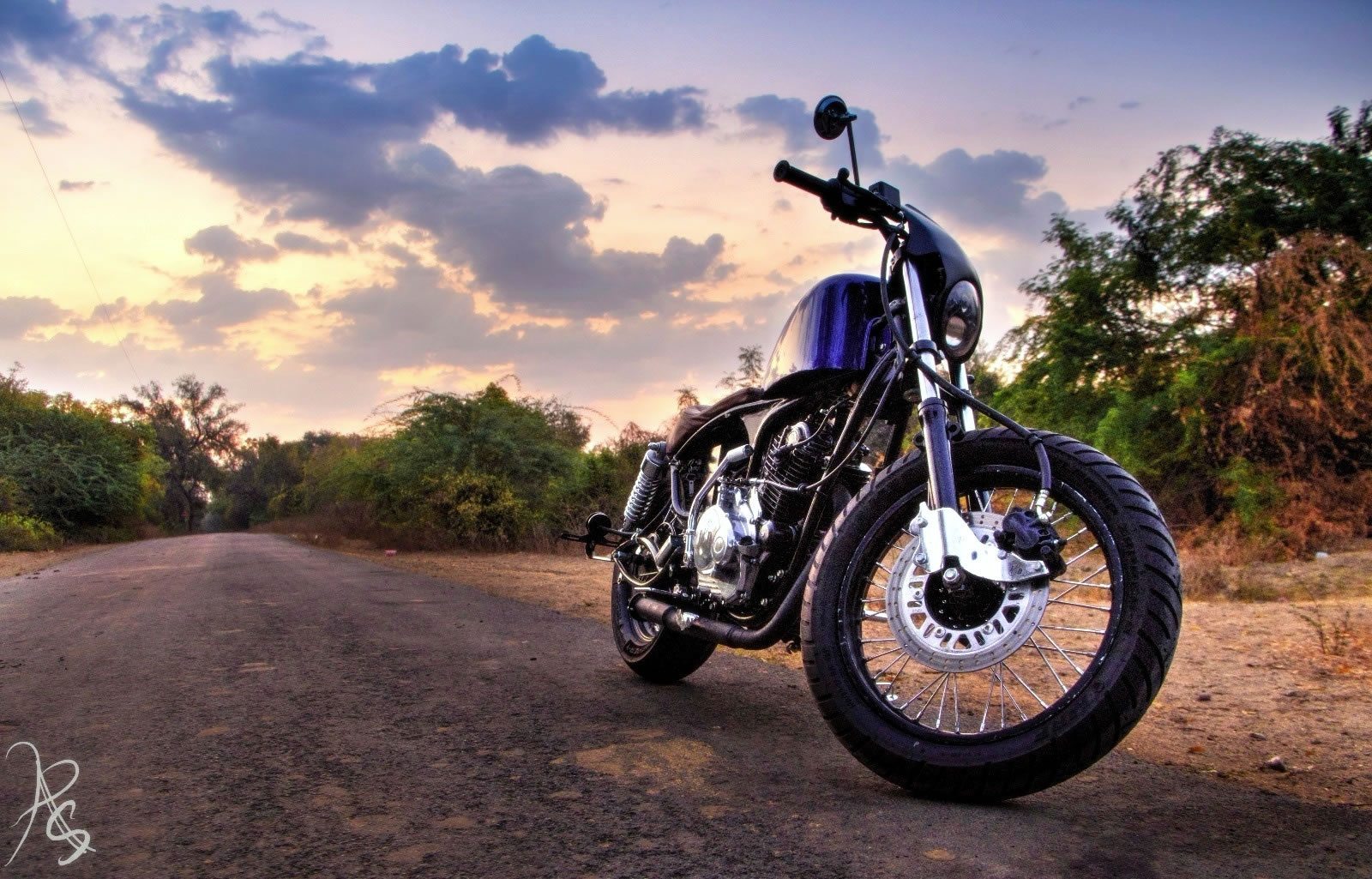 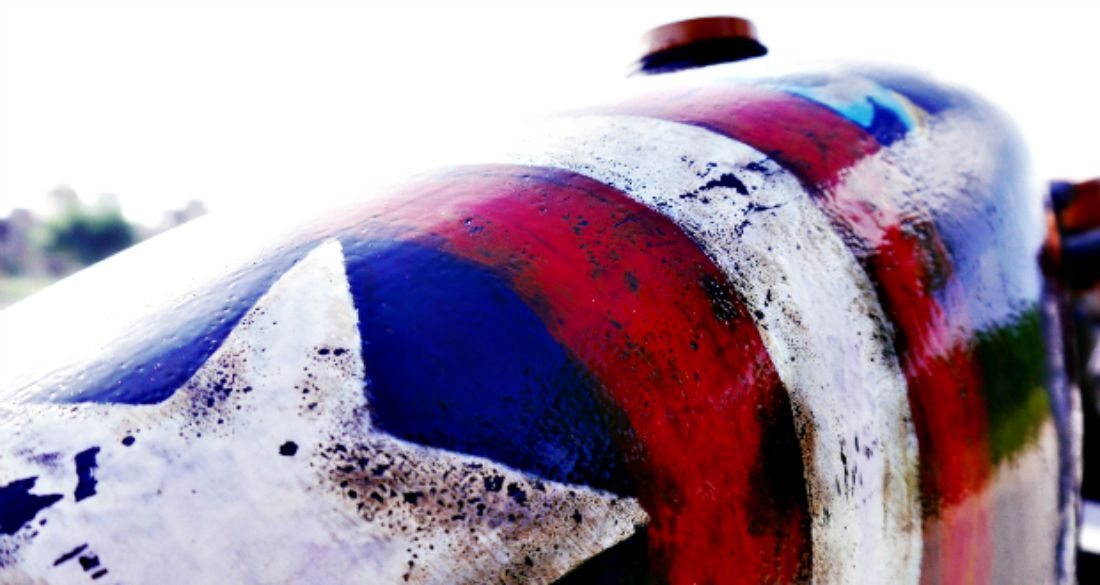