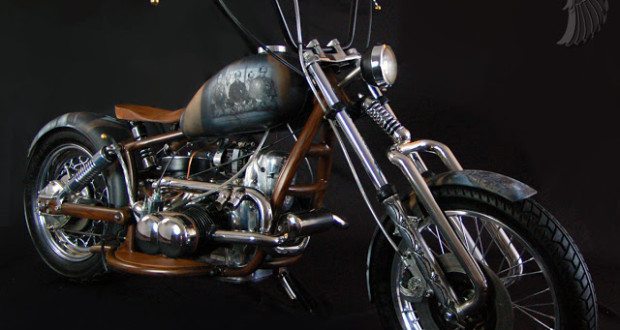 Posted by: Trent Reker in Uncategorized May 1, 2011 8 Comments

today i received a nice email from a polish **** named slawek. he wrote, “you are one of few in US who write about metric bikes, only HD and HD!” 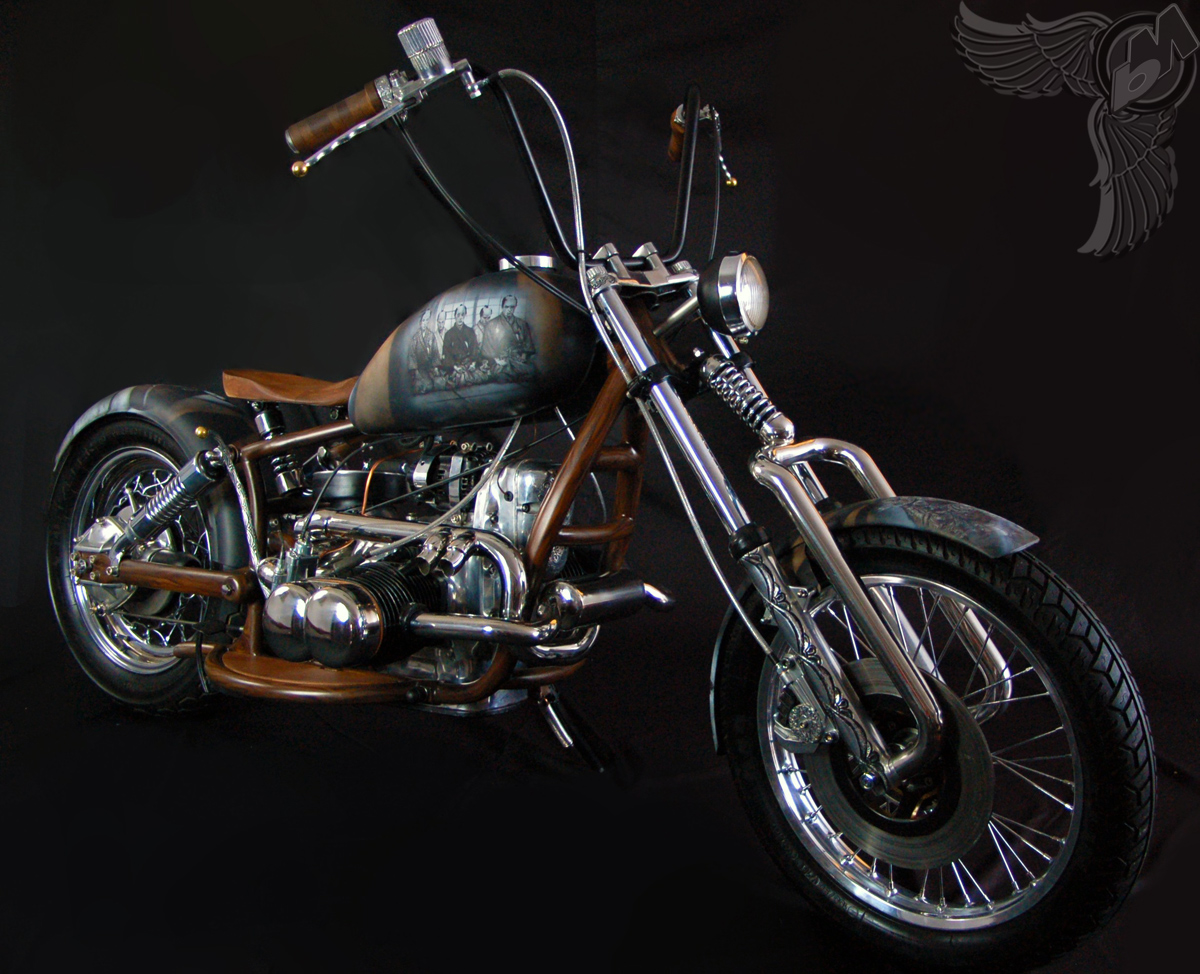 yes. bikerMetric is the worldwide destination for everything that isn’t what you can find everywhere else. 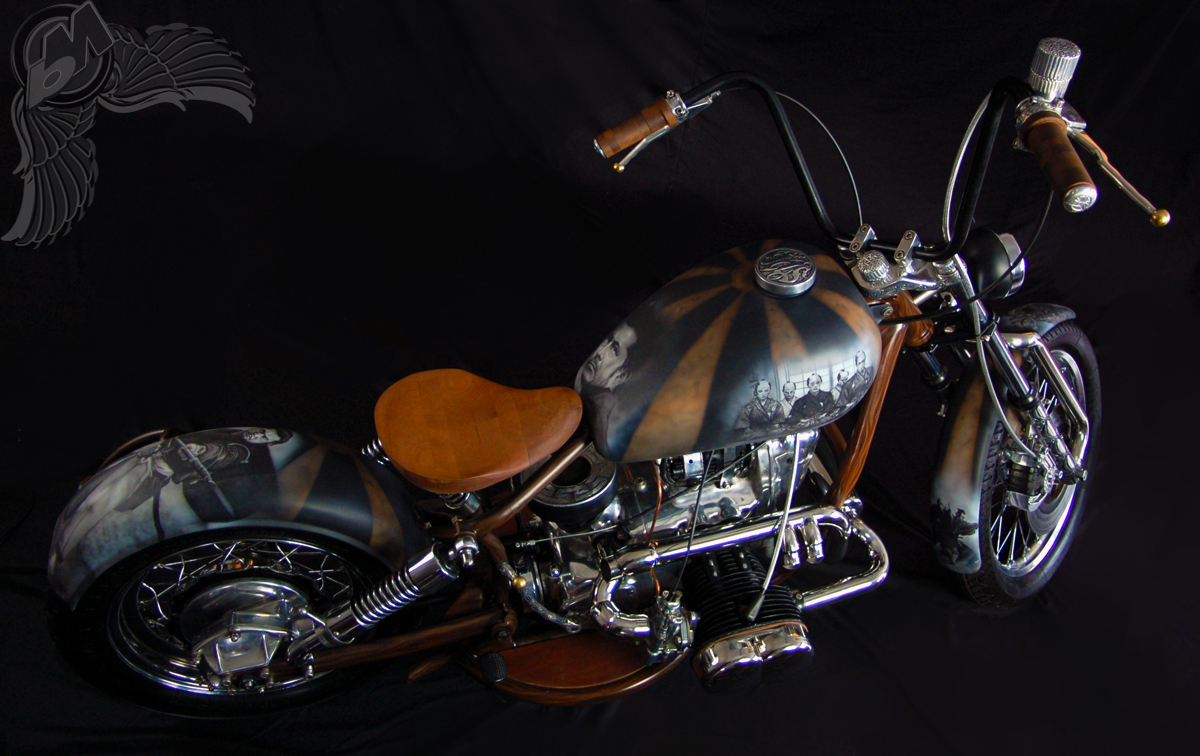 he claims to be 18 and “the youngest polish custom bike builder in europe.” i have no way of verifying this, although he’s been building bikes since 2006, which would have made him 13. prodigies have been known to come from poland. frédéric chopin, for one.

maybe obama can help him locate his birth certificate.

don’t ask me for mine. i’m an alien from the planet quiznos. i can take you there for only fifteen bucks. but you have to drive and be hungry. 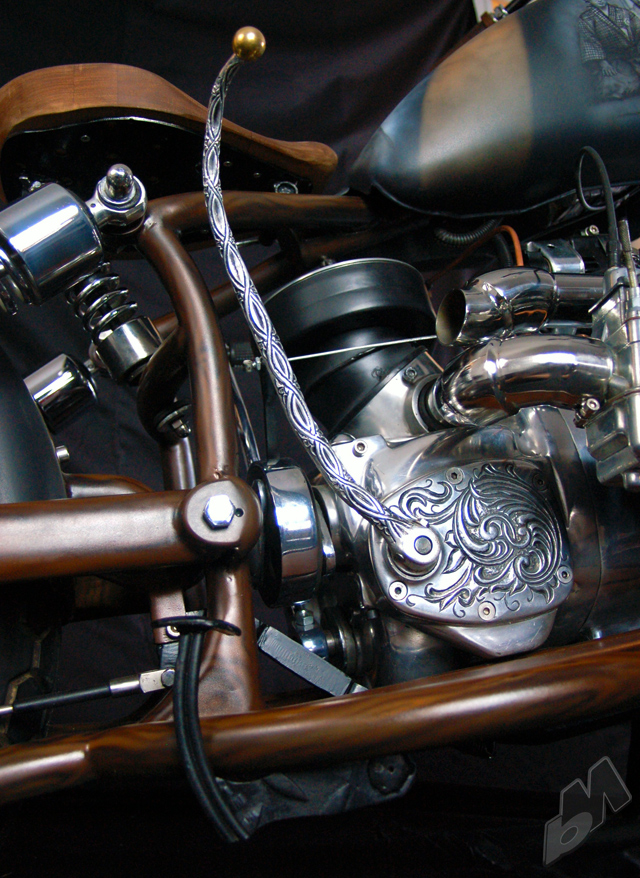 all smarta**edness aside, slawek’s built a few cool bikes. he does everything from metal fab to paint. 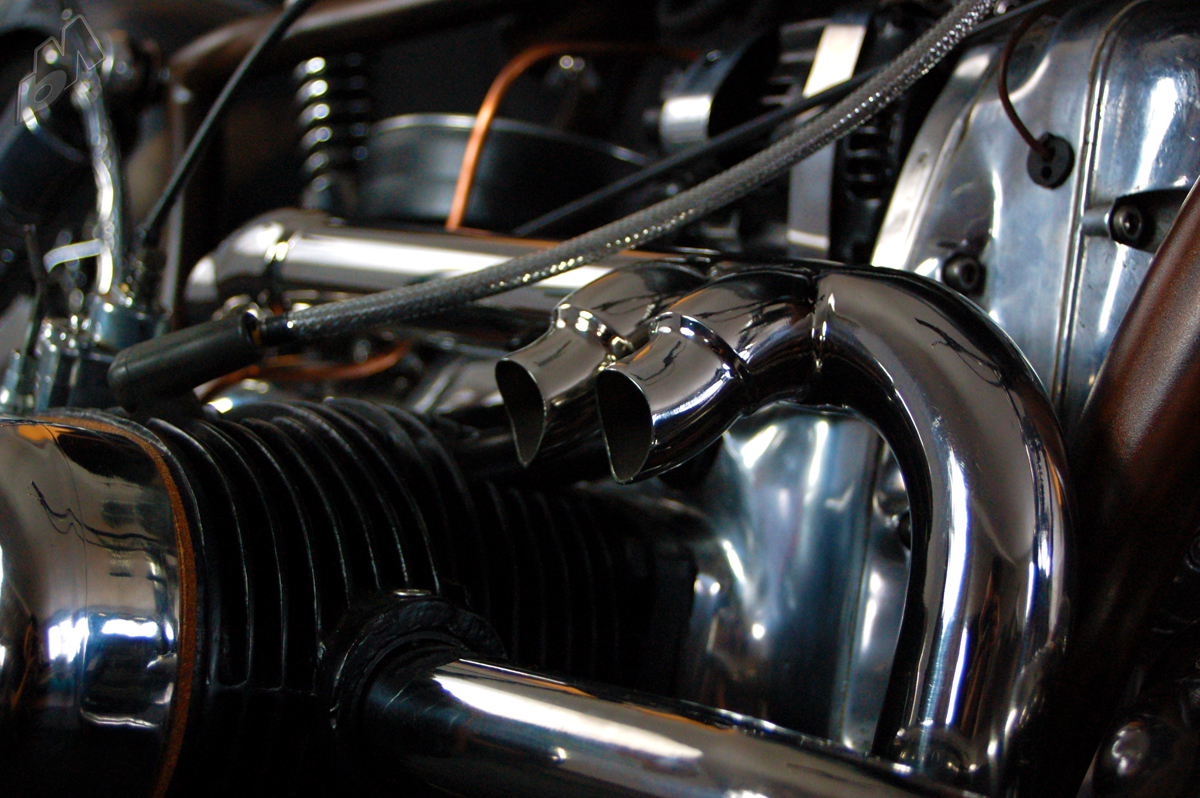 [EDIT 05.02.11]
i’ve gotten a bunch of emails saying no, this bike is a ural. i am no expert on the whole bmw/ural/dneper thing so i have to trust the builder. i know more about *** bikes and learn about euro bikes as i go along with all of you. this is what he wrote to me about the bike today:

“musashi miaymoto” is another unusual project from the poros customs poland. 18 year-old designer slawomir poros jr. has often proved that building on the unusual bases is his domain and hallmark.

this custom was honored at the east european championship of custom bike building, earning fourth place in the custom category and second in the best painting category.

the theme of the project was miaymoto musashi, a legendary sixteenth-century japanese warrior. as a samurai he created his own school of fighting with two swords but his favorite killing tool was the wooden stick. from legends we can find that he has not lost any of his 60 documented fights. he won his first clash when he was 13 years of age.

it is symbolic of this project because at the age of 13 junior took part in the first contest and started construction department in his own team – poros customs.

as the base of the bobber two historic motorcycles were used, a bmw and a ural. as you might guess from the view nothing remaining the original. [note: maybe the internals are bmw in ural casing? i am unsure and honestly don’t have time to research this]

the frame was almost completely rebuilt, even ribs were added to the front and foot platforms. the head angle has also been changed and the motor was “slightly lengthened,” and the front suspension is made from scratch by poros customs.

“this bike, from start to finish, had to be 100% old school, so the traditional springer would not have been enough,” junior stated.

the heart is a bmw and the engine capacity was increased to 750cc. the exhaust and valve covers were custom fabricated by poros customs. for gases not heated the leg of the exhaust, a special “valve” was applied which opens only at very high speeds.

the handlebars grips, pedestals and seat are made of wood from india, remaining true to the musashi, who fought mainly with wooden sticks. other hand-made custom parts are the suicide shifter, brake fluid reservoir, front suspension, and engine covers. 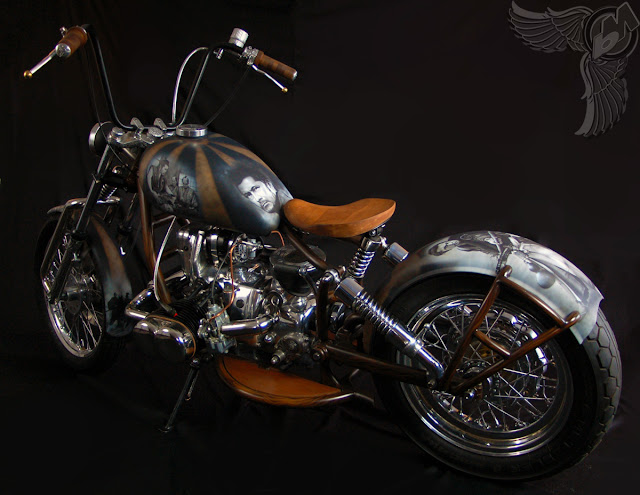 that’s the best i can do while struggling with an obvious language barrier, folks. i’m working on getting more info and you can expect a little interview with slavek in the not-too-distant future. in the meantime, dig his work. it’s tasty like a fried egg sandwich after a hangover.

for more about slawek and his bikes, check out poros customs >>

Previous: new website for some dude in the sticks
Next: from david frost, the dude who hammered nixon, november 2, 2007 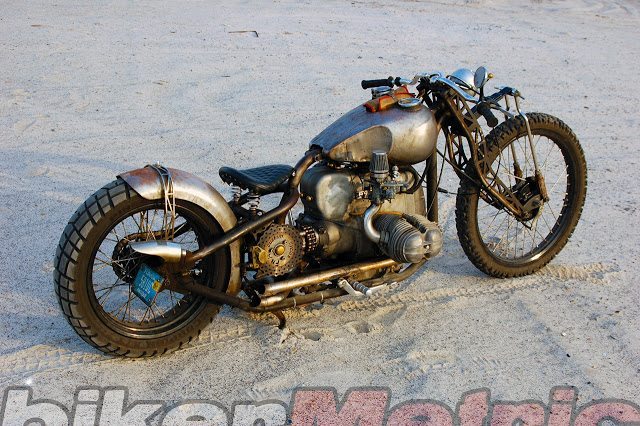 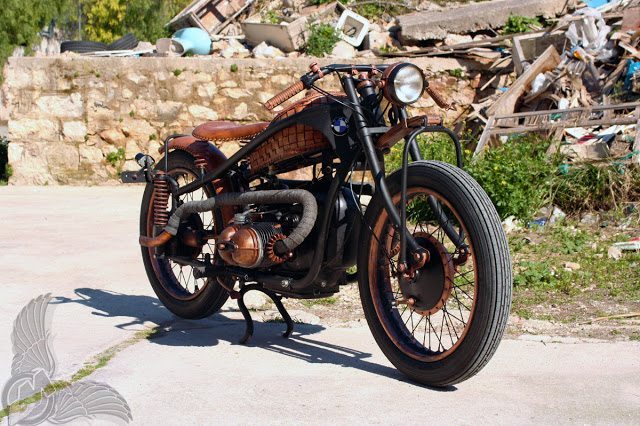