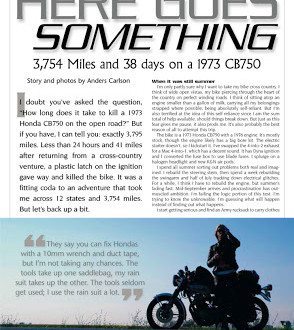 once, i took a train from the wind to the crescent. it was called “the city of new orleans.” it was 1996. the farther south we went, the blacker the travelers became. having spent most of my life in the west, from california and arizona to montana, it was interesting to suddenly become a minority. asians on the west coast didn’t seem to count to me, nor did mexicans when i was a child. i had to check myself and my prejudices. it was good. i love trains. going to have to get back on one soon…

tools wrote and said this guy is a flakebook friend of his but seems cool. i checked him out and found that it was kinda true. kinda because his name is anders, and he’s a *** designer and writer. i hate those guys.

this is an article in motorcycle classics magazine he wrote about his epic motorcycle trip from chicago to new orleans on a kinda ratty cafe 1973/6 honda cb750. he did it round-trip.

right-click the images to open larger ones in a new tab for easier reading. 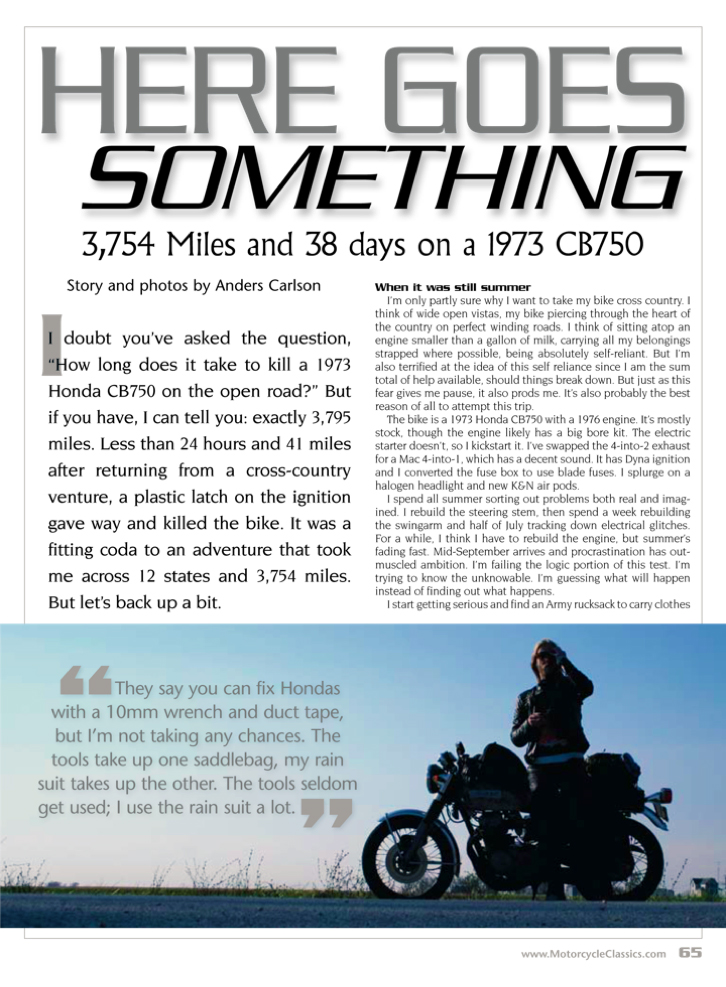 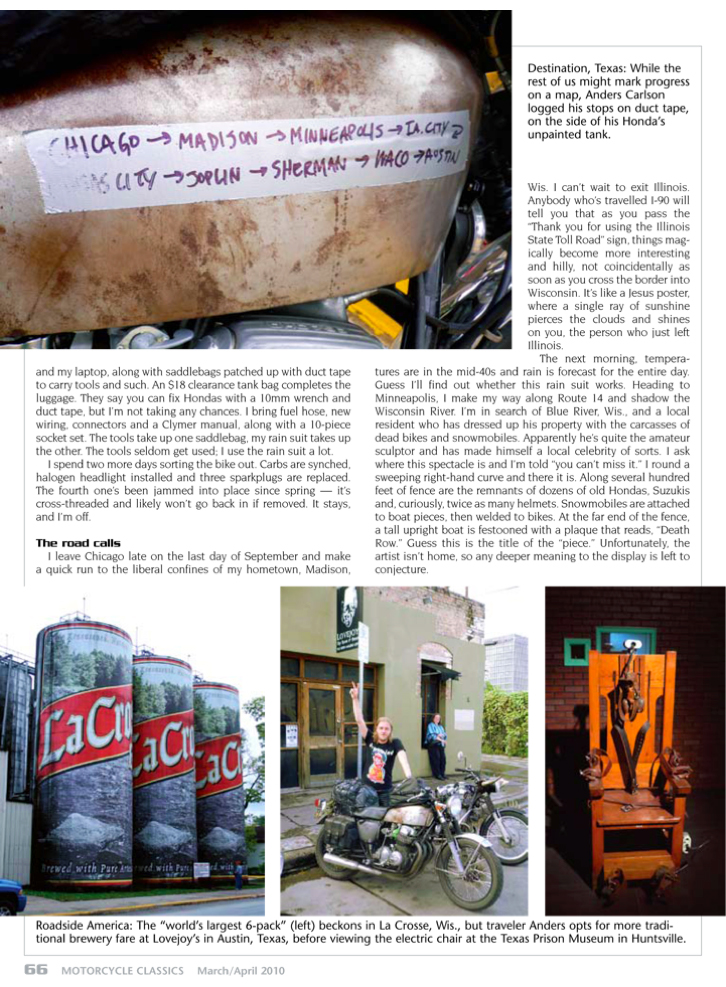 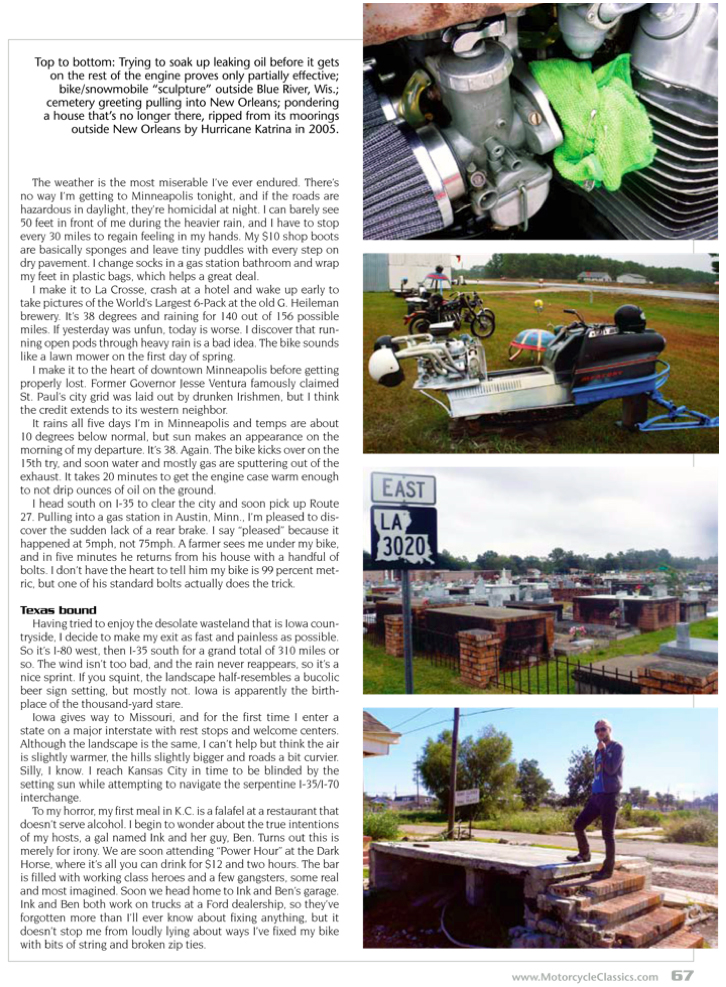 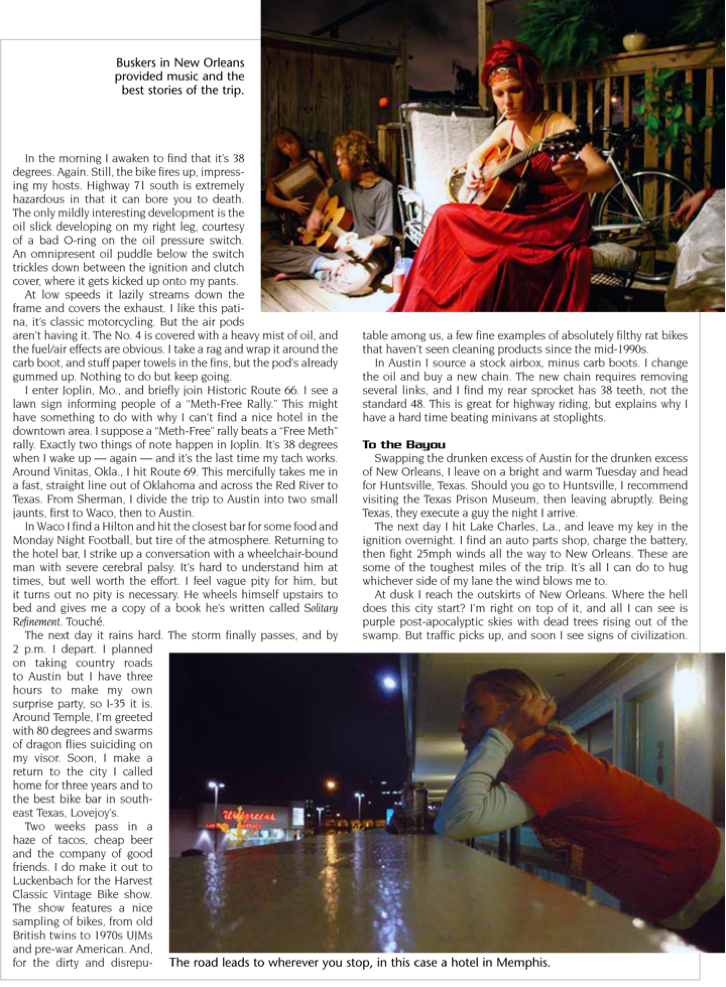 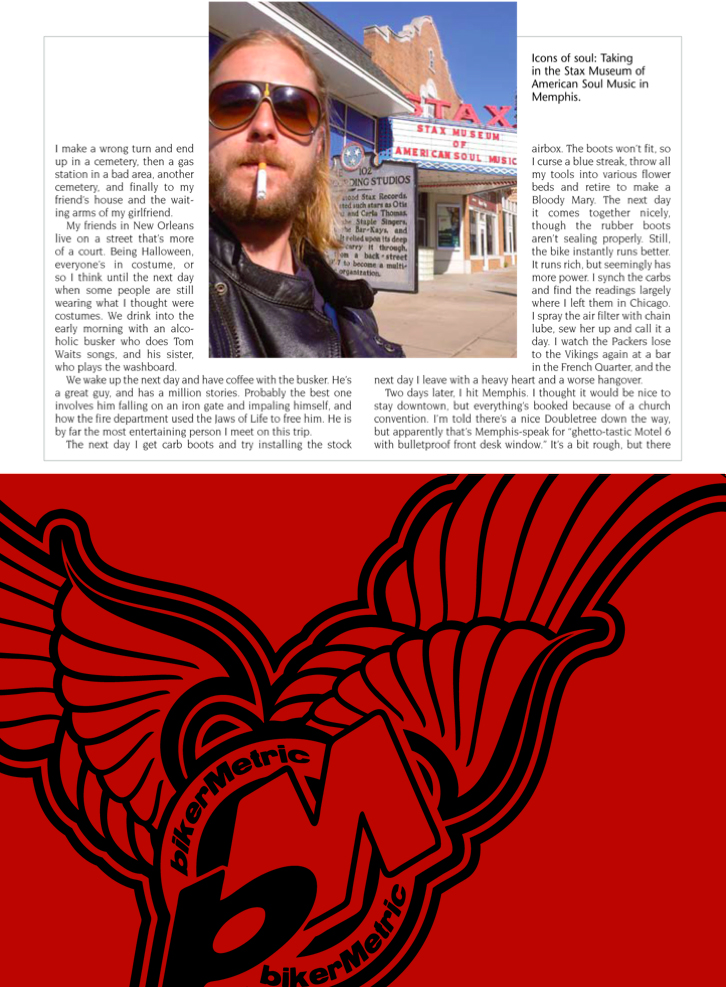 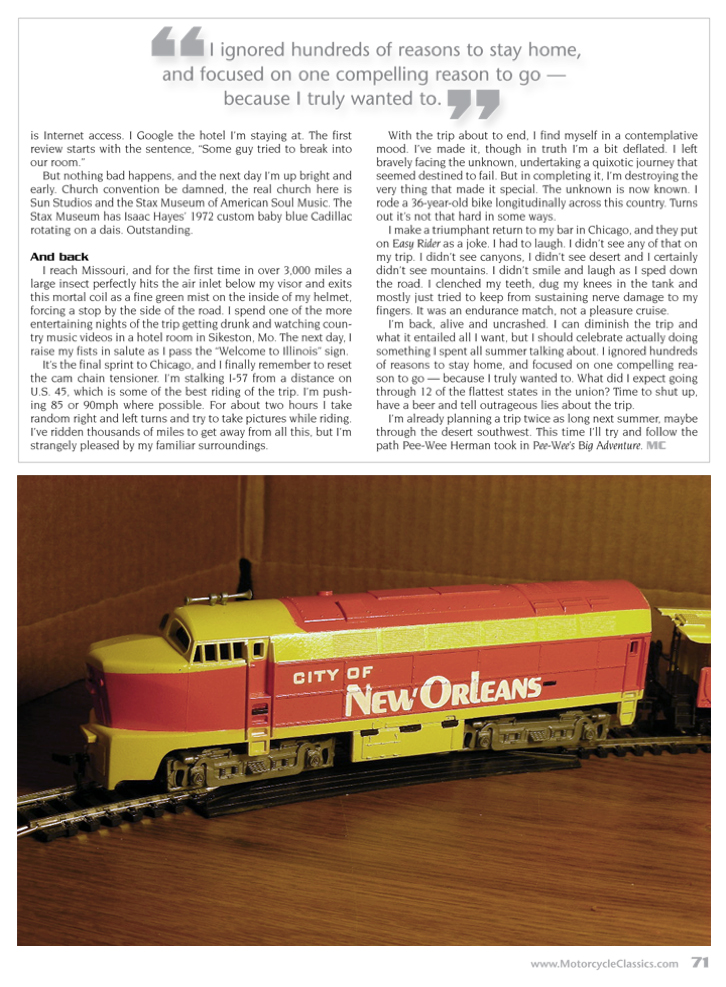